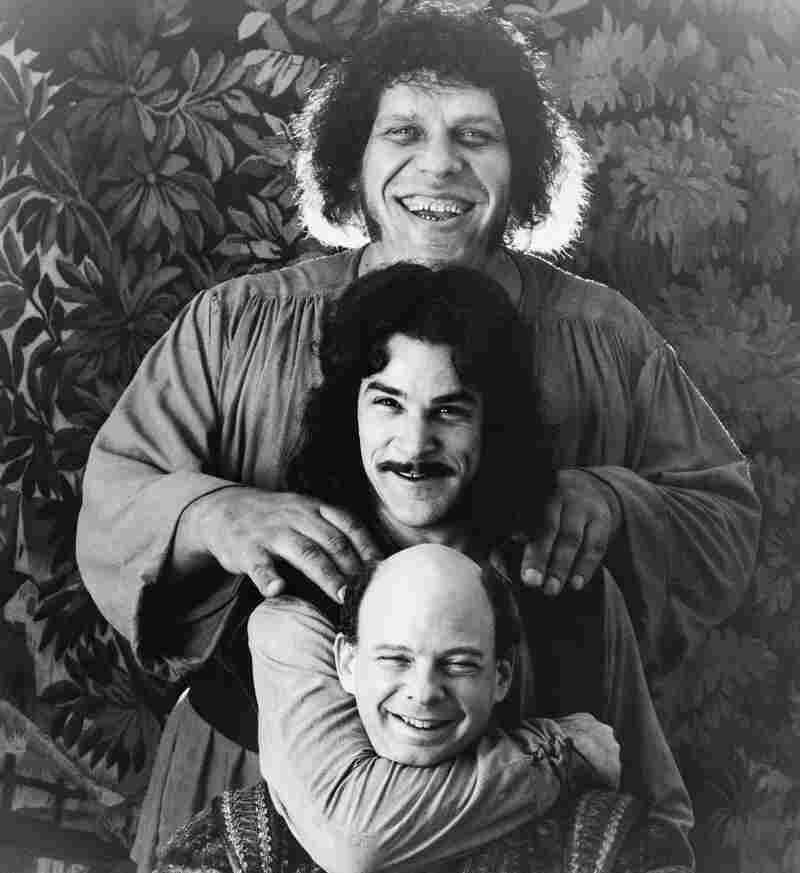 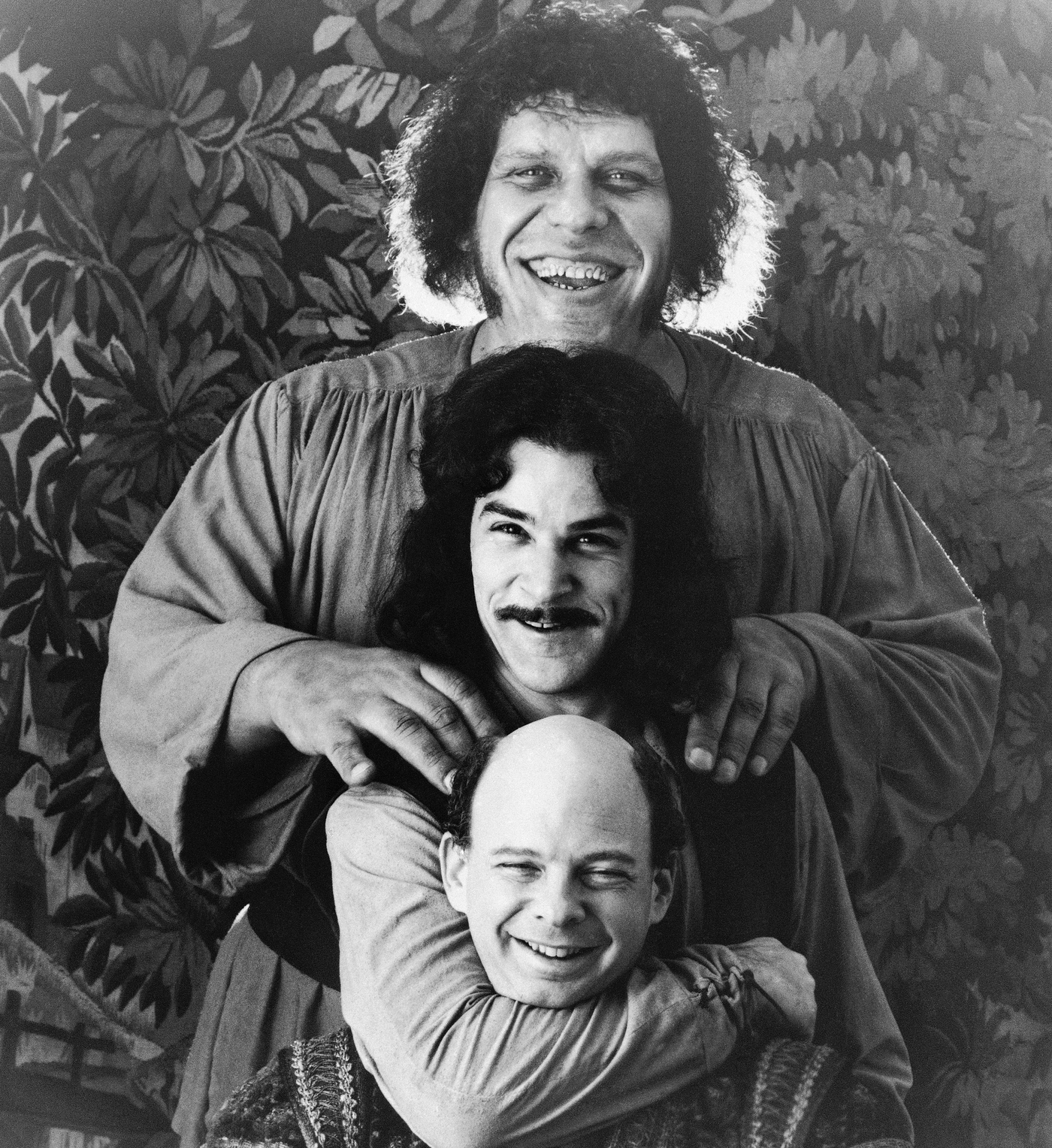 Twenty-five years ago, The Princess Bride performed only so-so at the box office. But as you know if you have ever had it quoted to you — and who hasn't? — it's come to be one of the most beloved films of the 1980s. On Friday's All Things Considered, Mandy Patinkin, now starring in Showtime's Homeland but back then the Spanish swordsman Inigo Montoya, talks to Melissa Block about the film and what it's like to be part of such a beloved piece of popular culture.

For his part, Patinkin doesn't get bored with hearing his old dialogue again. "I never do," he says. "I have a smile as big as, as big as can be from one end of the room to the other." And that's true even though not only does he hear the scenes over and over again, but yes, people do come up and quote him back to himself — especially that one line. The one. You know the one.

"Hello. My name is Inigo Montoya. You killed my father. Prepare to die."

Block reasonably wonders: Why that line? What is it about that line?

"First of all," he says, "it's the brilliance of William Goldman's genius and the gift he gave all of us with this extraordinary book and then movie, and I just got to be the mailman who delivered it. So I take really no credit for it. It was Rob [Reiner]'s gorgeous direction. And I'll never forget, Rob said to me, 'What I really want the actors to do in this movie is, as though they're holding their card, their poker cards in their hand, but they're just hiding one card.' And the one card was the twinkle in their eye. The one card was the fun they knew was underneath everything they were saying. And I never forgot that image — that there was always a little secret, and that secret was the fun."

Patinkin says that the fun continued even through a scene that was technically about hauling around a dead body. Okay, a mostly dead body. Specifically, it was a scene in which Inigo and Fezzik, played by Andre the Giant, take Westley (Cary Elwes) to Miracle Max (Billy Crystal), a very old man who has ways of bringing people back to life.

"Those were the three greatest days of my life," Patinkin remembers. "For three days, I stood off camera while Billy Crystal had cataract contact lenses in so he couldn't see. I was camera left, the camera was between Rob Reiner and myself and we were facing Billy. My job was to keep feeding Billy his off-camera — my off-camera lines so he could keep doing it. He improvised 13th century period jokes, three days straight, 10 hours a day, never the same thing, never the same line twice. Rob got so hysterical on almost every take, he'd have to leave the room because he couldn't keep quiet from laughing and it would end up on the soundtrack." The other consequence? "I bruised the muscles on the side of my rib because I was so tight trying not to laugh."

Despite the laughter, the story of Inigo and his father struck a nerve with Patinkin, whose own father had died a few years before filming. "I would walk through the maze of the gardens while I was just trying to relax or while they were lighting the scene, and I was talking to my father, who had died not that many years before we made the film, and I always had it in my mind that if I could get the six fingered man, if Inigo could get the six fingered man, then my father, Mandy's father, would come back and be with me."

Many years later, he heard some of Inigo's last words in the film again — "I have been in the revenge business so long, now that's over, I do not know what to do with the rest of my life" — and he heard them quite differently. "As a young man," Patinkin says, "I think I was in a bit of the revenge business for too many years of my life. And, you know, somewhere in the past 10 years, I stopped being so angry and started being a little more grateful, literally for the sunrise and the sunsets and my kids and my family and the gifts I've been given. And then I saw that movie, the end of that movie. I didn't see the whole thing, I just caught the end of it, and I heard that line. And as a young man I remember saying it, I went back and looked at my script to see what notes I'd put in, and I really didn't have any notes for that line. I just said it, and I didn't realize what I was saying. And then I heard it as a grown up or whatever you want to call me, and it-it meant everything to me today."

Very often, guests tell more great stories than we have time to include on the radio, and into that category fell a lovely remembrance that Patinkin offered of Andre the Giant, who played Fezzik, and who died in 1993. He describes their first meeting, and how the next day, Andre seemed to be a different person: "I thought he must've had padding and make-up on and everything, because he looked normal to me the second day. And I realized nothing had changed. I realized our brains change things. My brain made him normal in size. It was just fascinating to me how my brain normalized his size within 24 hours."

He remembers Andre, too, as the man who liked the fact that nobody stared at him when he was on the set but still posed for all the photos anyone wanted on the last day of filming. "The movie was over, the final shot was made, and we stayed around for two, three, four, five hours while every person, every grown-up and their family came by, waited in line like children at Disney Land to stand with Andre and have their photograph taken. And he took his photograph with every single person that asked. And it was a lesson of a lifetime for me."