Accessibility links
Interview: Mark Helprin, Author Of 'In Sunlight And In Shadow' Mark Helprin's sweeping midcentury novel, In Sunlight and In Shadow, describes a postwar New York in limbo. Helprin borrowed from his own experiences to write this tale of love and familial obligations. "It's all based on what I know and what I knew," he says. 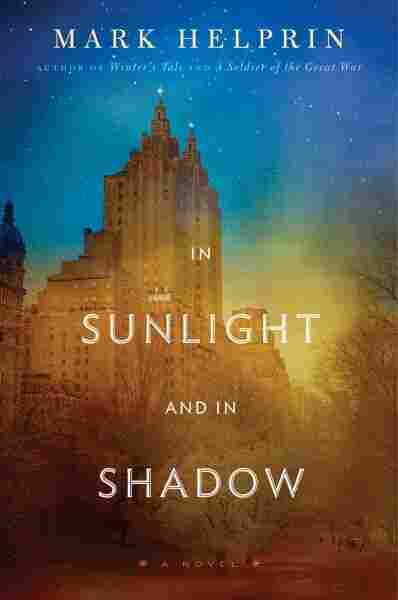 In Sunlight And In Shadow

Title
In Sunlight And In Shadow
Author
Mark Helprin

When we get an early glimpse of Harry Copeland, he's falling in love in an instant, with a girl he sees on the Staten Island Ferry. Her hair "trapped the sun and seemed to radiate light," he writes, "and with New York in 1947, when it brimmed with color, light, drama and a babble of voices that reminded him of the world he fought to save as a paratrooper in World War II."

Harry Copeland and Catherine Thomas Hale find each other on the ride back from Staten Island. She's an heiress and an actress, and Harry has inherited his father's leather factory. They love each other truly. But the world Harry Copeland helped save can still be cruel, and he's forced to fall back on the friendships and proficiencies he learned in war to try to survive in peace.

Harry and Catherine occupy the postwar world of In Sunlight and In Shadow, Mark Helprin's sweeping and lyrical new novel. Helprin talks with NPR's Scott Simon about using his own memories and experiences to bring Harry and Catherine to life.

On Harry's sense of obligation to running his father's leather factory

"It was something that he had to do, because his father had built it, and also because he didn't really know what to do when he got back from the war. The whole world was like — you know, sometimes you throw a ball up in the air, and you watch it hesitate at the top of the arc, and it seems to be still? At that period, America was like that, and in a sense the world was, but particularly America and particularly New York, which I know from having been there and having seen it and felt it.

"We didn't know what direction we were going in; similarly, Harry Copeland, when he comes back from the war, is in a pause. And everything is about to thunder ahead, but no one knows quite where it's going to go." 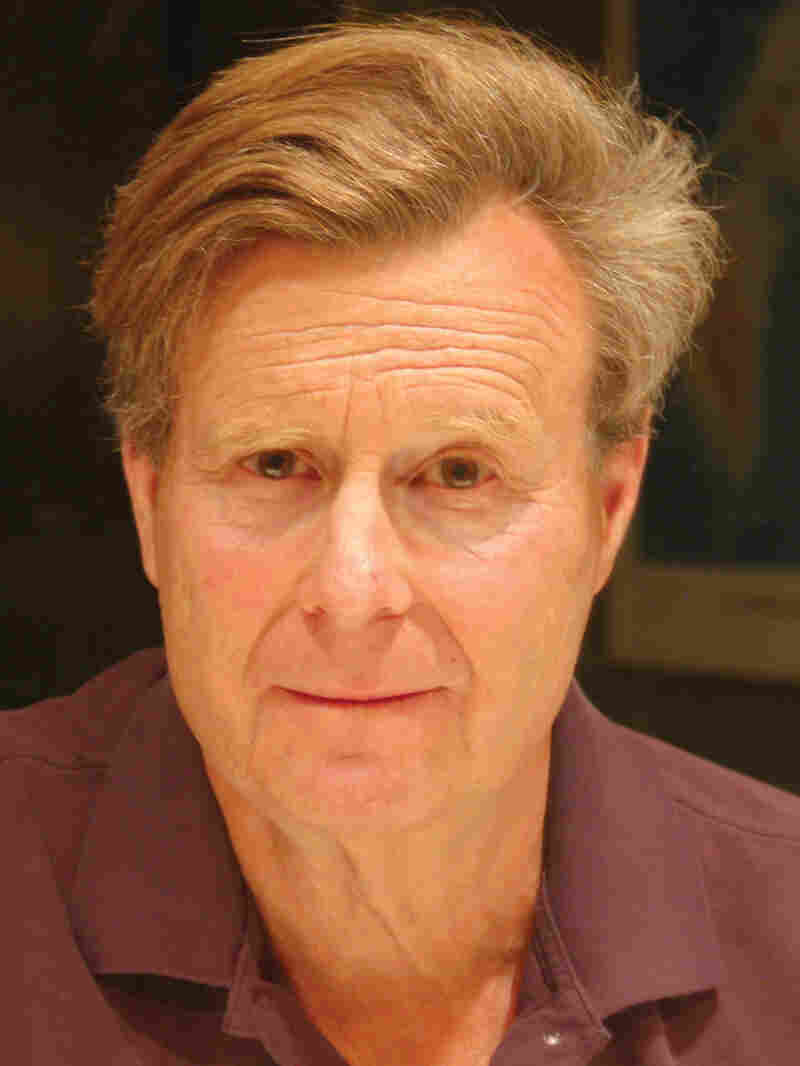 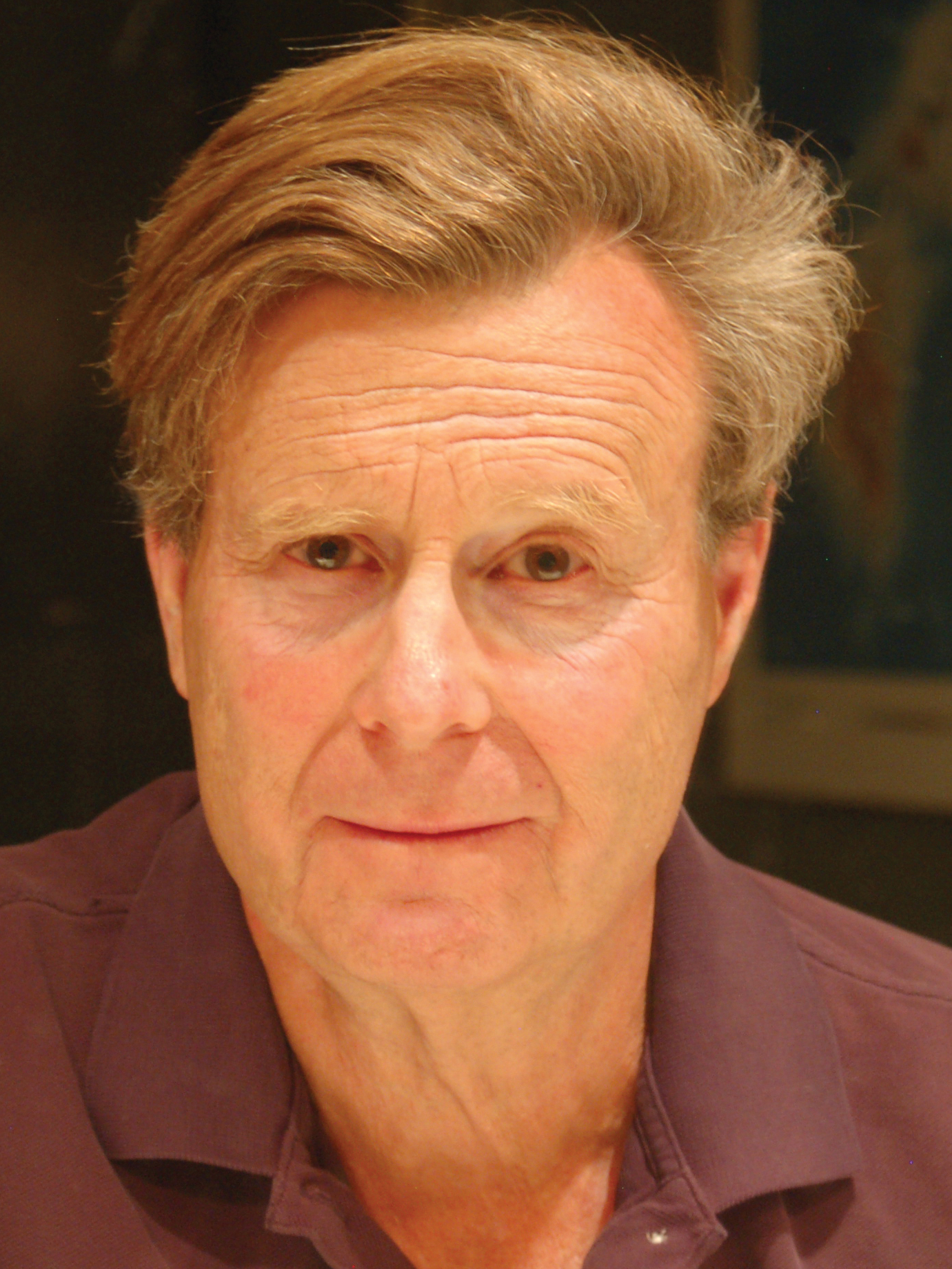 Mark Helprin's previous books include A Soldier of the Great War, Refiner's Fire and Winter's Tale.

On Helprin writing about an era that he never experienced

"Ah, but I did see it, you see. Here's why. First of all, I was 3 ... in 1950. So I had three years in the '40s. And from the time that I was born till I was 3, I was like a sponge. My father was famous for his photographic memory. He was in the OSS [Office of Strategic Services] — they trained him to be captured on purpose, and to read upside down and backwards and commit to memory every document in German that he saw as he was being interrogated, every schedule on every wall. So that photographic memory somehow made its way to me when I was young. And from the time I was born, until I was, you know, a child anyway, I took things in visually — and emotionally. In a way, I know that period better than I know any other. And in addition, after the war, there was not much building. So there wasn't — the commercial district of cities didn't change much. And also ... politically, it was, until 1952 — it was an extension through Harry Truman of the Roosevelt years. So, that, really the '40s, because of this breathtaking pause after the war, were elongated into the very early '50s."

On the growth of gangsterism during the war

"You know, while the cat was away, the mice could play. And the gangsters increased their power because, being gangsters, a lot of them didn't have to serve, you know. They got out of the draft. And a lot of men were away, and effort was focused elsewhere. So their power increased. And that's why you had a lot of gang wars at the end of the '40s and the beginning of the '50s. And I grew up in that era.

"But I also grew up with gangsters, because my father had to deal with them in various capacities. And we lived among them. ... My father ran London Films. He made films like The Red Shoes, The Third Man. And he had had a long career in the film business, which was bifurcated with a career in intelligence. He had to deal with gangsters, and sometimes he would take me with him. Also, I went to school with their children. So my rendition of gangsters is a little different from the screenwriters' rendition of gangsters, because screenwriters only know what they see in other movies. I actually grew up with these people, and I think I have a pretty realistic take on it."

"Well, I have jumped out of airplanes, but I was not technically a paratrooper. I was an infantryman and a night fighter and anti-terrorist. And the thing that strikes you most about being a soldier in a war zone in action to the small extent that I was — when actually people start shooting, which happened to me a couple times — everything goes on automatic, and there's a feeling of tremendous elevation, and even elation. You know, as Churchill says, there's nothing as wonderful as being shot at with no result. But most of the time, 99.99 percent of the time is spent under all kinds of stress. And that stress, and the fact that your life may come to an end quickly, and when you don't even know it, gives you a gift. It cuts out all the nonsense in the world and there's a beauty in it, and a freedom — which is not worth it, believe me. I mean, I just wanted to get out as everyone did. But there was a deep, deep feeling and a connection to the things that are important that I experienced, and I assume that Harry would know it even more than the glimpses of it that I got."

On plotting a story with so many different threads and conflicts

"I really don't plot anything, particularly with this book. And my model for it was Mark Twain, who, when he lived in Elmira and he reached a certain age, decided, essentially, to hell with it. He said, 'I'm just going to write the book that I want to write.' And it was Huckleberry Finn. So, there's no pretense that I would equal that. But I said to myself, 'This is going to be the book that I want to write, this is the book about my parents and that era and childhood, and ... let everything going to hell, I'm just going to write that book.'

"And what happened was that whenever I would sit down to write it, it would be ... like Alice falling into the rabbit hole. And the characters presented themselves to me so strongly that it was just as if I were watching it. I didn't really do much plotting. Some people have asked me, 'Did you know what was going to happen at the end?' Usually I do. Usually I write to the end. It's like throwing a rock or a silver dollar into a lake. And then you dive in, and you go to it. You don't know what's going to happen between, but you know what the ending is. Usually that's what I do; not here. Here, I just fell into another world and I followed. But it's all based on what I know and what I knew, because essentially it's a love song to my family."