Accessibility links
The NPR Third-Party Candidate Debate To this day, getting a third-party candidate into a presidential debate is practically impossible. So we invited two of the third-party candidates — Gary Johnson of the Libertarian Party and Jill Stein from the Green Party — to a debate of our own. 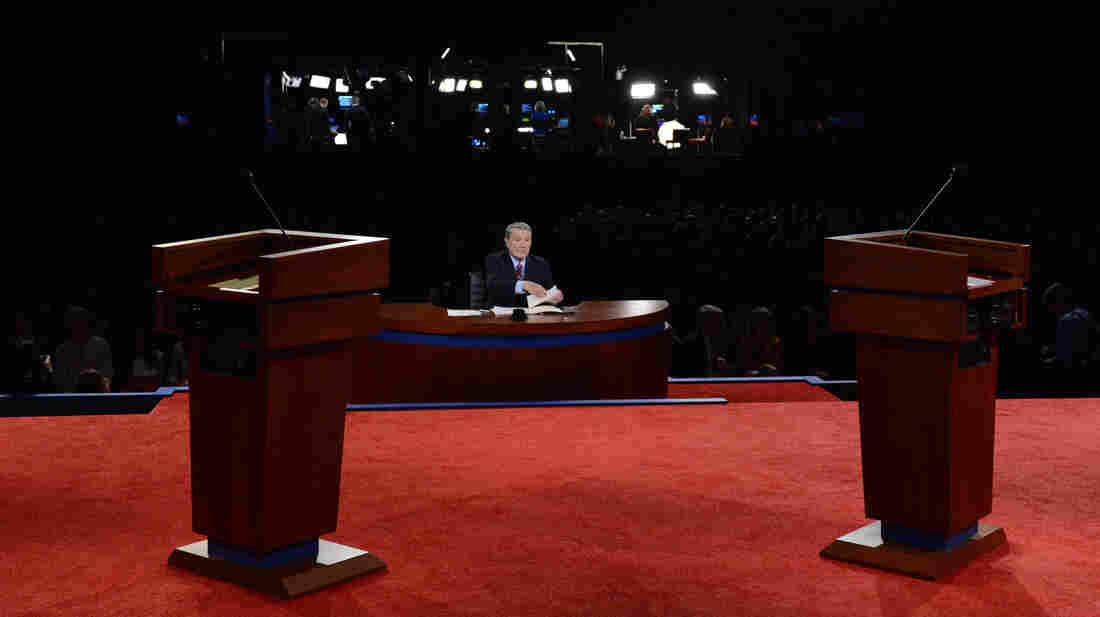 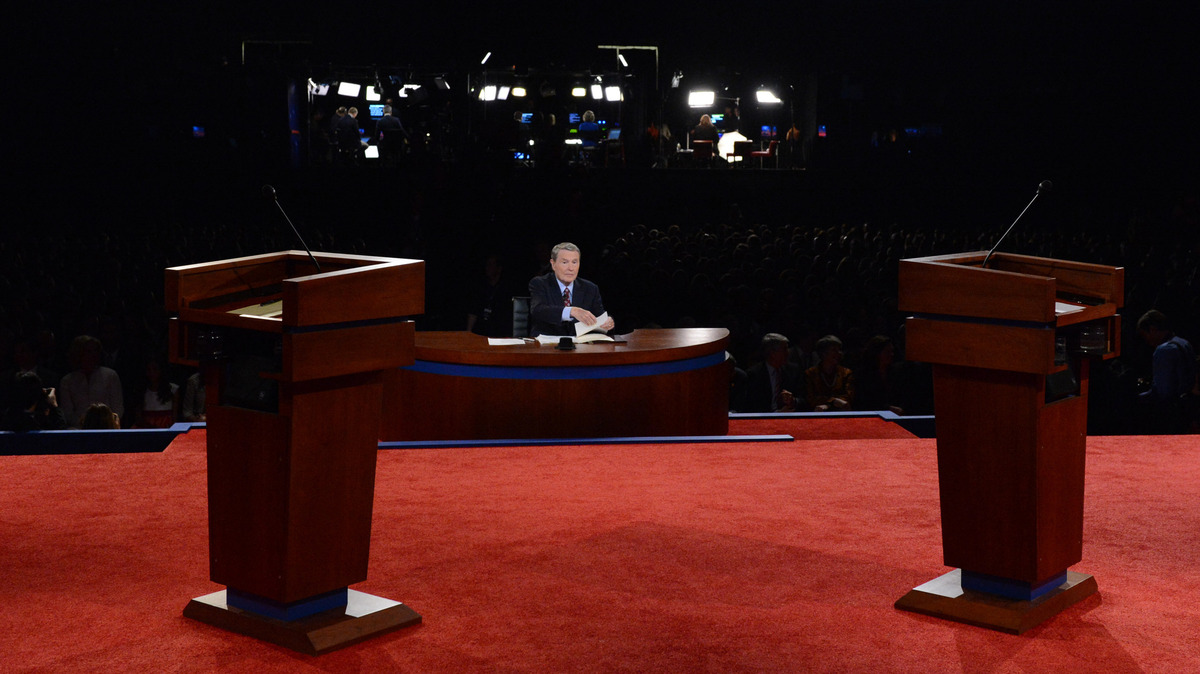 Moderator Jim Lehrer sits at his desk before last Wednesday's debate between President Obama and Republican presidential candidate Mitt Romney in Denver. For third-party candidates, getting into a presidential debate is practically impossible.

What's it like to be a third-party candidate running for president? Ralph Nader can tell us.

Secrets Of Winning The Presidential Debates

"You're excluded from the debates," he says. "You spend an exhausting amount of time, until Labor Day, trying to get over the ballot access barriers. Your petitioners are harassed in the streets; you're subjected to baseless lawsuits by one party or another."

Nader has run for president three times – four if you count the time he ran unofficially. In 2000, he managed to win almost 3 percent of the national vote.

To this day, getting a third-party candidate into a presidential debate is practically impossible. The Commission on Presidential Debates says to be included, you have to poll 15 percent with voters. That's why George Farah, founder of Open Debates, a group that wants the system reformed, thinks the commission is the main problem.

"This commission exists for the principal purpose of protecting and strengthening the two parties," Farah says. "And every four years they allow the major party candidates to negotiate agreements that dictate many of the terms of the debates — including the exclusion of popular third-party voices."

So given the two major party candidates had 90 minutes and at least 50 million viewers for their debate last Wednesday, we decided to invite two of the third-party candidates to a debate of our own.

Gary Johnson is the Libertarian Party's nominee. Jill Stein is the Green Party's nominee. They joined moderator — and host of weekends on All Things Considered — Guy Raz for a debate focusing on domestic issues: the economy, health care and the role of government.

The Role Of Government