Accessibility links
First Listen: Jason Lytle, 'Dept. Of Disappearance' The former Grandaddy singer's songs are as sweetly sad as they are comical, and as intimate as they are epic. Lytle simply tells stories — mostly fictional tales that offer listeners little moments of fantastical escape or quiet reflection. 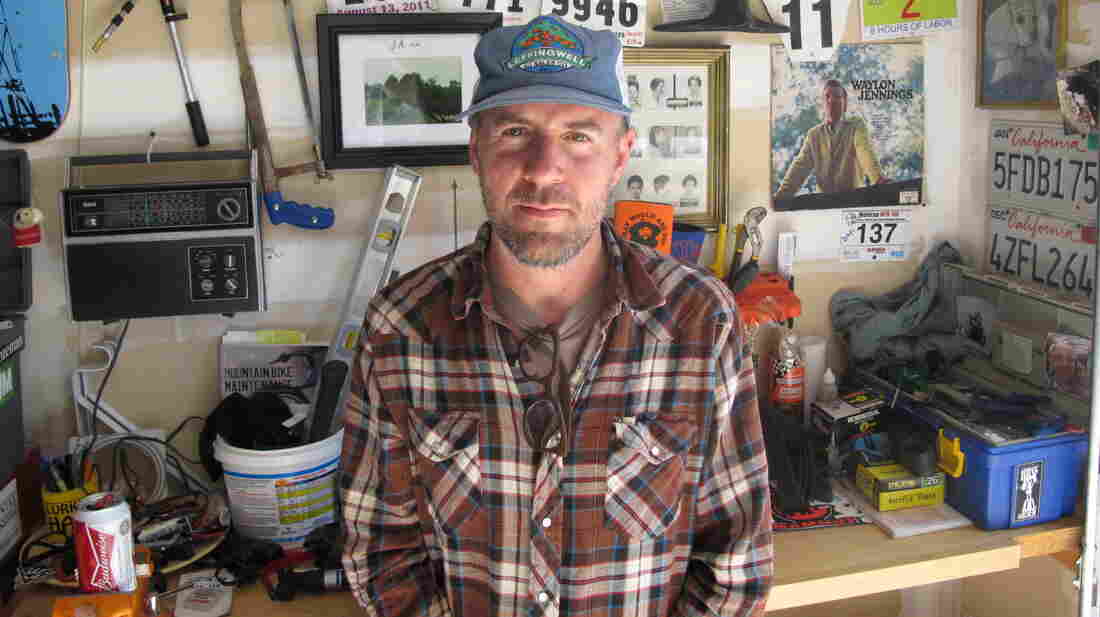 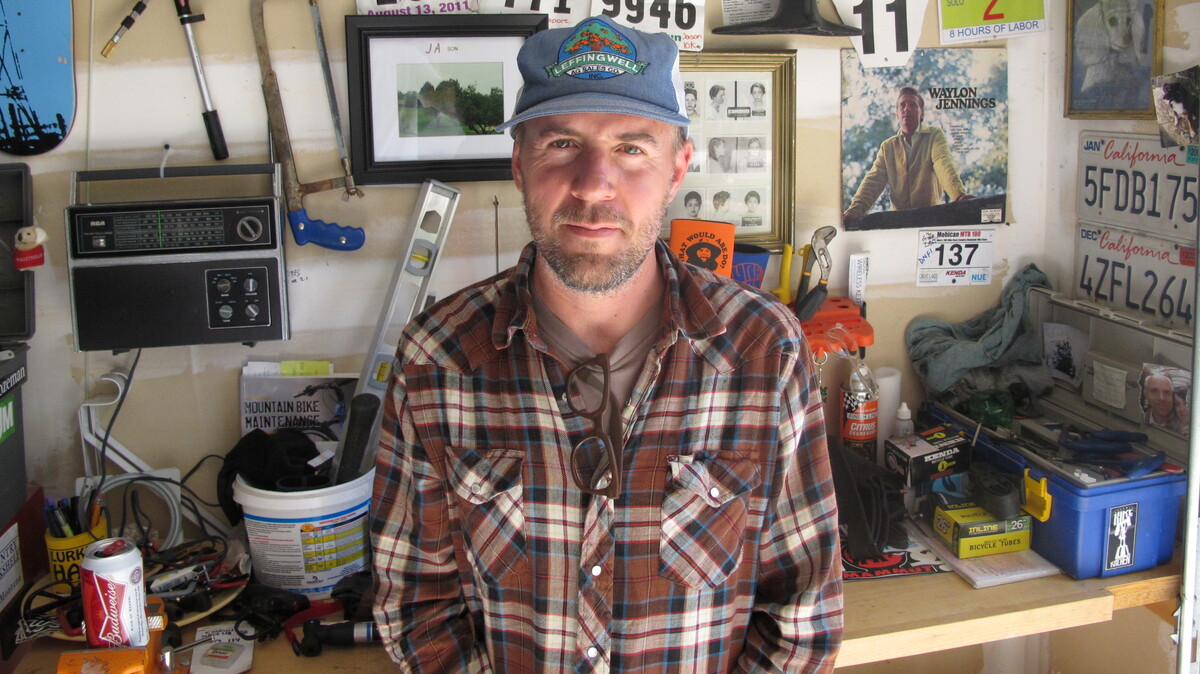 While some artists devote a lifetime to making politically charged anthems or socially conscious ballads, Lytle's songs are simply stories — mostly fictional tales that offer listeners little moments of fantastical escape or quiet reflection. It's a kaleidoscopic world of music that, on his latest record, he appropriately calls the Dept. of Disappearance.

Out Oct. 16, this is Lytle's second solo album since he pulled the plug on Grandaddy in 2006 — he's also recorded with members of Earlimart in the band Admiral Radley — and the Modesto, Calif., native doesn't stray much from his sonic comfort zone. His songs are never aggressively experimental but always fantastically composed, with elegant chord progressions that build and unfold cinematically. Lytle recorded and played every instrument in his home studio, now located outside Bozeman, Mont., layering fuzzy guitars and synths with quirky electronics and lullaby melodies. The songs are as sweetly sad as they are comical, and as intimate as they are epic.

While Lytle himself says his music isn't that deep, it's often reflective. As he did on his previous solo record, 2009's Yours Truly, The Commuter, and in his years leading Grandaddy, Lytle considers universal themes on Dept. of Disappearance, with a cast of oddball characters and their mundane hopes, failed dreams and unrequited love. To keep the narrative from getting overly bleak, Lytle even offers the occasional, if brief, affirmation. The only words in a song called "Get Up and Go" are, "Get up and go, you can do it / Everything's going to be all right."

Lytle also offers the dusty tale of a hanged cowboy, told from the perspective of the tree from which he dangles ("Hangtown"), as well as a tearjerker about what has to be the loneliest person on the planet and his or her search for love ("Somewhere There's a Someone"). But his most revealing moment comes at the end, when Lytle closes with the eight-minute electro-pop opus "Gimme Click Gimme Grid." It beautifully, wistfully demonstrates where Lytle has arrived in both his life and music: He needs to write songs and tell his stories as a means of survival, and to make sense of an absurd world. Lytle finds meaning and truth and deeper understandings in life's smallest, seemingly insignificant details — and tries to open the door to these fleeting moments so that listeners can disappear into them with him. The result is sometimes tearful, often joyous and always memorable.