Accessibility links
Restore The California Delta! To What, Exactly? As a multibillion-dollar environmental effort gets underway, the state has to figure out what the landscape used to look like. Ninety-seven percent of the original wetlands in the inland delta near the San Francisco Bay are gone, so California is turning to historians for help.

Wetlands are returning naturally at Liberty Island in the Sacramento-San Joaquin Delta in California. The state plans to restore more than 100,000 acres of habitat in the area. Lauren Sommer/for NPR hide caption 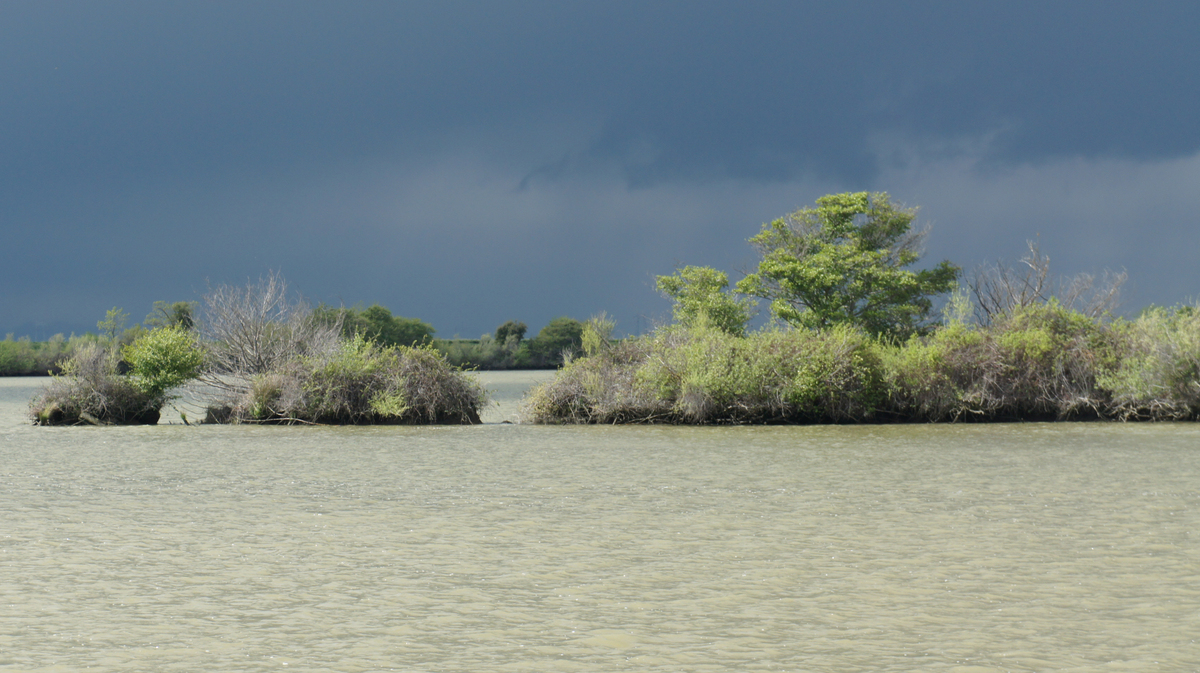 Wetlands are returning naturally at Liberty Island in the Sacramento-San Joaquin Delta in California. The state plans to restore more than 100,000 acres of habitat in the area.

In California, state officials are planning a multibillion-dollar environmental restoration of the inland delta near San Francisco Bay. There's only one problem: No one knows what the landscape used to look like. Ninety-seven percent of the original wetlands are gone, so the state is turning to historians for help.

This detective story begins on a sunny day in a dry field of corn, about an hour east of San Francisco.

Alison Whipple and Robin Grossinger are looking through a pile of maps, trying to piece together the path of William Wright, a man who got hopelessly lost somewhere nearby.

This happened 160 years ago. Whipple and Grossinger are historians — historical ecologists, more precisely — with the San Francisco Estuary Institute. They dig up old photos and hand-drawn maps that provide clues about what this landscape once looked like. 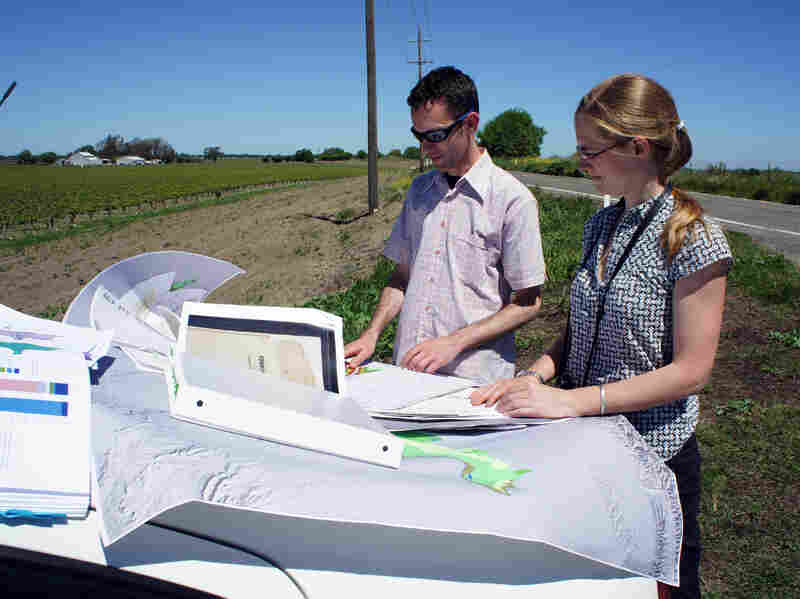 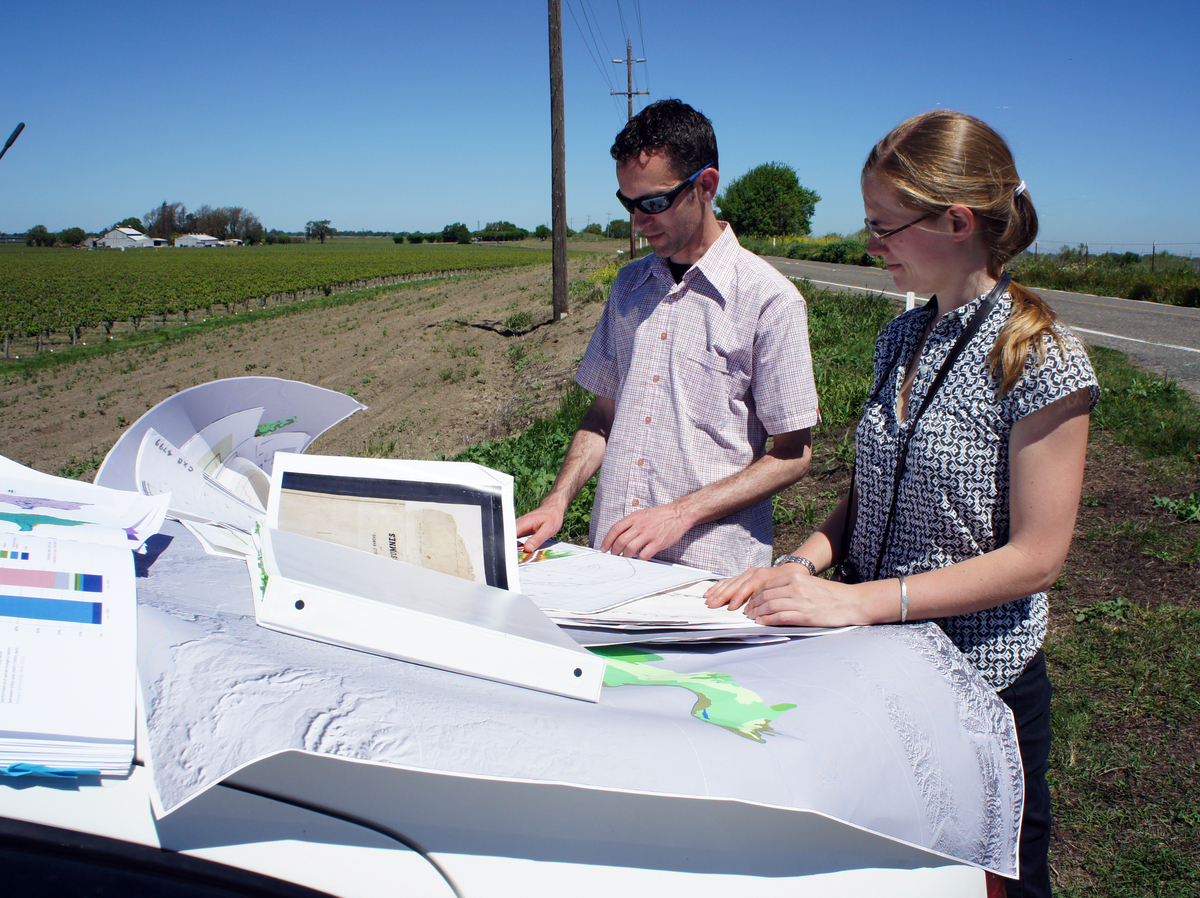 In this case, they're relying on a tattered, yellowing notebook. They're pouring over Wright's writings from duck hunting expeditions around 1850.

Here's what he wrote about a long, cold night lost in a damp marsh: "On all sides stretched a vast wilderness of tules from 10 to 15 feet in height. The driving storm of sleet was bad, but the pitchy darkness was infinitely worse."

When Whipple and Grossinger read this, they knew they'd struck gold. But not because of the dramatic story, with declarations like, "Our situation was so miserable that no words can do justice to it."

Rather, they uncovered clues in other passages: "The lakes proved to be from 100 to 300 yards in width, as near as we could judge." These details, Grossinger says, reveal a landscape that hasn't existed for some time.

"The delta is probably one of the most intensively transformed parts of California, and it was also changed really early on because of such fertile land," he says.

As the Gold Rush boomed, farmers came to California's Sacramento-San Joaquin Delta for the rich soil. Land went for $1 an acre and settlers drained the wetlands, turning it into dry farmland. That meant the loss of fish and other wildlife.

"We have here maybe one of the most important parts of the state's ecosystem, and we don't actually know how it used to work," Grossinger says.

That's why they've stitched together thousands of historical documents that reveal lost lakes and floodplains. There once were hundreds of miles of tidal channels that branched out like capillaries.

Compare The Delta Across Eras

Click on the habitat types below to see how the Delta's waterways and landscape have been changed.

Envisioning California's Delta As it Was

Returning the delta to this pristine state just isn't possible, Grossinger says, and that's not the goal of the project. But knowing how the ecosystem once worked could improve the habitat restoration that will happen.

Carl Wilcox is with California's Department of Fish and Game. He points to Liberty Island, which has become more of a marsh than an island.

"The levees broke, and it wasn't financially worth reclaiming," he says. 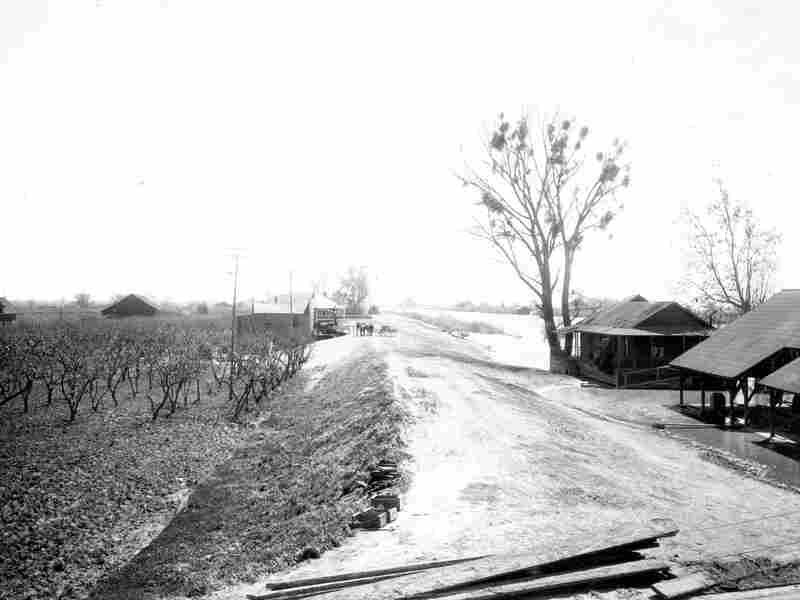 A man-made levee separates a settlement in the delta from the Sacramento River in 1906. Courtesy of USGS Photographic Library hide caption 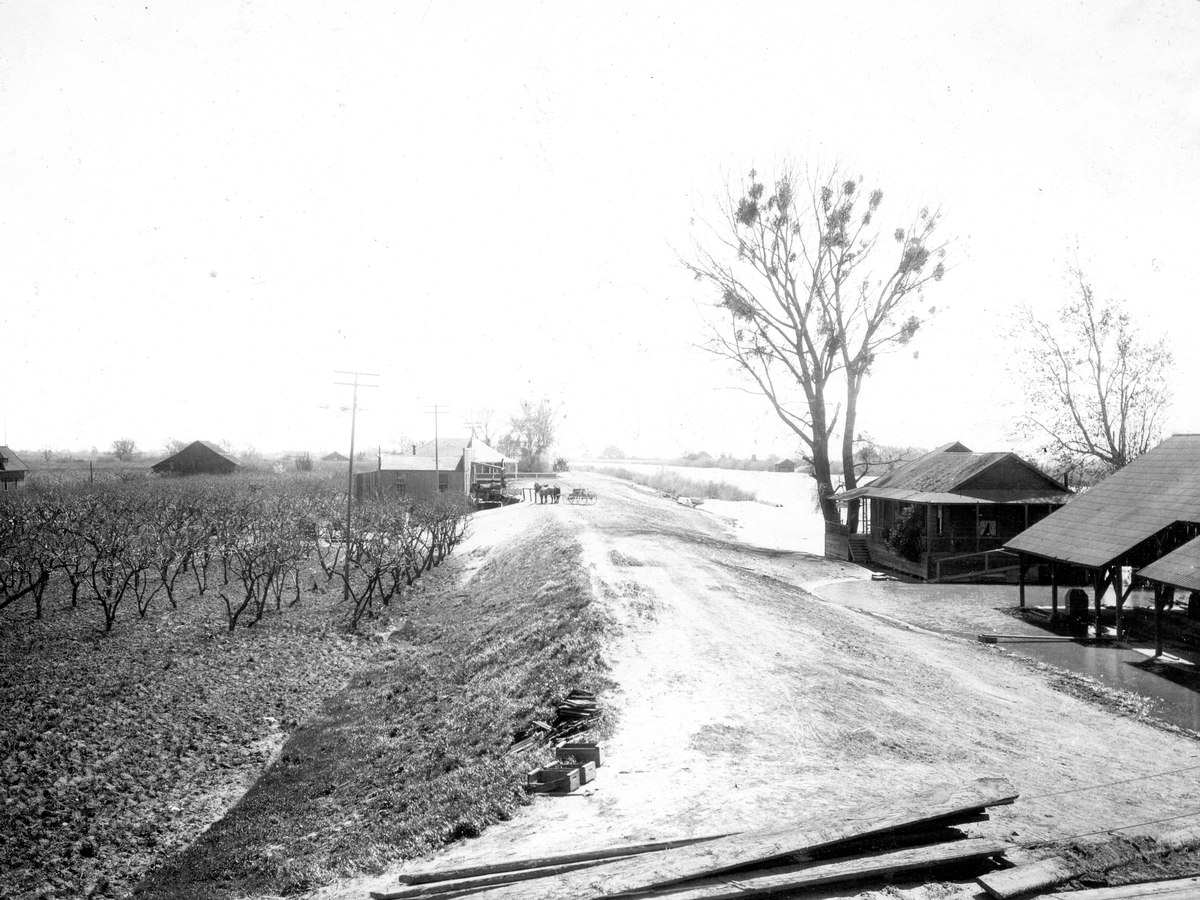 A man-made levee separates a settlement in the delta from the Sacramento River in 1906.

Liberty Island was like the other man-made islands here — a plot of low-lying farmland, protected by tall levees. After the island flooded 15 years ago, nature took over. Tules and cattails started sprouting.

"Some of the endangered native fishes, delta smelt, longfin smelt, are using this area," Wilcox says. So are endangered Chinook salmon.

"These are more productive areas for them. They're more protected, they're less prone to predators," he says.

This restoration was accidental, but Wilcox says the state wants to restore more than 100,000 acres of habitat like it. It's part of a plan to build massive water tunnels nearby, which would supply two-thirds of the state with drinking water.

Wilcox says that project won't move ahead unless endangered species start recovering. And that depends on recreating habitat that was here more than 150 years ago.