Accessibility links
Afghanistan Deadline Awaits Next U.S. President Afghan forces are scheduled to take control of their country's security by the end of 2014. While President Obama says they will be fully responsible by then, Mitt Romney calls the deadline a goal. Either way, the next president will face a 10-year agreement to help Afghans with counterterrorism and training. 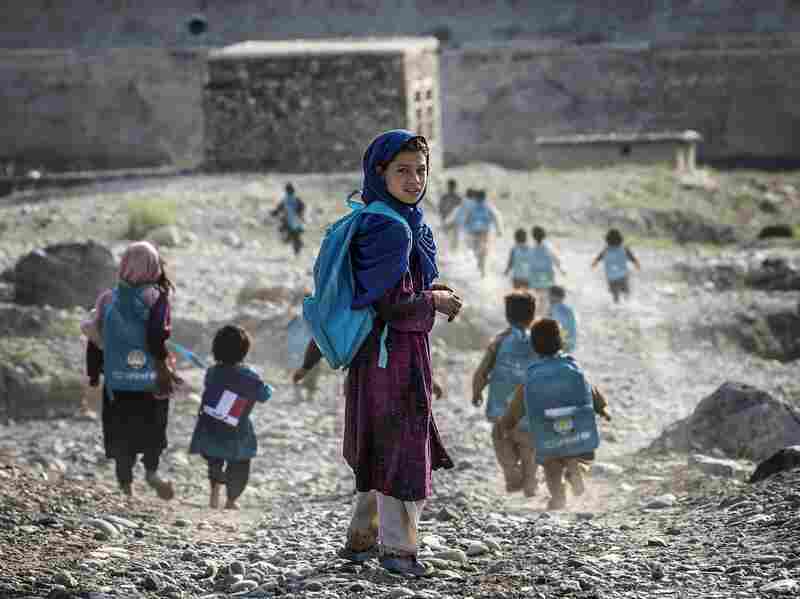 Afghan children run to school on Sept. 24. Whoever takes over as the next U.S. president will have to determine how many troops will remain after the December 2014 deadline to help with long-term security. Jeff Pachoud/AFP/Getty Images hide caption 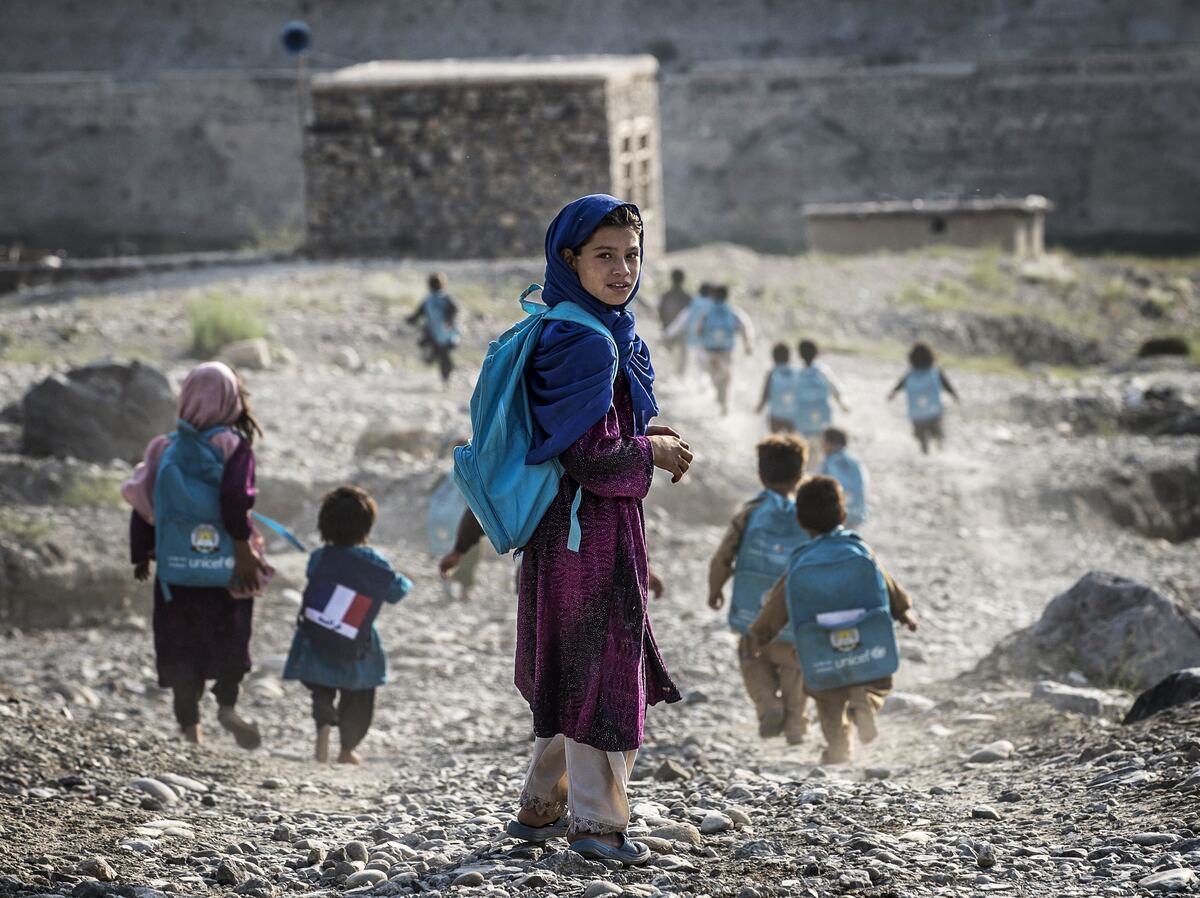 Afghan children run to school on Sept. 24. Whoever takes over as the next U.S. president will have to determine how many troops will remain after the December 2014 deadline to help with long-term security.

How does a president bring the war in Afghanistan to an end? There are 68,000 American troops serving in the country as the war enters its 12th year.

The war hasn't been a major issue in the presidential campaign, and polls show American voters are tiring of the war. But the next commander in chief will find the Afghan war among the most difficult of many foreign policy challenges.

Both President Obama and Gov. Mitt Romney appear to agree on a date: the last day of December 2014. That's when the Afghan security forces are scheduled to takeover.

"As our coalition agreed, by the end of 2014, the Afghans will be fully responsible for the security of their country," Obama said at an American base in Afghanistan back in May.

That's what the NATO coalition approved. Romney picked up on that when he addressed the National Guard Association in September.

"Or goal should be to complete a successful transition to Afghan security forces by the end of 2014," he said.

It's All In The Wording

But there's a subtle difference in the candidates' messages. Obama, like fellow NATO leaders, sounds definitive. He says the Afghans "will be fully responsible" by the end of 2014. Romney says it's a "goal" to turn over security to Afghan forces by that time.

Romney says he wants to listen to American military commanders in Afghanistan first, and then determine the way ahead.

As Last Surge Troops Leave, Some Afghans Take Up Arms Against Taliban

"We should evaluate conditions on the ground and solicit the best advice of our military commanders," he said at the National Guard convention. "We can all agree that our men and women in the field deserve a clear mission, that they deserved the resources and resolute leadership they need to complete that mission, and that they deserve a country that will provide for their needs when they come home."

Romney's campaign website offers a little more information. The governor says he will "review the transition to the Afghan military." That assessment, plus conditions on the ground, Romney says, will determine the level of troops and money needed to "secure our gains and to train Afghan forces."

Which brings up another challenge for the candidates: How many American troops will remain after 2014?

Obama says that while the U.S. combat mission will end in December 2014, not all American troops will be coming home. The president signed a 10-year strategic partnership agreement with Afghan President Hamid Karzai in May, which says the U.S. will help target al-Qaida and train Afghan troops.

In his speech in Afghanistan in May, Obama described that agreement.

"We'll work with the Afghans to determine what support they need to accomplish two narrow security missions beyond 2014: counterterrorism and continued training," he said.

Right after the agreement was signed, Defense Secretary Leon Panetta said, "The most important point is that we're not going anyplace."

Romney advisers say the governor also wants an "enduring presence" in Afghanistan, but he hasn't been as specific about what that presence will look like. Military commanders, for their part, are considering 10,000 or more troops.

Whoever becomes president will have to resolve how many U.S. troops will be needed in Afghanistan for the training and counterterror mission well into the future.