Accessibility links
Better To Elect Islamists Than Have Dictators? Leadership shake-ups across the Arab world have not necessarily made things better for everyone, particularly the United States. Islamists have been voted into power, but is this a better scenario than having dictators faithful to U.S. interests? It's up for debate at Intelligence Squared U.S. 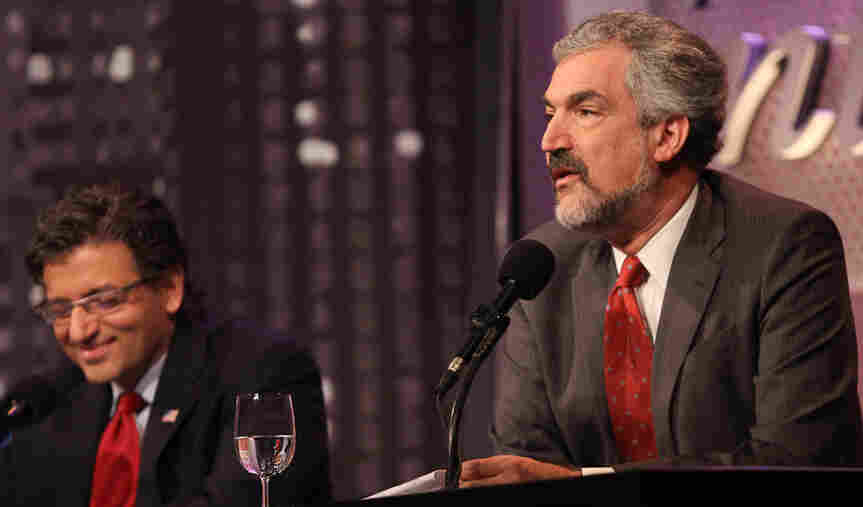 "Politics is the art of choosing between the disastrous and the unpalatable," economist John Kenneth Galbraith once said. In the aftermath of the Arab Spring, dictators have been toppled and new leaders have begun to emerge. Islamists, once marginalized, have been voted into power. Which leadership scenario is better?

The argument for dictators is that a number have been reliable allies for the United States. But under their rule, dictators use repressive means to squash opposition and stay in power.

Elections may give Islamists more legitimacy. But the democracy that they lead may not be liberal — it could lack freedom of speech or religion.

A panel of experts debated the pros and cons of each in the latest edition of Intelligence Squared U.S. They faced off two against two in an Oxford-style debate on the motion, "Better Elected Islamists Than Dictators." 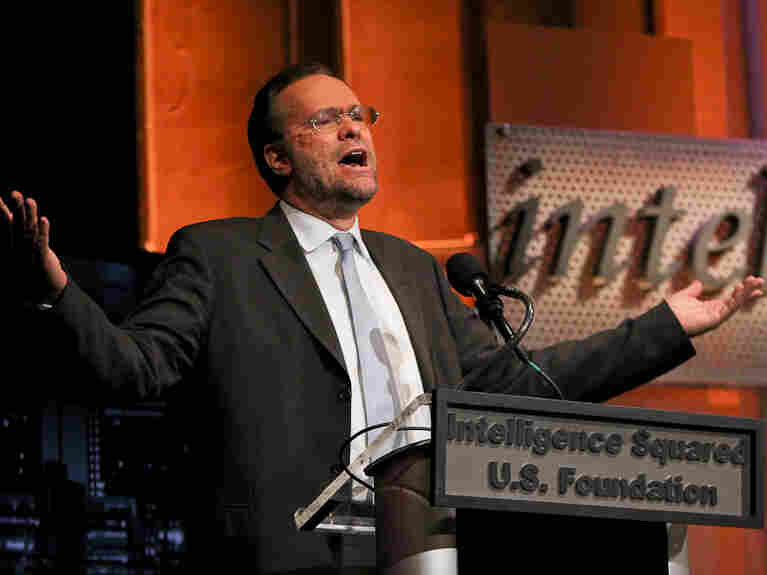 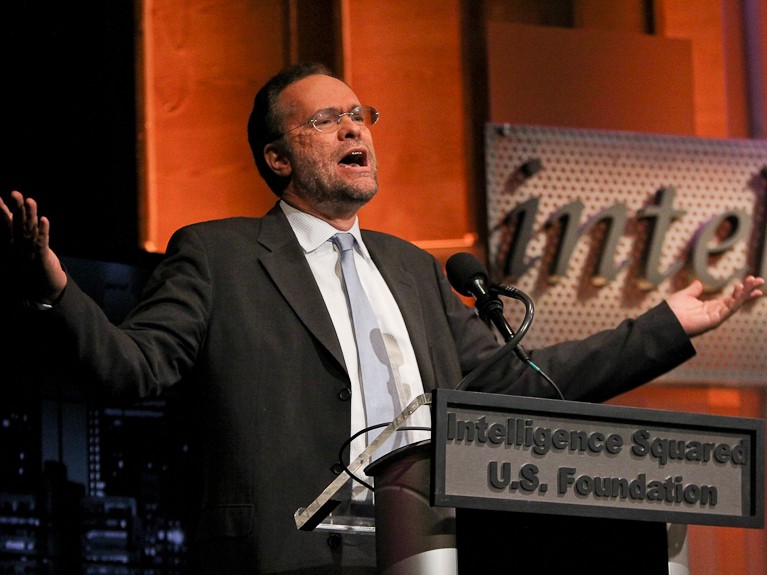 Reuel Marc Gerecht is a senior fellow at the Foundation for Defense of Democracies, a nonpartisan institution focusing on national security and foreign policy. He was a former Middle East specialist at the CIA's Directorate of Operations. His book The Wave: Man, God, and the Ballot Box in the Middle East, was published by the Hoover Institution in 2011. Gerecht was a former director of the Project for the New American Century's Middle East Initiative and a former resident fellow at the American Enterprise Institute.

Brian Katulis is a senior fellow at the Center for American Progress, where his work focuses on U.S. national security policy in the Middle East and South Asia. Katulis has served as a consultant to numerous U.S. government agencies, private corporations and nongovernmental organizations on projects in more than two dozen countries, including Iraq, Pakistan, Afghanistan, Yemen, Egypt and Colombia. From 1995 to 1998, he lived and worked in the West Bank and Gaza Strip and Egypt for the National Democratic Institute for International Affairs. He is co-author of The Prosperity Agenda, a book on U.S. national security. Katulis speaks Arabic.

Daniel Pipes is president of the Middle East Forum, a nonprofit organization he founded in 1994 whose slogan is "Promoting American Interests." He was previously the director of the Foreign Policy Research Institute and editor of its journal, Orbis. Pipes' most recent book is Miniatures: Views of Islamic and Middle Eastern Politics (2003). Pipes served as an adviser to Rudolph Giuliani's 2008 presidential campaign.

M. Zuhdi Jasser, M.D., is the founder and president of the American Islamic Forum for Democracy. A devout Muslim, Jasser founded AIFD in the wake of the Sept. 11, 2001, attacks on the United States as an effort to provide an American Muslim voice advocating for the preservation of the founding principles of the U.S. Constitution, liberty and freedom, through the separation of mosque and state. Jasser earned his medical degree on a U.S. Navy scholarship at the Medical College of Wisconsin in 1992. He served 11 years as a medical officer in the U. S. Navy.