Accessibility links
Presidential Politics: Does Likeability Matter? When evaluating our presidential candidates, it's a common cliché that the most likable candidate always wins. A "likeability" metric might not matter as much as you think. Voters, says one political scientist, actually decide on the basis of who they think is going to do the best job. 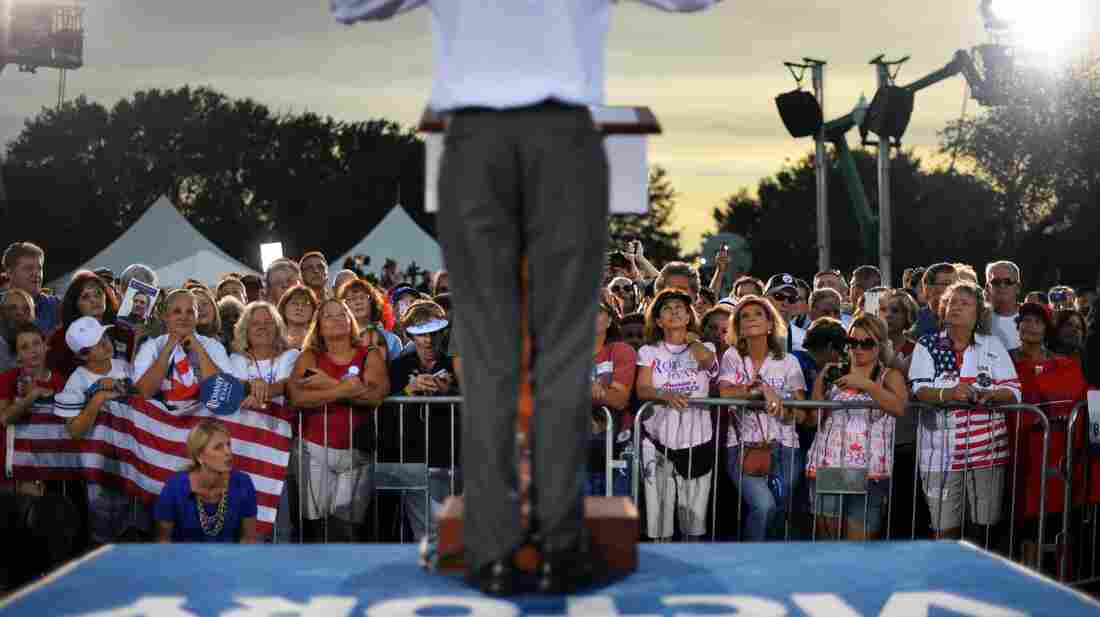 William Lowndes was a congressman from South Carolina who served in the early part of the 19th century. He was once asked to describe who should serve as chief executive.

"The presidency is not an office to be either solicited or declined," he said.

In 1876, Rutherford B. Hayes didn't even vote for himself. He saw it as unseemly. And in 1916, Woodrow Wilson called campaigning "a great interruption to the rational consideration of public questions."

John Dickerson of Slate Magazine just wrote an extensive series on how we evaluate presidential candidates and the problems with it.

"For the first, really, hundred years of American history, the presidency was the kind of thing that no man who actively sought it was worth the job," Dickerson says. "Now we've turned it totally on its head."

Dickerson says that early on in American politics, the candidates were essentially picked by the political elites, and it was the elites who knew who the men were who were running for president.

"They judged them based on their interactions with them, their sense of honor, and character, and they put them forward," Dickerson says. Nowadays, Dickerson contends, nobody would want to go back to that kind of system because it allows for all kinds of corruption. We've made a shift, he says, to the importance of a public presentation of the presidency.

"As you move into the television age you start to have candidates who are appealing and powerful in the moment, in the presentation of themselves," he says. "That puts a greater emphasis on the public person, which is a very important part of the presidential role, but not the whole bundle, and we don't pay too much attention to all of the other important parts of the presidency."

The way we measure our presidential candidates these days is a complicated formula. Mo Fiorina, a professor of political science at Stanford University and a senior fellow at the Hoover Institution, has researched the correlation between likeability and winning the White House.

He says the common cliche that the more likeable candidate always wins isn't the case. "There's very little historical evidence for it," he says. After looking at research back to 1952 that evaluated how people evaluated candidates in personal terms, Fiorina says likeability "appeared to be a minor factor. The fact is we decide who is likeable after they win, not before they win."

Does that mean the likeability gap between Mitt Romney and President Obama is irrelevant?

Dickerson says that "to do the job" and to get anything done requires a president to make deals and "be malleable". But the whole concept of making a deal is "something you never want to admit to" on the campaign trail. "When you're on the campaign trail, everything is always in super black and white," he says. So what's key to a candidate is "to know when to take a good deal, and the best possible deal, to actually get something done and make progress, rather than being so resolved that nothing gets done."