Accessibility links
Muse: Arena-Sized Entropy On 'The 2nd Law' Muse has sold more than 15 million records worldwide and sold out London's Wembley Stadium twice. More recently, the British band was chosen to write the official song for the 2012 London Olympics. Now, it has a new album called The 2nd Law. 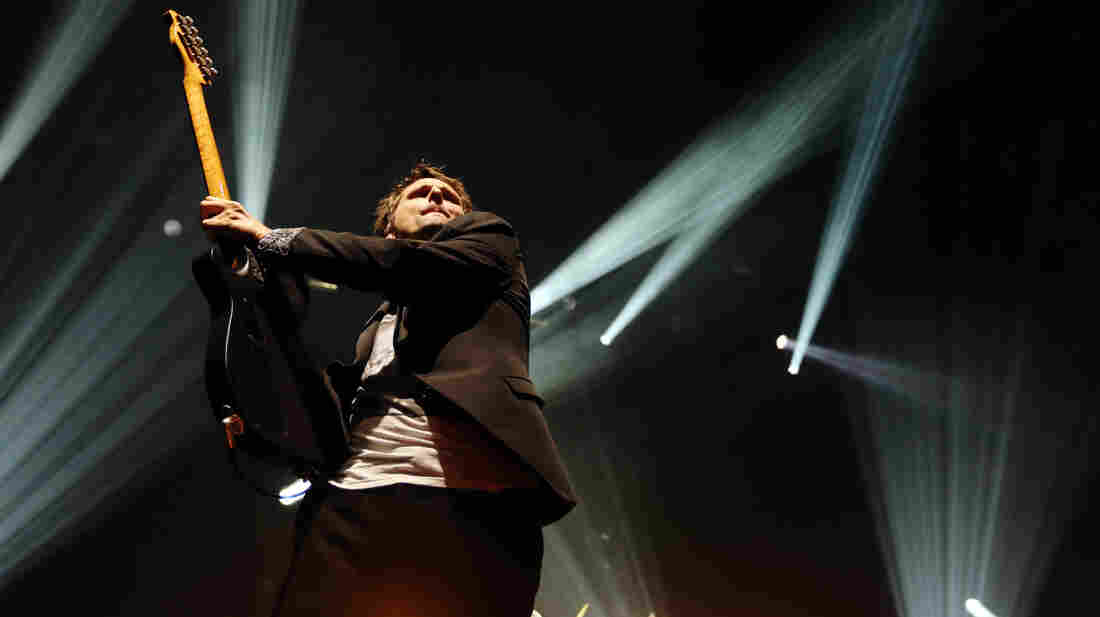 Muse's Matthew Bellamy includes the heartbeat of his son in utero on the song, "Follow Me." AFP/Getty Images hide caption

Known for its huge performances, the British band Muse has twice sold out London's Wembley Stadium — the second largest stadium in Europe. Muse has sold more than 15 million records worldwide to date, and was even chosen to write the official song for the 2012 London Olympics, called "Survival." The track is featured on Muse's new album, The 2nd Law, which is out now.

"We've kind of experimented with three quite different genres," says Matt Bellamy, the group's lead singer, guitarist and keyboardist. "Mainly, classic rock sounds, but also electro-pop sounds and also orchestral music. And I feel like this album is really the first album that kind of has those three distinct styles coexisting at once."

Bellamy says he's a bit of a science nerd: He's the one who came up with the title The 2nd Law, after the second law of thermodynamics. He's taken with the idea of entropy, or the tendency toward increasing disorder.

"I'm a bit of a geek," he says. "I read a lot of the Popular Science magazines and that sort of stuff. I just feel like music should reflect the kind of thing you're interested in, so I put in some of that stuff. And there's some more personal songs, as well."

Here, Bellamy talks to NPR's David Greene about the group's newest project and breaks down "Follow Me," which features his son's heartbeat in utero.