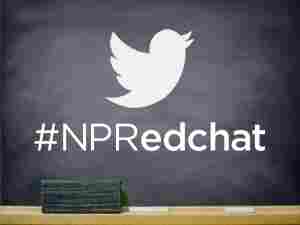 For generations, education has been key to the American dream of advancement and opportunity. Today, NPR's Tell Me More with Michel Martin (@TellMeMoreNPR) is broadcasting from member station WLRN and hosting a Twitter education forum on where the nation's schools now stand.

We talk to Alberto Carvalho (@MiamiSup), superintendent of Miami-Dade Public Schools. He's leading one of America's largest and most multicultural districts in its quest to transform classrooms for the 21st Century. We hear from current and former U.S. Secretaries of Education, national education advocate Michelle Rhee (@m_rhee) and Sal Khan (@khanacademy), the founder of online education powerhouse Khan Academy. We also hear from students, parents, teachers — and you.

Follow the national conversation that's already started and add your own ideas: Is your school broken? Who is responsible for making our schools better? What role should teachers, parents, the government, and private sector, be playing right now? Who is stepping up to the plate and who isn't?

Join us on Twitter during the live broadcast and throughout the day. Use #npredchat. You can also follow partners StateImpact (@StateImpactFL) and WLRN (@WLRN).