Accessibility links
Casinos Not An Easy Bet For Local Governments More jurisdictions are turning to gambling to plug budget holes, but some say the economic benefits are exaggerated.

Casinos Not An Easy Bet For Local Governments

Casinos Not An Easy Bet For Local Governments 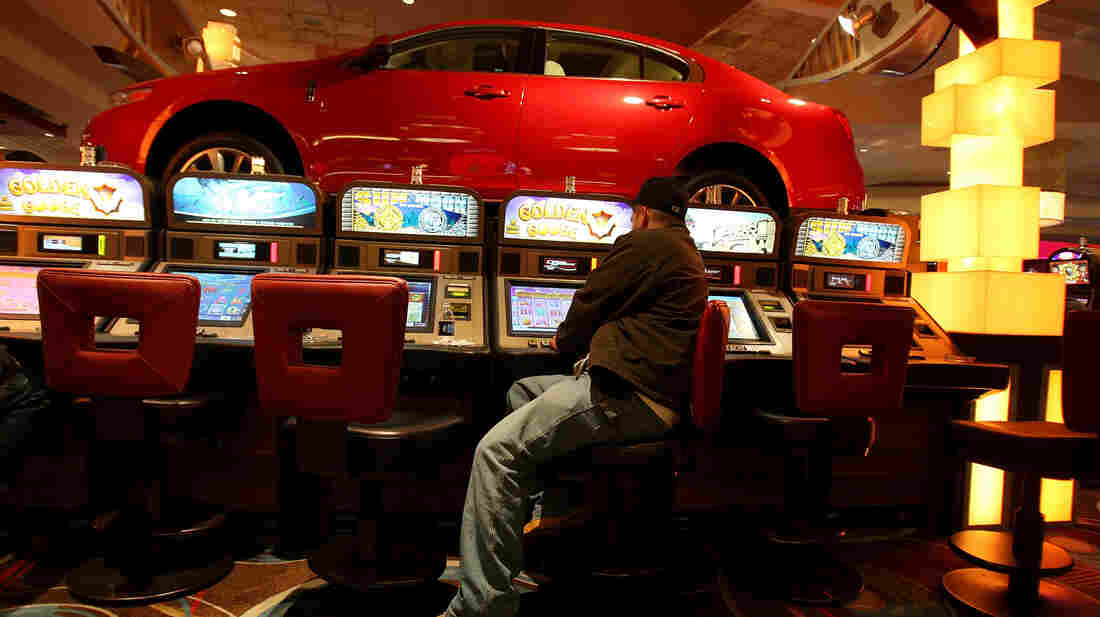 The MGM Grand Detroit is one of three resort casinos that have opened in the city since 1999. Spencer Platt/Getty Images hide caption

More states and cities are turning to casinos to generate revenue and plug budget holes.

The latest to try its luck is Maryland, where groups are waging an expensive campaign over a ballot question that will be put to voters next month. Proponents promise jackpots of jobs and funding for public schools, but analysts say the gamble doesn't always pay off at the levels promised for public coffers.

In the past two years, as the slow economic recovery has kept governments mired in shortfalls, new casinos have opened in Illinois, Kansas, New York, Pennsylvania and most recently Ohio. A casino proposal in Arkansas recently was removed from the November ballot after a state court judge invalidated the language in the ballot question.

Commercial gambling has spread to roughly 22 states — and nearly 30 states separately regulate venues operated by Indian tribes — on the strength of the industry's robust growth since its early days in the Las Vegas desert.

As Las Vegas-style casinos have proven to be reliable drivers of tourism and related business, public and political opposition to the "sin" business has gradually softened.

In 2011, the U.S. gaming industry posted $35.6 billion in revenues and paid nearly $8 billion in state and local gaming taxes, according to the industry trade group American Gaming Association. The industry also employed nearly 340,000 people, the majority of whom hold low-skilled positions with competitive wages that have been a draw particularly for minorities in large cities with high unemployment.

Now, estimating the economic impact of a new casino isn't so simple.

But the recession has hurt the industry and, in turn, driven down tax collections for states. Industry revenues, which peaked at $37.5 billion in 2007, haven't fully recovered. Last year, wages and the number of jobs fell across the industry. And commercial casino tax revenue dropped in 9 of 22 states.

In addition, competition from new casinos in various states has dragged down revenues and tax collections in mature markets such as Atlantic City.

Some new venues aren't immune: Ohio's first two casinos, which opened this year, have recorded three consecutive months of declining revenue. Projected casino tax revenues will replace only a fraction of state cuts to both education and aid to local governments, according to a new study.

"The recession just sort of set everything back," says economist William Eadington, director of the Institute for the Study of Gambling and Commercial Gaming, at the University of Nevada, Reno. "Now, estimating the economic impact of a new casino isn't so simple."

Less Than A Windfall For Tight Budgets

Eadington says the two greatest factors of success for Las Vegas-style casinos are tourism and the volume of gamblers drawn from outside the area. If a casino can't count on both, its revenue could be limited.

In Detroit, for instance, those shortcomings pose a challenge for its three resort casinos, even though they have met most tax revenue and job growth expectations since opening between 1999 and 2000.

Detroit is the fourth-largest casino market in the United States, based on $1.4 billion in revenue last year. The casinos collectively are among the biggest taxpayers to the city, having paid $177 million last year (plus another $23 million in fees for public safety and other services). 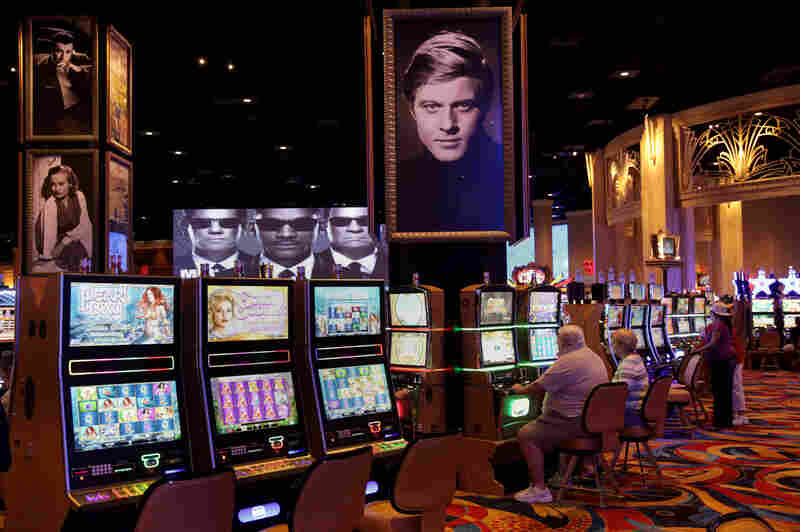 Gamblers play slots during the grand opening of the Hollywood Casino in Toledo, Ohio, in May. It was the second casino to open in the state. Marvin Fong/The Plain Dealer/Landov hide caption 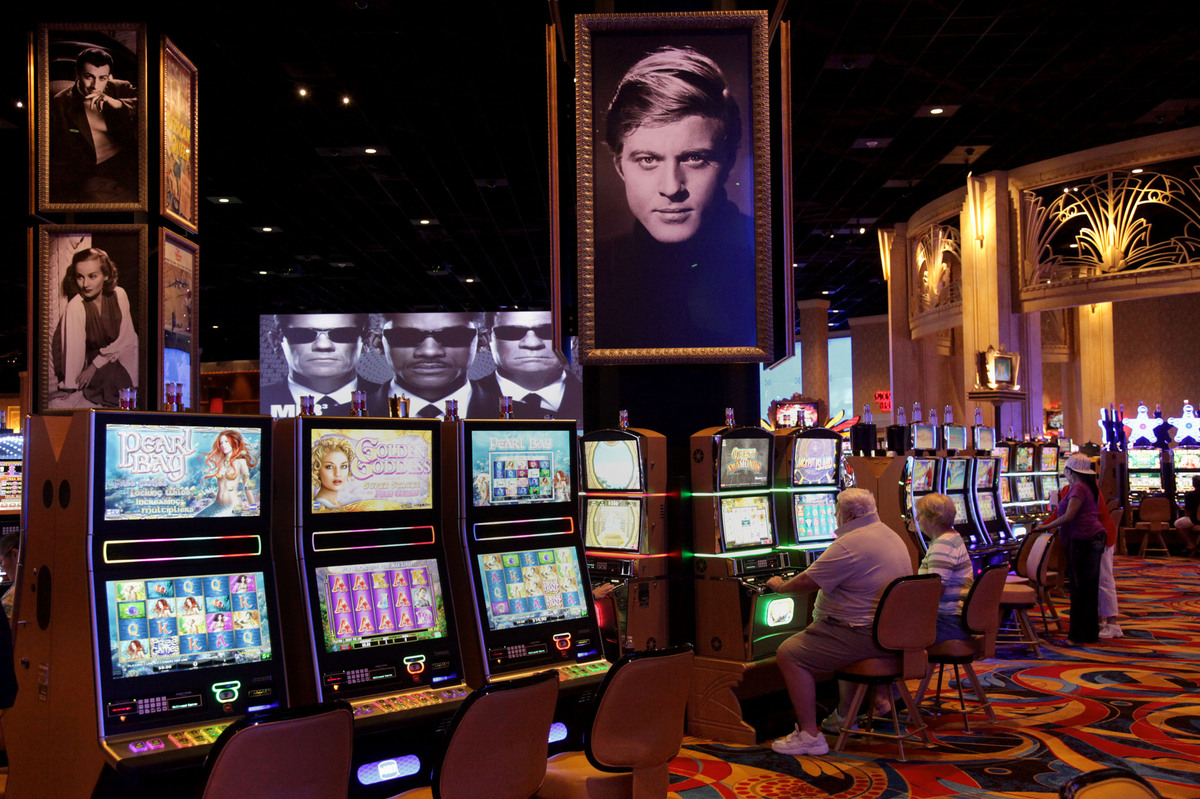 Gamblers play slots during the grand opening of the Hollywood Casino in Toledo, Ohio, in May. It was the second casino to open in the state.

As the auto industry has shrunk, the casinos have become a major employer of African-Americans. That was one of the intentions of the city's black political leadership in requiring that roughly half the casino jobs be held by residents of Detroit, which is nearly 83 percent black.

But the city, struggling with high unemployment and massive population losses, and teetering on state receivership, lacks a strong tourism base to draw gamblers. The casino revenue, in effect, largely replaces other tax collections that have been lost.

"The city would be in much worse shape without the casinos," says Bettie Buss, a former city budget analyst who tracks Detroit's fiscal problems for the nonprofit Citizens Research Council of Michigan.

Buss notes that the city expects to receive nearly $30 million less from the casinos this year. And Ohio's new casinos have prompted Detroit to brace for another hit to its gambling revenues.

The casino proposal in Maryland has raised similar concerns. The plan, which will be Question 7 on the state ballot, calls for the construction of a new Las Vegas-style casino in Prince George's County, a large, majority black suburb that borders Washington.

The new casino is projected to generate an estimated $200 million in annual tax revenue slated for state education funding.

This summer, the state faced a projected $1 billion budget deficit, prompting Gov. Martin O'Malley to sign into law a tax increase on residents who earn more than $100,000 a year.

Currently, the state has three other gambling sites, which are smaller venues with slot machines and video gaming, and has authorized the opening of two more. But the casinos haven't hit revenue targets, prompting concerns that the market can't support what would be a sixth and much larger casino.

And a report released Wednesday by the Maryland Public Policy Institute questions the formula used to estimate expected tax revenue.

"The feeling was you can get a pretty high tax rate," says Joe Kennedy, a senior fellow at the institute and author of the report. "I don't think that really works when you're making gaming a major state industry."

The plan has attracted the backing of most area Democrats, including Prince George's County Executive Rushern Baker III.

"It's not just about gaming; it's about jobs," Baker said at a recent press conference.

The proposal also recently won the endorsement of the Washington Redskins professional football team, which rarely wades into local political issues. The Redskins' stadium is nearby.

The campaign has ignited an expensive ad war between companies and developers with a stake in the outcome. Spending recently surpassed $40 million, largely in television and radio ads, according to disclosure reports.

Deep-pocketed supporters include Caesars Entertainment, which plans to open a Harrah's casino in Baltimore; and MGM Resorts, which has spent more than $14 million in the hope of being chosen to build the proposed casino at National Harbor.

The companies are pouring money into the committee promoting passage of the ballot question, For Maryland Jobs & Schools. The group's ads say the casino expansion would create new construction jobs, 10,000 permanent jobs and nearly $200 million in funding for schools.

Leading the opposition is Get the Facts — Vote No on 7, which has been funded primarily by $21.5 million contributed by Penn National Gaming, which owns a casino and racetrack in West Virginia that has been a favorite of Maryland residents, but could lose significant market share to a large new venue built in Maryland.

The group's ads warn voters that the economic benefits of a new casino are empty promises.

A state legislative analysis has largely backed supporters' claims about school funding. But opponents note that the money could be diverted to other uses, including future budget shortfalls, because it's not earmarked exclusively for education.

"Just because the money goes into the education trust fund doesn't mean it goes to kids and schools," says Kevin McLaughlin, spokesman for Get the Facts — Vote No on 7.