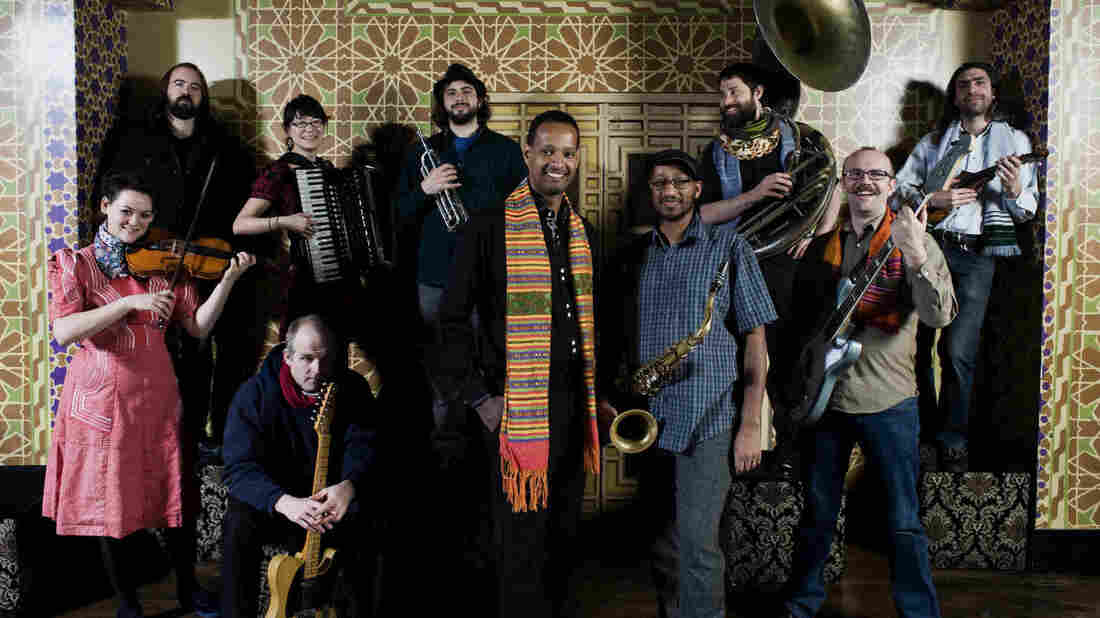 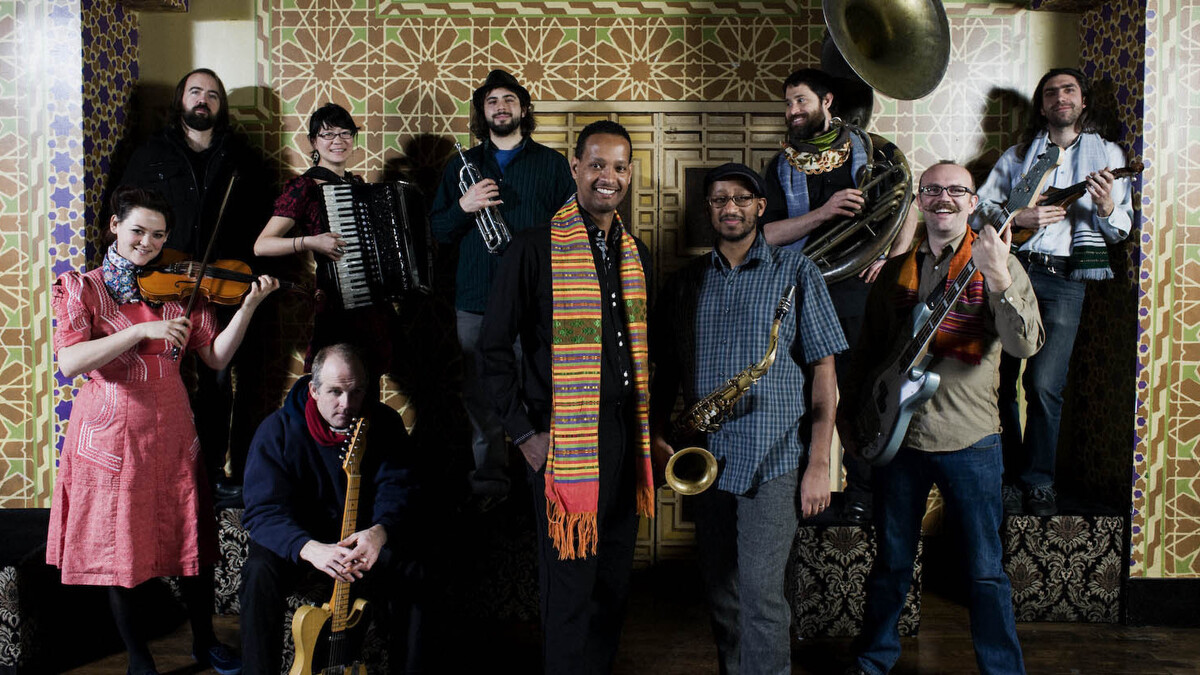 The 11-member group from Boston known as Debo Band has a sound influenced by the traditional music played in Addis Ababa, Ethiopia, in the late '60s and early '70s. This style, labeled "Addis swing," came about amid the cultural freedom of that period, before a military coup put an end to the era. Ethiopian-American saxophonist Danny Mekonnen, who was born in Sudan and grew up in Texas, founded Debo Band, which released a self-titled album in July.

Debo Band combines American funk, brass-band music, R&B and rock, all filtered through Ethiopian soul to produce a unique, jazzy mix. The group has toured Africa twice, appearing at both the Ethiopian Music Festival in Addis Ababa and Sauti Za Busara in Zanzibar — the largest music festival in East Africa. (The band is currently touring the U.S.) In this session of World Cafe, Mekonnen talks about the golden age of Ethiopian music, and Debo Band performs a few of its songs live.