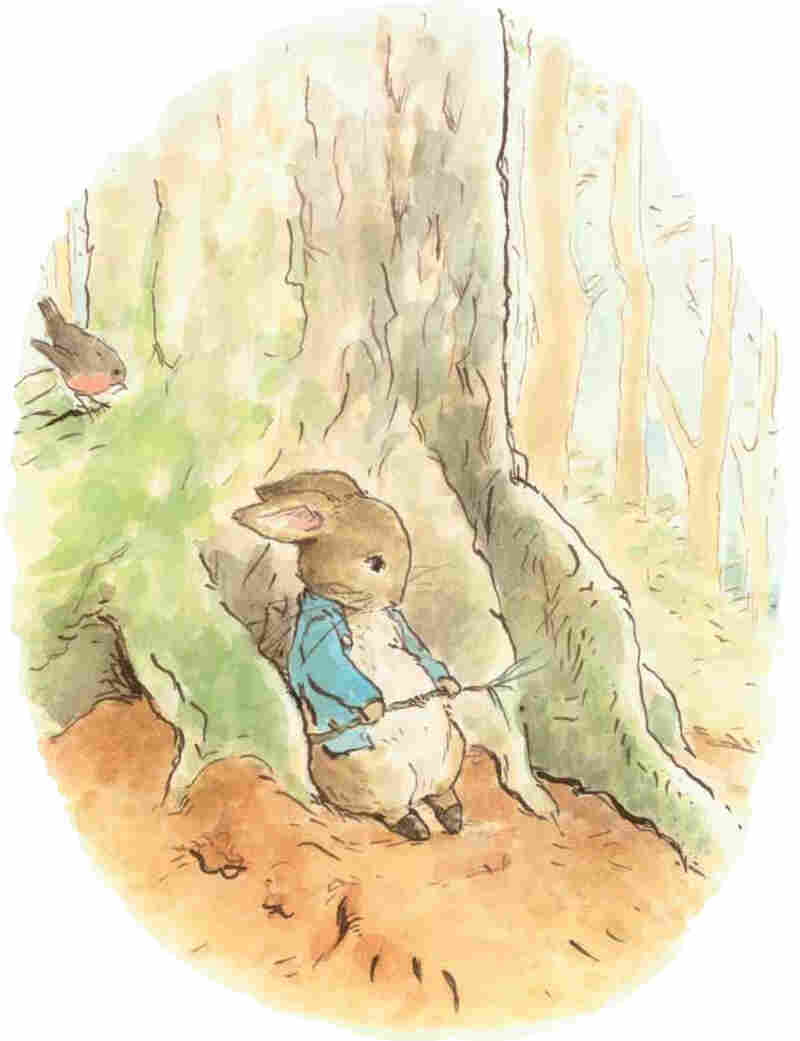 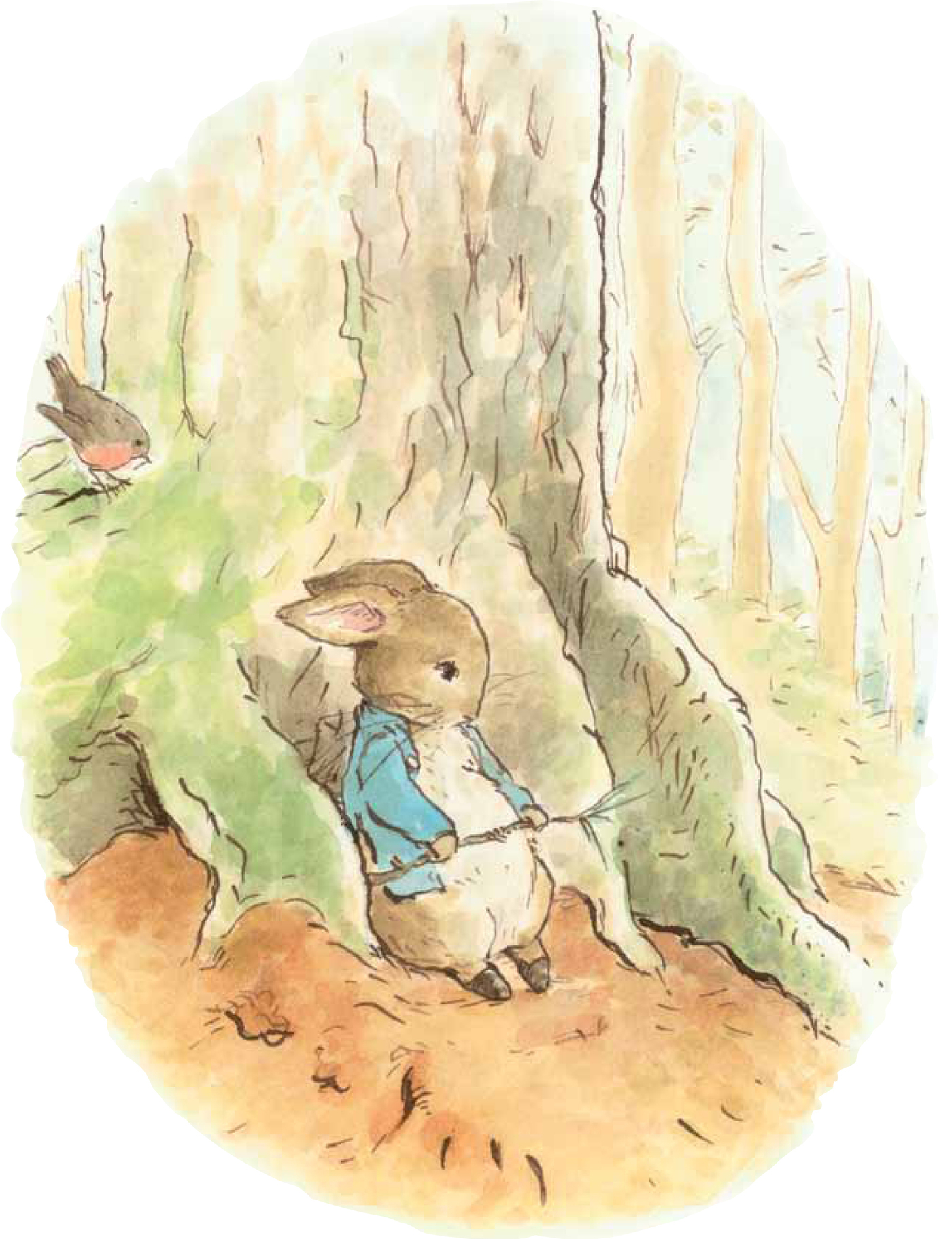 In Emma Thompson's new book, Peter Rabbit decides he needs a change of scene to cure his mopey mood.

Beatrix Potter first brought the mischievous bunny to life in 1902 with tales of stealing lettuce and making trouble. Now, Thompson's version takes Peter Rabbit across the Scottish countryside. Not surprisingly, it opens with Peter Rabbit contemplating an adventure in which he's sure to break a lot of rules.

"Peter is sort of anarchistic, which I love," Thompson tells NPR's Renee Montagne.

The Further Tale of Peter Rabbit is the bunny's first foray into the world since 1930. It's also the first authorized Peter Rabbit story to be written by someone other than Beatrix Potter. Thompson shares her childhood memories of reading Peter Rabbit and discusses how she went about preserving Potter's singular writing style. 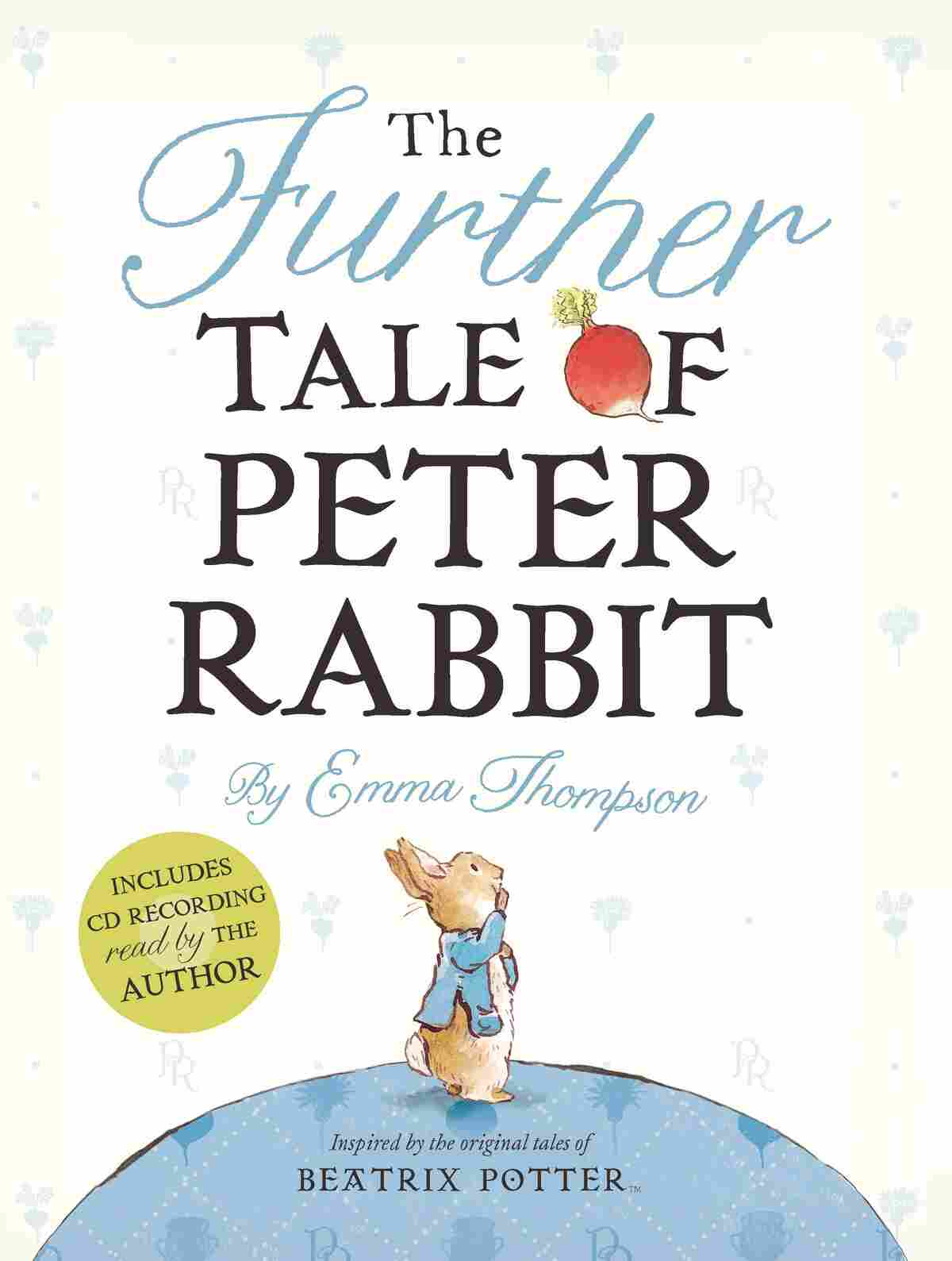 The Further Tale of Peter Rabbit

"It wasn't a formal letter as such. It wasn't a 'Dear Ms. Thompson, would you consider blah' from the publishers. It was a little box with two half-eaten radishes in it and a letter from Peter Rabbit. And the child part of me, I think, actually believed it had come from Peter Rabbit himself. And that got past my defenses and my fear for long enough for me to say, 'OK, well, I'll have a go.' "

"The Potter oeuvre consists of lots of different kinds of books. Some are very much for the younger child, because they've only got about two or three words on each page. And then there are the much longer, sort of novel versions. So Dad, of course, ... essentially wanting to get back to the football or a beer, would try to read just the very short ones. And we would beg for him to read The Tale of Mr. Tod, you know, which in bedtime story terms is only a little bit shorter than The Satanic Verses, you know, it's a lot to read at night. And I know that now because I read them to my own daughter and started to ... cut like crazy, edit like mad, until suddenly, she stopped me. A little tiny voice said, 'You left out the part about the bones.' And I had! I had been cutting shamelessly because I wanted to get downstairs to my glass of chardonnay. I admit it, I freely admit it. And from then on I had to read the whole thing." 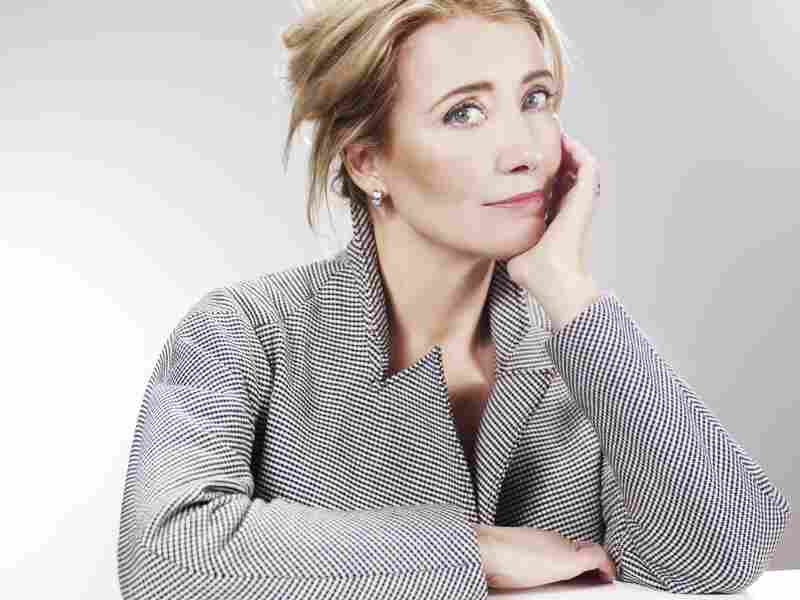 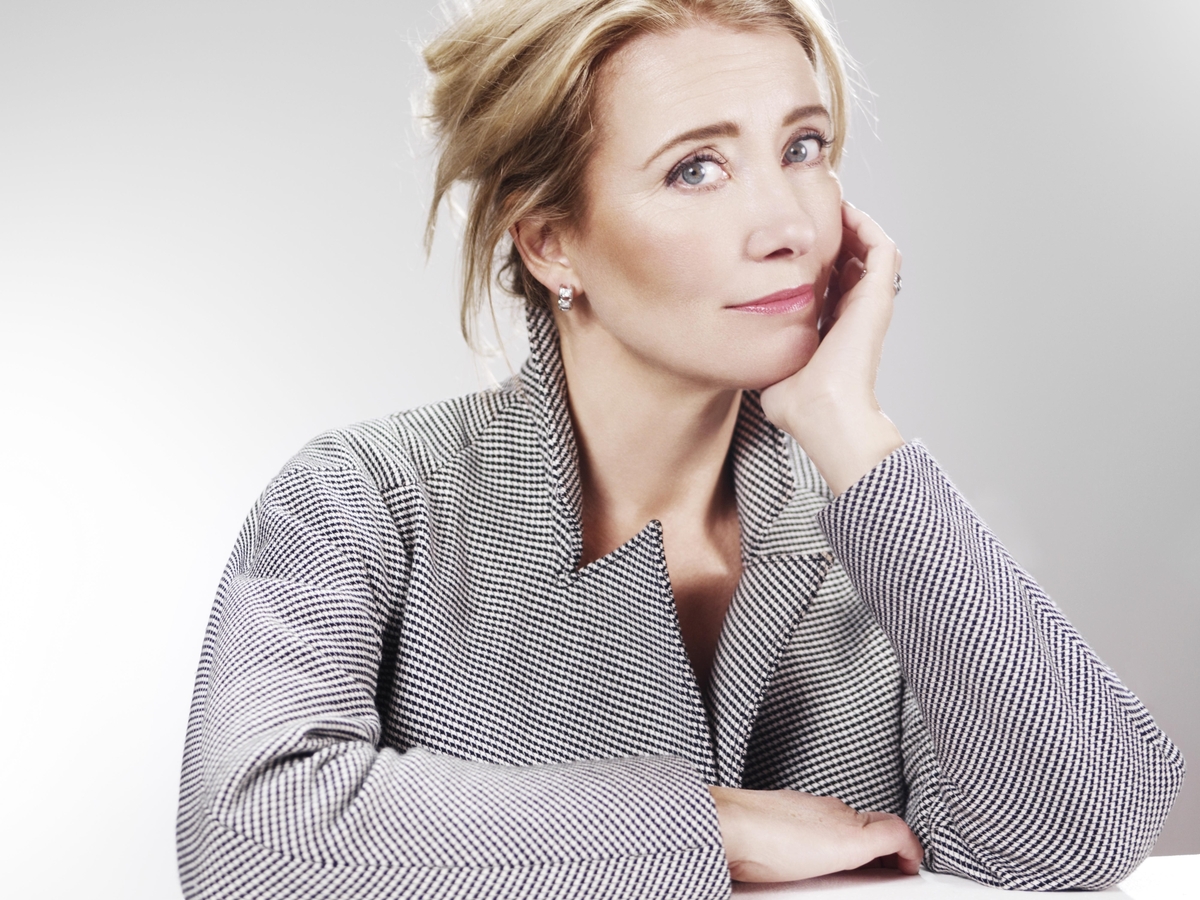 On channeling the voice of Beatrix Potter

"I think it was a question of just allowing her influence upon me as a child to speak to me as I worked. I was in Scotland when I was writing, and she was very much influenced by Scotland, and I believe that landscape enters you when you're little in a very particular way, and very much affects your development. And I think that language is the same. I think the first words that enter you when you're very small have a hugely powerful, potent impact on your relationship with language. And to have had Potter as a child did me — not to make her sound like spinach or anything — a lot of good because she's such a brilliant writer." 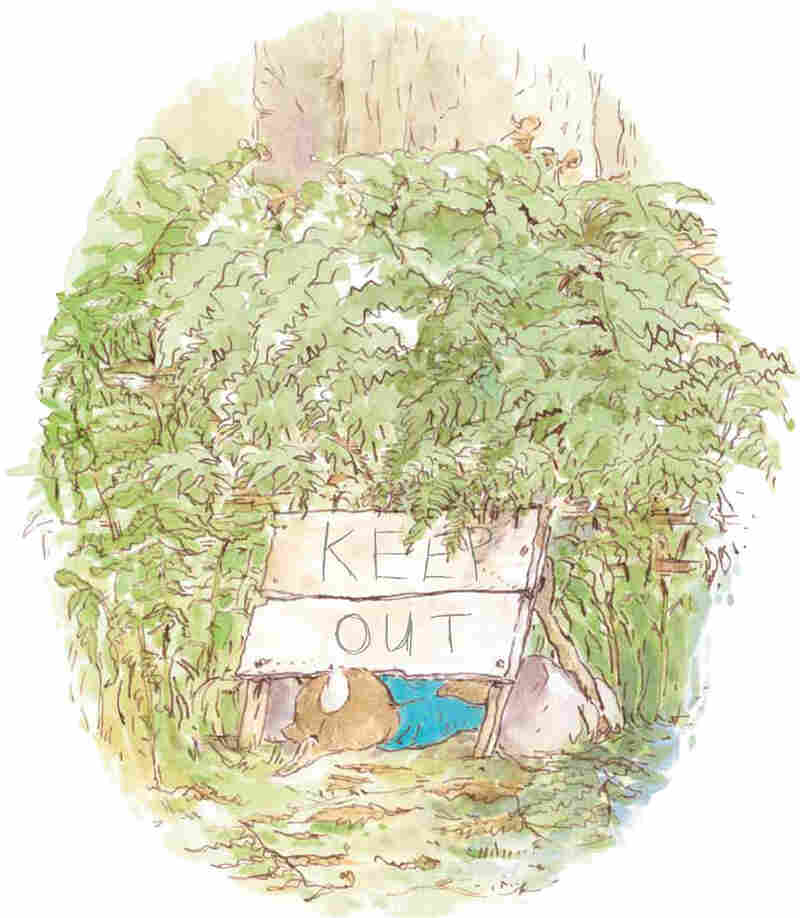 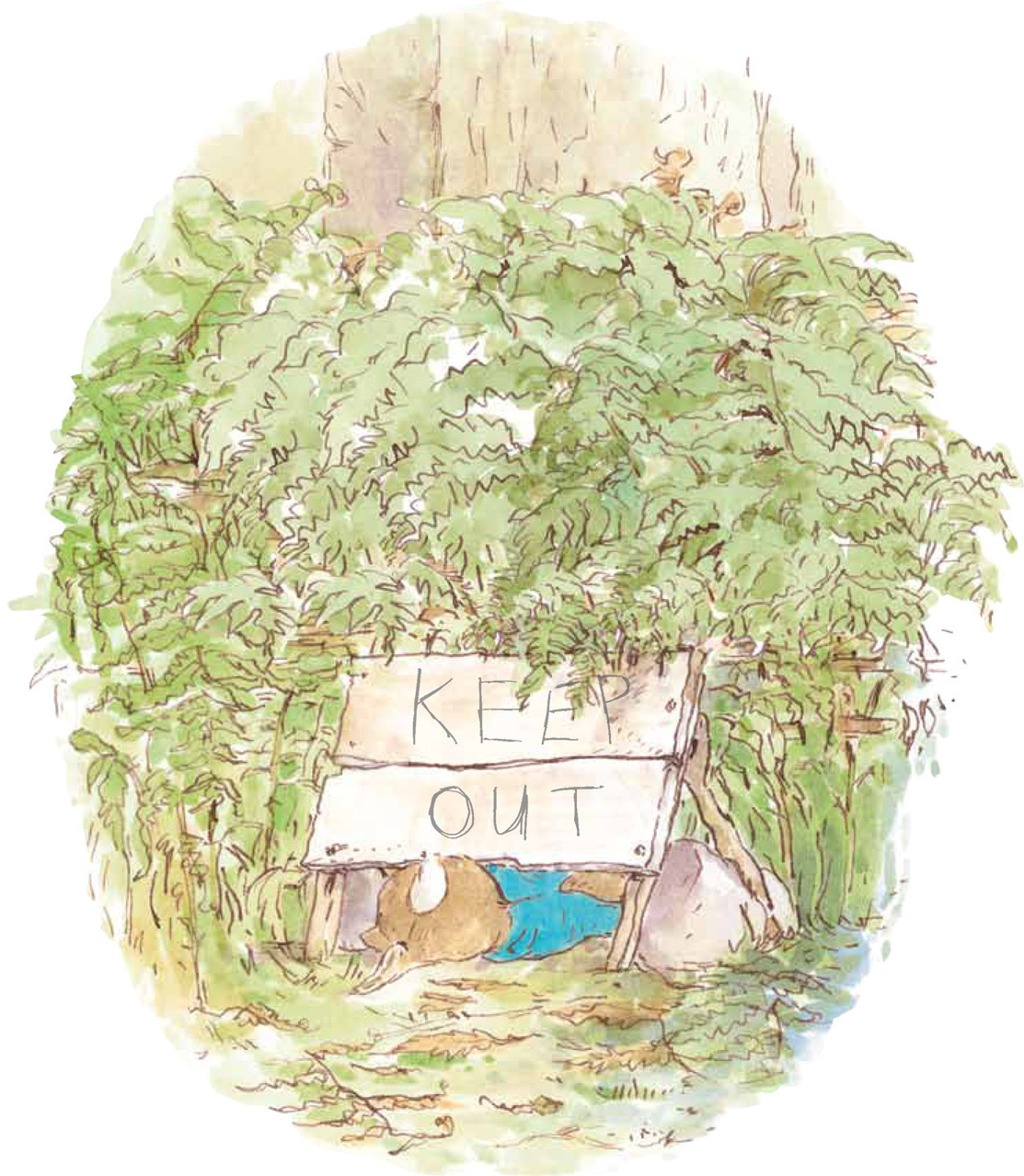 "Take it slow, much slower than you think. Give them plenty of time to look at the pictures and sort of extrapolate from the pictures. And with this book, you can do things like — there's a page where he comes up on a sign which reads, 'Keep Out,' and I've written, 'I imagine it will not surprise you to hear that Peter did not keep out. He ...' And then you can pause and most children say, 'went in.' They just do, because I've tried it, I've tested it out on groups of children. He didn't keep out, what did he do? He went in because it's the opposite of keep out, which is lovely for kids, so they can guess what he did."

Read an excerpt of The Further Tale of Peter Rabbit