Accessibility links
Movie Review - 'Seven Psychopaths' - Martin McDonagh's first film since In Bruges is a whimsically brutal comic thriller with — to name just three — an Amish throat-slasher, a dynamite-packing Buddhist and a serial killer who's fond of white bunny rabbits.

A Hollywood Noir Starring 'Seven Psychopaths' (Or So)

A Hollywood Noir Starring 'Seven Psychopaths' (Or So) 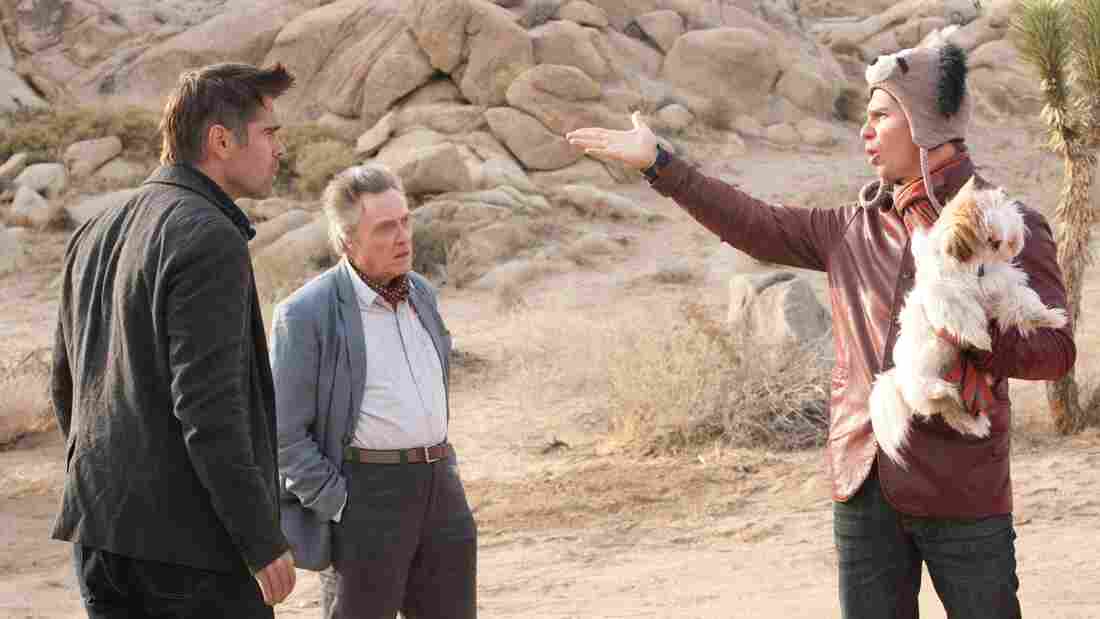 If you do the math, the number of true psychopaths in Seven Psychopaths may not quite add up. Perhaps writer-director Martin McDonagh didn't want to go overboard with the murderous crazies. As it is, he's peopled his whimsically brutal comic thriller with — to name just three — an Amish throat-slasher, a dynamite-packing Buddhist and a serial killer who's fond of white bunny rabbits. That's probably enough.

Then again, the killer sickos are just the gimmick in Seven Psychopaths. This is really a movie about the creative impulse and its tendency to make people nuts, a subject it explores with incessant and sometimes exasperating restlessness.

Colin Farrell plays Marty, a Hollywood screenwriter who's behind on his latest script: He has the title ("Seven Psychopaths") and one or two characters (including the killer Buddhist, though he hasn't yet figured out exactly how a Buddhist goes about killing), but beyond that, he's lost.

His best friend, aimless actor-type Billy Bickle — he's played by Sam Rockwell, and his last name is perhaps an all-too-obvious clue regarding his psychological temperament — begs Marty to let him co-write the screenplay, going so far as to take out a "calling all psychopaths" newspaper ad without his buddy's consent.

Billy is extremely loyal to his friends: He believes, rightly, that Marty has a drinking problem and tries to get him off the sauce. He uses up other portions of his generally empty days helping another pal, Hans (Christopher Walken), kidnap dogs and return them to their owners shortly thereafter; Hans accepts, with faux reluctance, whatever reward money is offered, and then uses it for his wife's cancer treatments, so his heart is in the right place. 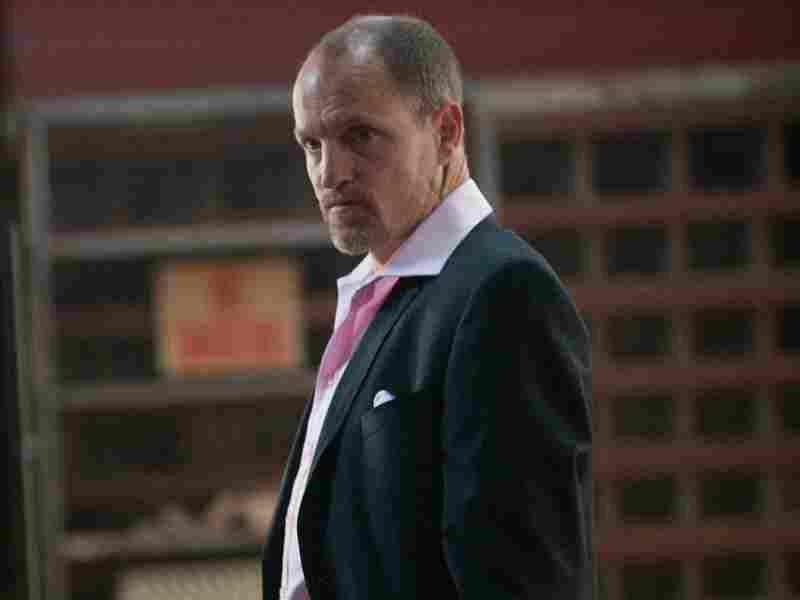 Charlie (Woody Harrelson) turns out to be the kind of guy who's willing to do anything to get his pet back. CBS Films hide caption 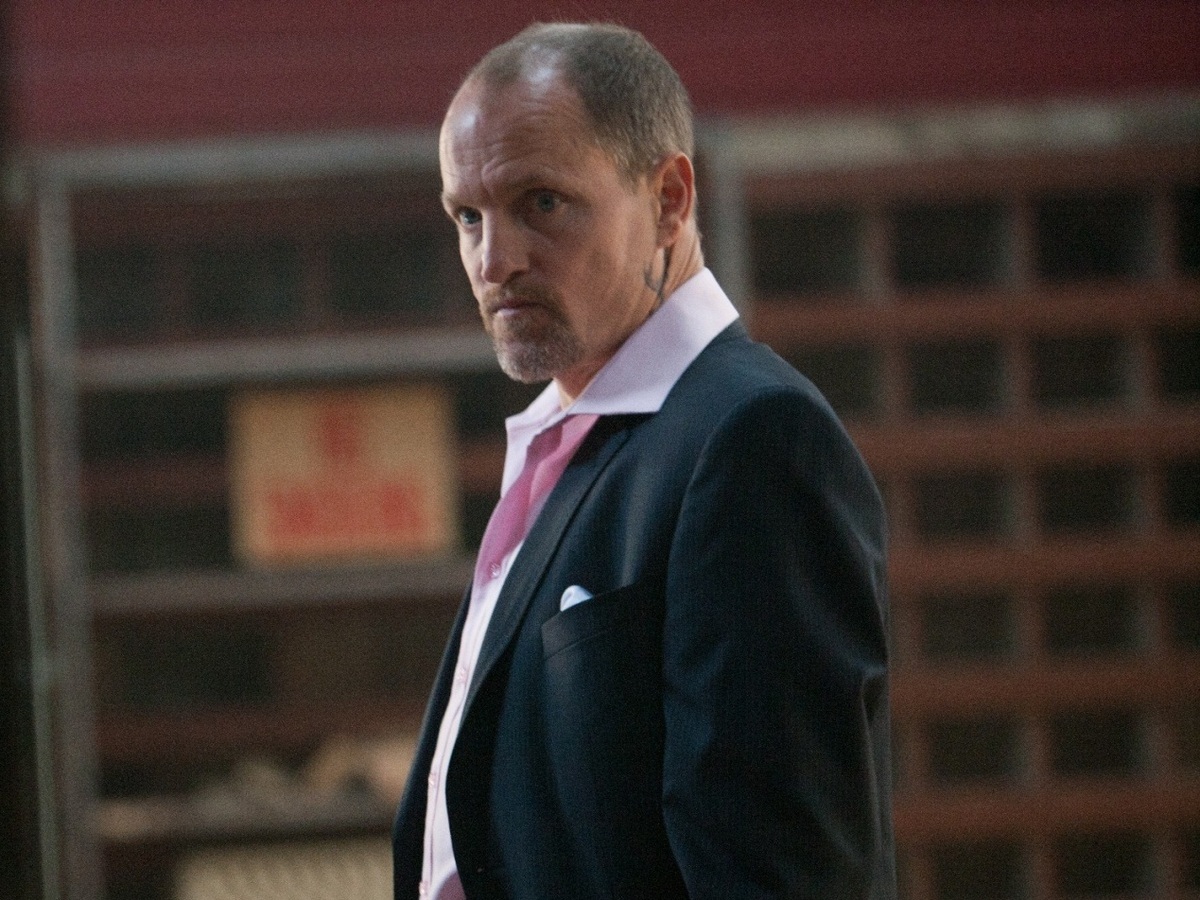 Charlie (Woody Harrelson) turns out to be the kind of guy who's willing to do anything to get his pet back.

But one day, Billy nabs a petite Shih Tzu on Hans' behalf. (The dog's name, in real life and in the picture, is Bonny, and the movie's press notes describe her as a "fur fatale," which is about right.) He doesn't know that the winsome little puffball is the beloved pet of a ruthless Hollywood gangster named Charlie (Woody Harrelson), who's ready to break kneecaps, or worse, to get his pooch back.

Seven Psychopaths is McDonagh's first film since his 2008 debut feature, In Bruges, and it shares that picture's precocious archness. Characters trade barbs and quips like crazy blue jays, and the rambunctious exchanges are entertaining at first.

But the picture is so aggressively clever that it becomes wearisome. What starts out as a funny-grim Hollywood noir, complete with grisly razor slashings and blunt, point-blank stomach shootings, ends up as a semi-existential rumination on the nature of creating art, as three of the major characters camp out in the desert, waiting — and waiting — for a Peckinpah-style shootout to happen. It's probably supposed to mean something deep, but what? There's something overtly mechanical about McDonagh's approach that keeps it all from being as outrageously fun as it's pretending to be.

But it is enjoyable to watch the parade of actors McDonagh has assembled: Farrell, with his perpetually anxious brow, is refreshingly low-key in the midst of all this overwritten folderol. Tom Waits appears in a small but potent role; he's scruffy and touching, as earnest as a tattered valentine. And Walken — nominated for a Tony Award for his role in McDonagh's 2010 play A Behanding in Spokane — is something to behold, thanks to his trademark Walken weirdness.

When a mob baddie sticks a gun in his face and asks him to put his hands up, he retorts, with the bland indifference of a lizard sunning himself on a rock, "No." When the aggressor asks him why he refuses to comply, he elaborates: "Because I don't feel like it." Walken strides through Seven Psychopaths casually, gracefully, like the superb dancer that he is. Everything else around him is working overtime, but he doesn't seem to notice.