A Dud Of A Comedy, But At Least The Cast Is Explosive

A Dud Of A Comedy, But At Least The Cast Is Explosive 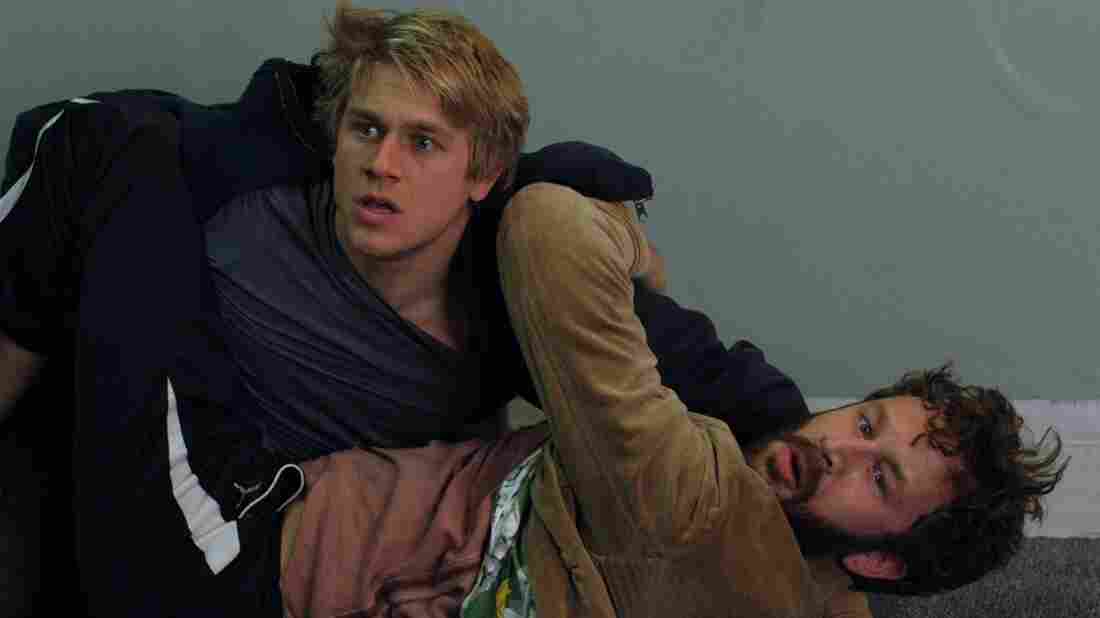 Beneath a bright blue, near-cloudless sky, a lone aluminum trailer sits amid the sagebrush, the flat amber earth and the forbidding heat of Death Valley. Oddly enough, the trailer's single inhabitant doesn't seem the hermit type: Frank (Charlie Hunnam) is young, well-dressed and extremely handsome, the kind of blond-haired and blue-eyed good-looking that usually comes with easy confidence and a modeling contract.

But Frank is meek, almost broken, and his self-imposed desert exile represents a last-ditch effort to escape years of psychological and emotional humiliation. A sticky note above his modest desk reminds him: "Your family is poison. Stay away. Be Honest."

It's good advice — and not just for Frank. In part a comedy about surviving having a manipulative narcissist for a brother (and the family that enables him), 3, 2, 1 ... Frankie Go Boom opens with a grainy "home movie" of a childhood prank executed by Frank's older brother, Bruce (Chris O'Dowd). It's a relatively harmless piece of tomfoolery, unless you see something wrong with inviting your brother to picnic over what turns out to be your makeshift Burmese tiger pit.

Decades after he languished mud-covered and crying in a hole in the ground, Frank should know better than to trust his family, but when his mom calls — for some reason this hermit needs his cellphone — and insists he come back to Los Angeles on the day Bruce gets released from rehab, Frank reluctantly agrees to endure the crucible once more.

Bruce's early exploits, if committed by someone less severe, might have been just a phase, something to serve as background for his adult relationship with Frank. Instead they define Bruce's character and set the tone for Frankie, a blithely mean-spirited movie that banks on the efficacy of schadenfreude and the hilarity of seeing its nice-guy protagonist squirm.

It's not a successful conceit. Taking pleasure in Bruce's one-sided and unjustified harassment of his brother runs very much counter to the impulse to sympathize with Frank and invest in his struggles. Then there's the fact that Frankie is also a fairly heavy-handed romantic comedy, complete with requisite meet-cute. As Frank is leaving Bruce's rehab clinic, mostly unscathed, Lassie (Lizzy Caplan), a damsel in drunken distress, crashes into him on her bike. 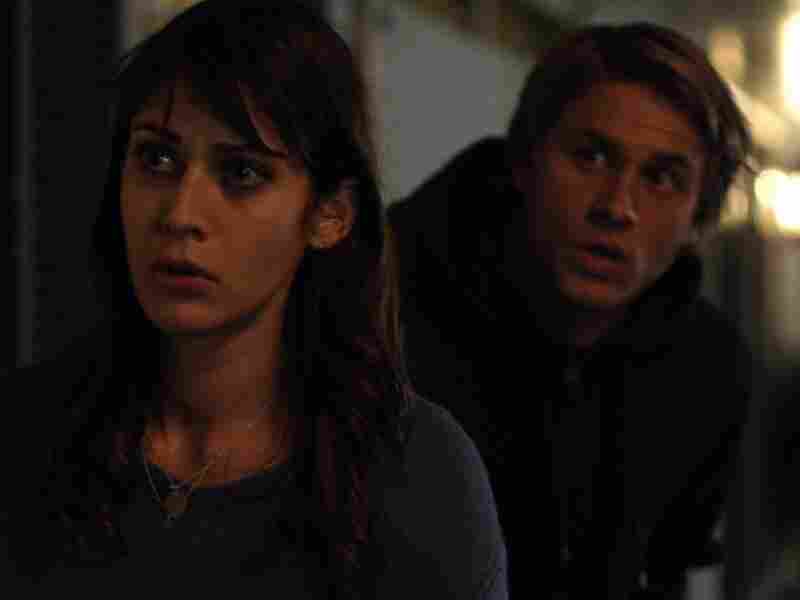 When he returns to L.A. to see his family, Frank meets Lassie (Lizzy Caplan), a woman who has almost as many relationship issues as he does. Variance Films/Gravitas Ventures hide caption 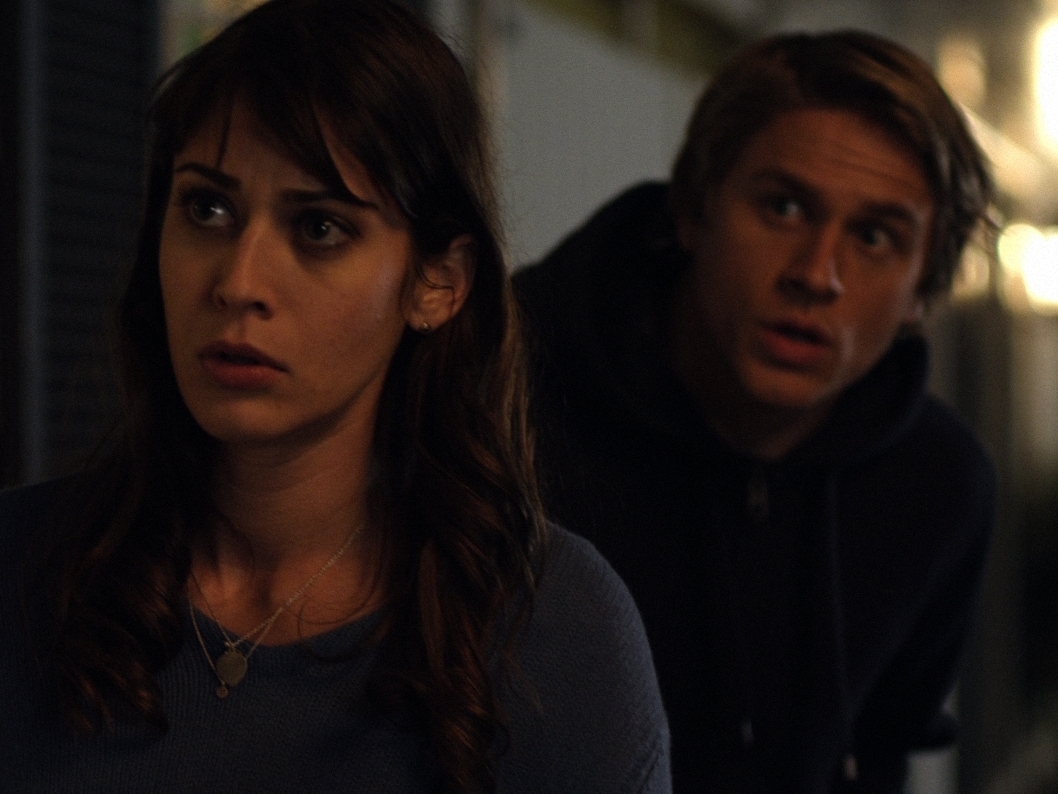 When he returns to L.A. to see his family, Frank meets Lassie (Lizzy Caplan), a woman who has almost as many relationship issues as he does.

Lassie has just caught her boyfriend cheating on her — with the pool boy — and seeing that she has a speck of chemistry with Frank, she tries to seduce him back at his parents' house. A couple of hours of performance issues later, Frank reveals his own romantic misfortune: Though Bruce's pranks escalated over the years, his penchant for recording Frank's failures remained a constant, even when they were disasters he didn't orchestrate.

At Frank's wedding, for instance, Bruce was there to capture the groom's mortification when he learned his fiancee had been cheating on him — and like a good brother, Bruce was there again to upload the footage to the Internet, where it became the viral hit that sent Frank into hiding. Commiserating about the experience seems to help things, and Frank and Lassie spend the night together.

Lassie is gone in the morning, but Frank will soon have something to remember her by — in the form of yet another video Bruce made of the unsuccessful first half of their night, which is now quickly making its way around the YouTubes. Frank, mostly soft-spoken and rather wooden as played by Hunnam, finally explodes at Bruce, who is now an aspiring film director and really doesn't see any of this nonsense as his problem.

Far from the pleasant policeman he played in Bridesmaids, O'Dowd leans into Bruce's self-obsession, and he's fully believable as the kind of son who would sell his parents' cars for drug money — and the kind of sociopath who wouldn't save a pet pig from drowning. (That's not a metaphor. There's an actual pig-drowning.)

Only when Bruce learns that Lassie is the daughter of his rehab roommate Jack (Chris Noth), an unbalanced former A-lister, does he join Frank in trying to get back the (lack-of) sex tape. That's when — rather than taking advantage of the opportunity for these two characters to explore their dysfunctional relationship — Frankie trades organic comedy for arbitrary wackiness, as Frank and Bruce follow the tape to the house of Jack's Latina housekeeper, to a porn production company where it was uploaded, and to the boudoir of Bruce's former cellmate Phyllis (Ron Perlman), a master hacker and transwoman whose recent sex-reassignment surgery Frankie finds endlessly comical. Frank's relationship with Lassie feels equally dated, proceeding as it does along familiar romcom routes signposted by cliche and formula.

Tragically unfunny, Frankie is occasionally elevated by some of its gifted and game cast, but the film's nasty, comedically incoherent script limits its potential. That the movie is only an hour-and-a-half long should be some kind of relief, but frankly that amount of time spent watching Frank in the desert, alone in silence, might have been funnier. It certainly would have been more human.