Accessibility links
Vatican II: A Half-Century Later, A Mixed Legacy This week marks the 50th anniversary of the Second Vatican Council, or Vatican II, which opened the Catholic Church's window onto the modern world. Among other things, it gave a larger role to lay people and updated the liturgy. But the changes provoked a backlash, the effects of which are being felt even today. 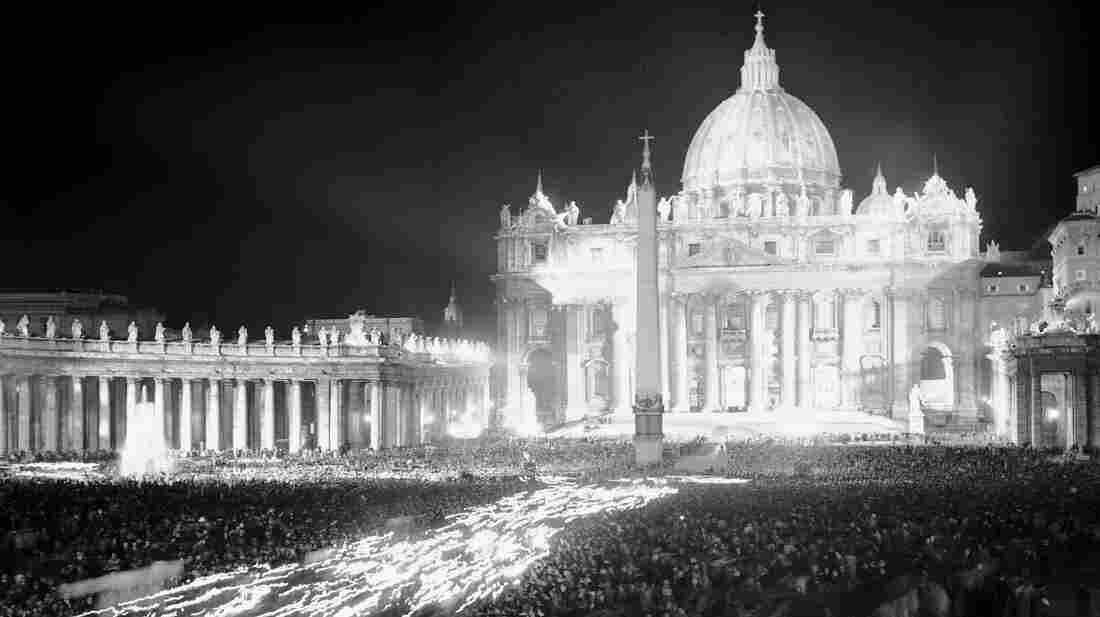 Thousands of faithful Catholics carry torches in a procession in St. Peter's Square in Vatican City on Oct. 11, 1962, the opening day of the historic Second Vatican Council. Over a three-year period, more than 2,000 bishops from around the world issued 16 landmark documents, which championed a more inclusive, less hierarchical and open church. Girolamo Di Majo/AP hide caption 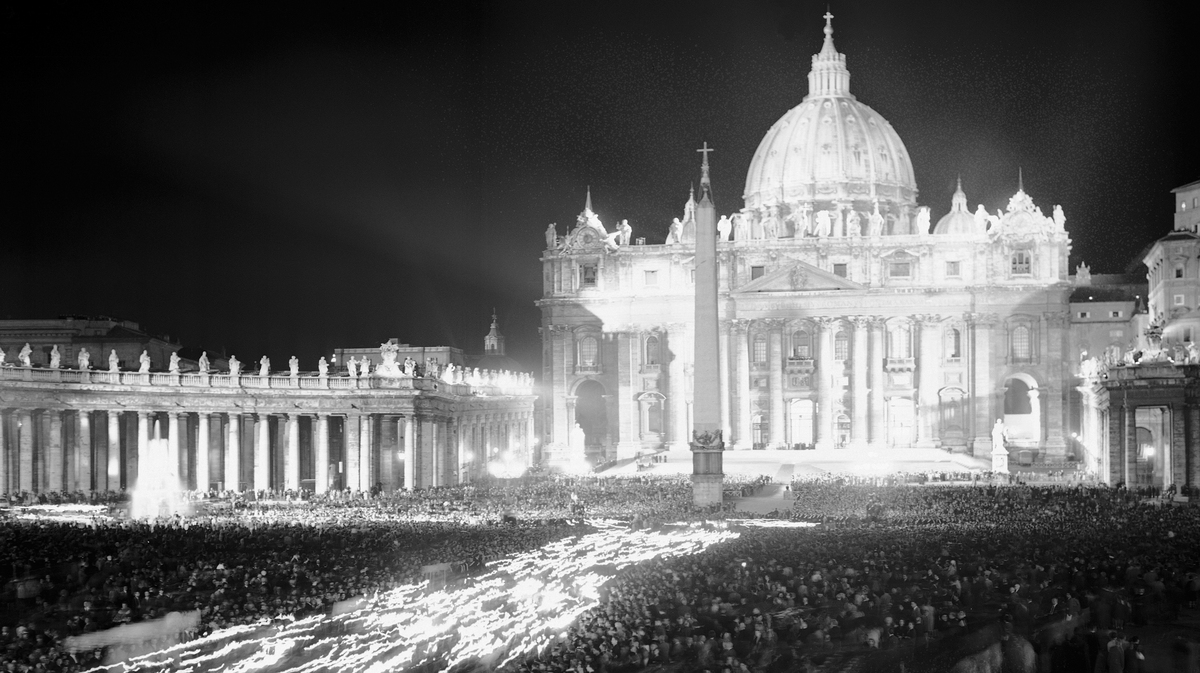 Thousands of faithful Catholics carry torches in a procession in St. Peter's Square in Vatican City on Oct. 11, 1962, the opening day of the historic Second Vatican Council. Over a three-year period, more than 2,000 bishops from around the world issued 16 landmark documents, which championed a more inclusive, less hierarchical and open church.

At Rome's Basilica of St. Paul Outside the Walls, 50 years ago this week, the newly elected pontiff stunned the world by calling the first Catholic Church Council in nearly a century — the Second Vatican Council, or what's known as Vatican II.

Pope John XXIII called for the institution's renewal and more interaction with the modern world.

As a result of Vatican II, the Catholic Church opened its windows onto the modern world, updated the liturgy, gave a larger role to laypeople, introduced the concept of religious freedom and started a dialogue with other religions.

"It was a time of a new hope, when everybody was proud that we are able to convoke such a council, and having a real renewal of the Catholic Church," says Hans Kung, who was the youngest theologian at Vatican II. 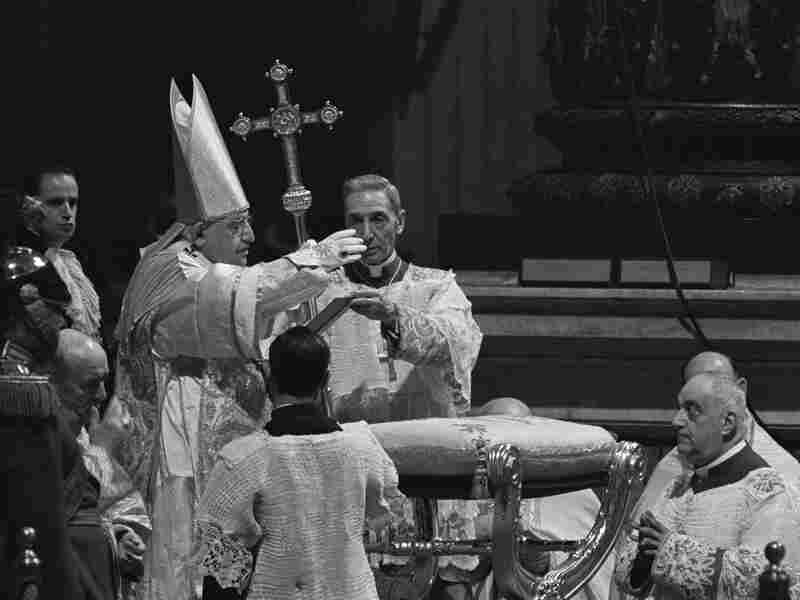 Pope John XXIII waves a hand in blessing during the opening day of Vatican II, on Oct. 11, 1962. The newly elected pope surprised many Catholics by convening the gathering, the first of its kind in nearly a century. Raoul Fornezza/AP hide caption 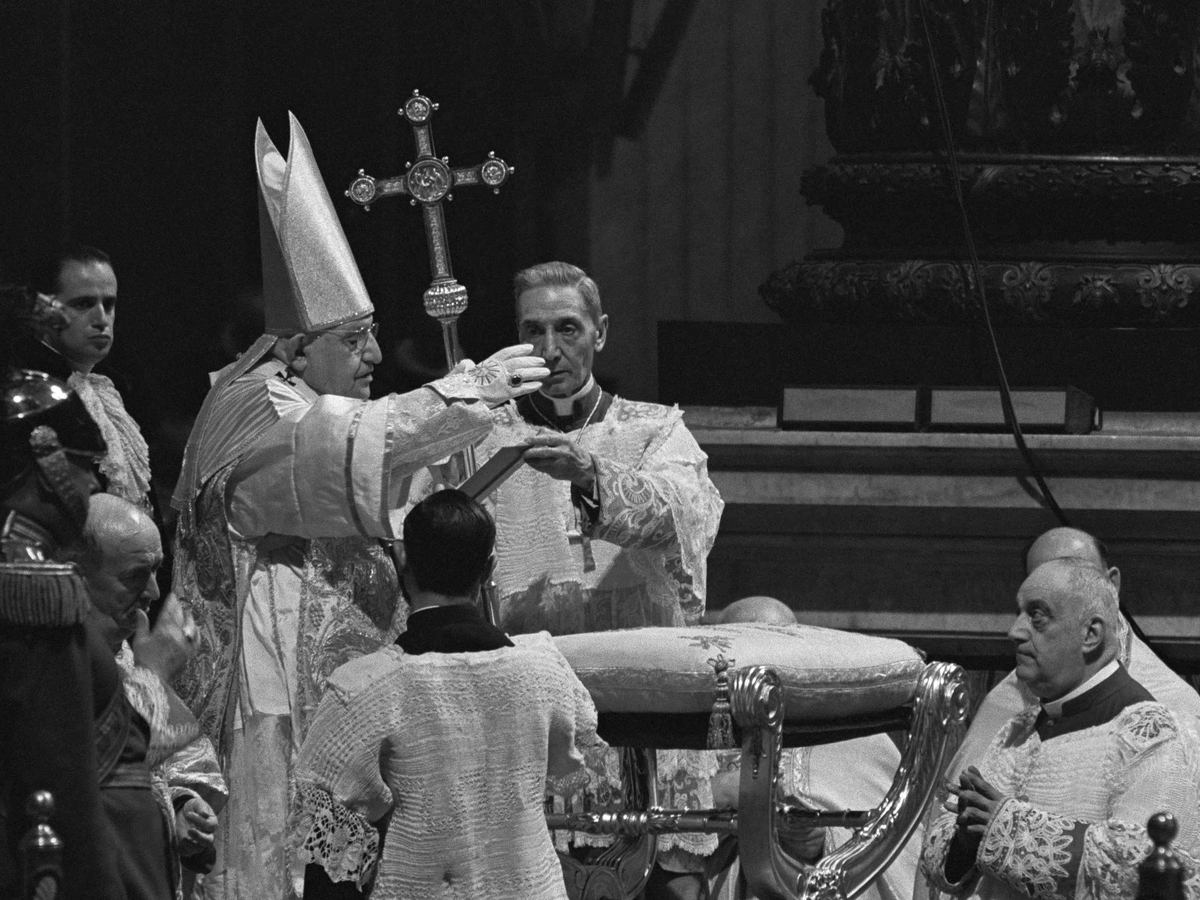 Pope John XXIII waves a hand in blessing during the opening day of Vatican II, on Oct. 11, 1962. The newly elected pope surprised many Catholics by convening the gathering, the first of its kind in nearly a century.

But the changes provoked a backlash, and many Catholics today say the council's renewal momentum has been stopped in its tracks.

Over a three-year period, more than 2,000 bishops from all over the world, assisted by thousands of advisers, issued 16 landmark documents.

No new dogma was issued, but the council transformed the church from an exclusive to an inclusive institution. Before the Second Vatican Council, altars were turned so the priests celebrated Mass with their backs facing the congregation.

Vatican II decreed that altars should be turned around, and priests faced the newly recognized people of God — that is, the entire community of Catholic believers, not just the clergy or church hierarchy.

Robert Mickens, Vatican correspondent for the British Catholic weekly The Tablet, says the liturgical changes had a deep impact on churchgoers.

Now there is this tremendous split between theologians and the hierarchy. ... It's like a big company, where management and the research division are not on speaking terms. This is a company that's headed toward bankruptcy.

"I remember my grandmother being so happy that the Mass was in English because she could understand it," he says. "She grew up with the Latin."

At the time of Vatican II, the Rev. Thomas Reese was studying at a seminary so isolated from the world that students were unaware the council was taking place. But its effects, he says, were abrupt.

Not all issues could be discussed at the council -– for example, priestly celibacy and the role of women remained off-limits.

However, Vatican II gave bishops a sense of empowerment. They spoke candidly, and many openly criticized the Vatican ban on artificial birth control.

Mickens of The Tablet says the bishops' assertiveness shocked the hierarchy. 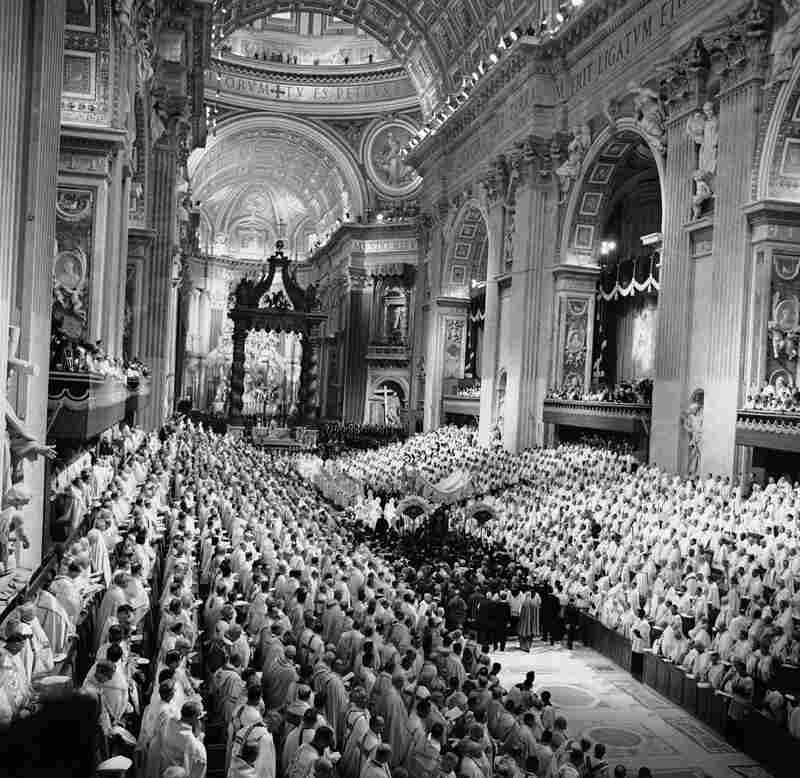 Pope John XXIII is carried on a portable throne down the aisle in St. Peter's Basilica on Oct. 11, 1962. Despite the pontiff's call for openness, certain issues — such as priestly celibacy — remained off-limits. Jim Pringle/AP hide caption

"This caused much concern among the conservatives, that this was undermining unity in the church, undermining the power and the voice of the pope," he says, "so slowly there was a clawing back."

Pope John's successors, Pope John Paul II, who was from Poland, and Pope Benedict XVI, of Germany, were both present at the council and were among those who felt its effects went too far.

As pope, John Paul, with then-Cardinal Joseph Ratzinger — now Benedict — by his side, introduced what's known as the restoration and appointed bishops loyal to the Vatican. The major casualty of this restoration was collegiality, the concept that bishops had a role in the decision-making process.

Kung, the Swiss theologian, was disciplined by John Paul for being too liberal. Nonetheless, Kung says, the two popes were not able to suppress everything that came out of the council. But, he adds, the conservative backlash has been considerable.

"They are again complaining that the church is too much adapted to the times and to modern society," Kung says. "Another key word was dialogue. Today we have again inquisition against theologians, against American sisters and a [renunciation] of freedom of teaching and conscience in the church."

Why Is Vatican II So Important?

In the aftermath of the council, says Mickens, the Vatican correspondent, the church lost the opportunity to come to terms with its longstanding nemesis – the liberal ideas ushered in by the French Revolution.

"We really haven't made our peace as a Catholic Church, as an institution, with the Enlightenment," Mickens says. "The Vatican is a great example. It's an absolute monarchy. The Enlightenment got rid of all that."

The Rev. Reese, who is now a senior fellow at Georgetown University's Woodstock Theological Center, says the current church is unable to communicate with the world around it.

"Now there is this tremendous split between theologians and the hierarchy. This has had a very bad impact on the church. It's like a big company, where management and the research division are not on speaking terms," Reese says. "This is a company that's headed toward bankruptcy."

Today, the church hierarchy is still reeling from clerical sex abuse scandals across the world. There's a shortage of priests, and in Europe churches are empty. In Latin America, Catholicism is losing faithful to other Christian religions.

Polls show that large numbers of Catholics — even majorities in some countries — no longer follow the pope's strict pronouncements on obedience and sexual morality.

But many analysts say that despite Vatican retrenchment, the spirit of the council is still very much alive among the people of God.