Accessibility links
From Boy King Of Texas To Literary Superstar A few days ago, Domingo Martinez was just a regular guy working as a graphic designer and writing on the side. Then on Wednesday he woke up to find himself nominated for the National Book Award for nonfiction for his book, The Boy Kings of Texas. 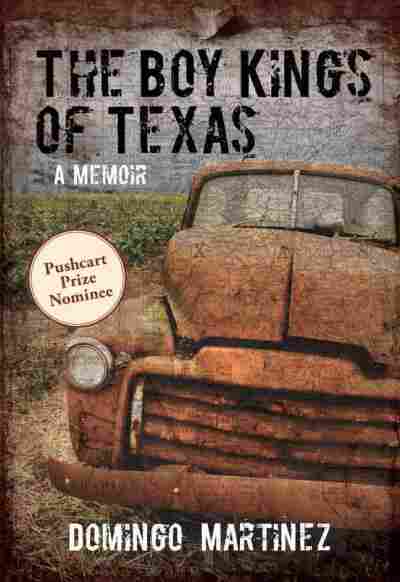 The Boy Kings of Texas

Domingo Martinez is the author of The Boy Kings of Texas. He has been nominated for a National Book Award in the nonfiction category.

Except it wasn't a bill collector. It was Alice Martell, my agent. She was calling to tell me that I'd been nominated for the National Book Award.

I didn't really understand what she was telling me. Probably, if I did, I would be even more intimidated than I am now. I'm the only author in my category without a Pulitzer.

Actually, if I stop to think about it, I might seize up. So instead, I'm reorganizing my Netflix queue. And concentrating on keeping my iPhone from switching to "landscape" mode — anything, as long as I don't have to think about what I'm up against.

I've thought about this award before. I remember one November about two years ago, I was stuck on my commute listening to Patti Smith accept her award. I was miserable, the weather was gray, and I was managing a print shop in Seattle. I was mad at Patti because it wasn't enough for her to change rock and roll, and blaze the trail for women: She had to go and win a National Book Award. MY award.

I had written a book by this time, but it had taken me almost 15 years to finish. I'd had these fantasies of the publishing world: I'd get the agent, the phone call, sold! Then I'd get my check and I'd walk around in a pinstripe suit. A three-piece New Orleans jazz band would follow me around everywhere I went.

But that's not how it happened. As an unpublished writer, the closest I could come to the award was buying Patti Smith's book. 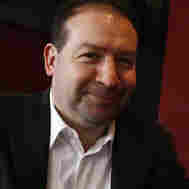 My book did get published, eventually, but I took a crooked path. I carved it on my own with no compass, no map and no idea of what I was doing.

I didn't know how to write memoir. But I found that when I told people about growing up in Brownsville, Texas — it sounded to them like stories from another world. Stories about families swapping children, and smuggling drugs with my parents, or my whole family sending out a chain letter, terrified of what would happen if we didn't. Those stories astonished people ... so I wrote them down.

I wrote the book without the help of academics, writing groups or peers. I taught myself the art of storytelling by telling myself my own story, over and over again. I layered it with the emotional complexity that I had for the place. I think it worked.

The term "dark horse" has been mentioned once or twice since yesterday, and I have to chuckle. I wasn't even in the race two years ago. I wasn't even a horse, for that matter.