Accessibility links
Obama, Romney On Higher Ed Help: Dueling Visions Many Americans feel like paying for college seems out of reach. How big is the issue in the presidential campaign? The candidates have offered what boils down to this choice: Either the government spends more to help families pay for college or it spends less to save taxpayers money. 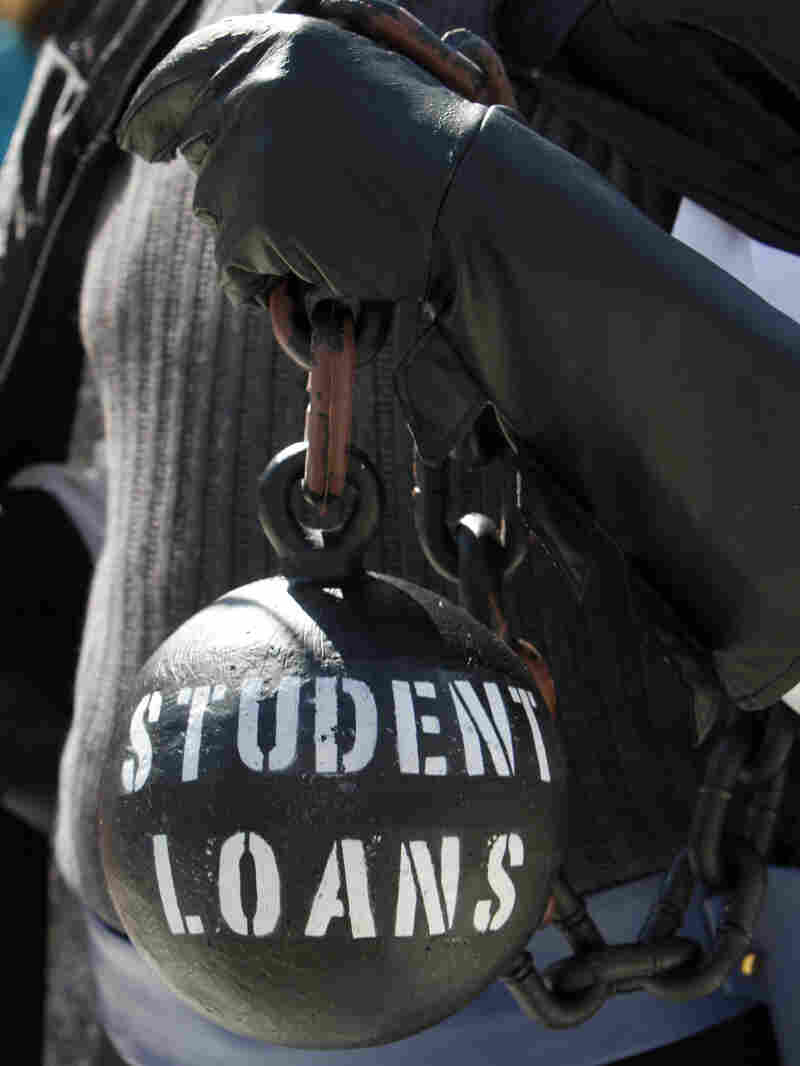 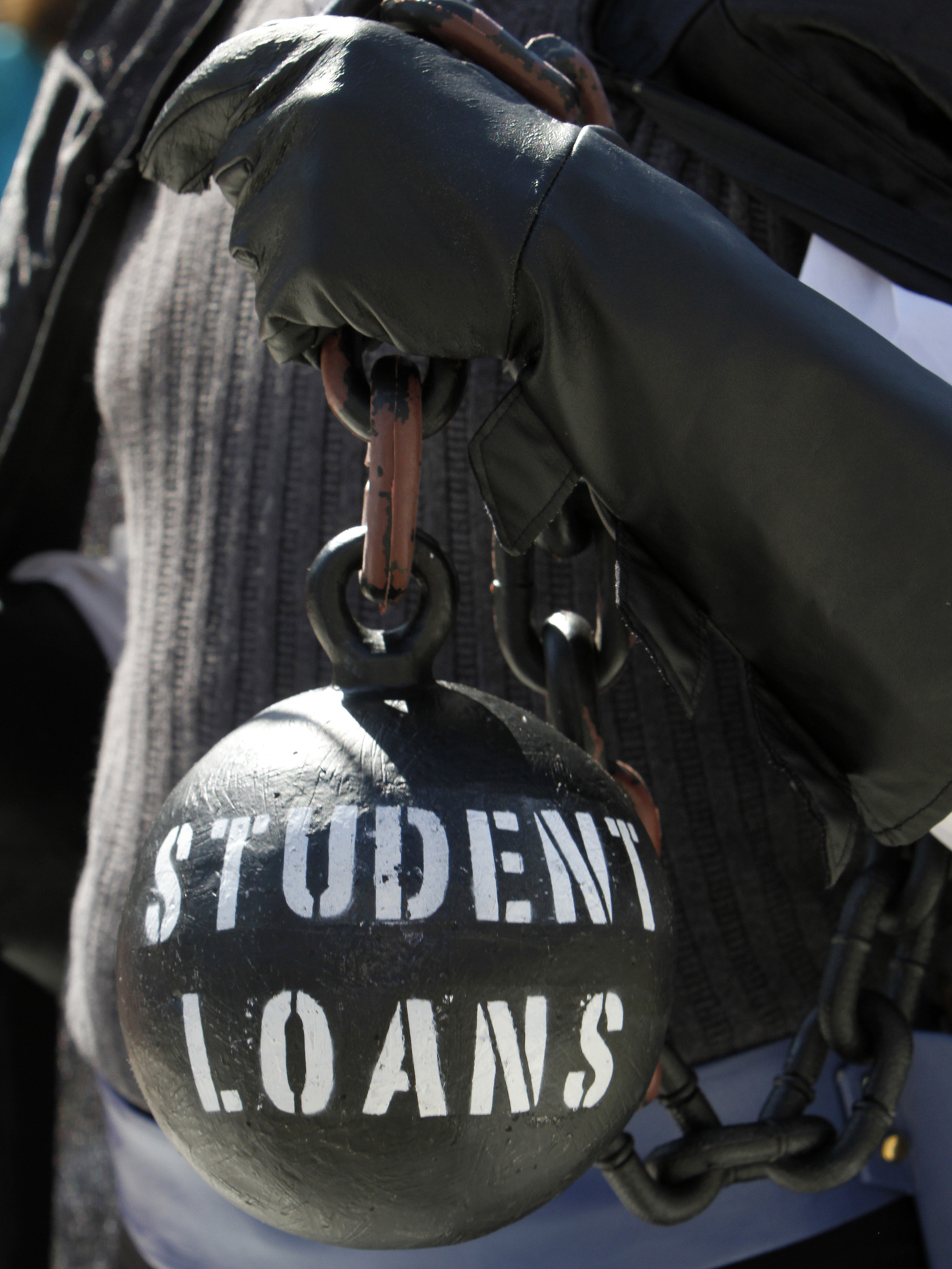 Gan Golan holds a ball and chain representing his college loan debt during at a Occupy DC event last year.

Many Americans today feel like they've lost or are losing their shot at a college education because paying for it often seems out of reach. So how big of an issue is this in the presidential campaign?

Here's what President Obama has done to help families pay for college: He negotiated a deal with Congress this summer that kept the interest rate on government-backed Stafford loans from doubling for 7.5 million students.

"I want to make college more affordable for every young person who has the initiative and drive to go and make sure they're not burdened by thousands of dollars worth of debt," Obama said.

What Obama's policies have had no impact on is the most vexing problem of all: the rise in the cost of college.

"Because while [Obama] pushes more aid out the door, tuition just goes up and up and up. In fact, some people argue on the right that the federal support actually induces increases in tuition," says Sandy Kress, a former education adviser to President George W. Bush.

Kress says college costs have gone up and squeezed the middle class so much "that whatever advantage Obama might have in this area I think is mitigated at least if not nullified."

And that, Kress says, could give Mitt Romney's proposals for higher education a boost among voters.

"I'm not going to promise all sorts of free stuff that I know you're going to end up paying for. What I want to do is give you a great job so you'll be able to pay it back yourself," the GOP presidential nominee said.

Romney has no plans to increase federal spending on higher education and was roundly criticized for telling college students at one point to simply borrow more money from their parents. He says he won't cut aid for low-income students. Instead, he will "refocus" need-based aid — namely Pell grants, which provide up to $5,500 a year to low-income students.

"Some people who are getting [Pell grants] now won't get it in the future. That's what refocusing means to me," says Bob Shireman, who helped design many of the Obama administration's higher education policies.

Shireman says Romney's goal is to reduce the number of people on Pell grants by raising the eligibility requirements. Although there's no specific mention of this in Romney's campaign literature, his running mate, Paul Ryan, is calling for a 20 percent reduction in domestic spending, including education.

Shireman says Ryan and Romney would slash the tax benefits middle-class families rely on to pay for college.

"That points to the American Opportunity Tax Credit that 9 million families receive because they're paying tuition," he says.

Romney also wants to reverse the administration's decision to kick private lenders and banks out of the federal student loan program — or what the Romney campaign calls Obama's "nationalization" of student loans.

"That is just not accurate," says Neal McCluskey of the libertarian Cato Institute. He's no fan of the administration's higher education policies, but he says Obama did not nationalize the student loan program. Under the old policy that Romney wants to restore, banks would issue federally subsidized loans, and if a student defaulted, banks "would get all their money back plus a profit," McCluskey says. "That was nationalized student lending."

McCluskey and Shireman agree that under both Obama and Romney, taxpayers are left holding the bag. McCluskey says Obama is not going to reign in college costs or student aid. And on that score, even Romney's proposals are suspect.

"You gotta know which Mitt Romney you're talking to, so all I can say is I don't really feel secure that if he were elected he would necessarily act on what sounds like a promise to either freeze or reduce student aid," he says.

So the choice between Obama and Romney boils down to this: Either the government spends more to help families pay for college or it spends less to save taxpayers money.