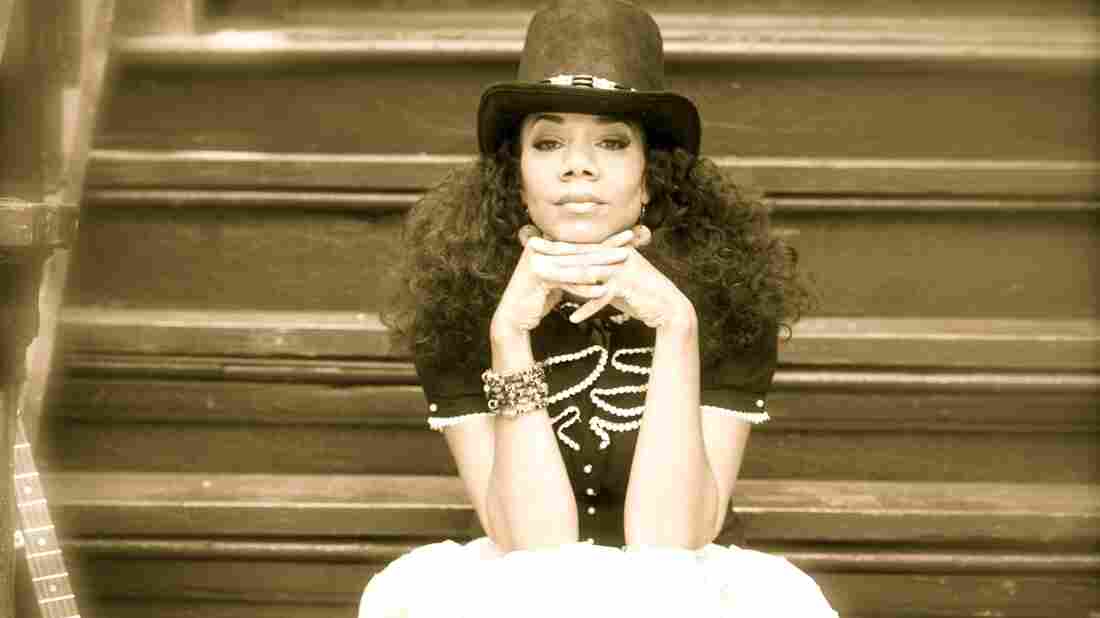 Martha Redbone's new album is The Garden of Love: Songs of William Blake. Fabrice Trombert/Courtesy of the artist hide caption

The Garden Of Love

The words of the English poet William Blake still resonate 185 years after his death. Blake, who was also a painter and printmaker, wrote the famous lines, "Tyger! Tyger! burning bright / In the forests of the night."

Blake called many of his poems "songs," and over the years, many composers have set them to music. "Jerusalem" was adapted by Sir Charles Hubert Parry a century after it was written, and became a staple hymn in Anglican churches. Benjamin Britten wrote an arrangement of Blake's "The Fly," to be sung by a baritone.

The latest release from singer Martha Redbone is a new take on Blake's poems, titled The Garden of Love: Songs of William Blake. With collaborators John McEuen and Aaron Whitby, she created new settings for 12 Blake songs.

Redbone spoke with NPR's Robert Siegel about making the album and identifying connections between Blake's English roots and her own Appalachian ones.

On the origins of the project

"We had his book of poetry out, and the first song that jumped off the page was 'A Poison Tree.' Just the title sounded so naturally Appalachian, which is where my family is from. And the verse says, 'I was angry with my friend: I told my wrath, my wrath did end.' To me, it was just almost as if the song had always existed in the words. As we read more and more of his poems, it just got more exciting."

On making a natural connection with Blake

"We studied him in high school, and I loved his work back then — so to rediscover Blake in such an intimate way, and also to discover how much his words fit the imagery of Appalachia, of Black Mountain and Clinch Mountain and the Great Smokies, where my family has been for hundreds and hundreds of years ... In a way I kind of imagined, what if my ancestor, who was English, came over and married my Cherokee-Shawnee great-great-grandma? What if these works just stayed in our family and we discovered them all these years later?"

"There's a Lakota saying, 'Mitakuye Oyasin,' which means, 'We're all related.' I guess the older I get, I see that, of course, we are all related. Especially our country, the United States, is this huge melting pot and this really rich history. I wanted people to be reminded of the beauty of [Blake's] messages and the relevance that rings so true today — his sentiments of 'Mercy, Pity and Peace / Is the world's release.' "