Accessibility links
'Argo': Too Good To Be True, Because It Isn't Ben Affleck's Argo, which is based on the declassified story of the CIA's mission to save six American diplomats trapped in Iran in 1979, is gripping, compelling and, at times, hilarious. But, as critic David Edelstein explains, the best parts of the "true" story are the parts that aren't true at all. 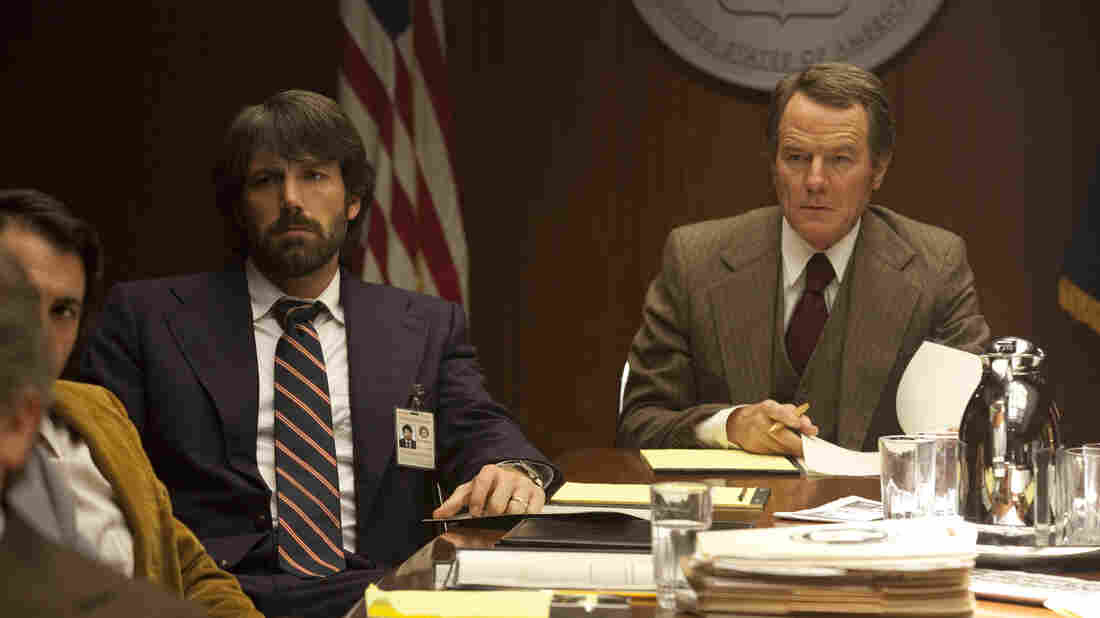 Rated R for language and some violent images

Ben Affleck's Argo is two-two-TWO movies in one, and while neither is especially original, by merging them Affleck pulls off a coup. First, he gives you espionage with the You Are There zing of a documentary. Then he serves up broad showbiz satire. For his final feat, he blends the two into a pulse-pounding nail-biter of a climax. And this all really happened. Most of it. Except for that climax.

The prologue is newsreel-style. A female narrator recounts the U.S. role in the 1953 Iranian coup that installed our ally, the Shah, the 26 years of human-rights abuses that followed, and the Shiite revolution that sent the despot fleeing to the U.S. and the Ayatollah Khomeini to power. Then it's 1979 and a mob is converging on the American Embassy in Tehran. Affleck deftly cuts between news footage and re-enactments, along with scenes of personnel inside the building shredding and burning classified documents. Six people — four men, two women — slip out a side door before they can be taken hostage along with their colleagues.

In the U.S., CIA agents, among them Bryan Cranston with '70s hair, express the fear that if the six — now hiding in the Canadian ambassador's basement — were discovered, they wouldn't be tossed in with the other hostages but publicly executed. How do you get them out?

Chris Terrio's script makes much of the CIA's blunders, from its prediction that the revolution wouldn't happen to proposed scenarios for the sextet's escape — among them a 300-mile bicycle trip to Turkey. Then unstable, maverick agent Tony Mendez, played by Affleck, hatches a scheme by which the six would leave Iran posing as a film crew on a location scout. It's a preposterous idea. But as Cranston explains to a higher-up, it's the best bad idea they have.

Argo is the name of a script Mendez finds in the mansion of has-been producer Lester Siegel, a fictional composite played by Alan Arkin. The scene's other character isn't fictional. Planet of the Apes makeup man John Chambers, played by John Goodman, was central to this operation. 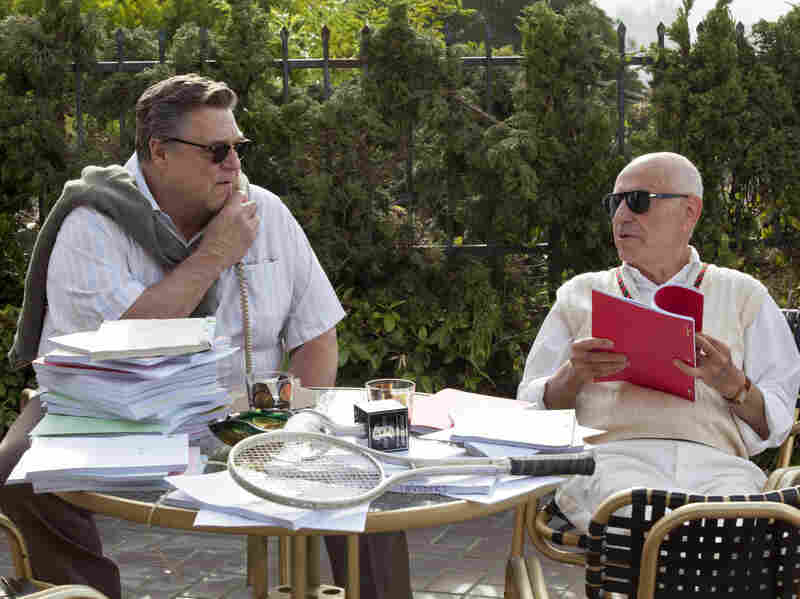 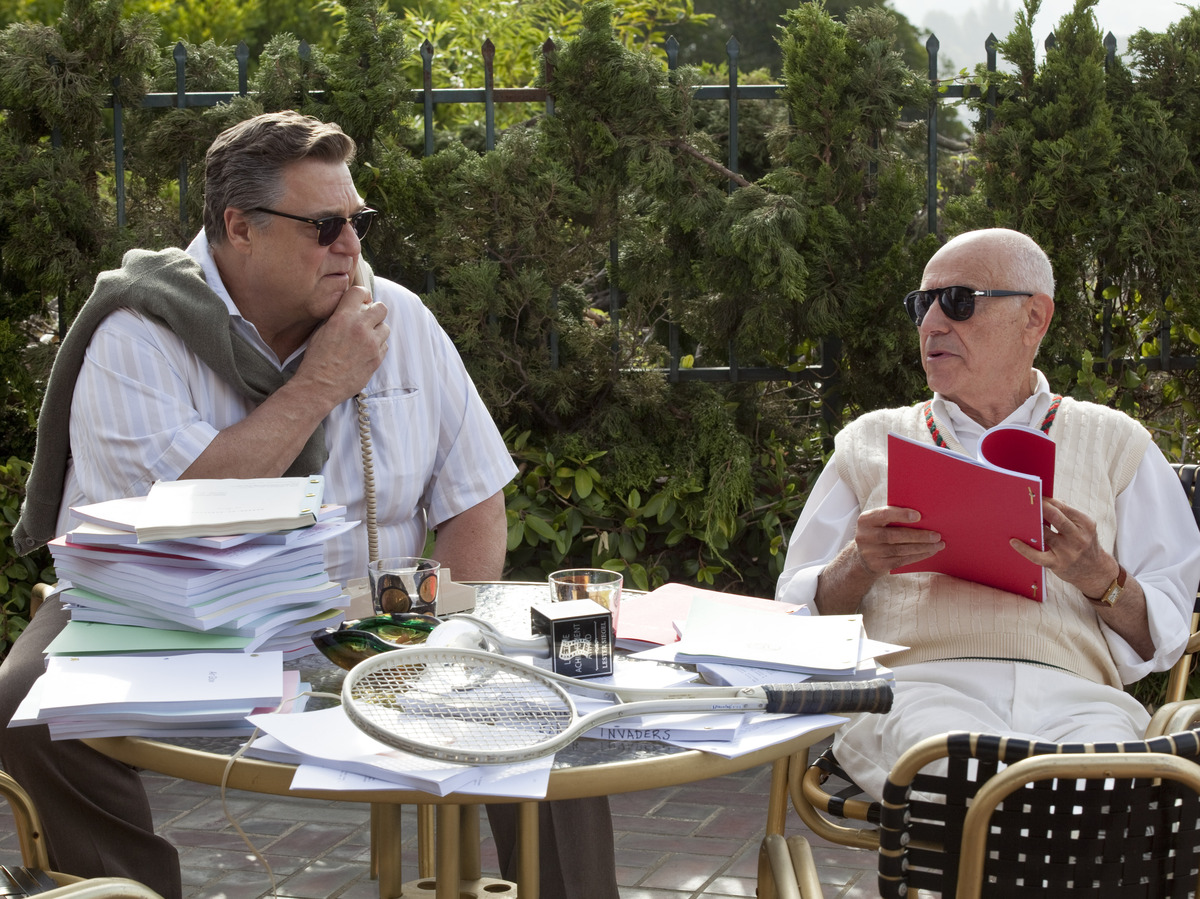 Arkin and Goodman have the only colorful parts in Argo — the six fugitive Americans are like glorified extras, though Clea DuVall is always good to see, and Scoot McNairy has moments as the skeptic with the awful '70s mustache.

The film's climax, a series of movie-ish narrow escapes, had me leaning forward saying, "Go. Go. Go. Go. Go-go-go-go." I was annoyed, though, to learn that after all the movie's assurances of realism, from the prologue to photos over the credits showing the actors side by side with photos of their real-life counterparts, those terrifying close calls are all invented. If it seems too Hollywood to be true, that's because it is.

And then I thought, if they were going to invent, why not make the fugitives more interesting or Affleck's Mendez less of a lump? But my guess is the movie will be nominated for all kinds of awards and make Affleck an A-list director. Studios can do business with a filmmaker who comes on so serious but has a core of Hollywood shamelessness.