Accessibility links
Prehistoric 'Kennewick Man' Was All Beefcake "K-Man," as he's known to locals, lived more than 9,500 years ago in what is now Washington state. Scientists studying his ancient bones say he was all athlete, with a soccer player's leg muscles and a killer arm that might fit right in among today's major league players. 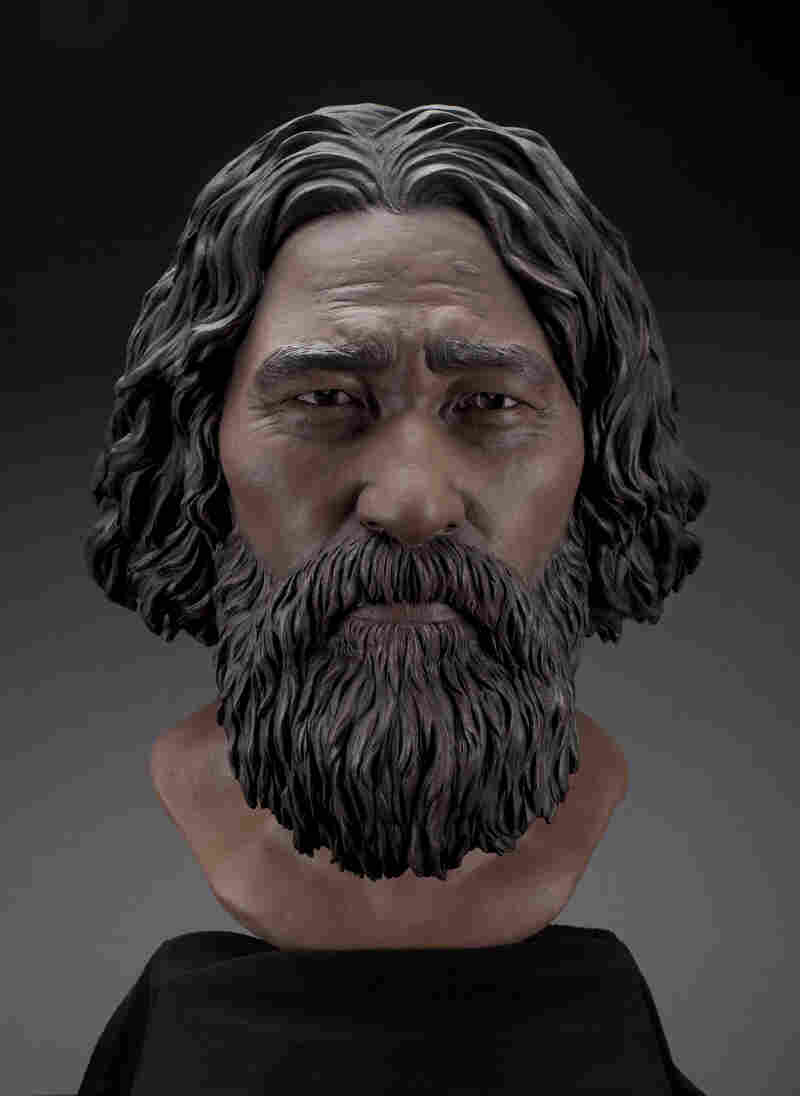 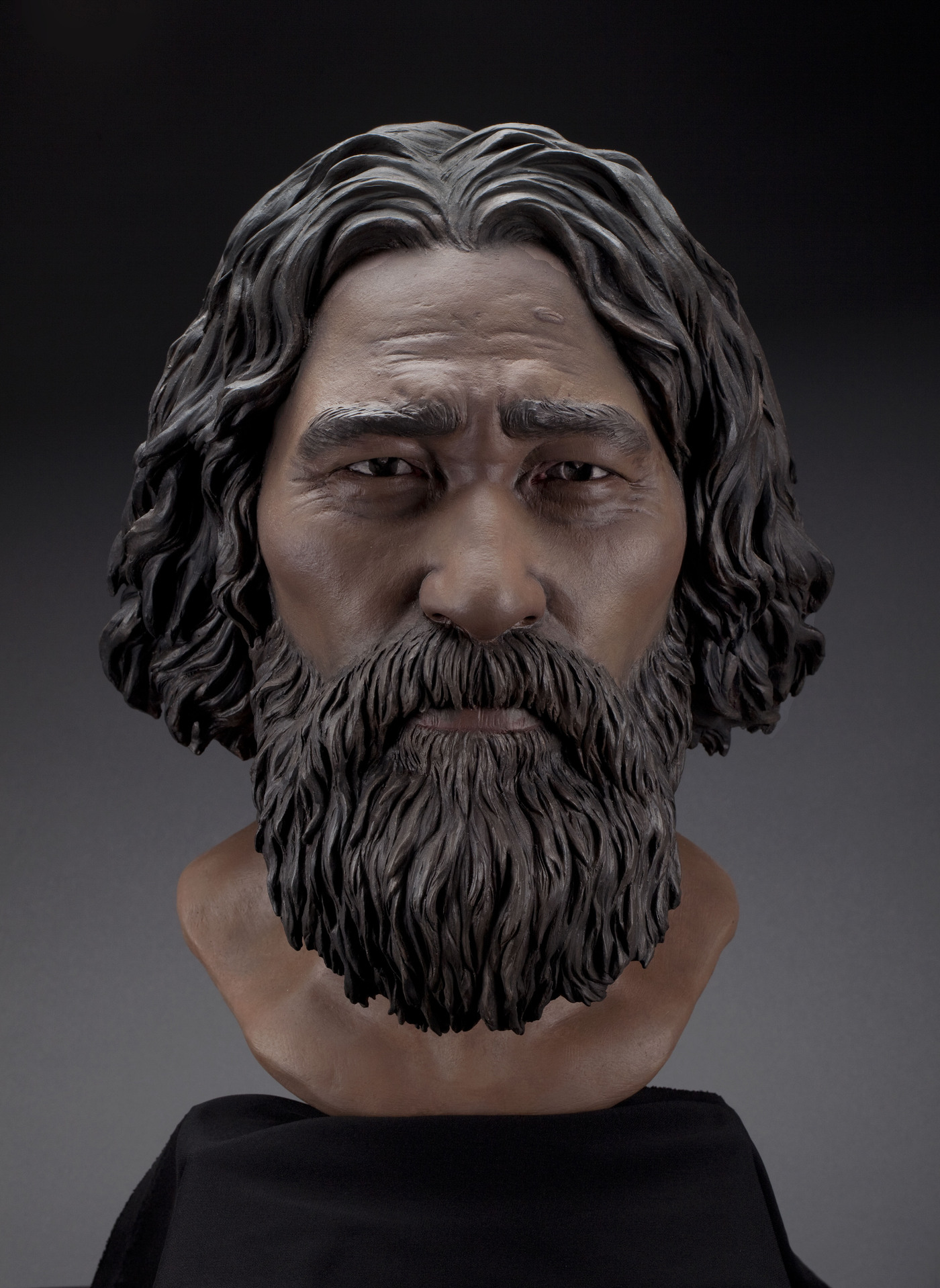 Forensic artists think this is what Kennewick Man looked like.

For nearly a decade, scientists and Northwest tribes in Washington state fought bitterly over whether to bury or study the 9,500-year-old bones known as Kennewick Man. Scientists won the battle, and now, after years of careful examination, they're releasing some of their findings.

For starters, Kennewick Man was buff. I mean, really beefcake. So says Doug Owsley, head of physical anthropology at the Smithsonian's National Museum of Natural History, and the man who led the study of the ancient remains.

Owsley can read the bones like we might read a book. He looks for ridge lines that indicate which muscles Kennewick Man used the most, and what he was doing with them. First off? He had muscular legs like a soccer player — likely from running, trudging and hunting.

"In his leg structure, he's certainly accustomed to very rapid movement, quick movement, and you can read that in those muscle ridges," says Owsley.

He also likely had killer arms from throwing a tricky kind of spear. Owsley says Kennewick Man was so strong in his right arm, he was like a pro baseball pitcher, and the bones show he got today's equivalent of a career-ending sports injury.

"If it happened to a contemporary baseball pitcher, they'd need surgery," says Owsley. The injury, he says, "took off a piece of bone off the back side of the shoulder joint."

Owsley says Kennewick Man stood about 5 feet 7 inches tall and weighed about 170 pounds. And he wasn't any stranger to pain. K-Man, as he's known in eastern Washington, got hit on the head a few times and was stabbed with a basalt rock point that got stuck in his hip.

Owsley's research includes these big revelations about the Paleoamerican's origins. For one, Kennewick Man lived on the coast, not inland along the Columbia River where his bones were found. The scientists can tell from tiny bits of his bones and the enamel on his teeth that he ate mostly marine animals, like seals.

Also, Kennewick Man draws his ancestry from Asia and is not directly related to Native Americans, Owsley says.

Forensic artists also came up with a new sculpture of Kennewick Man. Owsley gets a little speechless when he thinks about that moment when he first looked Kennewick Man in the face.

"He's so lifelike," Owsley says. "And when you look at those eyes — those eyes have such a piercing glare. I think this man has a story to tell us."

Owsley plans to release a scientific text on K-man soon.