Accessibility links
School Choice: A Subject Both Candidates Support The right to choose the school you want your child to attend has been the subject of court battles and bitter political debates. Still, both President Obama and Mitt Romney have made school choice a cornerstone of their efforts to reform public education. 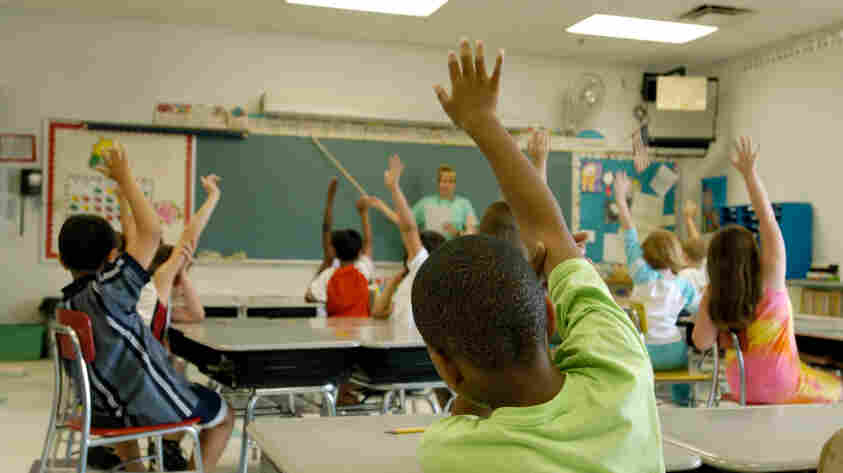 Despite some backlash from their political parties, both President Obama and Mitt Romney have made school choice a cornerstone of their efforts for education reform. iStockphoto.com hide caption 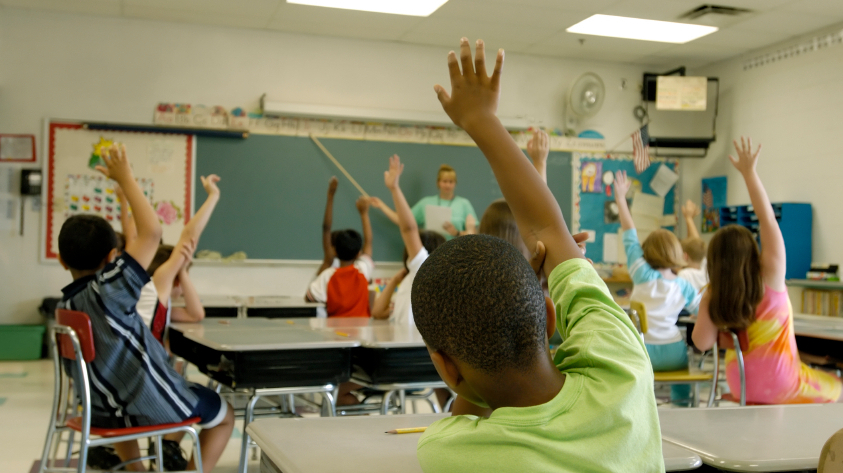 Despite some backlash from their political parties, both President Obama and Mitt Romney have made school choice a cornerstone of their efforts for education reform.

The right to choose the school you want your child to attend has been the subject of court battles and bitter political debates. Still, both President Obama and GOP challenger Mitt Romney have made school choice a cornerstone of their efforts to reform public education.

Romney says he wants to give every student trapped in a failing school the chance to attend a better school. He supports private-school vouchers in states where they're allowed, but his main focus is on creating more public-school choices.

Romney says he'll make sure the billions of dollars the federal government spends on low-income kids goes to the schools parents choose.

Nina Rees, who heads the National Alliance for Public Charter Schools, says it's a bold and new idea. Rees, until recently, was a top adviser to the Romney campaign.

"Gov. Romney's agenda would really push the envelope on school choice much further by requiring that in exchange for federal dollars, districts make added choices available, including open enrollment," she says.

It means parents would be allowed to choose schools outside their attendance zones or communities. Rick Hess of the conservative American Enterprise Institute says there's a problem with that idea.

"[The] reality is, a lot of schools don't necessarily want these kids," Hess says. "You're bringing in kids from low-performing schools; these kids are going to drag down your performance."

More Stories From Our 'Solve This' Series

In the final weeks before the 2012 election, NPR explores the major issues facing the next president of the United States.

New Wave Of School Integration In Birmingham, Ala.

Hess says that even if all of those federal dollars come in a backpack with the kid, it would amount to about $2,500 to $3,000 per child. He argues that's just not enough money to entice good schools, especially in the suburbs, to take low-income kids from struggling, inner-city schools.

The other problem Romney's school choice proposal faces is within his own party. Many Republicans would rather not have the federal government involved in education at all, Hess says.

"Part of the tension for Gov. Romney is: How do you balance this notion of using federal dollars and federal leverage to expand options and expand choice without writing policy with a very heavy hand?" he says.

Having the federal government play a big role in education is not a problem for Obama, but his school-choice plan has created tension within his party. The president has called on states to remove the caps many have placed on charter schools so more can open every year.

"I don't see choice as a panacea," says Richard Rothstein of the liberal Economic Policy Institute. He says Obama has hitched his education agenda to privately run, publicly funded charter schools, despite their poor record.

"We know now that charter schools for disadvantaged children don't perform any better on average than regular public schools ... in fact, they perform slightly worse on average," Rothstein says.

That's just one reason many people in Obama's party have been critical. Liberal Democrats and teachers unions, after all, view charters and school choice as the privatization of public education and a huge distraction from the problem of concentrated poverty that makes it so hard for teachers to teach and kids to learn.

If we want to improve the education of disadvantaged children, Rothstein says, we've got to get them to a school in good health and with the experience of high-quality early-childhood programs where they get the kinds of literacy experiences that middle-class children receive.

"Moving them around from one school to another in the ghetto is not going to make a difference," he says.

To school-choice advocates, however, it won't matter who wins in November — either candidate will be a friend in the White House.