Accessibility links
Money Is The Object And The Subject In History's 'The Men Who Built America' A new History series pays tribute to five incredibly wealthy industrialists. 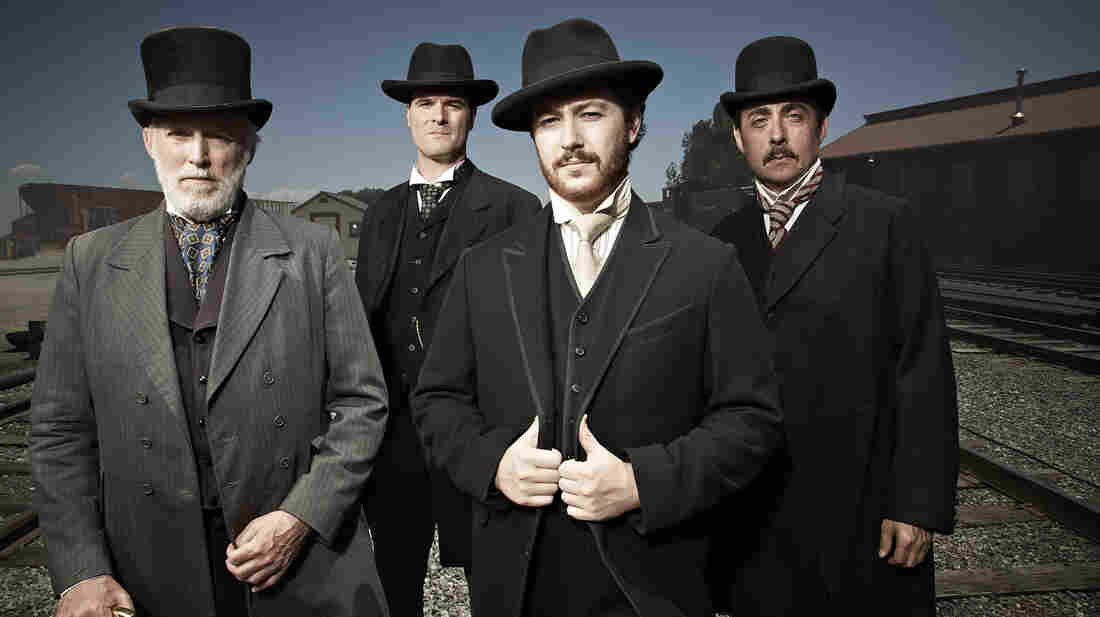 History identifies these men in its press materials as "Cornelius Vanderbilt, John D. Rockefeller, Andrew Carnegie, and J.P. Morgan." They are committing to the bit. Zach Dilgard/History hide caption 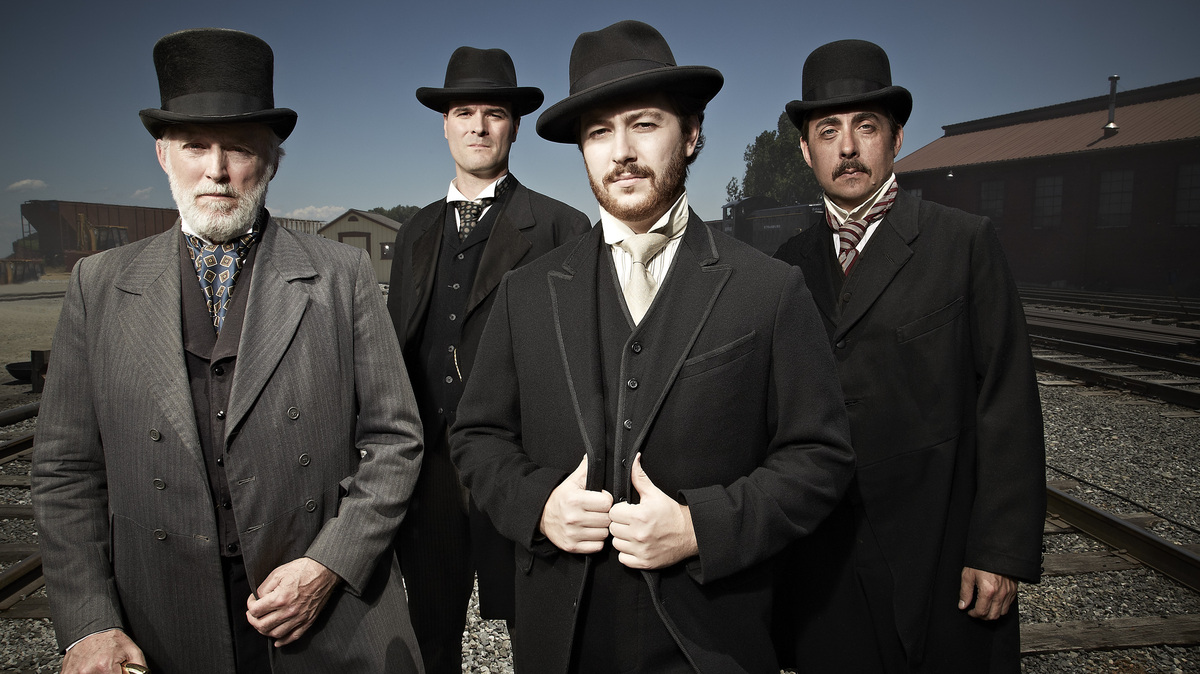 History identifies these men in its press materials as "Cornelius Vanderbilt, John D. Rockefeller, Andrew Carnegie, and J.P. Morgan." They are committing to the bit.

The most curious things about History's new miniseries The Men Who Built America are right there in the title: the notions that men alone built America, that America was primarily crafted by its industrialists, and that infrastructure is "built" by the businessmen rather than the workers. The series follows J.P. Morgan, Andrew Carnegie, Cornelius Vanderbilt, Henry Ford, and John D. Rockefeller from just after the Civil War through World War I. As History puts it in their press materials: "These men took a failed experiment in democracy and created the greatest superpower the world has ever seen." (It seems curious for History's reliably "USA! USA!" brand to call the United States a "failed experiment" as of the end of the Civil War, but there you have it.)

The series is primarily made up of photographs and reenactments, sometimes accompanied by voiceover narration, and talking-head interviews with people like Donald Trump, Ted Turner, Russell Simmons and Mark Cuban, who aren't exactly historians but who talk a lot about business and greatness and America and the entrepreneurial instinct. But if you're into the history of buying and selling railroad stock and how early industrialists tried to get over on each other, there's some interesting history to be found here, regardless of whether you think this is the primary building of America. Once Rockefeller and Vanderbilt get sparring over cartel-building, the material is there for an intriguing show about how big business worked in a very different era.

Unfortunately, that history is presented in just about the dullest way possible; the reenactments are very corny and the narration falls flat. At one point, at least on the rough cut version I saw, the narrator says of an attempt to foil Vanderbilt, "If you come at the king, you shouldn't expect to win." The historical reference goes back at least as far as Ralph Waldo Emerson, widely quoted as saying, "When you strike at the king, you must kill him." It was then famously referenced by The Wire, which translated the phrase, "If you come at the king, you best not miss." Closing it with "you shouldn't expect to win" without stressing the fundamental point, which is that strikes at a king can be successful but must be adequate to finish him off, sort of misses the point of the saying.

There's a lot of footage of actors playing angry men reading business letters from each other while the music tells you whether to be tense, sad, or excited. There are the usual shots of oil gushing from wells and trains hurtling along tracks. And after every commercial, they provide a summary of our story thus far, which seems more than a little like overkill.

You probably have a good idea of whether this is up your alley or not. Interestingly, the trailer does all it can to mask what the show actually feels like; this trailer has at least three times the whiz-bang of anything you'll find in the show itself.

There is certainly an audience for this kind of programming, which feels a lot like a tricked-out version of an elementary school filmstrip. It's not a complex view of the world — anyone for whom this period wasn't so prosperous or miraculous is mentioned only as collateral damage from the oil and rail wars. But if you can imagine making a documentary and using Donald Trump as one of your experts, then it's probably something you might enjoy.