Accessibility links
Republican Governors Gear Up For Election Gains The GOP could pick up as many as five governorships in next month's election, bringing the party's total to 34, the most since 1922.

While the presidential election consumes the nation's attention, the Republican Party is poised to expand its dominance of state politics with this year's contests for governor.

If predictions of strategists in both parties and polling prove correct, the November elections could give the Republicans their highest number of governors in 91 years.

Among the current governors, 29 are Republicans, 20 Democrats and one is an independent. Next month, Republican candidates could take away as many as five governorships from Democrats.

That would bring the GOP total to 34, the most since 1922, according to the nonpartisan National Governors Association. The number of Democratic governors already is at its lowest count since 2001. 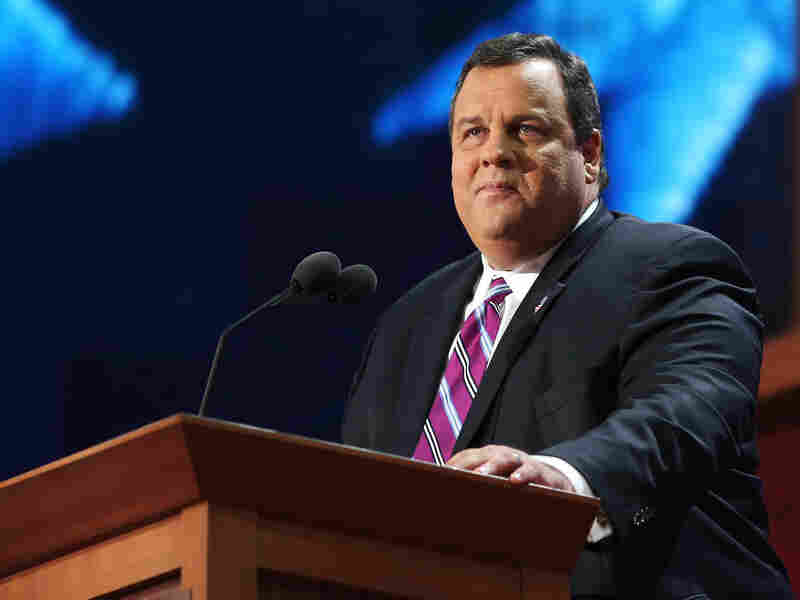 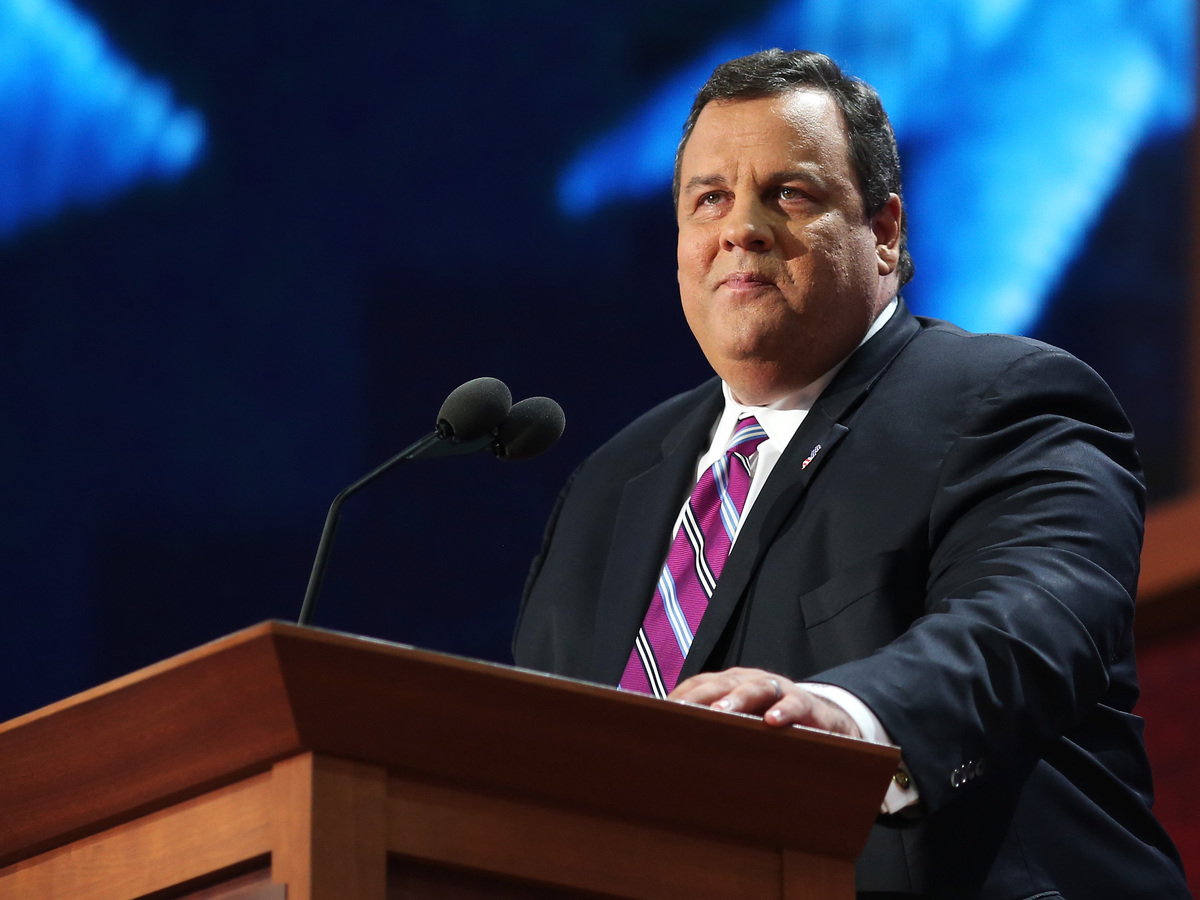 The political environment reflects the continued momentum of anti-government, conservative voters from the 2010 midterm elections that put Republicans back in control of the U.S. House of Representatives. In governors' races that year, Republicans flipped nearly a dozen offices held by Democrats to reach their current majority.

With greater numbers, Republican governors and lawmakers are expected to continue pressing a conservative agenda that ratcheted up after 2010. In that period, they pushed through numerous state laws that have reignited culture wars over race and other issues, with new voter identification measures, stricter immigration enforcement and added requirements on women seeking abortions.

This year, the Republican Governors Association, which recruits candidates and invests millions in their campaigns, is working from the same playbook it used to craft the 2010 strategy. Their ads for candidates, as well as the candidates' own messaging, is tapping voter dissatisfaction with President Obama's economic policies, the health care law and federal spending.

"For the past four years, we've had the same issues matrix: the economy and pocketbook issues," says Mike Schrimpf, a spokesman for the RGA. "Even if the unemployment rate has gone down, gas prices are still high, paychecks are still flat ... and people are still hurting. The economy isn't going as good as it should be."

Democrats 'Defensive' Even In Blue-Leaning States

In the 11 gubernatorial contests next month, the Democrats are trying to defend eight seats, and the Republicans are hoping to protect three seats.

That leaves five states, including the presidential battlegrounds of North Carolina and New Hampshire, where the Democratic candidates face an uphill climb to keep the seats in their party's column.

"Unfortunately for us this year, every race is vital because we're in a defensive situation," says Colm O'Comartun, executive director of the Democratic Governors Association. "We've fought for our lives to keep some of these races where they are tossups. But we feel good about what we've been able to do and the money we've put into these races."

The RGA has raised $88 million and the DGA has collected $23.6 million, according to the latest filings with the IRS.

Both groups have poured money into the tossup races in New Hampshire, Washington state, Montana and West Virginia. Democrat Earl Ray Tomblin is seeking his first full term in West Virginia. The other three states have Democratic governors who aren't running for re-election.

In North Carolina, Republican presidential nominee Mitt Romney leads President Obama by an average of more than 4 points, but the race still is considered a tossup. The Obama campaign has a strong organizing operation there that helped him become the first Democrat to win the state since Jimmy Carter, in 1976.

But the Republicans' 2010 takeover of the North Carolina Legislature has hurt the Democratic brand, as evidenced by Gov. Beverly Perdue's plummeting popularity and her decision not to seek re-election.

The DGA has spent heavily on ads for Democratic candidate Walter Dalton, the current lieutenant governor. But the RGA and other Republican groups have attacked Dalton as a proponent of tax hikes, a message that appears to resonate in a state with a 9.7 percent jobless rate, the fifth-highest in the nation. Republican Pat McCrory leads in most polling by an average of more than 13 points. The state hasn't elected a Republican governor in two decades.

Some say the race for governor is closer, based on the typical voting patterns of North Carolinians and the Obama campaign's focus on turnout, particularly of African-Americans.

"In a bad Democratic year, the Democratic vote will go down to 45 percent at the most," says Ferrel Guillory, a professor at the University of North Carolina and a former longtime state political reporter. "The best thing Dalton has going for him is Obama. Obama has the turnout machine."

But Republicans are counting on the North Carolina governor's race going their way: "That's probably the biggest pickup opportunity. It also would give us the whole Southeastern seaboard," says Schrimpf, of the Republican Governors Association.

Campaigning Against An Incumbent President

The past five years have delivered a reversal of fortunes for the Democrats, who in 2007 held 28 governors' offices to the Republicans' 22. The Democrats had reached their highest total in 14 years, and their control of several presidential battleground states helped lift candidate Obama to victory in 2008.

The Republicans quickly struck back. They gained two wins in 2009 with the elections of New Jersey Gov. Chris Christie and Virginia Gov. Bob McDonnell. And the 2010 midterms brought the party its current majority.

Over the past three decades, a pattern has emerged: Voters' preferences for gubernatorial candidates tend to go against the party that occupies the White House.

Throughout the Republican presidencies of Ronald Reagan and George H.W. Bush, Democratic governors dominated. For most of Democrat Bill Clinton's presidency, Republicans held at least 30 governorships.

Power swung back to the Democrats in 2007, due in part to the unpopularity of President George W. Bush.

In each cycle, gubernatorial candidates in one party often found success by criticizing the policies of the president in the other party.

"Just bash the administration. It's a very simple political strategy and it works," O'Comartun says. "A lot of times, when they are in a wave, it has very much to do with what's going on in Washington."

Yet politics still is local. From redistricting to funding for schools and local governments, governors can have a more direct impact on people's lives than presidents. 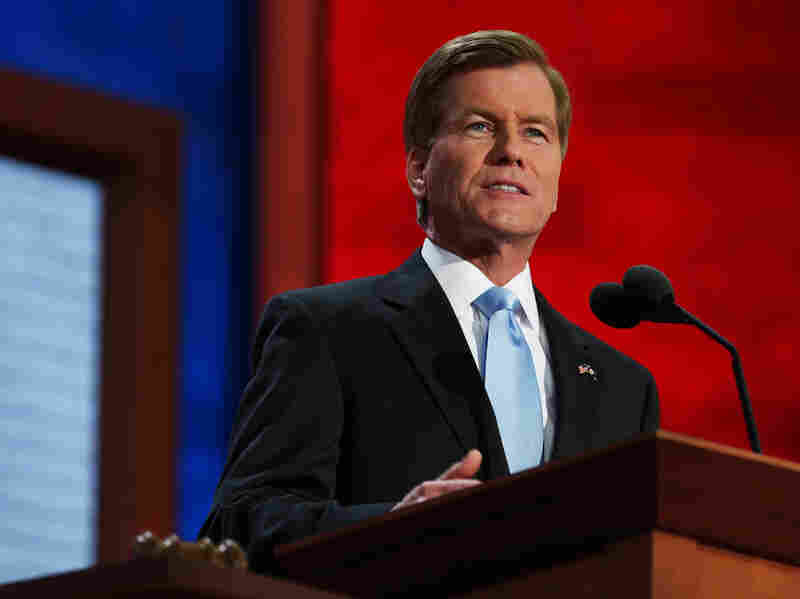 Virginia Gov. Bob McDonnell won one of two governorships that the GOP picked up in 2009. Chip Somodevilla/Getty Images hide caption 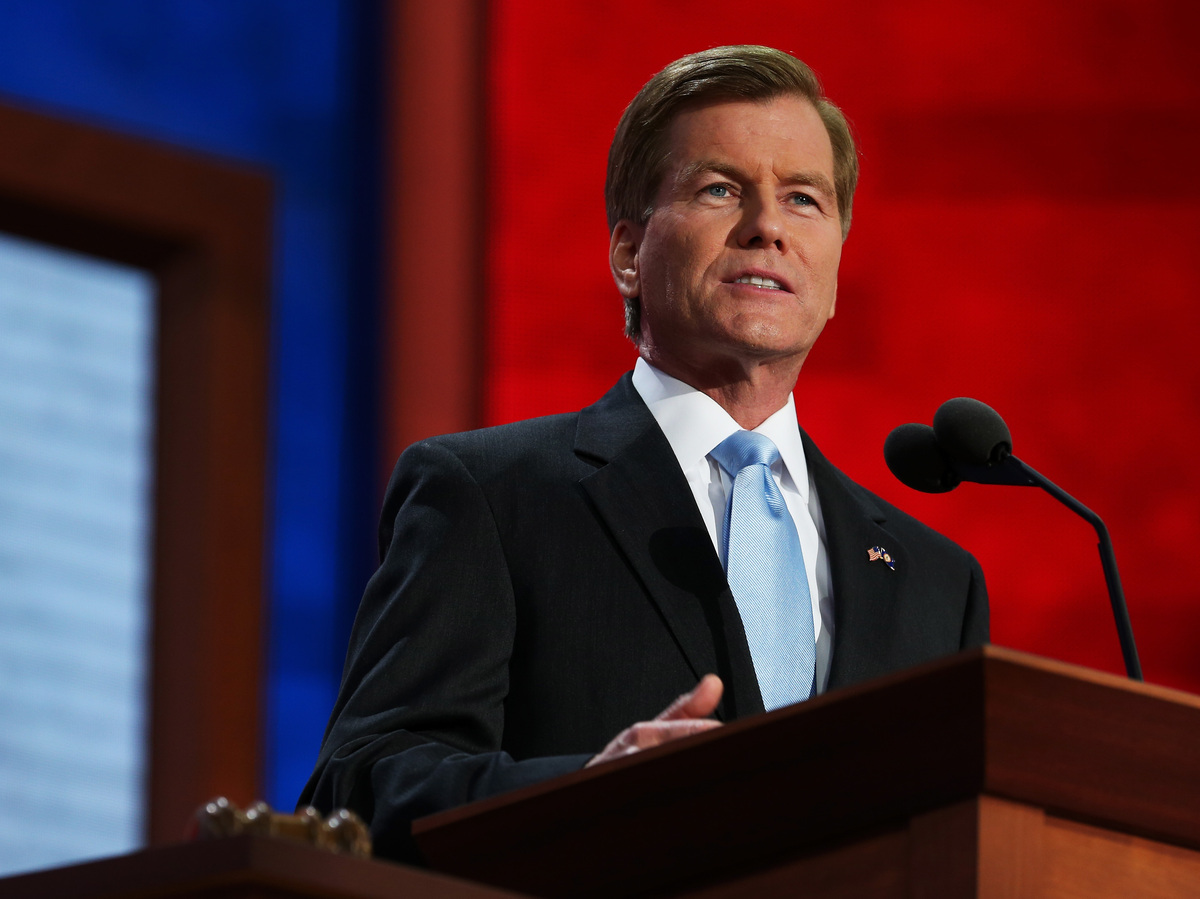 Virginia Gov. Bob McDonnell won one of two governorships that the GOP picked up in 2009.

Observers say conservative policies could expand with the election of additional Republican governors, given that this year's GOP candidates have embraced the party's standard positions.

Republicans now hold complete control — the governor's office, the House and Senate — in 21 states. That's nearly twice the number of states under total Democratic control. (Leadership is split between the parties in 17 states.)

Ten of the 12 states that have passed strict voter ID requirements — the subject of a national partisan battle and numerous lawsuits — have Republican governors.

By comparison, voter ID measures in Minnesota, Missouri, Montana, New Hampshire and North Carolina were vetoed by Democratic governors. (Minnesota's law will be decided in a voter referendum next month, and New Hampshire recently passed a new version.)

Next year, South Carolina and Pennsylvania plan to enact voter ID laws that the courts blocked this year. And Texas, Mississippi and Alabama are seeking federal approval to implement voter ID laws. Each of the state laws faces litigation from civil rights groups.

In North Carolina, voter ID could resurface if the Republican McCrory, who supports the policy, is elected. McCrory also opposes abortion and supports the creation of more charter schools. Democrats have warned that McCrory, along with the Republican-controlled legislature, could revive past efforts to defund Planned Parenthood and shift education funds to charter schools or the enactment of school vouchers — a contentious issue especially among minorities with children in underperforming schools.

"If the Republicans get control of the executive branch, there's an expectation you may see some refocusing on social issues," Guillory says.

In New Hampshire, Democratic contender Maggie Hassan has said she would work to overturn the new voter ID law, if elected. Republican opponent Ovide Lamontagne supports the law. Most polls show the candidates in a statistical tie.

Opponents criticize voter ID laws as a Republican tactic to suppress minority voters, who tend to vote for Democratic candidates. Supporters say the measures are intended to prevent fraud and shore up election procedures.