Accessibility links
K'Naan Brings Down Walls On 'Country, God Or The Girl' The Somali-born rapper rose to global fame when his song "Wavin' Flag" became the unofficial anthem of the World Cup in South Africa and a No. 1 hit in 18 countries. On his latest album, K'Naan remains a versatile and powerful songwriter. 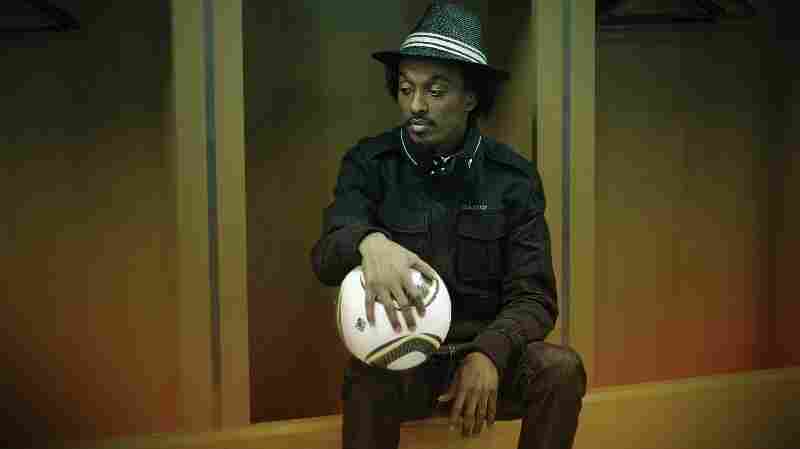 K'Naan's new album is titled Country, God or the Girl. Courtesy of the artist hide caption

The Somali-born rapper and singer-songwriter K'Naan can sure pack a lot into a 3-1/2-minute pop song: clever wit, heartfelt angst, a hook you can't shake — and, in the new track "Hurt Me Tomorrow," honky-tonk piano. That's the sort of quirk that helped win K'Naan his earliest fans. All sorts of eccentricities survive on Country, God or the Girl, his most expansive and elaborately produced work to date. Mostly, though, the new album soars with pairings of sharp, confessional rap and catchy vocal hooks.

The music is a joyous collage of juxtapositions: edgy rapping, vulnerable folk melodies and savvy nods to soul, dance hall and rock. One classic K'Naan track, "If Rap Gets Jealous," answered back to critics who didn't like his blending of rap and rock. Well, he hasn't backed down — and this time, in "Sleep When We Die," he has Keith Richards in his corner.

Make no mistake: K'Naan is one skilled rapper, with humor, bite and a flow all his own. Years of hard living in Mogadishu, and then in D.C., Minneapolis and Toronto, have given him all the street cred he needs. He never lets us forget that he comes from a rough, violent world, but the core of his message is disarmingly positive and even touching — as when he stands up for unattractive girls and lost boys, or when he sings about a wall coming down.

That wall might be political, spiritual or personal — Country, God or the Girl, as the album's title has it — but when K'Naan swings the hammer, you can feel that wall crumbling, and it's a thrill. If a refugee kid from Somalia can do all this, there might be hope for this world after all.