Accessibility links
Book Review: 'Drawn Together,' By R. Crumb and Aline Kominsky-Crumb Husband and wife cartoonists Robert and Aline Crumb have worked jointly on autobiographical comics for nearly four decades. The panels of their new graphic novel overflow with voluminous speech bubbles filled with the Crumbs' honest observations about anything and everything. 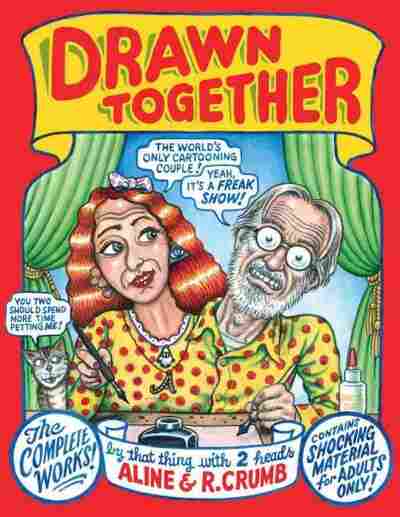 What happens to underground artists after they step, blinking, into the harsh, flat light of the upper world? If they are Robert and Aline Crumb, not a whole hell of a lot — at least, not in their approach to their art. As amply demonstrated in Drawn Together, which collects comics the two cartoonists have created together since the late '70s, their specific subjects may change, but how they go about depicting those subjects — their shared impulse for autobiographical, self-deprecating logorrhea — remains constant.

It's interesting, too, to watch their styles coexist without melding. Robert writes his dialogue, and draws himself and the backgrounds in his familiar style of disciplined exaggeration buttressed by rigorous drafting skill, employing cross-hatching and chiaroscuro to lend weight and dimensionality. Aline writes her dialogue and draws herself into the panels with less polish but more passion, using thin, wiggly line work reminiscent of naive or outsider art, and seems to relish depicting herself as grotesque. As a result, in panel after panel, Aline appears to float between the work and the reader, like an exuberant two-dimensional child's drawing suspended above the dark, dense, richly detailed world of the comic. 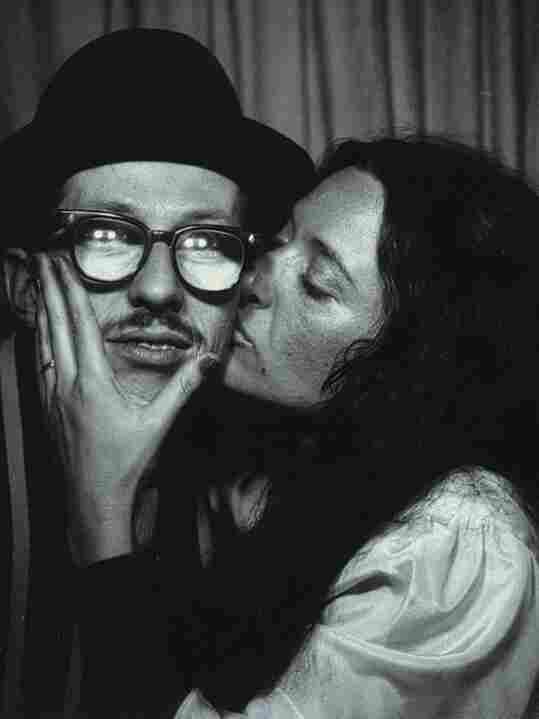 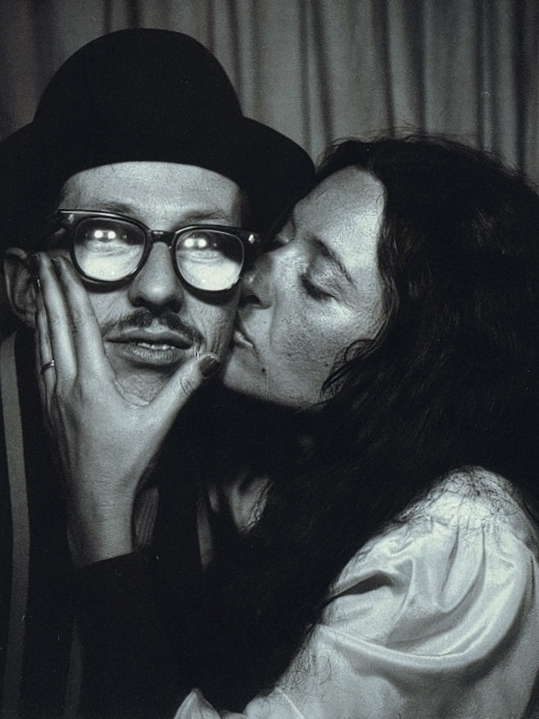 It is Aline who delivers the Crumbs' mission statement: "The more personal, revealing and sniveling, the more interesting," she says. "I wanna feel like I'm snooping, peeking thru the keyhole into somebody's — anybody's — private hell. No detail is too petty if it's honest."

Agree with that sentiment and you will find Drawn Together a richly rewarding reading experience. There is no shortage of petty but honest detail to be found here, from the couple's opinions of their friends to the mechanics of their sex life to sundry disquisitions on their bowel habits.

Disagree with that sentiment, however, and you'll likely find yourself nodding vigorously as, in one panel, a worried Robert Crumb critiques one of their comics:

"We do prattle on! Look at these pages, nothing but talking heads! No action, no suspense, no mystery ... everything's laid bare! 'Ya gotta love Aline 'n' Bob!' Oh boy ..."

He's not kidding. Over the decades, in fact, we see the Crumbs grow increasingly voluble, eager to lay bare in dialogue what they have taken care to depict visually. This tendency to underline eliminates any tension between word and image, moving the work out of the realm of true comics and into that of illustrated text. Thus a walk through the French village they love so deeply becomes oppressive, as we watch the air grow thick with word balloons like thunderheads, forcing us to peer under them and catch only glimpses of the town itself.

Of course, any autobiographical work is by its very nature a mediated experience — the author directs our attention to specific moments and discrete events in an attempt to turn unstructured experience into meaningful narrative. Drawn Together offers something different, animated as it is by the Crumbs' steadfast belief that honesty is all that matters, that their every revelation is somehow revelatory.

They're wrong about that, but it's hard not to love the Crumbs at least a little. They are the couple you've met on vacation, who strike up a conversation in the bar: They are funny and self-aware, and their passion for each other, and for "telling it like it is" as loudly and gleefully and lengthily as they do, makes you want to buy them a drink.

Read an excerpt of Drawn Together