Accessibility links
Thousands Line Up For Rare Rowling Appearance Long lines snaked around New York City Tuesday as J.K. Rowling made her only U.S. appearance promoting her new book for adults, The Casual Vacancy. NPR's Margot Adler reports that while the crowds were large, they were overjoyed to meet the woman who created Harry Potter. 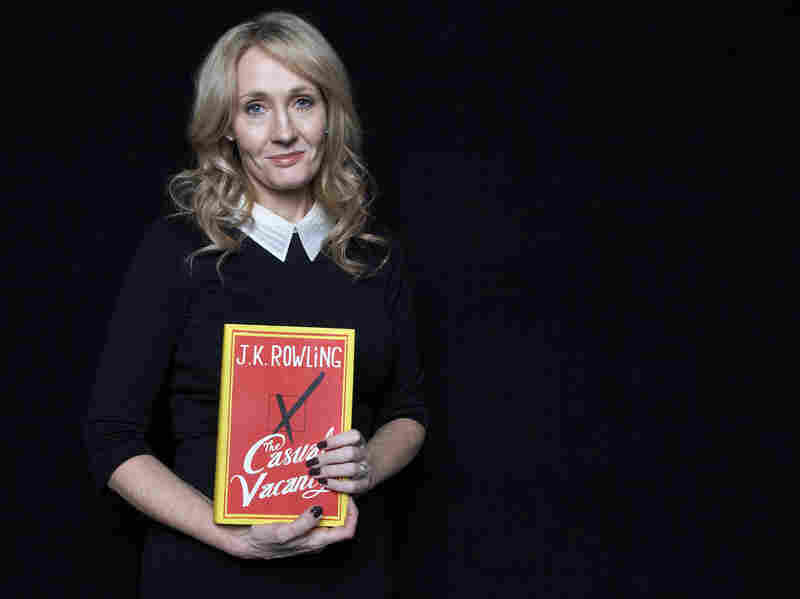 J.K. Rowling promotes her new novel, The Casual Vacancy, at Lincoln Center in New York. It was her only U.S. appearance. Dan Hallman/AP hide caption 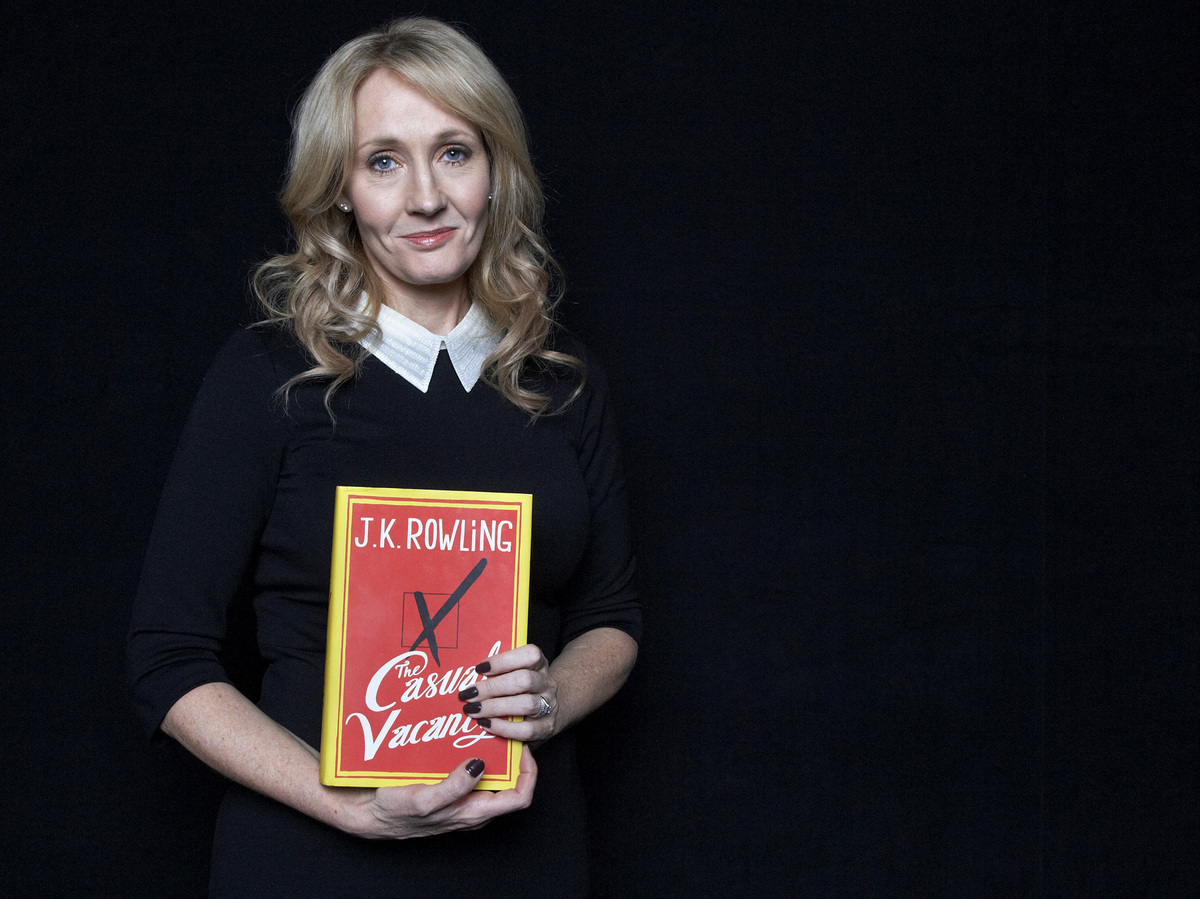 J.K. Rowling promotes her new novel, The Casual Vacancy, at Lincoln Center in New York. It was her only U.S. appearance.

While much of America was watching the second presidential debate, about 2,000 people — many of them between the ages of 20 and 40 — were doing something very different. They had gotten a rare and prized ticket to the only U.S. appearance by J.K Rowling, as she promotes her new book for adults, The Casual Vacancy.

The crowd was huge but happy — double the number originally planned, forcing the organizers to change venues. Attendees got a ticket to the Lincoln Center event and a copy of the book, which Rowling would later sign.

Two hours before the event, P.J. Clarke's, a noted before-theater restaurant across the street, was filled with fans of Rowling and Harry Potter. There were tables of 10 and 12 scattered about, reunions of people from all over the country. Andrew Slack, in his 30s, sat at one of the tables. Slack runs a Harry Potter-themed activism alliance: It sent five cargo planes to Haiti, he said, and founded libraries all over the world. He said Harry Potter shaped not only his life but his career.

"The two most significant things I have done since college have been being in romantic relationships for the first time, and reading Harry Potter," he said, "Now I do Harry Potter for a living, so yes, it's been my full-time job since 2007."

Other tables had people from Boston, Washington, D.C., Arkansas and Ohio. Melissa Lawson, a high school librarian from Chillicothe, Ohio, said she loved The Casual Vacancy. "It was so different from ... anything she had written before, but it was so interesting to see her voice applied to a very different style of narrative, and see the same social issues that you can pick out in Harry Potter, slated to an adult audience."

Outside the theater, other groups of friends from far-flung places were gathering, some from as far away as Paris — though Margaux Herrera is actually from Florida; she's studying in Paris and came back just for this. Herrera said she loves the new book but the Harry Potter books are what brought her back home.

Inside the theater, when Rowling was finally introduced, the applause was long and thunderous. Author Ann Patchett took the stage to interview Rowling on themes that were exclusively adult — like structure, and the difficulty of portraying villains. Both agreed that it would be inappropriate for someone under 14 or 15 to read The Casual Vacancy.

The funniest line of the evening belonged to Rowling, on the difference between her book and Fifty Shades of Grey. People have sex in this book, she told the audience, but nobody really enjoys it.

After the interview, some questions and a reading, the audience went row by row to get their books autographed. The huge line resembled airport security — you even had to hold your ticket out, but no one was peevish. There were smiles and laughter everywhere. As people left the theater, Melissa Anelli, who runs the Harry Potter fan site The Leaky Cauldron, said she noticed something important. "No one was asking her about Dumbledore or Ron ... they wanted to know about writing for grown-ups, they wanted to know about the differences in theme, and that's nice."

This is the generation that grew up with J.K. Rowling, Anelli says. Now they're adults, and they're ready to take the next step along with her.