Accessibility links
Sometimes A Friend Is Just A Cigar: Why Not Everybody Needs To Kiss At The End There's a common sense among TV fans that if any two people are close enough, fans are entitled to see them kiss. This is a mistake.

Sometimes A Friend Is Just A Cigar: Why Not Everybody Needs To Kiss At The End

Sometimes A Friend Is Just A Cigar: Why Not Everybody Needs To Kiss At The End 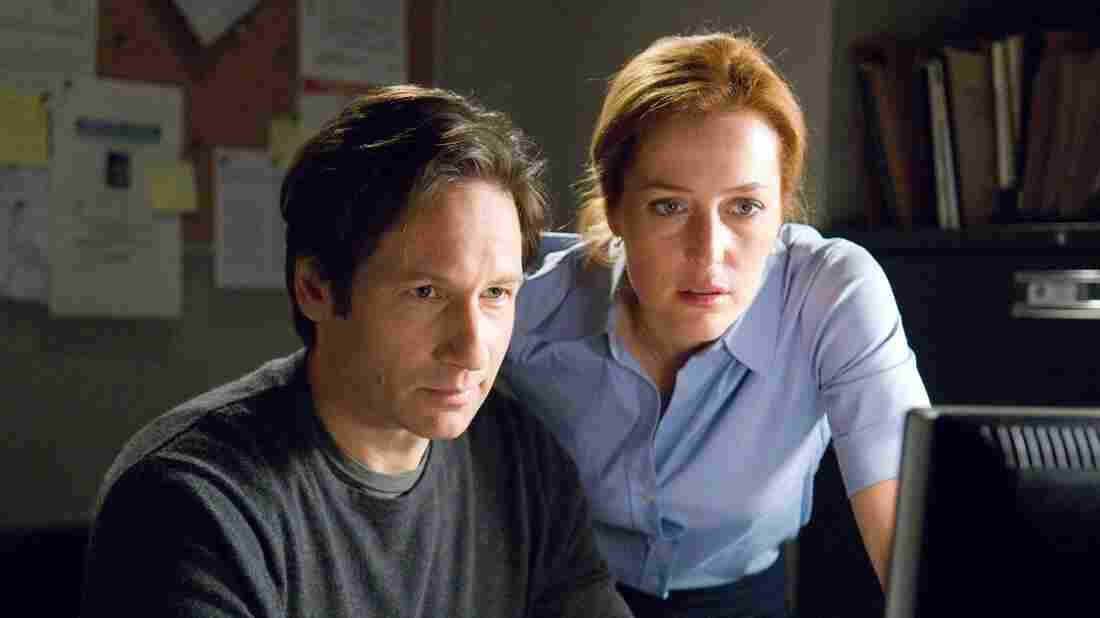 David Duchovny, left, and Gillian Anderson in the film The X-Files: I Want to Believe. Diyah Pera/AP hide caption 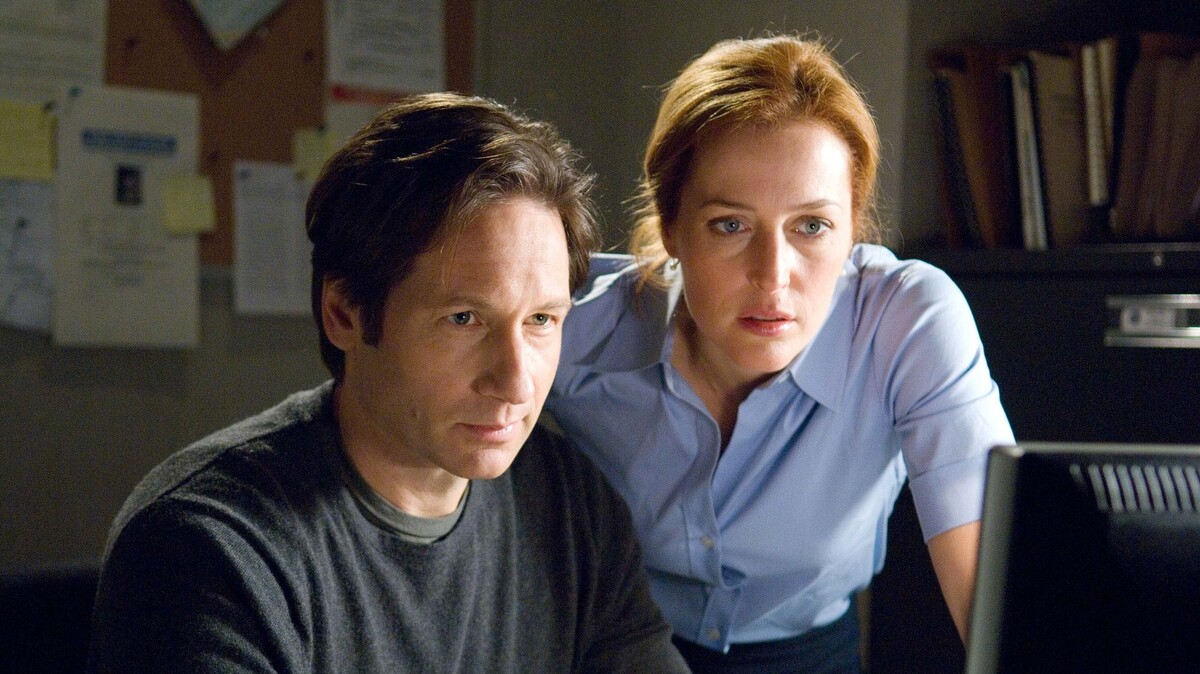 David Duchovny, left, and Gillian Anderson in the film The X-Files: I Want to Believe.

This week at Monkey See, we're looking at friendship in pop culture.

I've expressed in the past my opinion that it was very reductive to look at The X-Files, and specifically the Mulder-Scully relationship, and see it in terms of when they were going to kiss/have sex/have a baby/get married. It came up in this podcast, in the "Liking What's Popular" segment. For me, they were always absolutely as close as two people could be, and they were already clearly soulmates, so why fuss with it? (I mean, it was ultimately fussed with anyway, so to speak, but I felt the same way.)

There are a million reasons you couldn't do Three's Company as easily now (the upholstery budget, for one), but one of them is that it would be assumed from the first episode that Jack and Janet should get married. If you don't think that would happen, please meet my friend The Internet. When CBS's version of Sherlock Holmes was being pitched this fall and people found out that Lucy Liu was going to play Watson, the biggest complaint I heard was that this would destroy the Holmes-Watson friendship and make it a flirtation, which was (comparably) really boring. I understand why people believed it, and it might still happen, but it's very odd that we've become convinced that if you put a man and a woman on a TV show together and they have any sort of interesting or evolved relationship, it's a hop-skip-jump to WHEN DO THEY KISS ALREADY?

That doesn't mean great shows can't be built on KISS ALREADY. I like Castle and Bones a lot, both of them, and they're both like that.

But when I first realized that basically any pair of characters with any substantial contact with each other that's of any interest to anyone would be followed around by people who want them to kiss, it seemed a little sad. One of the reasons for the rise of the much-discussed "gay best friend" of a woman (done less often with a man) is undoubtedly that male-female friendships are interesting, and if you make it two people who are gender-compatible for dating, you're perceived as having vowed to write them a kiss at some point. But it happens, really, with any friendship between any people at all, at this point; it's like friendship is a 10 and kissing is an 11. And if you've ever had friends or kissed, you know that this is not the truth.

Heaven knows, I'm a rom-com person. I'm an appreciator of the slow burn as much as anyone. Still, not every close bond is a precursor to something entirely other than itself. I admit that I'm an outlier — I badly wanted Friends not to get Ross and Rachel together at the end, since they were obviously going to make each other miserable as they had so many times before. But I don't like the romantification of every important relationship in the known universe.

That's right. That's me. I'm the lady driving around with the MULDER AND SCULLY WERE JUST FRIENDS bumper sticker. (Not really.) (But only because I don't have a car.)