Accessibility links
Movie Review - 'That's What She Said' - Some Things Are Better Left Unspoken Carrie Preston's comedy That's What She Said, which stars Anne Heche, Marcia DeBonis and Alia Shawkat, aims to depict friendship between women. Critic Stephanie Zacharek says the film's stab at Sex and the City-style candor comes off as absurdity instead.

Some Things Are Better Left Un-'Said'

Some Things Are Better Left Un-'Said' 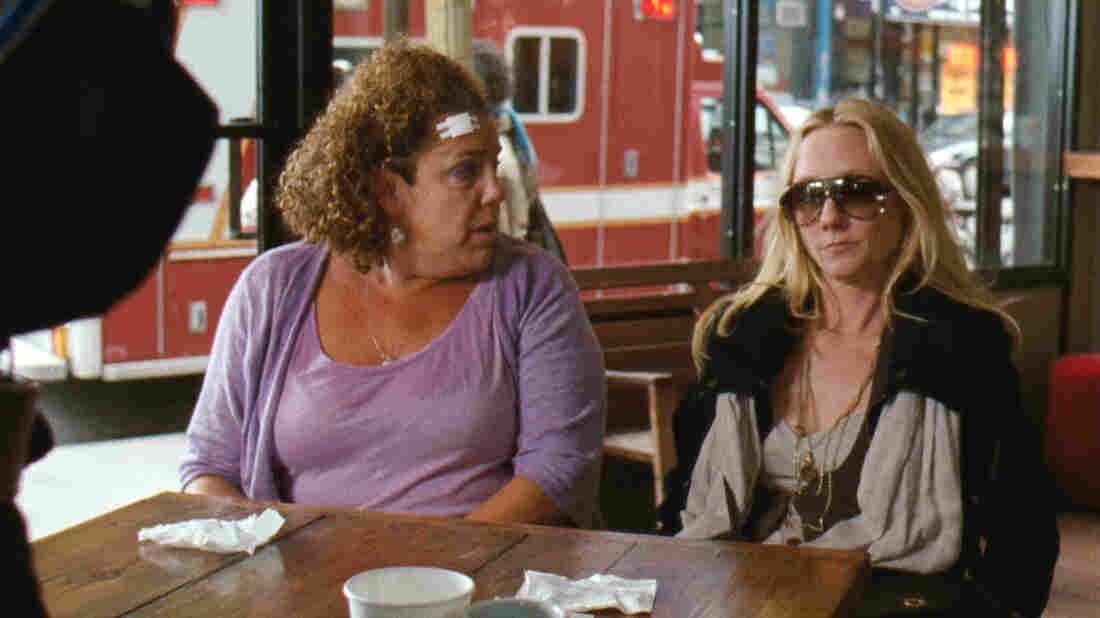 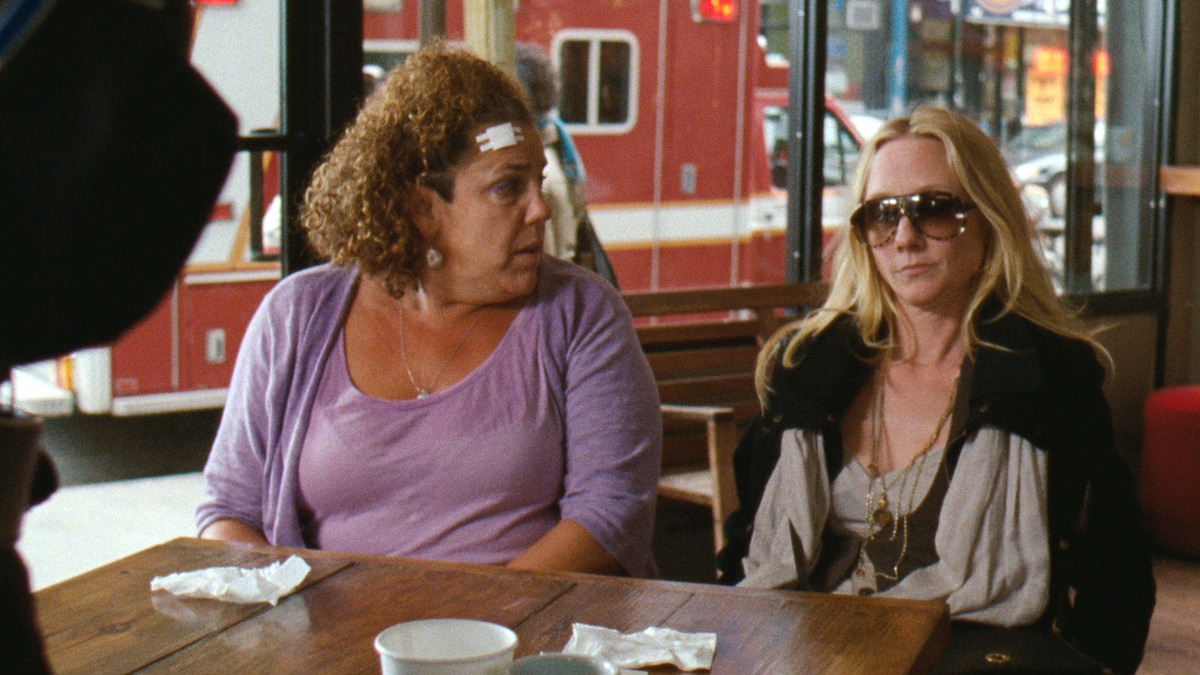 That's What She Said

The road to hell is paved not just with good intentions, but with movies that attempt to capture the way women really talk. Bodacious confessions about illicit nights spent in all manner of threesomes; loud coffee-shop discussions about yeast infections; repeated fretting about that possible Mr. Right who, for some reason, just hasn't gotten around to calling — all of these things figure heavily in the generally preposterous girl talk that makes up That's What She Said. Elvis Costello sure had it right: There are some things you can't cover up with lipstick and powder.

Anne Heche's Dee Dee and Marcia DeBonis's Bebe are New Yorkers who are besty-best friends, even though they appear to have nothing in common other than that their ridiculous names almost rhyme. Dee Dee is an unkempt basket case with an extremely active sex life, which she advertises at every opportunity — stick with the movie long enough, and you'll realize that her noisome bragging is just a way of covering up her hidden vulnerability and heartaches.

Bebe, a somewhat overweight puddle of insecurities, works much harder than Dee Dee does at finding love or even just companionship, with little success. After a single roll in the hay with a guy she met at a wine tasting, she desperately waits for him to call, to no avail. She's barely a character — really just a face and body wearing a sandwich board advertising her low self-esteem. 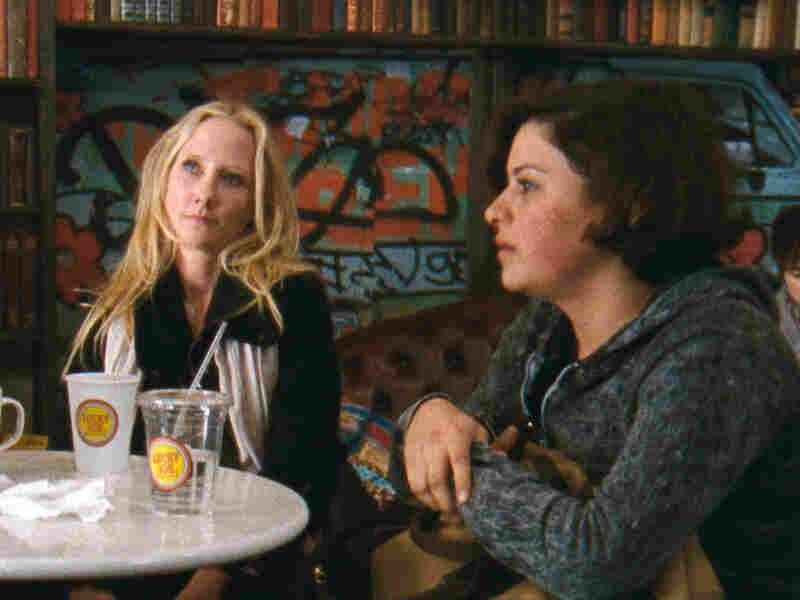 The third wheel in That's What She Said is Clementine (Alia Shawkat), who's little more than a sex-mad bundle of nerves. Phase 4 Films hide caption

That's What She Said is the second movie directed by True Blood actress Carrie Preston (the first was the 2005 comedy 29th and Gay), although Kellie Overbey, who wrote the script, presumably shares some of the blame. (Overbey, also an actress, has a small role in That's What She Said.) The picture does throw off some sparks of energy, particularly in its opening sequence, a rapid-fire montage that captures the go-for-broke craziness you need to survive in a place like New York City.

But it's all downhill from there. Living in New York can make you crazy, but ideally, it shouldn't make you stupid. Time and again in That's What She Said, characters say and do things that are perhaps supposed to make them seem savvy, or sophisticated, or human, or something. But almost every word that flows from their mouths sounds like something someone would put into a script but would never really say.

The goal appears to be Sex in the City-style outrageousness, but none of the characters are likable enough or interesting enough to make us buy what they're selling. This is the kind of movie that attempts to milk maximum yuks from a character's incessant need to scratch her pubic area in public. Yeast infections, ladies! Aren't they hee-larious? Let's break out the Vagisil and raise a toast to That's What She Said. Bottoms up!