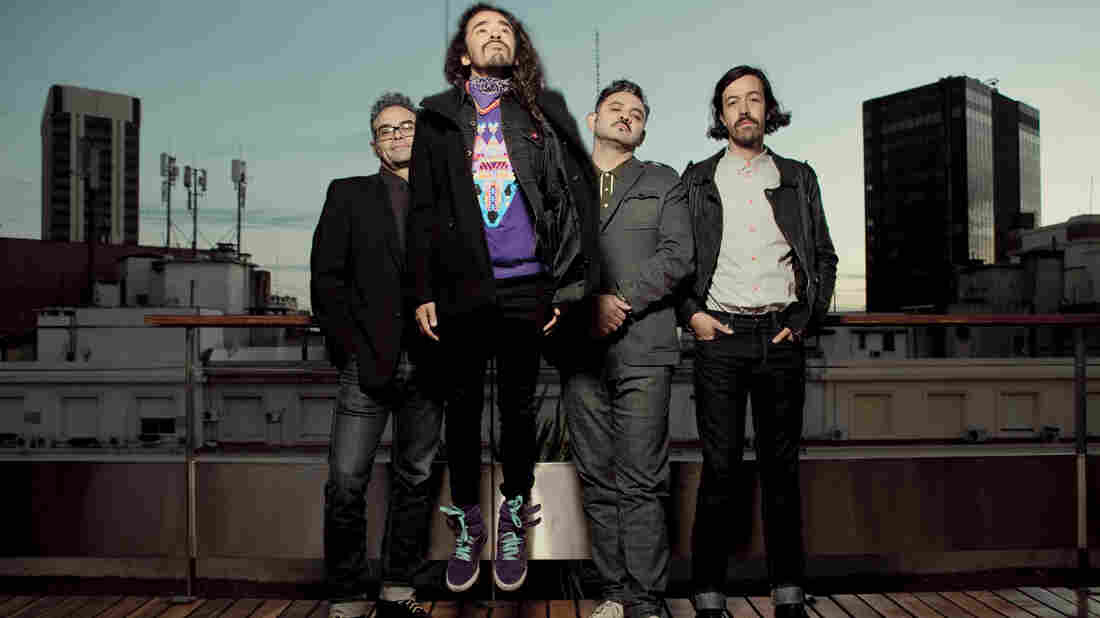 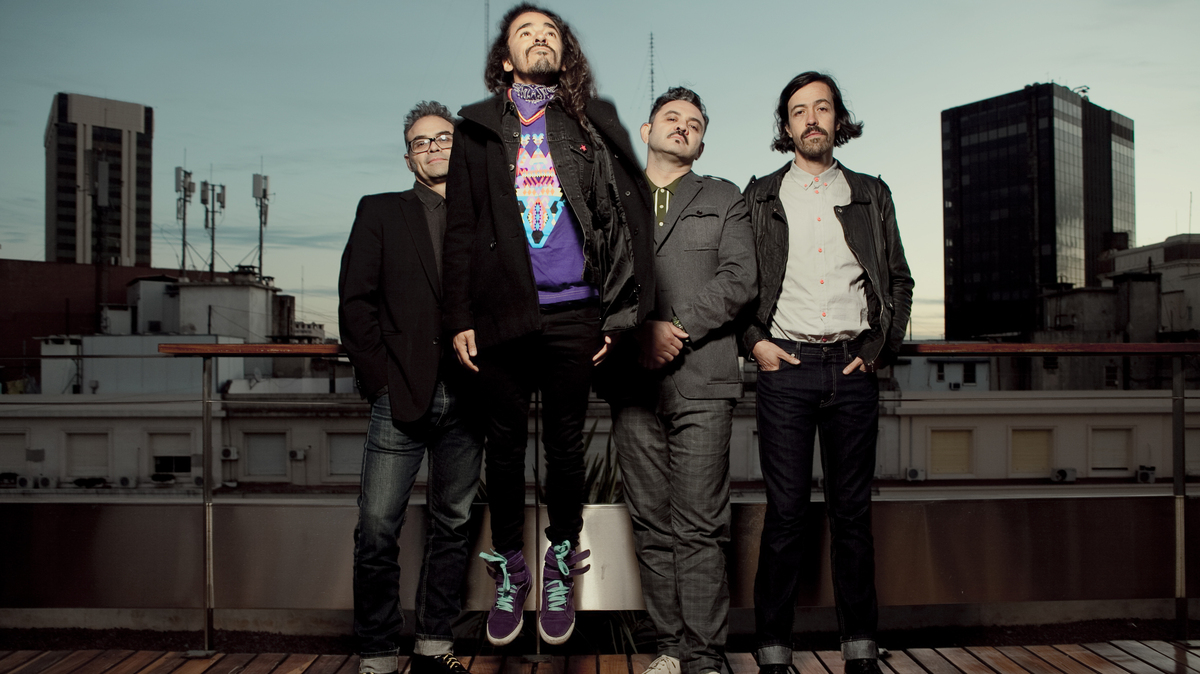 On Alt.Latino, we like to ask guests about the role artists play during times of turmoil. Because we cover Latin America — where troubles abound and music frequently collides with politics — it's an important debate. Is the artist there to entertain and get people's minds off their problems, or to stimulate a meaningful conversation and even incite action? For the Mexican band Café Tacvba, being relevant meets documenting how its members have changed and grown as individuals — an ideology the band embraces on its deeply personal new album, El Objeto Antes Llamado Disco.

The group's first new record in five years pulls off a remarkable feat: Coming two decades into Café Tacvba's career, it's as honest, humble and refreshing as the band's debut.

For those who don't know Café Tacvba, it's difficult to overstate its impact on Latin music since it first surfaced in the early '90s. Here's a great illustration of the passion it inspires: Earlier this year at the annual Vive Latino music festival in Mexico City, I trudged from stage to stage with a group of fellow journalists. For a few days, we were part of the infrastructure that makes festivals work: photographers, cleaning people, security personnel and food salesmen who work while everyone else dances and moshes and eats. That is, until Café Tacvba took the stage. A sea of ecstatic young Mexicans flooded the grounds, sure, but you know a band is really popular when security guards, janitors, food salesmen and even journalists drop what they're doing to start dancing and singing along.

Beyond the incredible live performance, what stunned me at the time was the rapport the Tacvbos, as they're known, have with their audience. It's that of a coffee-shop band which has been playing the same small venue for the same few patrons for years. They ask the crowd how they're doing, acknowledge the tough times, encourage everyone to be good to themselves. And they joke that it's been a while since we've seen them last — five years, to be exact.

That's Café Tacvba's appeal: Its members are part wise men, part hilarious neighborhood kids complaining about a girlfriend. They know that, no matter how difficult life gets, we still have to deal with ourselves at the end of the day.

El Objeto Antes Llamado Disco is fantastic: Reflective and lyrically gripping, Café Tacvba perfects its mix of Mexican folk, rock and electronica. It would have been easy to put out a record that continues riding what remains of the Latin rock wave, and maybe throws in a song about love and an obligatory socially conscious tune. What separates Café Tacvba from other icons of '90s Latin rock is the sense that these guys are just trying to figure things out, too. By releasing such a personal and introspective album — about universal issues like getting older, lusting after someone who isn't good for you, and seeking joy — they've created a record that captures and mirrors much of what Mexico faces today.