Accessibility links
Eubie Blake On Piano Jazz On this program from 1980, Blake remembers his vaudeville days and writing the classic songs "Charleston Rag" and "I'm Just Wild About Harry." 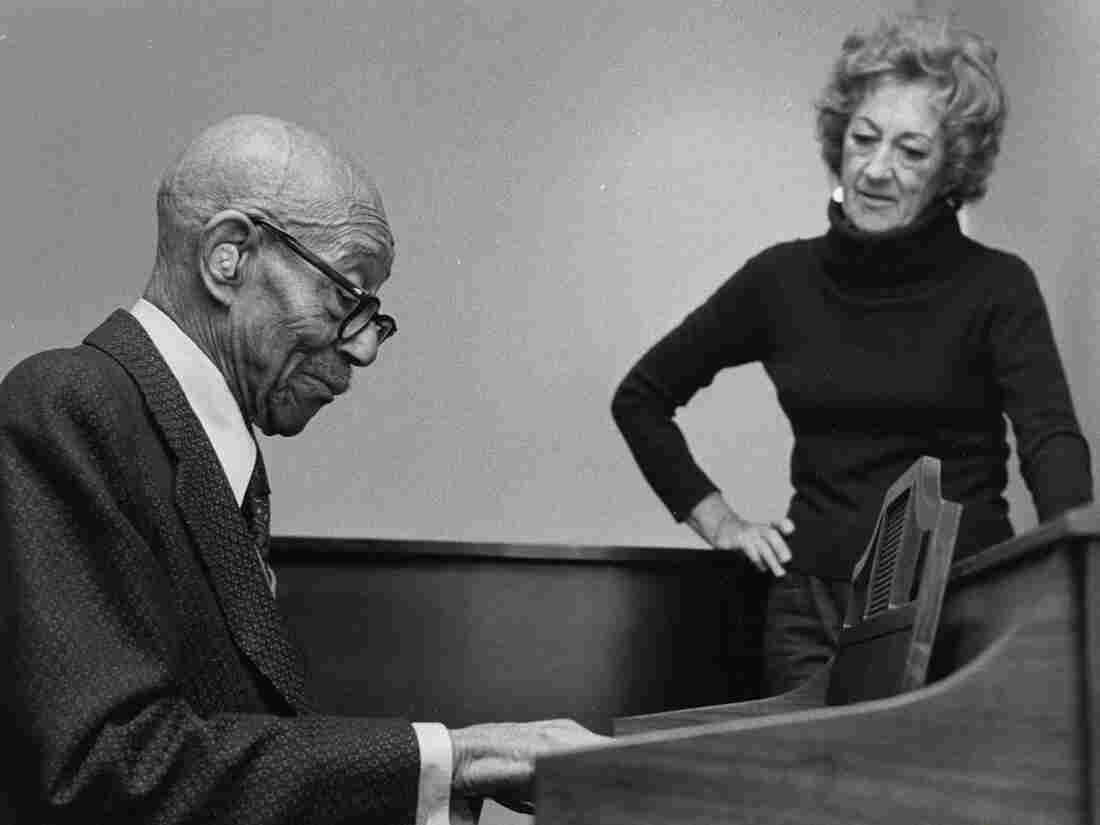 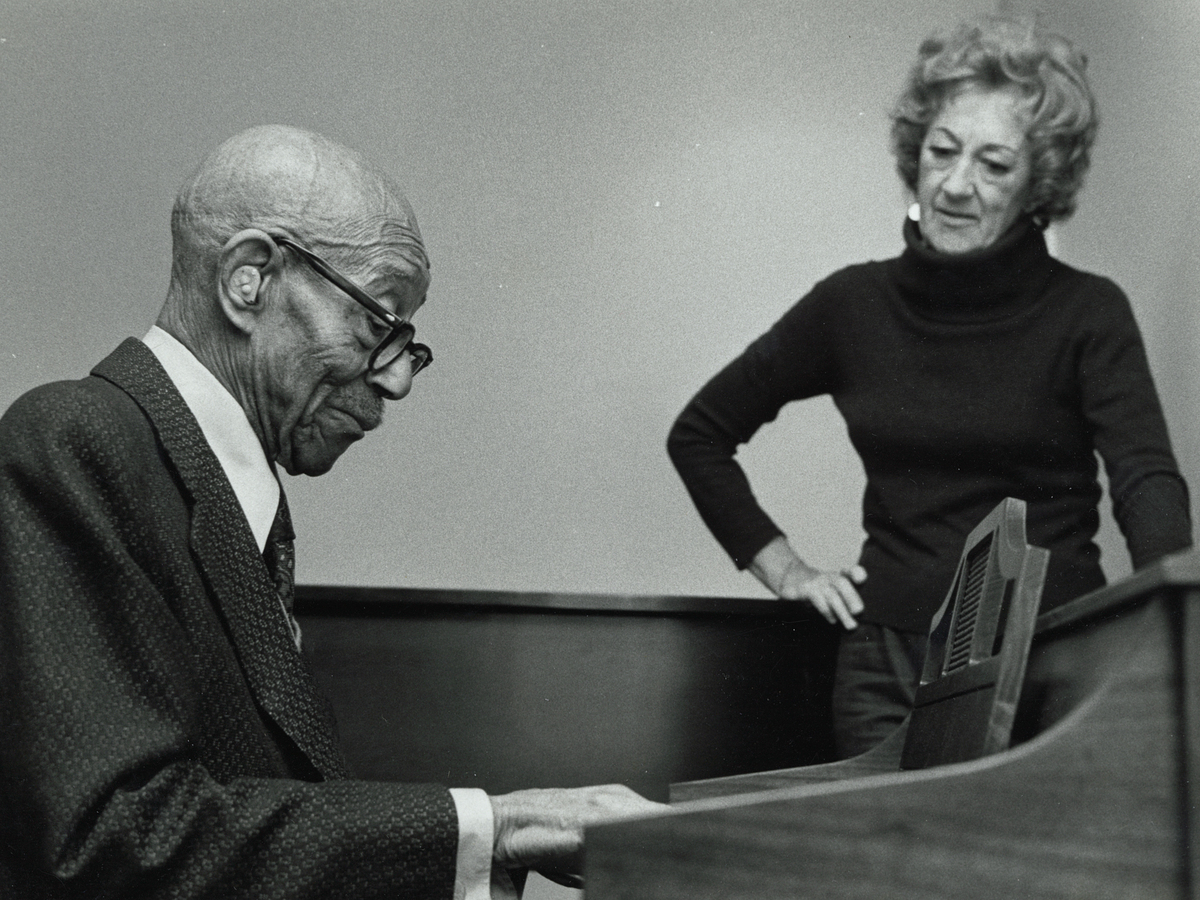 Eubie Blake In The Studio

Piano Jazz digs deep into the archives with a session featuring James Herbert "Eubie" Blake. He was the last of the known living original ragtime pianists when he appeared on the program in 1980 with host Marian McPartland. Here, the 93-year-old Blake recalls working in vaudeville, performing at the height of the Jim Crow era, writing "Charleston Rag" and even watching a performance by the great Russian pianist Sergei Rachmaninoff.

Blake kicks off this session with a bouncing solo tune, "Betty Washboard Rag." Blake's chord voicings show the importance of improvisation in jazz from its very beginning.

Not That Marian, The Other Marian

The session continues with Blake's "Marian's Waltz," written for his wife, who shares a first name with McPartland. Blake glides across the keyboard at a lilting tempo, jumping in between easy and assertive moods with a few bars of fiery stride. For 50 years, the tune's namesake, Marian Blake, handled Eubie's business matters and made sure he rehearsed three hours a day.

Blake performs a tender vocal on his "You're Lucky to Me." The sentimental, old-fashioned lyric, sung by its author, is at once beautiful and haunting. He continues with a few bars of "Charleston Rag," also a Blake original.

He then performs "Dream Rag," commenting to McPartland and calling out the changes as they happen.

"You know what key's been worrying me? E major," Blake says, as he launches into "For the Last Time Call Me Sweetheart" by Al Johns.

For Blake, however, the lovely tune conjures grim memories of the Jim Crow era:

"Johns played that song for a singer, a white girl," Blake says. "Would you believe they wouldn't let him come out on stage to play? He's backstage and she's out there on stage singing."

On a separate, happier occasion, Blake remembers seeing Rachmaninoff perform "The Star Spangled Banner" at Carnegie Hall. He describes Rachmaninoff's legendary hands interpret the tune through octaves across the keyboard, a reminder that Blake and other early jazz players held classical music in high regard.

Blake and McPartland get together for two duets: "Kiss Me Again" and "St. Louis Blues." McPartland then performs a solo tribute to Blake with her elegant rendition of "I'm Just Wild about Harry." The tune was written by Blake and Noble Sissle for their 1921 musical Shuffle Along, which became the first hit musical on Broadway written by and about African-Americans. Blake asks of McPartland's playing, "Why didn't I think of it that way?"

Blake and McPartland then perform a final rousing duet, "Gypsy Sweetheart," to close this week's session.