Accessibility links
Minnesota Case Re-Opens Wounds Among Somalis A Minneapolis jury convicted Mahamud Said Omar, a 46-year-old janitor at a local mosque, of conspiring to help recruit two dozen Somali-American men to fight in Somalia. One man, whose nephew died in Somalia, said the case was particularly painful because he knew the man who did the recruiting. 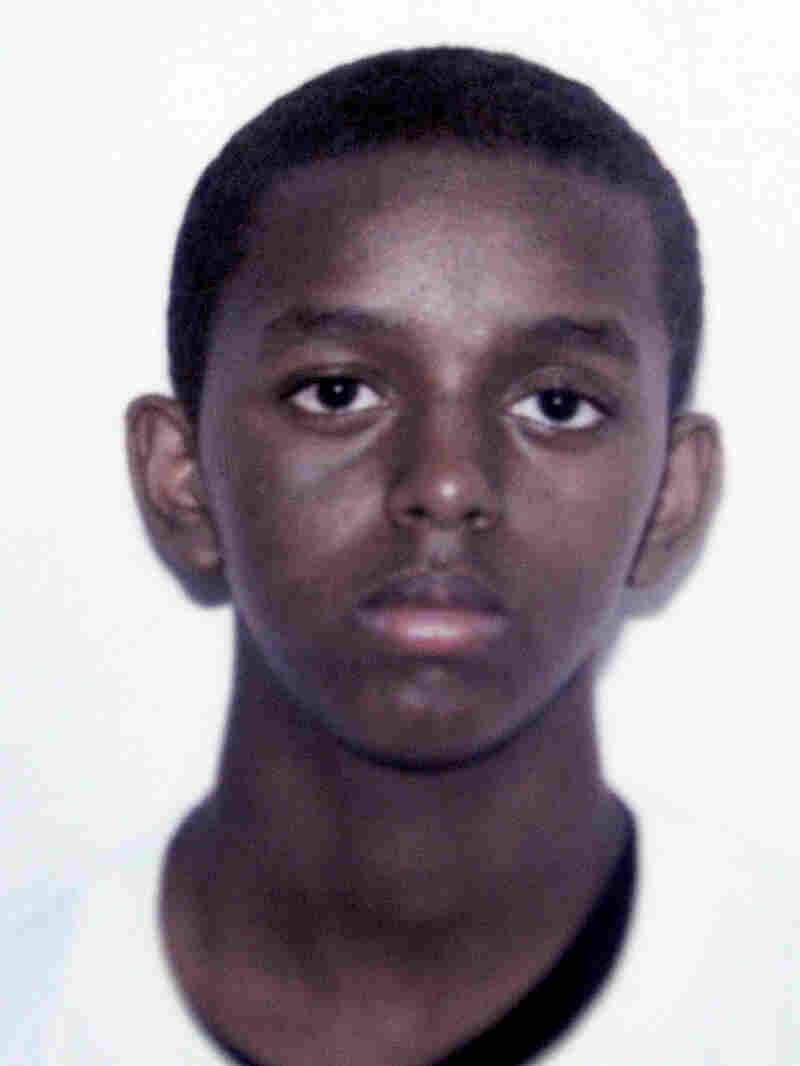 Burhan Hassan of Minnesota was recruited to fight in Somalia for al-Shabab, which the U.S. calls a terrorist group. He was killed there in 2009. This undated file photo released by his family in 2008. Anonymous/AP hide caption 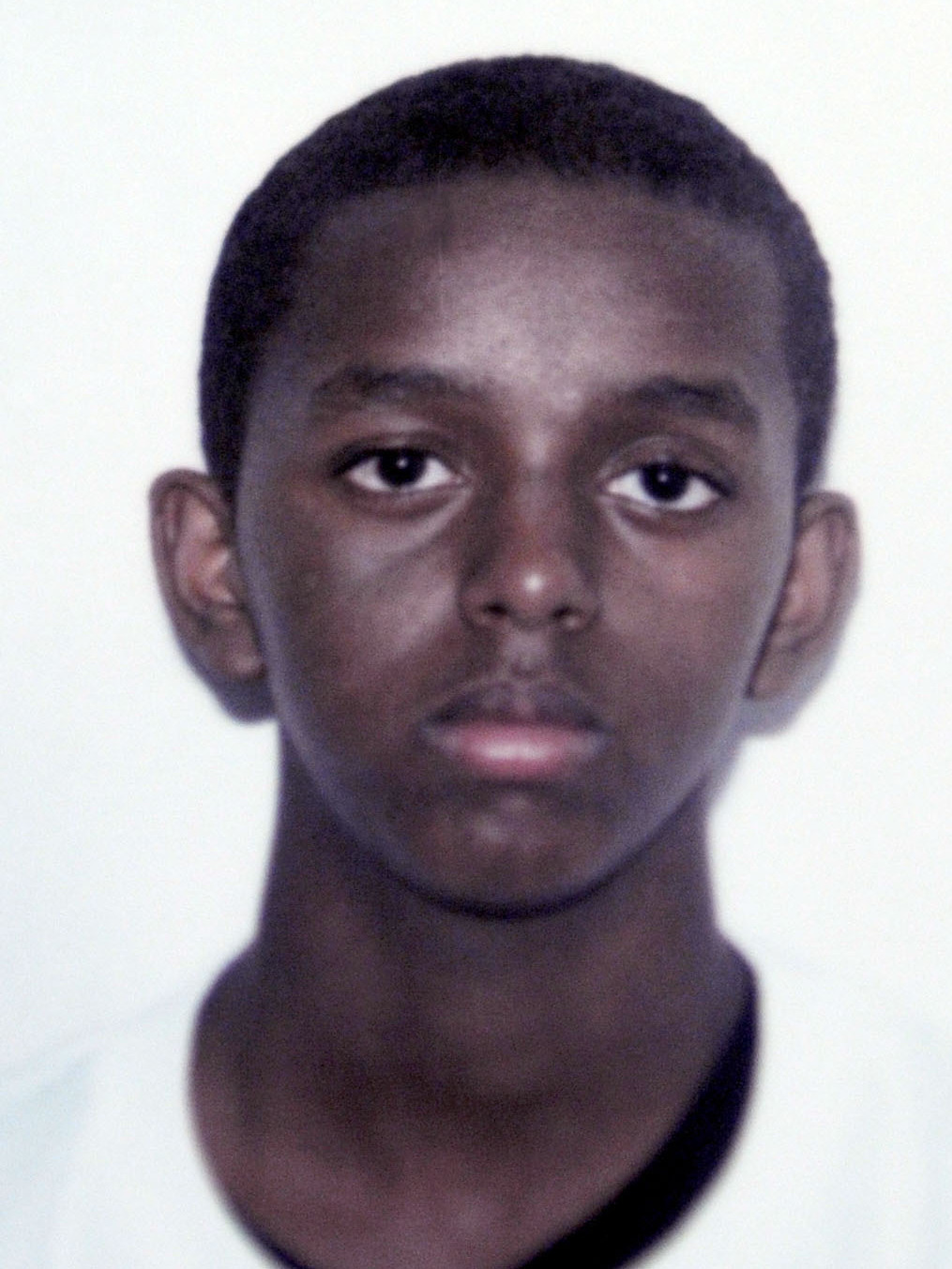 Burhan Hassan of Minnesota was recruited to fight in Somalia for al-Shabab, which the U.S. calls a terrorist group. He was killed there in 2009. This undated file photo released by his family in 2008.

For nearly three weeks, the benches at the back of a federal courtroom in Minneapolis were filled with local Somalis. The man on trial, Mahamud Said Omar, was accused of conspiring to help a terrorist group recruit some two dozen young Minnesota men to fight a holy war in Somalia.

It took a federal jury just eight hours to convict him of all of the five terrorism charges leveled against him, but the verdict is only the beginning for the Somali community in the Twin Cities.

As the testimony unfolded day after day, women in bright African prints and colorful headscarves sat next to 20-somethings in jeans and purple Minnesota Vikings sweatshirts. And they heard, for the first time, about a jihadi pipeline that funneled some of their sons and nephews and brothers from the streets of Minneapolis to battlefields outside of Mogadishu to fight with a terrorist group called al-Shabab.

Day in and day out, a man named Abdi Rizak Bihi sat in the back row by the door. His nephew was a 17-year-old named Burhan Hassan. He was one of the young Minnesotans who went to Somalia — and one of six of them to die there.

As Bihi sees it, Mahamud Said Omar was responsible, at least in part, for Burhan's death.

"It is really difficult for us to picture him involved in such a mess that created pain for so many families," Bihi said.

'Everything He Had Was Gone'

I first met Bihi at the Brian Coyle recreation center in Minneapolis four years ago. He was a mentor and coach to a roster of young Somalis in the Twin Cities. He had an office just off the center's basketball courts. A conversation with Bihi was punctuated by phone calls and questions from young men who were looking to him for advice.

Bihi's nephew, Burhan, had gone missing just weeks before I arrived. He was just 17 and mysteriously disappeared on Election Night in November 2008. Burhan had told his mother he was going out with some friends. When he didn't come home, his mother called Bihi. She was worried.

"We kept telling her that Burhan was now a young adult and he can stay up and get involved with things like the election and maybe getting the vote out," Bihi recalled. "Don't worry, I told her, he's not a baby anymore."

The phone rang in Bihi's apartment around 1 a.m. that morning. His sister had gone into Burhan's room. "And everything he had was gone," Bihi said.

Burhan wasn't the first young Somali from the Twin Cities to go missing. Over the course of several years, dozens of young men would follow his same path.

It took some time for the FBI to confirm that a jihadi pipeline had appeared in the Twin Cities. It was sending young men to the Horn of Africa — recruiting them from Minneapolis' enormous Somali community, helping them get the money together for plane tickets, and then flying them to Mogadishu where they were met by members of al-Shabab. The U.S. government has designated al-Shabab as a terrorist group.

From Minneapolis To Mogadishu

As it turns out, Omar, the man convicted Thursday, appeared to play a key role.

Three young Minnesotans, who had travel to Somalia, fought with al-Shabab and eventually returned to the U.S., testified against him. They provided a rare look into the operation. They talked about having secret meetings in restaurants around Minneapolis to plan the trip.

In one early meeting, they gathered in the private dining room of a pizza place, sat in a circle on the floor and listened to a call from an al-Shabab member in Somalia. He was on a speaker phone.

"He was on the phone saying they were doing a great job," said Kamal Said Hassan, 27. "Basically he was advertising for us what was going on there."

Once they arrived in Mogadishu, the young men were taken to an al-Shabab safe house in Merca, south of Somalia's capital. They said Omar met them there and stayed for several days. They testified that Omar provided money for expenses to the woman who ran the safe house and helped the young men buy guns.

After listening to the court testimony, Bihi said Omar's role in the scheme was hard to fathom for two reasons: first, Omar was known in the community as the affable janitor at a local mosque, and second, the defendant was Bihi's neighbor.

Mahamud Said Omar lived on the 23rd Floor of a housing complex in East Minneapolis known as the Towers. Bihi, Burhan's uncle, lived just a couple floors below.

He remembered riding the elevator with Omar the morning Burhan went missing. He recalled Omar even asking how Burhan was doing. There was small talk, and then they parted. Bihi said the memory was painful.

"A neighbor who lived in the same building with you and was saying, 'Hi, how are the kids?'" he said. "At the same time he was involved in taking my nephew and other kids."

Easier If It Had Been A Stranger

The "other kids," according to the FBI, ranged in age from 17 to their mid-20s. They first began leaving Minneapolis in late 2007, sneaking away in twos and threes, flying to Amsterdam or Dubai and then connecting to Mogadishu.

It took months to discover that they were joining al-Shabab, the group with ties to al-Qaida. It was years before the FBI began to zero in on the man convicted Thursday. Omar was extradited for trial from the Netherlands and his arrest rocked the community.

Burhan's uncle said it would have been easier if the man helping recruit their kids was a stranger.

"It is not part of our culture where a neighbor is nice to you and saying hi to you, the same as he has done for several years, every morning, and then you come to find out that morning he was taking your loved one to the airport to join al-Shabab," Bihi said.

The story of Bihi's nephew Burhan ended badly. He died outside Mogadishu in 2009. He apparently was shot on June 5 — the very day he would have graduated from Edison High School in Minneapolis.

Bihi said Omar's conviction is only the beginning.

"The community and us families, we believe this is not the end," said Bihi.

And he may be right. Last month, a University of Minnesota student named Omar Farah went missing. His mom received a phone call from Merca, Somalia, a couple of weeks ago. He told her he was in Somalia, fighting for al-Shabab.