Accessibility links
Interview: Hunter Davies, Editor Of 'The John Lennon Letters' The famous Beatle was known for writing notes that often contained funny drawings and self portraits. Now, Hunter Davies has gathered those letters into a collection that tells the story of Lennon's life, from a note written to his aunt at 10, to one written minutes before his murder. 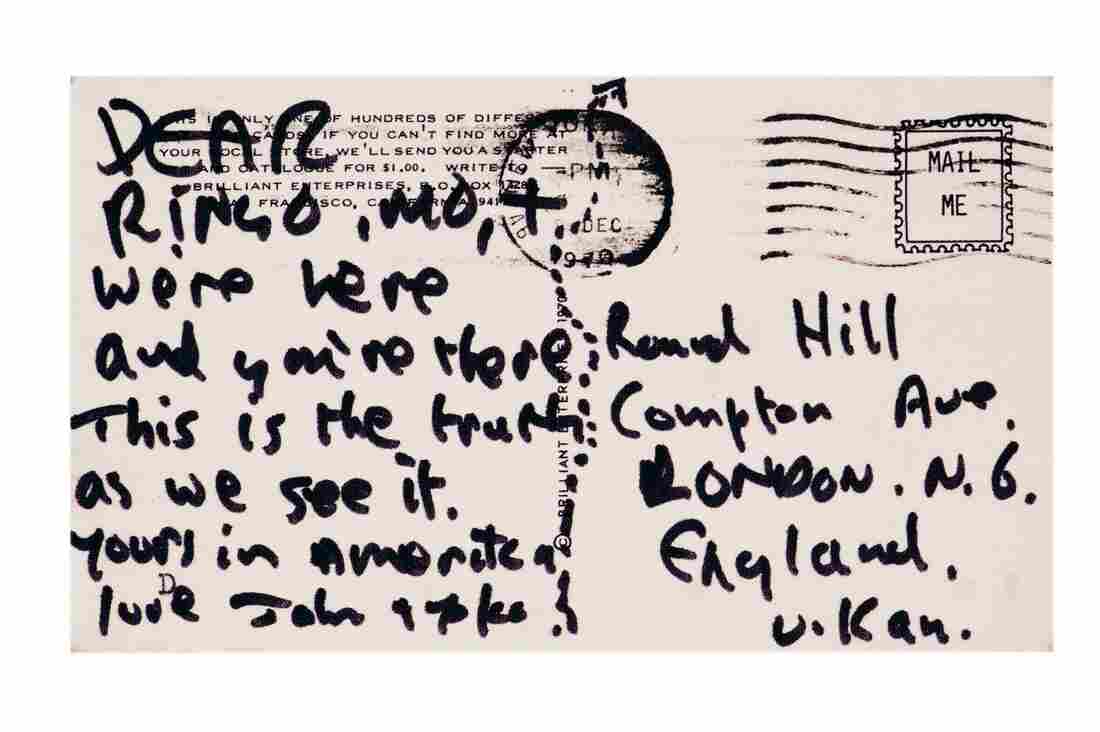 In December 1970, John Lennon sent fellow Beatle Ringo Starr a postcard that read, "We're here and you're there. This is the truth as we see it." Charlotte Knee/Little, Brown and Co. hide caption 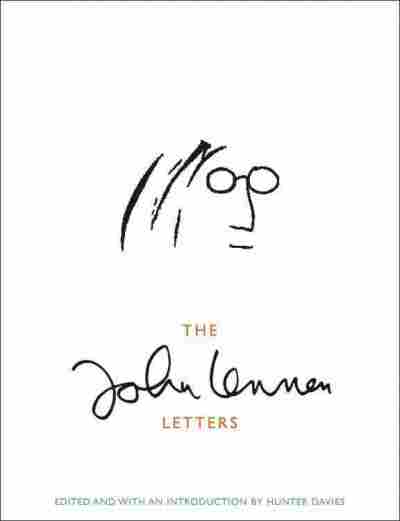 by John Lennon and Hunter Davies

John Lennon loved word play; he wrote songs that have not only become standards, but also milestones, like "Lucy in the Sky with Diamonds" and "Strawberry Fields," which he wrote with the Beatles, and "Imagine" and "Give Peace a Chance," which he wrote on his own. For most of his life, he also composed letters to friends and family; then lovers, as he grew up; and strangers, as he grew famous. His notes, letters and postcards often contained small, funny drawings and self portraits.

Now Hunter Davies, who wrote the band's 1968 authorized biography, The Beatles, has helped annotate almost 300 of letters written in Lennon's own hand. The result is his new book, The John Lennon Letters. He joins NPR's Scott Simon to discuss the love and rage of Lennon's letters, and what the notes reveal about the man.

On Lennon's love letter to Cynthia Powell, who became his first wife 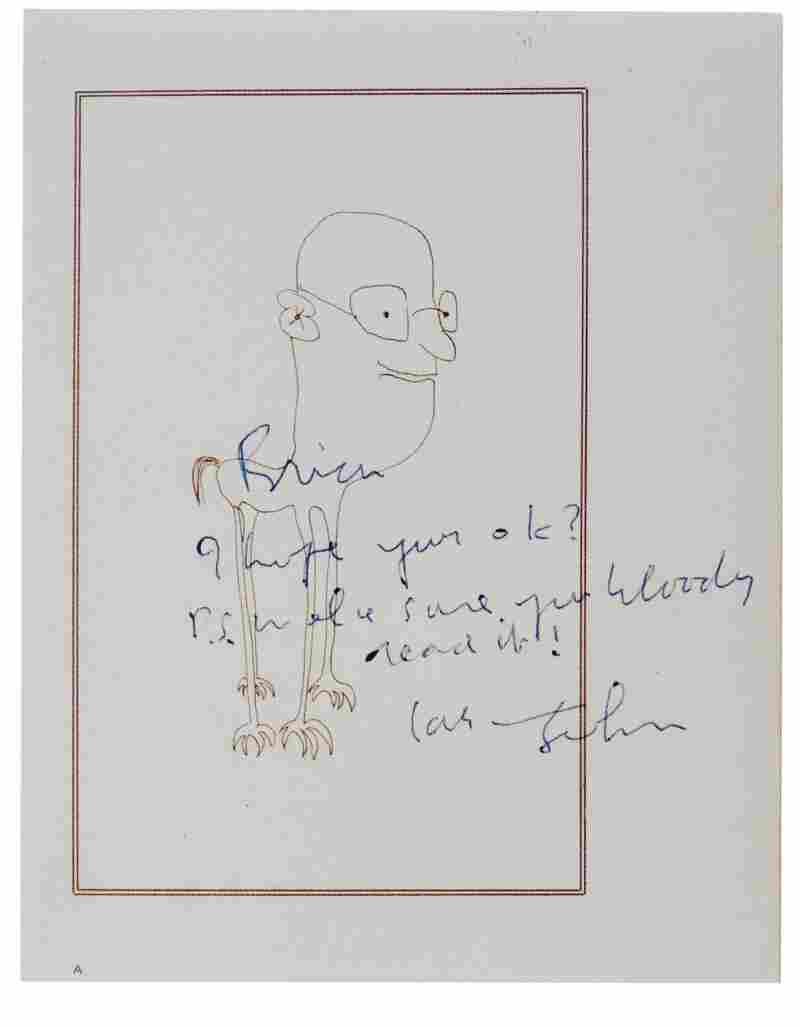 "That's the most tumultuous love letter. It goes on and on; it's an eight-page homemade Christmas card to her. And of course, one of the big things about John is that he went to art college. But he decorated almost every letter and postcard. So this one you mentioned, there's a lovely drawing of John and Cynthia together looking into each other's eyes adoringly. And he does this with every letter. There's a nice letter to his cousin Leila — she was slightly older and became a doctor — and if you look at the top of the page you'll see in green handwriting, he's drawn some palm trees. If you put your best specs on, you'll see his little face peeping up from behind a palm tree with his little nose and his spectacles. Then you'll also see in the corner a very small pyramid. And this was a visual joke, because Leila, his cousin, was born in Egypt, and he and Yoko were going to Egypt soon."

"That [letter] is well known, because it's come up in auction two or three times. It's sold for a huge amount of money. I mean, this is the most appalling letter from John, he's ranting and raving. The background to it was that it was the time they were suing each other ... so they're all fallen out; but also he was furious at the time because he got it into his head — I'm afraid rightly — that everybody hated Yoko, and the other Beatles hated Yoko. And they were being horrible to him, so John was very, very protective and very sensitive, so he lashed out even more. " 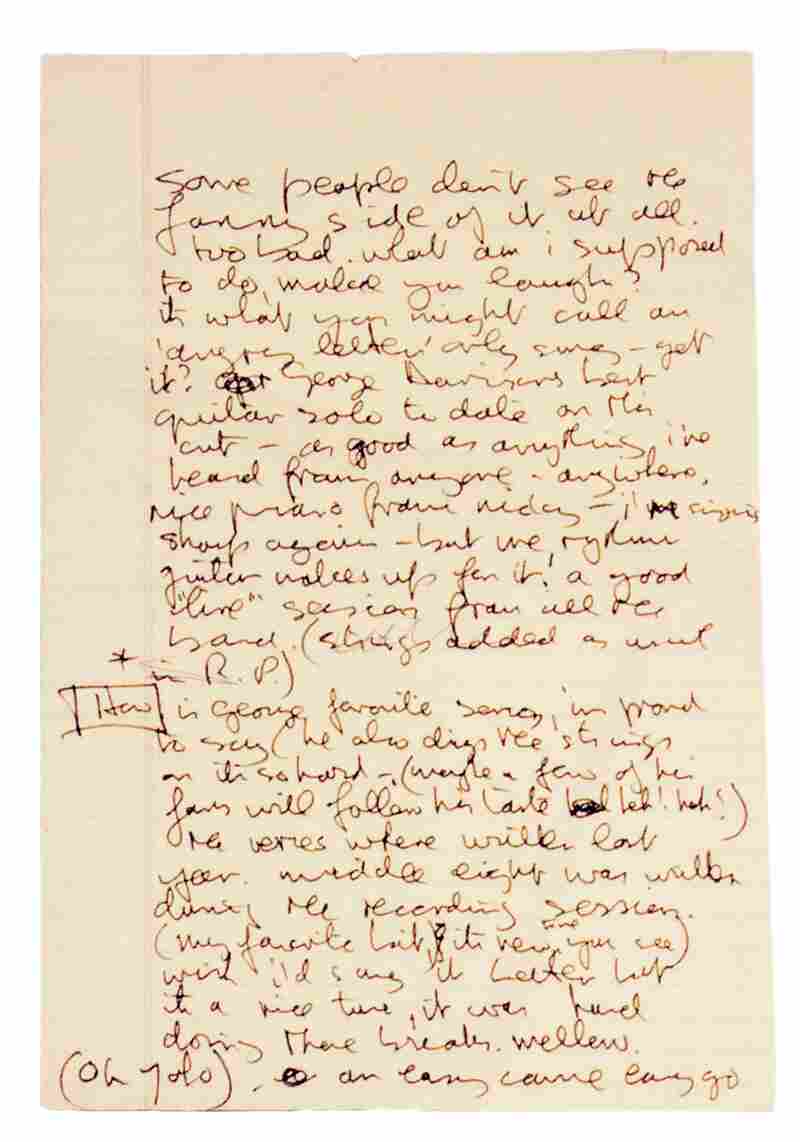 "It's just an accumulation of all the aspects of his life, from the age of 10 — writing that nice letter to his auntie thanking her for his Christmas towel, and he says it's the best towel he's ever had — up to a few minutes before he gets killed, aged 40. So you see the whole span of his life. The thing about it: You see it through his eyes, through his handwriting. A biography can never really get as close as letters can. With letters, he's not writing for posterity, it's all coming out there and then, and it's all emotion. And he sort of — he does it, then he's moving on; so it's very revealing, I think."