Accessibility links
'The Revolutionary': An Unrequited Love For China Sidney Rittenberg is one of only a few American citizens to have joined the Chinese Communist Party. Though he was imprisoned for 16 of his 35 years in China, he still regards Chairman Mao as both hero and criminal. 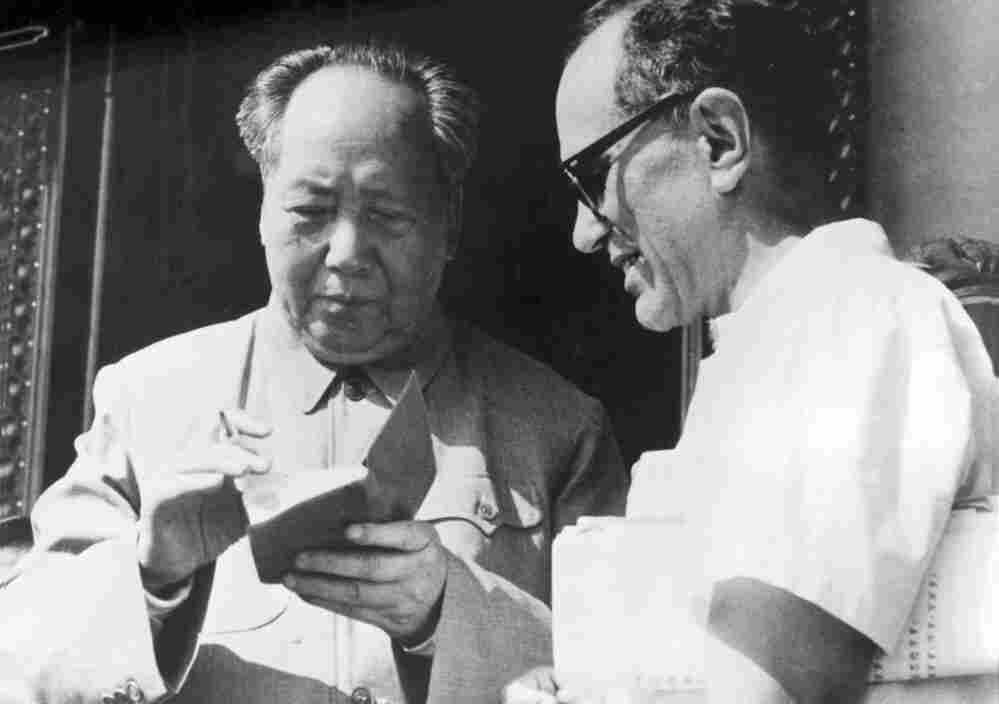 Mao Zedong signs Sidney Rittenberg's copy of The Little Red Book during a gathering of party leaders in Beijing on May 1, 1967, at the beginning of China's Cultural Revolution. Courtesy of Sidney Rittenberg hide caption

Sidney Rittenberg went to China as an American GI at the end of World War II and fell in love with the country. He was discharged as a Chinese translator for the U.S. Army, but decided to stay there.

By the time Rittenberg came back to the United States, more than 30 years later, he had become one of only a few American citizens to join the Chinese Communist Party. He translated English for Chairman Mao Zedong, told off Madame Mao during the Cultural Revolution, and endured 16 years of solitary confinement in Chinese prisons. 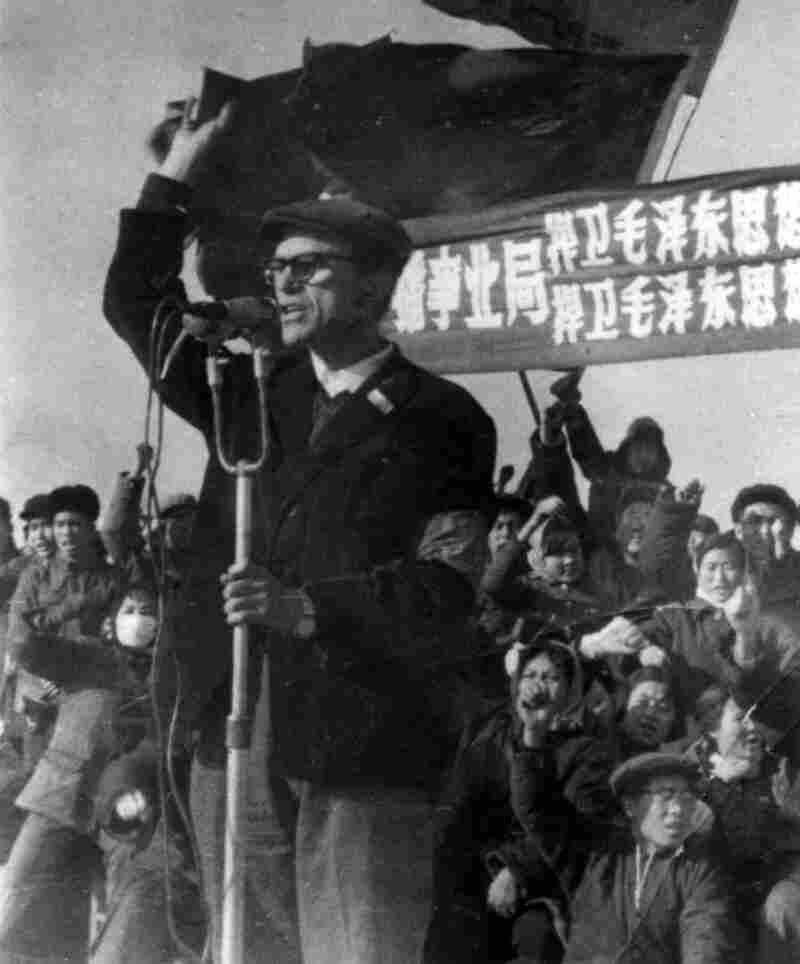 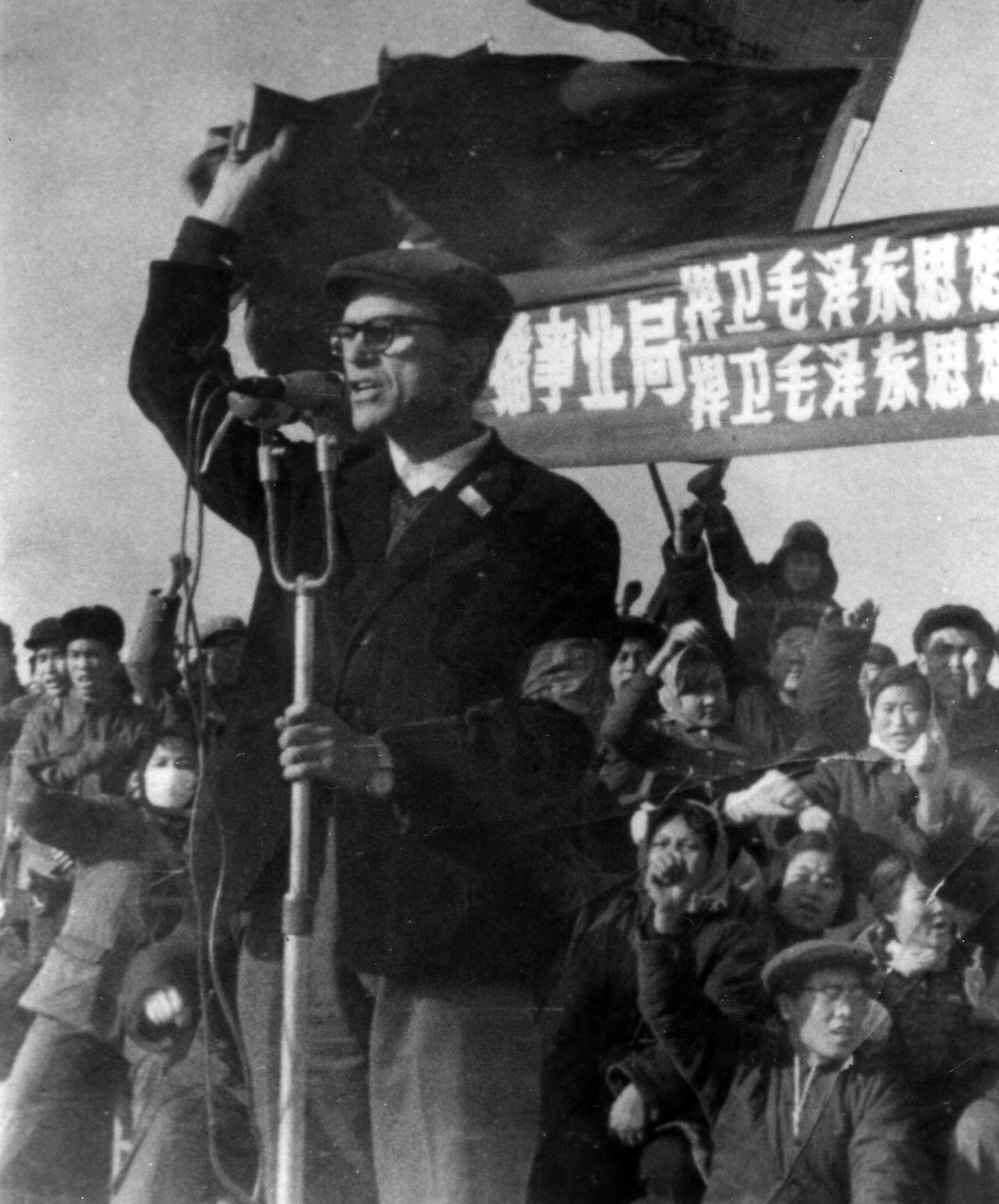 Rittenberg saw Chinese history unfold, from the founding of the People's Republic of China to the Great Leap Forward, great famines and the Cultural Revolution.

Now an adviser for American corporations that want to do business in China, Rittenberg is the subject of a new documentary, The Revolutionary. He told Weekend Edition host Scott Simon why he refers to Chairman Mao as both a hero and criminal.

"He pulled the nation together and started China on a path of industrial development," Rittenberg says. "[He was a] criminal because after coming into power he felt that he had the right to launch these social experiments that messed up the lives of hundreds of millions of people."

Watch Clips From 'The Revolutionary'

For Love Of Another Country

Shortly after joining the Chinese Communist Party, Rittenberg was accused of being a foreign spy and put in solitary confinement for six years. He wasn't a spy, he says, and in fact was a sympathizer and participant in the party. That didn't matter to the ruling regime.

"Under that sort of system, there is nobody that is ever really safe," he says. "They don't have the understanding that if each person is not secured under the law, that nobody is really secure."

After his release, Rittenberg remained in China and began working as a journalist and translator for the Chinese government's English radio service. He ended up marrying a Chinese woman and started a family.

In 1968, he was put in solitary confinement again for almost 10 years, and his wife was sent to a labor camp.

"[She] suffered terribly in an atmosphere of ... anti-foreign sentiment and action," he says. "She held her head high and kept saying 'My husband is ... a good man [and] you're wrong.' "

After spending 35 years of his life in China — 16 of those in prison — Rittenberg moved to the U.S. in 1980. He and his wife now run a consulting firm that provides assistance to businesses that work with Chinese companies, but still return to China once a year.

Change In China May Be Slow

Despite China's massive growth over the past few decades, Rittenberg says, the future of the nation is still unclear.

"Everyone seems to agree ... that now there must be further reforms, particularly political reforms [but] also an economic reform," he says. He says China's economy needs to change from one driven largely by exports to one that is targeted at the domestic market.

China's top leadership is likely to change soon; a Communist Party congress is slated to convene in early November. How much of an impact China's new leaders will have, Rittenberg says, will partially depend on loosening controls on the press and protecting whistle-blowers from retaliation.

"My own guess is that there will be some incremental progress on these issues," he says, "but I think it will be quite a long time before there is more substantial progress and change."

The audio version of this story incorrectly identifies Sidney Rittenberg as the only American citizen to join the Chinese Communist Party. In fact, there have been others.