Accessibility links
The Undecided Voter: Just Like The Unicorn? Not knowing whom you're voting for may just mean you haven't had time to think about it yet. Regardless, one political scientist says, the power of the undecided voter might be a myth, too. 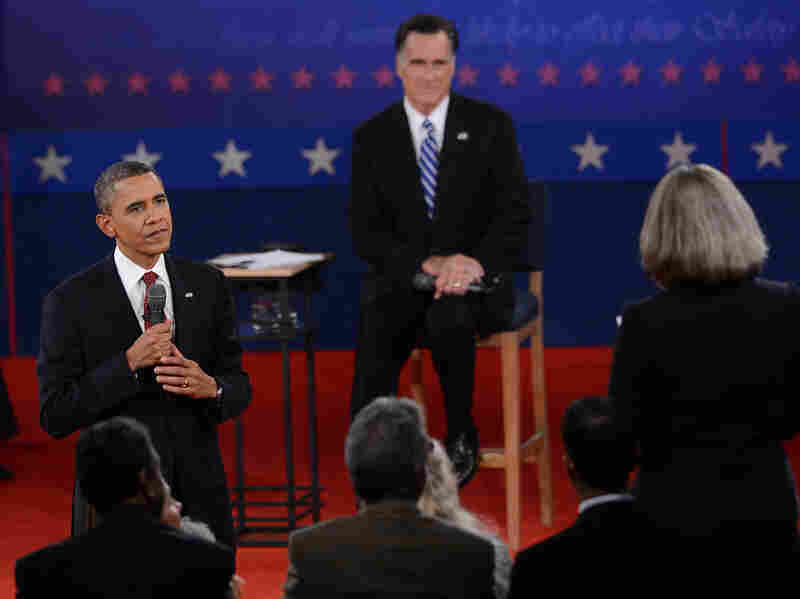 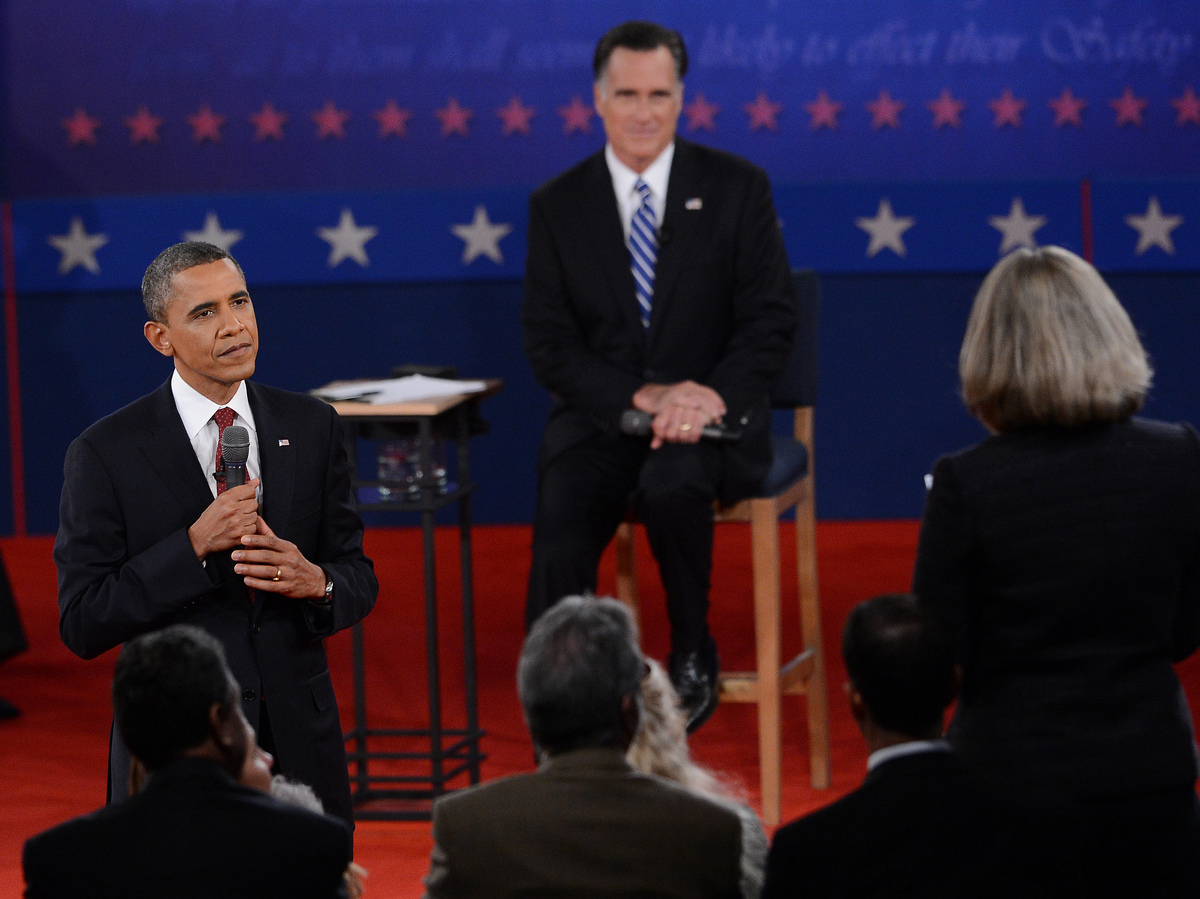 Palm Beach Post columnist Frank Cerabino heard something strange on the radio last Tuesday. A local sports show host, Marc Hochman of The Ticket, said that while he might tune in to the Yankees vs. Tigers game that night instead of the presidential debate, he would definitely watch the third and final debate.

"That will really decide my vote at this point because I'm one of those undecided voters," Hochman said.

Undecided? Really? Cerabino was skeptical. He'd been thinking lately that undecided voters are kind of a myth; that there's no way anyone could still be undecided this close to the election, particularly in Florida, where there has been such relentless campaigning.

Lynn Vavreck, a political scientist from UCLA, has tracked a group of 44,000 self-described undecided voters all year, measuring who remains undecided in the presidential election. She says these kinds of voters are just less than 4 percent of the electorate, and that there have been many misconceptions surrounding this group and their power to tip the election.

This week, Vavreck received the same email from many friends: a clip from Saturday Night Live poking fun at the idea of undecided voters.

"Before you get our vote, you're going to have to answer some questions. Questions like: When is the election? How soon do you have to decide? What are the names of the two people running? And be specific," the "undecided voters" ask.

"The premise is wrong," Vavreck tells Guy Raz, host of weekends on All Things Considered. "It isn't that they're looking at Mitt Romney and looking at Barack Obama and weighing them. They're not looking yet."

She gives the example of a working single mother, balancing her job and home duties. For her, 20 days until the election is an eternity.

"So we rush a little bit to judgment when we say, 'Ugh, these people are idiots.' Well, they're not. They're busy people for whom politics is not the No. 1 concern in their lives," Vavreck says.

Meanwhile, politicians and media alike have focused on this group as having the power to swing the election. Vavreck says that's not quite accurate.

"First, I think we should stipulate that the reason they get so much attention from the media is because they are the only thing left that's moving," she says. "Nothing is more boring to a reporter than the same thing happening today that happened yesterday.

"I think it's a little unfair to say that the election is turning on their decision."

Just because they're making up their minds last, doesn't mean their votes are the most important, she says.

Vavreck has checked in with this demographic once a week since Jan. 1. She says those who still consider themselves undecided are split evenly among Democrats, Republicans and independents. About 7 percent have changed their minds (from Obama to Romney or from Romney to Obama).

Since July, undecided voters have been "as a whole breaking for Obama," Vavreck says.

In key swing states — Virginia, Florida, Ohio, Iowa, New Mexico and Colorado — the number of undecided voters comes out to about 900,000 people.

As former Clinton White House adviser Paul Begala called it, "The American president will be selected by fewer than half the number of people who paid to get into a Houston Astros home game last year."

As for Cerabino in Florida, he called up Hochman, the radio host, to confront him about his "undecided" comment. Hochman shared a secret: He's really a Democrat. He just didn't find it worth it to take a side on air, given how divided the country is politically.

This admission made Cerabino feel reassured about his belief that undecided voters don't actually exist.

He says that deep down those "undecided' voters asking the questions during Tuesday's town hall-style debate actually have a preference.

"I think [undecided voters] may be just like the unicorn or something," he says, "this character we like to imagine exists because it makes us feel good."