Accessibility links
McGovern Legacy Offers More Than A Lost Presidency Former Sen. George McGovern died Sunday morning. He was best known as the Democratic Party's ill-fated nominee against President Nixon in 1972, a textbook case of how not to run for the White House. Even so, as a proud liberal, McGovern was an inspiration to many political figures. He was 90. 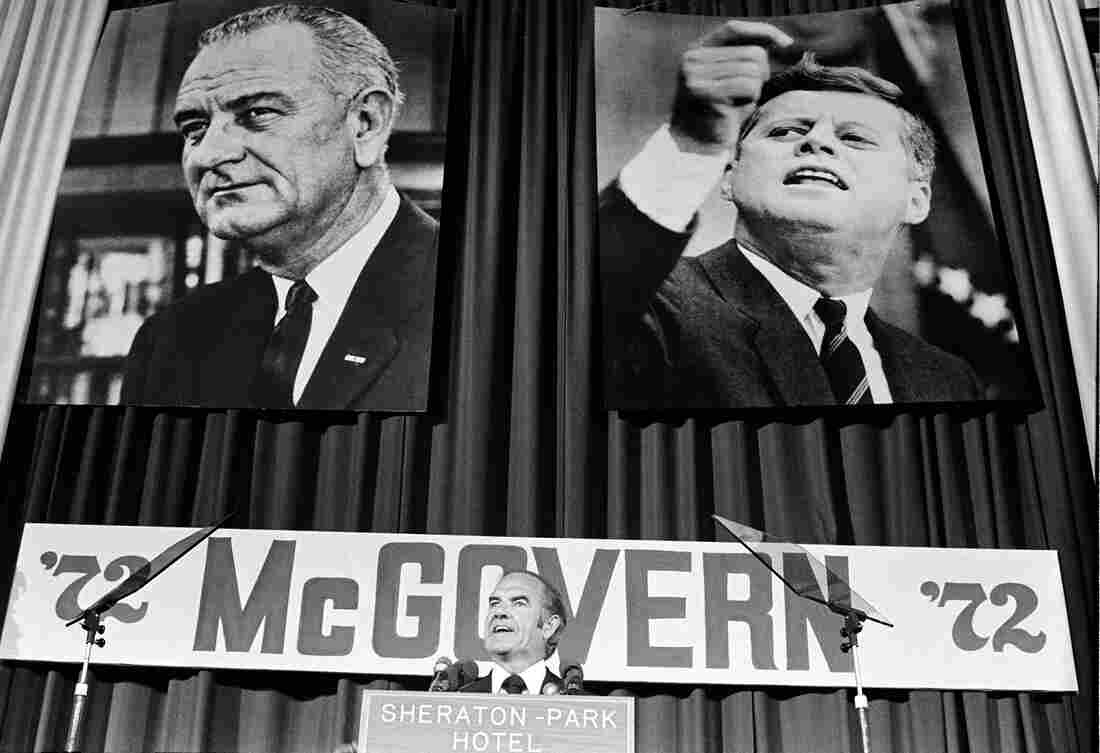 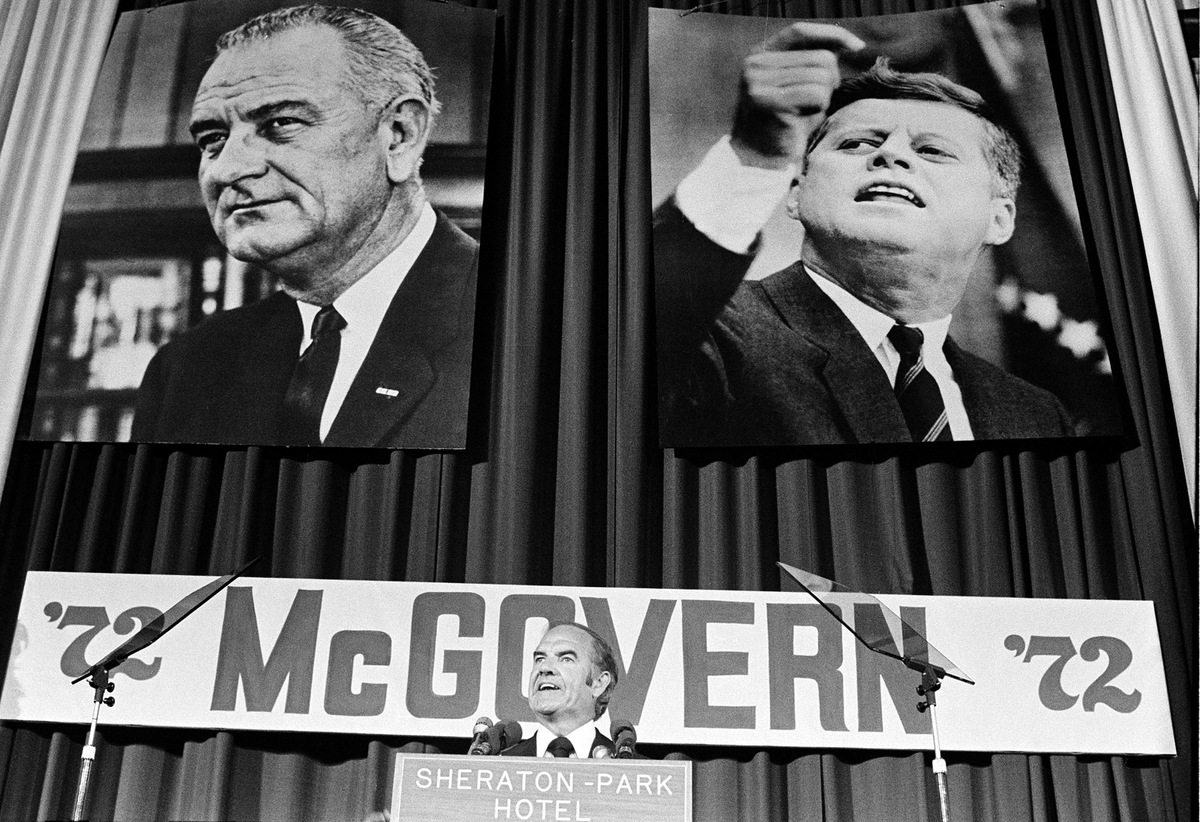 Former Sen. George McGovern died early Sunday in his hometown of Sioux Falls, S.D. He was 90 years old, and had been in failing health. McGovern served two terms in the House and three in the Senate, but was best known as the Democratic Party's ill-fated nominee against President Nixon in the election of 1972.

McGovern was born in the tiny farm community of Avon, S.D., the son of a Wesleyan Methodist church pastor. He grew up poor, witnessing the Great Depression and the Dust Bowl first-hand.

That experience would have a profound effect on him and on his long career in Congress, but McGovern's very first call to service came as it did for so many of his generation — with the attack on Pearl Harbor. Many years later, he spoke on C-Span about what it was like to do that at age 19.

McGovern flew the B-24 — a workhorse known as the Liberator. In nearly three dozen missions over enemy territory, his plane took hits. He survived close calls. He was awarded the Distinguished Flying Cross. Throughout his life, the man who became an icon of the anti-war movement in the Vietnam era often reflected on his time at war — including this 2008 interview on, of all places, The Colbert Report on Comedy Central.

"I believed in that war then; I still do. Hitler was an incredible monster," he said.

McGovern married his wife, Eleanor, while on wartime leave. When peace came, he used the GI bill to finish college. After graduate school, he worked as a history professor at a small South Dakota college. But ultimately, McGovern's calling was politics. 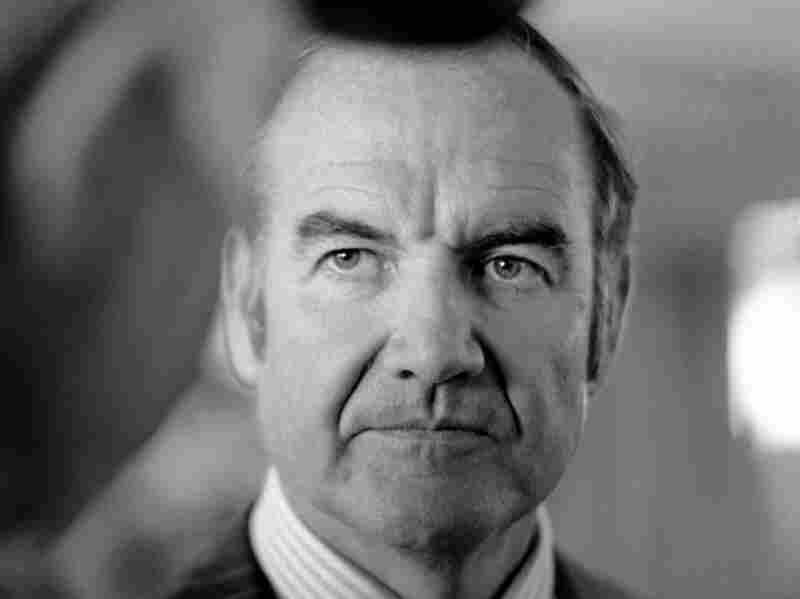 McGovern listens to a constituent in 1974. Jim Mone/AP hide caption 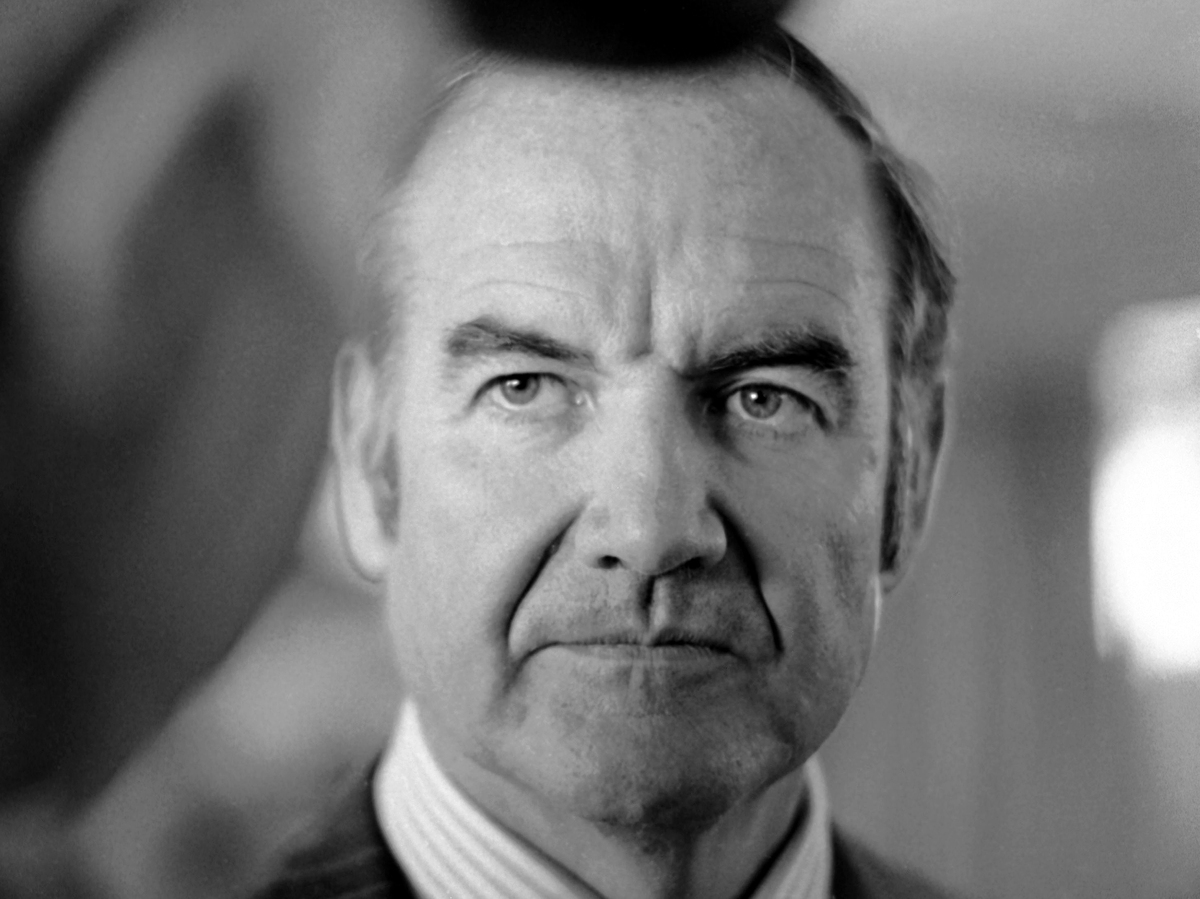 McGovern listens to a constituent in 1974.

He was inspired by President Franklin Roosevelt and Adlai Stevenson, and he won a seat in Congress in 1956. As a young member, he focused on rural issues and the interests of farmers in South Dakota. After two terms in the House, he ran for the U.S. Senate and lost, but he tried again two years later and won a Senate seat, returning to Washington in 1963.

That was the year he seized on the issue that would later propel him to national prominence: the war in Vietnam.

In 1968, McGovern worked for the presidential candidacy of a fellow senator, Robert F. Kennedy, who was assassinated two months before the Democratic Convention.

In 1972, McGovern ran for president himself, challenging the early front-runner Sen. Edmund Muskie of Maine. Muskie's campaign faltered, and McGovern emerged as the favorite of the surging anti-war movement, telling supporters, "Peace is not at hand, it is not even in sight."

Nixon had pledged to end the war as a candidate in 1968. In 1972 the war was still going — and going badly. McGovern hit the issue hard.

"There is no honor in four more years of bombing innocent children across the face of Indochina," he said.

But after winning the nomination dramatically that summer, McGovern's campaign stumbled badly, becoming a textbook case of how not to run for the White House. Even at the rambunctious convention that nominated him, McGovern was not able to make his acceptance speech until after 2 a.m.

That lost opportunity to speak to the nation was followed by a greater disaster: News broke after the convention that McGovern's running mate, Missouri Sen. Thomas Eagleton, had a medical history that included depression, exhaustion and electric shock therapy. Eagleton was forced from the ticket, but McGovern campaign — always a long-shot — never really recovered.

McGovern carried just one state, Massachusetts, and the District of Columbia.

Former Sen. Gary Hart, himself a two-time presidential candidate, was a longtime friend of McGovern and his campaign manager in 1972.

"He was a much better candidate than many in the media gave him credit for," Hart says.

"But it must be said that defeating an incumbent president — and we were still in the Vietnam War at the time — it's very, very difficult and under any circumstance and that has to be taken into account when judging his performance," he says.

The first reports of the Watergate scandal were starting to come out during the '72 campaign. McGovern ran TV ads about corruption in the White House, yet the scandal didn't take hold until after Nixon was inaugurated. It would bring Nixon's term to an end in less than 19 months.

McGovern often talked about how he never fully got over that year.

"I'll go to my grave believing America would be better off had I been elected in '72 rather than the re-election of President Nixon," he said.

McGovern returned to the Senate, where he would serve eight more years before losing a bid for a fourth term amid the Ronald Reagan landslide of 1980.

In 1984 McGovern again sought the presidency, though his underfunded candidacy was more about raising issues than winning delegates. He retired, but didn't disappear.

He maintained a full schedule. Always proud of his liberal politics and eager to argue for progressive policies, he went back to teaching. He also spoke out about personal issues, including a daughter who struggled with alcohol and died at the age of 45. He talked about Terry McGovern on NPR's Fresh Air in 1996.

"If I could just pass along a word of advice to other people who have this dilemma about what to do with an alcoholic in the family," he said, "I think if you are going to follow that course of putting some distance between you and the alcoholic, you should accompany that by frequent calls, at least once a week, just to see how they're doing, to tell them you love them."

That was a side of McGovern the public didn't know, but his public career was and remains a source of inspiration to many political figures, Hart says.

"A whole generation of young activists who were motivated by the McGovern campaign and stayed active and have made tremendous contribution to the country," Hart says.

McGovern's passing is a fitting moment to recall the final words of that fateful acceptance speech in the middle of the night during a campaign 40 years ago this summer:

"So let us close on this note: May God grant each one of us the wisdom to cherish this good land and to meet the great challenge that beckons us home. And now is the time to meet that challenge. Good night, and Godspeed to you all."