Accessibility links
Will The '24-Hour City' Of Cairo Call It A Night? Cairo is the city that never sleeps. It's routine for people of all ages to go out late at night. But the Egyptian government wants to turn off the lights earlier to conserve erratic electricity supplies. Egyptians aren't happy and say it would change Cairo's character. 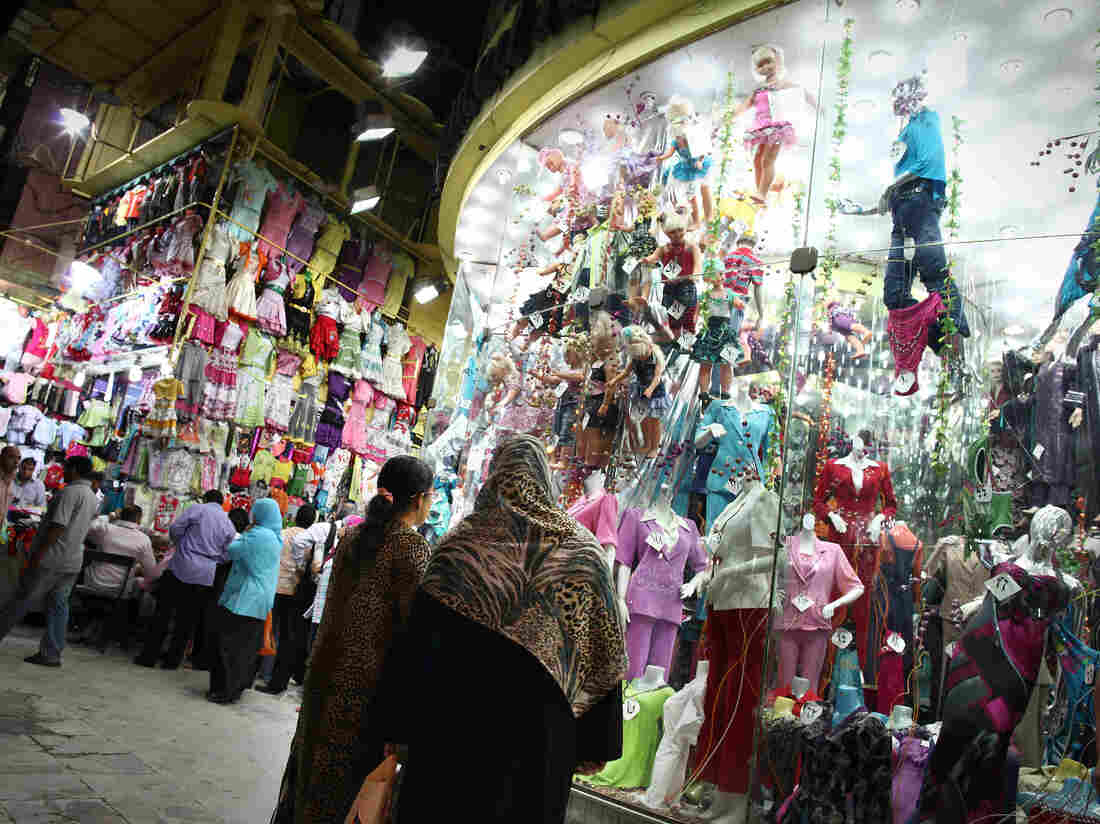 Nighttime shoppers pause to look at a display at Cairo's Ataba market in May 2011. The government says shops must close earlier in order to save scarce electricity, but many Cairo residents are complaining. Peter Macdiarmid/Getty Images hide caption 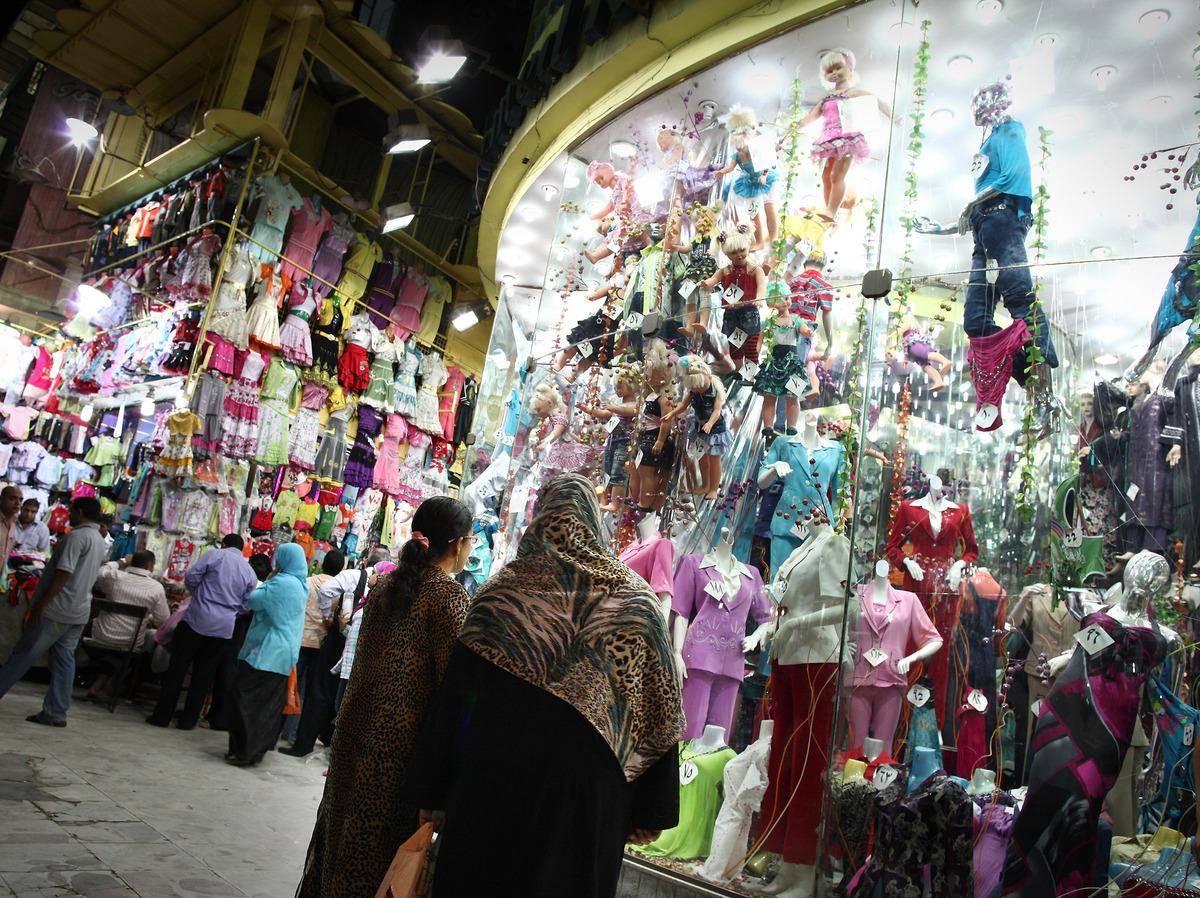 Nighttime shoppers pause to look at a display at Cairo's Ataba market in May 2011. The government says shops must close earlier in order to save scarce electricity, but many Cairo residents are complaining.

Life in the Egyptian capital is lived at night. Last year, one study rated Cairo the "most 24-hour city" in the world. New York City trailed far behind at No. 32.

But Cairenes might soon be forced to call it a night early. Electricity shortages left Egyptians dealing with rolling blackouts throughout the blistering summer and now the government plans to force shops to shut down at 10 p.m. and restaurants at midnight to save energy.

At 10:30 p.m., Om Radwan is picking out a puffy winter jacket for her daughter. She holds her child's hand as she haggles with the shop owner. Other women shop nearby as merchants hawk their wares.

"We like the noise, the liveliness, being together," Radwan says. "If the city shuts down early the streets will be for thieves, and mothers like me will stay home."

The Ministry of Local Development plans to implement the new rules soon. But this energy-saving plan has been met with anger and defiance.

A Blow To Business

Ahmed El Wakeel, the head of the Chamber of Commerce in Cairo, told a state-run newspaper the decision will further decimate the Egyptian economy, with expected losses of $4.1 billion.

Unemployment will rise and the already faltering tourism industry will take a hit, he said. The chamber issued a statement calling the decision by the Ministry of Local Development illegal.

Local Development Minister Ahmed Zaki Abdeen explained the choice he made on a talk show this past week.

For laborers, the news is a welcome change. Some work a more than 16-hour day at shops, with no overtime payments. For them this change means rest. Abdel Nabi Ahmed works from 10 a.m. until after midnight every day.

"Human beings need a mental break," he says, sitting on a plastic chair in a crowded popular market in downtown Cairo. "We need calm."

But his co-workers laugh at the idea that the government thinks it can change Cairo. They jokingly call their boss Omar Suleiman, a reference to the man who was Egypt's long-time spy chief under the former president, Hosni Mubarak. They are sure he won't allow the shop to close down early.

"Impossible," says salesman Yahia Ahmed. "No one will heed the calls. My boss wants to make money. He'll stop anyone from trying to shut him down."

In the upscale neighborhood of Zamalek, cafe waiters serve coffee, juice, food and different fruit-flavored tobacco in water pipes to the 24-hour clientele. The manager, Wagdy Hamdy, scoffs at the new rule.

He points to his stylish customers, smoking water pipes across the street from the Nile. Midnight had come and gone and still the outdoor tables are full.
Every night Cairo is chaotic, lively and overwhelming. If it shuts down early, most people here say it just won't be Cairo.