Accessibility links
What Happens After Jurors Get It Wrong? A judge threw out Santae Tribble's murder conviction earlier this year, after Tribble had spent decades in prison. Now, Tribble is fighting for a finding of actual legal innocence that would help him get compensation for the years he spent behind bars. Two jurors who convicted him have written to the court on his behalf. 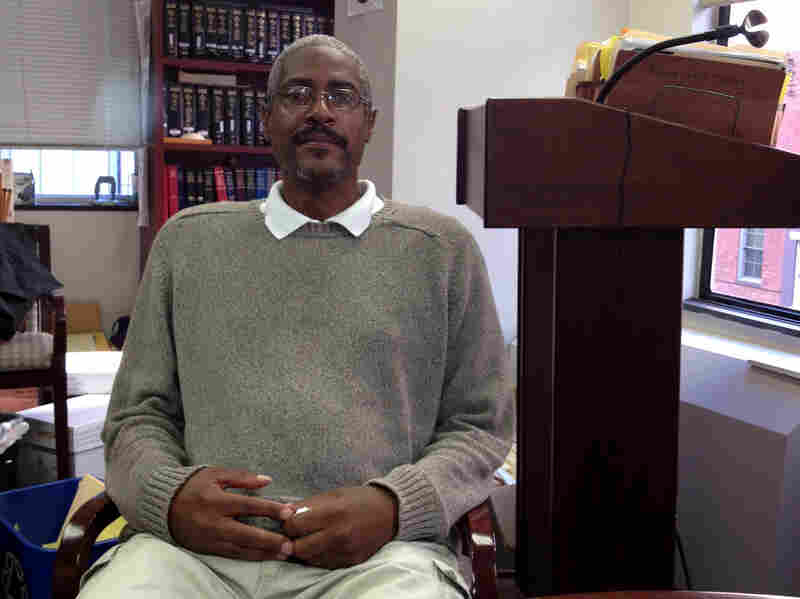 Santae Tribble is out of prison — a judge earlier this year threw out his conviction — but he's fighting for a finding of legal innocence. That would help him get compensation for the more than 25 years he spent behind bars. Carrie Johnson/NPR hide caption 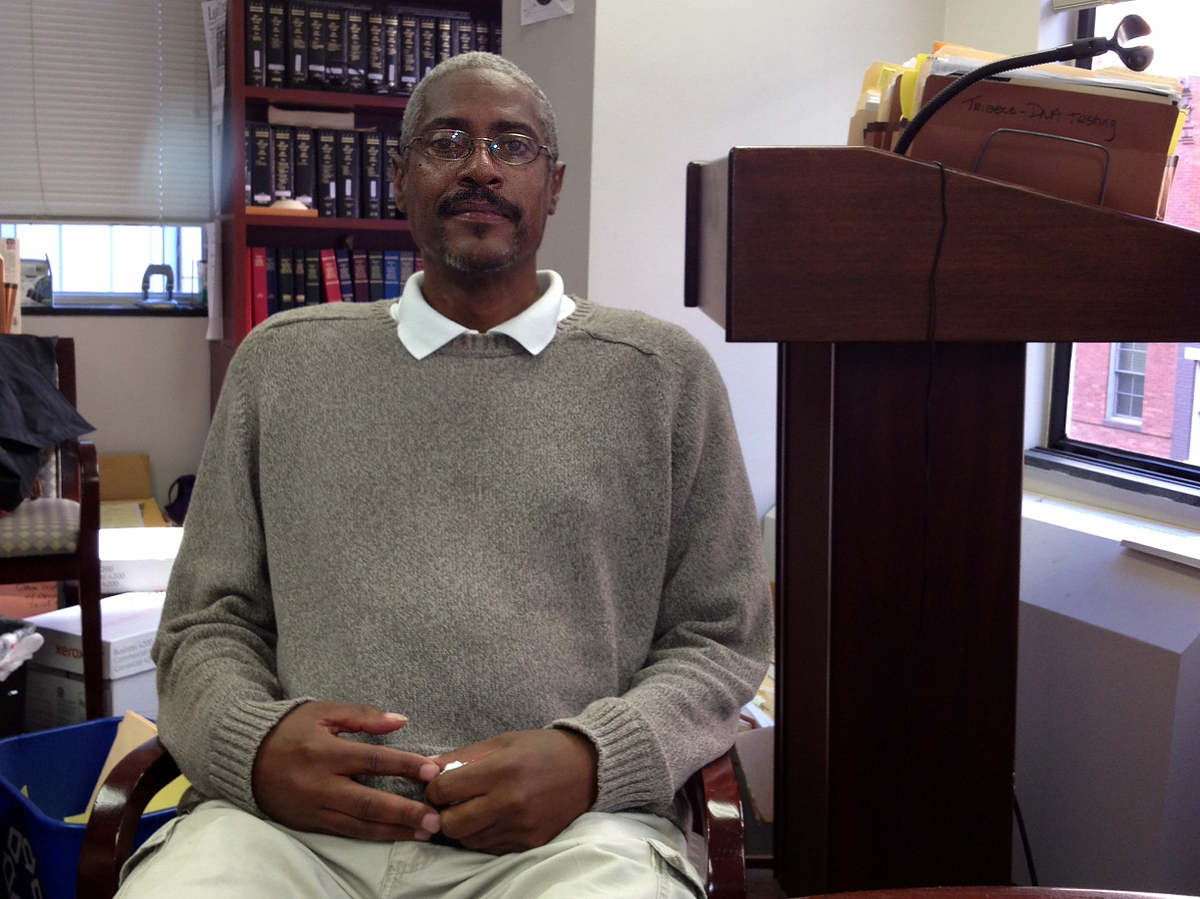 Santae Tribble is out of prison — a judge earlier this year threw out his conviction — but he's fighting for a finding of legal innocence. That would help him get compensation for the more than 25 years he spent behind bars.

About 300 people have been wrongfully convicted and exonerated in the U.S. thanks to DNA evidence. But overlooked in those stories are the accounts of jurors who unwittingly played a role in the injustice.

One of those stories is playing out in Washington, D.C., where two jurors who helped convict a teenager of murder in 1981 are now persuaded that they were wrong. They're dealing with their sense of responsibility by leading the fight to declare him legally innocent.

Santae Tribble, now 51, is already out of prison, but he's asking a judge to sign a certificate of actual innocence that would help him get compensation for more than 25 years he spent behind bars.

In January 1981, a jury took only a few hours to convict Tribble for shooting a cabbie dead in a botched robbery. There was only one witness, the cabbie's wife, who couldn't make a positive identification. The key evidence was a woman's stocking, which the murderer wore over his face. That stocking contained hair the FBI said it had matched to Tribble.

"They admitted that they didn't know with certainty, but the numbers they threw out were so steep as to make it virtually certain that it was his hair," juror Susan Dankoff said.

In fact, prosecutors told the jury in the closing argument there was only a 1 in 10 million chance it could be someone else's hair. 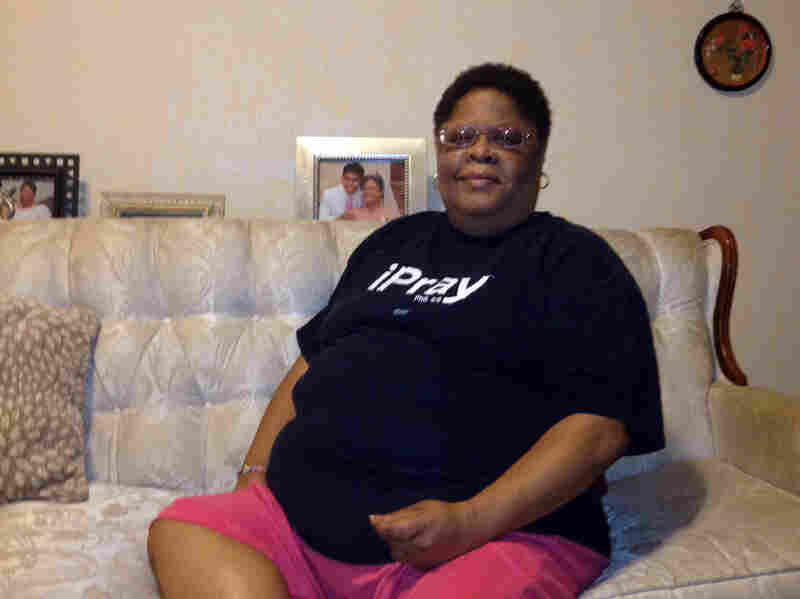 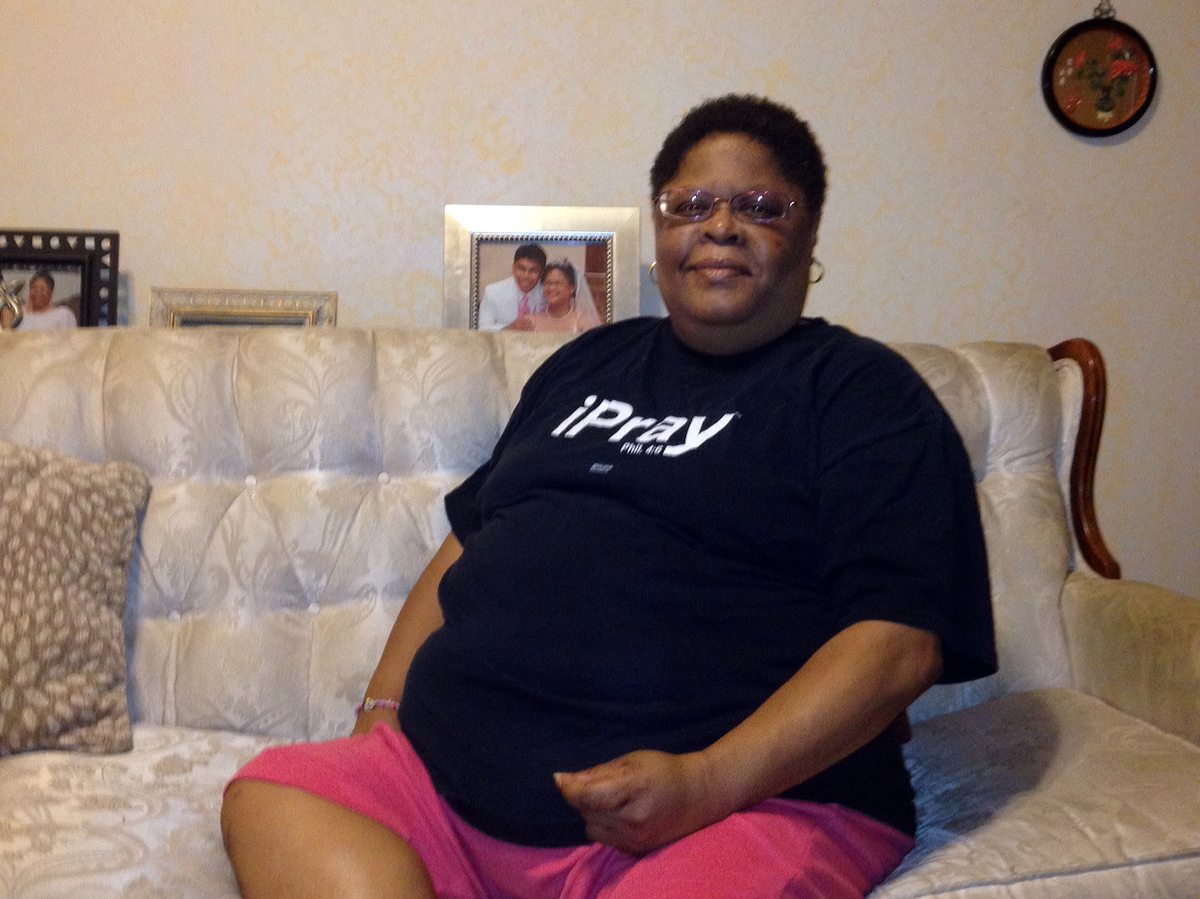 Juror Anita Woodruff is haunted by her decision to help convict Santae Tribble of murder.

But Tribble, his family members and his girlfriend all testified that he was home, sleeping at his mother's apartment in Maryland at the time of the murder.

Dankoff remembers she considered the alibi — and rejected it.

"Then you start to think, OK, maybe they're covering for him. And I think that that was really what it came down to," she said.

So the jury voted to convict — except that the hair analysis that proved so persuasive has been completely discredited. Even the Justice Department says Santae Tribble didn't do it. Dankoff said she got a call from Tribble's lawyer not too long ago letting her know.

"And that really, really left a mark," she said. "I was just devastated. I think I walked around feeling numb for a week after hearing that."

Anita Woodruff also served on that jury. She said she went home and cried after voting to convict. The case never really left her. So when Tribble's lawyer Sandra Levick, of the Public Defender Service, called to say new DNA tests on that hair did not match, Woodruff recalled, "I was like, 'Oh my God.' I said, 'He spent all that time in jail, for nothing.' "

Starting Over After Decades In Prison

Woodruff was only 20 years old at the time of the trial, close in age and experience to Tribble. She said she started thinking about how their lives diverged.

Free After 25 Years: A Tale Of Murder And Injustice

Exoneration List Shows Patterns In False Convictions May 22, 2012
The Uneasy Trust Between Exonerated Inmates And Their Attorneys Aug. 15, 2011

"You know, and I'm thinking about all the things that ... I did," Woodruff said. "I got married, you know, got a divorce, but I had kids, you get to raise your kids, and I did see them get their license and go to proms and high school graduations."

Santae Tribble had none of that.

"I did have a son that was born soon after I was incarcerated," Tribble said. "I missed his entire life growing up."

Tribble said he understands the jury and the justice system made a mistake. But now, he said, is the time to make amends.

"Like, they went the extra mile to, when the pieces didn't fit, to make them fit," Tribble said. "Now that it's clear that the pieces don't fit, make it right."

Under the law, Tribble can collect as much as $50,000 a year for each year he was wrongfully incarcerated, if a judge signs off and formally declares him innocent.

The two jurors from his trial so long ago have written to urge the court to support that idea. They say they're haunted by Tribble's circumstances. He has no job, no money and no real home. He's living with his older brother. No big dreams, but maybe a landscaping business, he says, since he spent too many years indoors.

"Well, in landscaping they call it beautification," Tribble said. "You know, to make it pretty, the flowers and arranging the grass and stuff like that."

He says he only wants a chance, another chance, at a normal life.