Accessibility links
Stephen Colbert On Music: The Fresh Air Interview Colbert loves music and loves to sing, so Fresh Air's Terry Gross asked him to bring a few songs that mean a lot to him and tell her why. 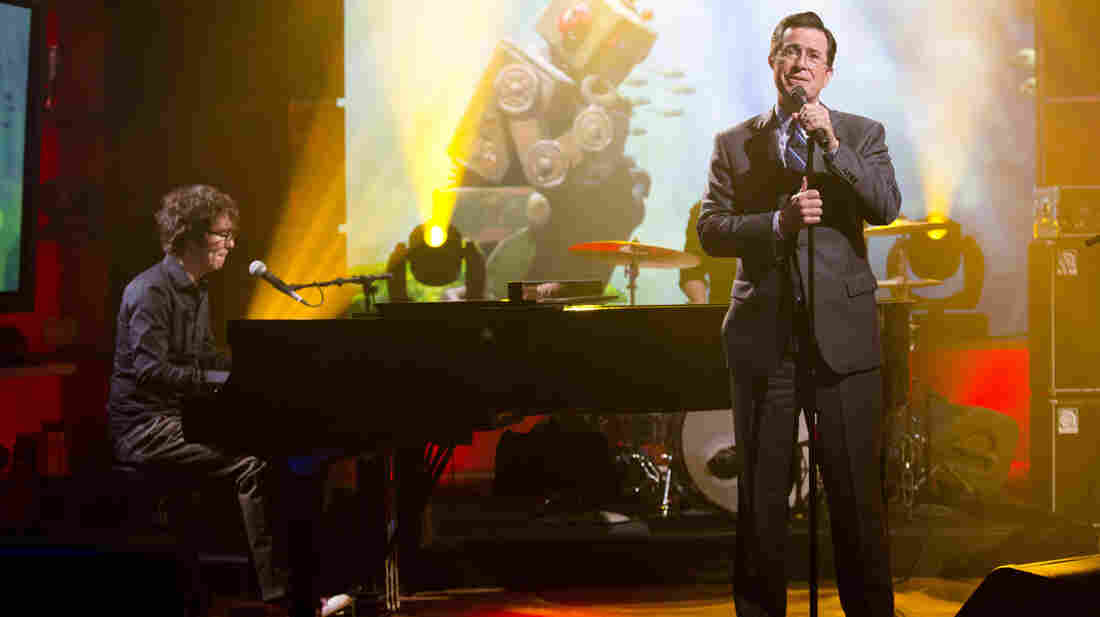 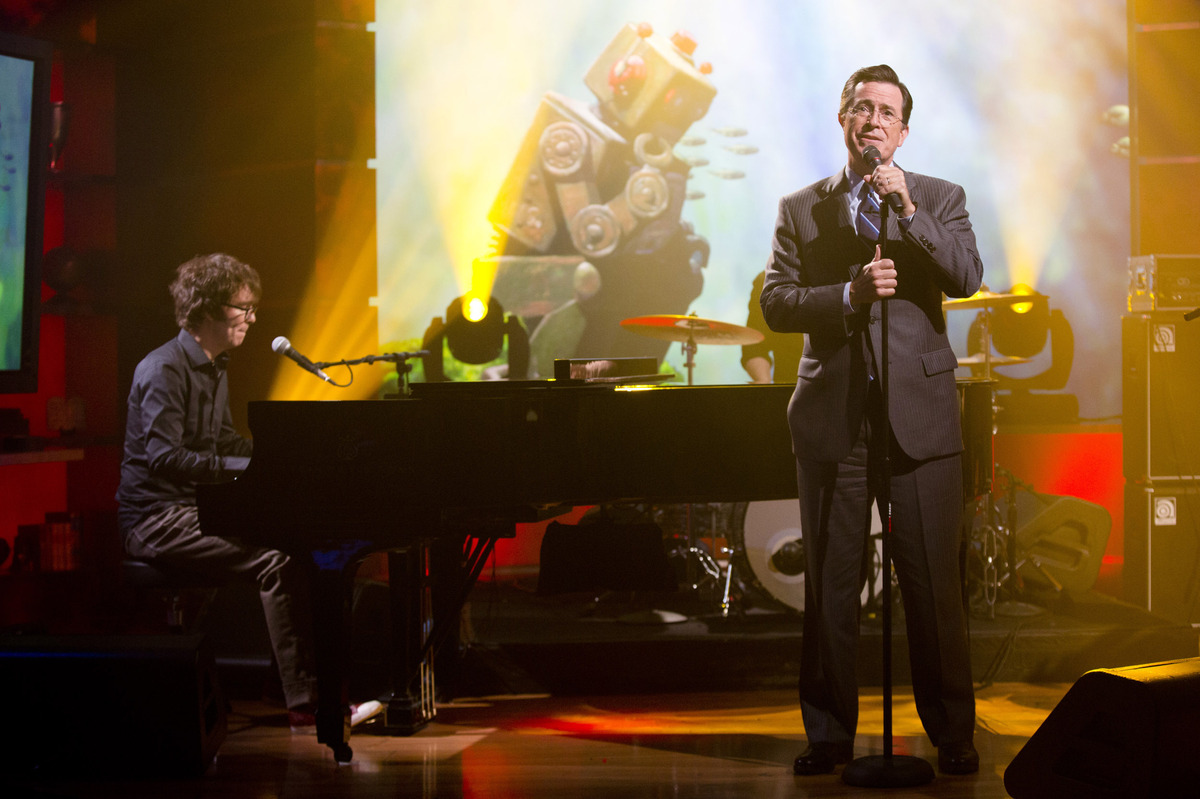 Stephen Colbert (right) performs with Ben Folds on the set of his TV show, The Colbert Report.

Stephen Colbert loves music and loves to sing. That's why Fresh Air's Terry Gross asked him to bring a few songs that mean a lot to him and tell her why. For example, as a kid, Colbert discovered his first lesson about character acting through "King Herod's Song" from Jesus Christ Superstar, even though he thought the words were scandalous at first: "Oh, so you are the Christ? You're the great Jesus Christ. Prove to me that you're no fool. Walk across my swimming pool."

"That opened my eyes as a kid — that you could actually be — well, you could be wrong in character," he tells Gross. "You could be blasphemous in character and it doesn't negate how you feel about the subject."

Colbert says he also loves the work of Elvis Costello, who he says tried to write anthemic, Bruce Springsteen-like songs when he was younger, but eventually stopped because he'd end up with wry, sardonic or character-based songs. Colbert says it's an odd parallel with his own artistic evolution and relationship to Jon Stewart, especially because Stewart's favorite artist is Springsteen.

Ben Folds Five is another of Colbert's favorite groups. "The Best Imitation of Myself" spoke directly to him as an entertainer. "When I first heard the song, just a few years ago, I just thought he had written it for me," Colbert says. After listening more, he says he realized the song is "just a beautiful expression of how we are toward each other as people — we don't think that we are sufficient for each other; that no one wants to know the real me or the whole me."

Stephen Colbert is the author of America Again: Re-becoming the Greatness We Never Weren't and I Am a Pole (And So Can You!).

"I've fallen asleep onstage in a scene literally, and I wanted to do it for years. I felt like, 'I wonder if I could get so comfortable on stage that if I was playing a sleeping person I could fall asleep onstage,' which is a dumb idea because you'd miss every cue, of course. But I did it one day. I had been traveling. We'd done shows in Chicago — this is Second City — and we'd done 10 days of shows in Vienna. And when we came back from Austria — it was the night after I came back — I had such terrible jet lag that I went out onstage. I sat down. I was supposed to be onstage when the lights came up. When the lights came up, I was sound asleep. Somebody had to come up wake me up — well, actually, the man next to me onstage had to wake me up."

On why he likes comedy more than drama