Accessibility links
Could U.S. Produce Enough Oil To Rival Saudi Arabia? An oil boom, spurred in large part by hydraulic fracturing, could boost U.S. production next year to more than 11 million barrels a day, which would nearly equal Saudi Arabia's current output, according to Energy Department projections. The spurt is expected to boost U.S. energy jobs. 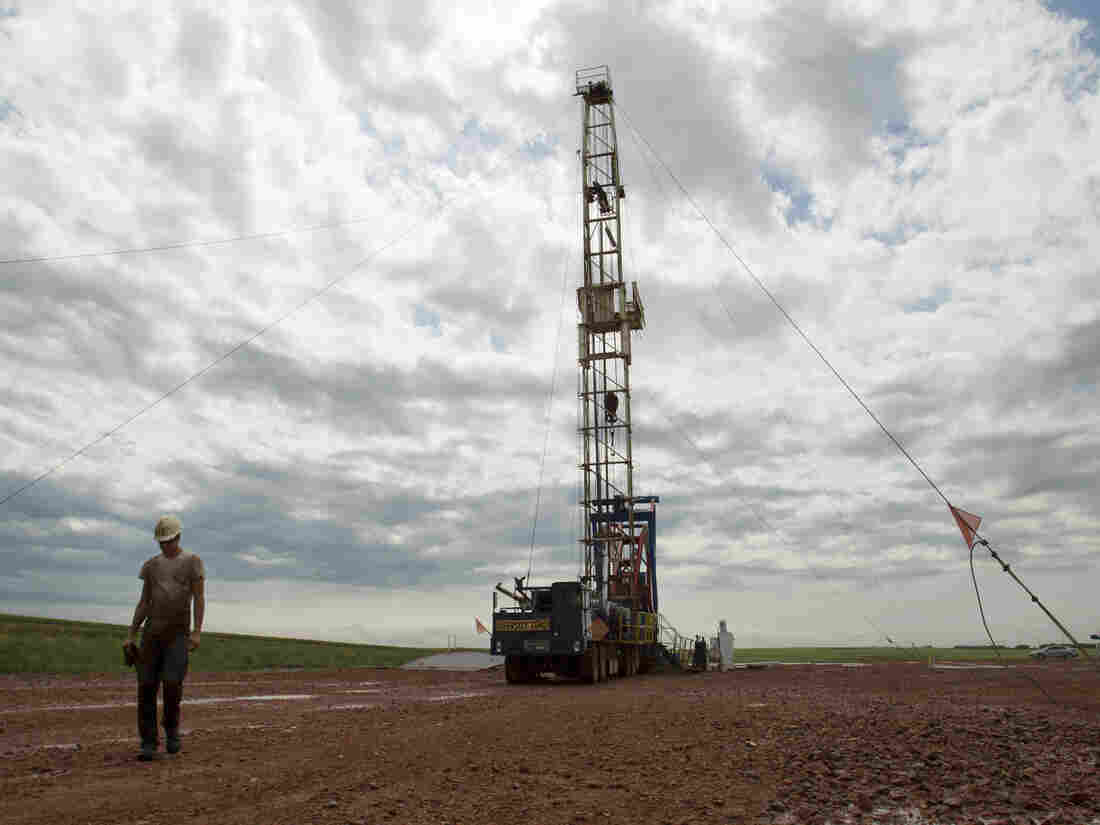 Austin Mitchell walks away from an oil derrick outside Williston, N.D., in July 2011. North Dakota is now the No. 2 producer of oil in the U.S. behind Texas. Gregory Bull/AP hide caption 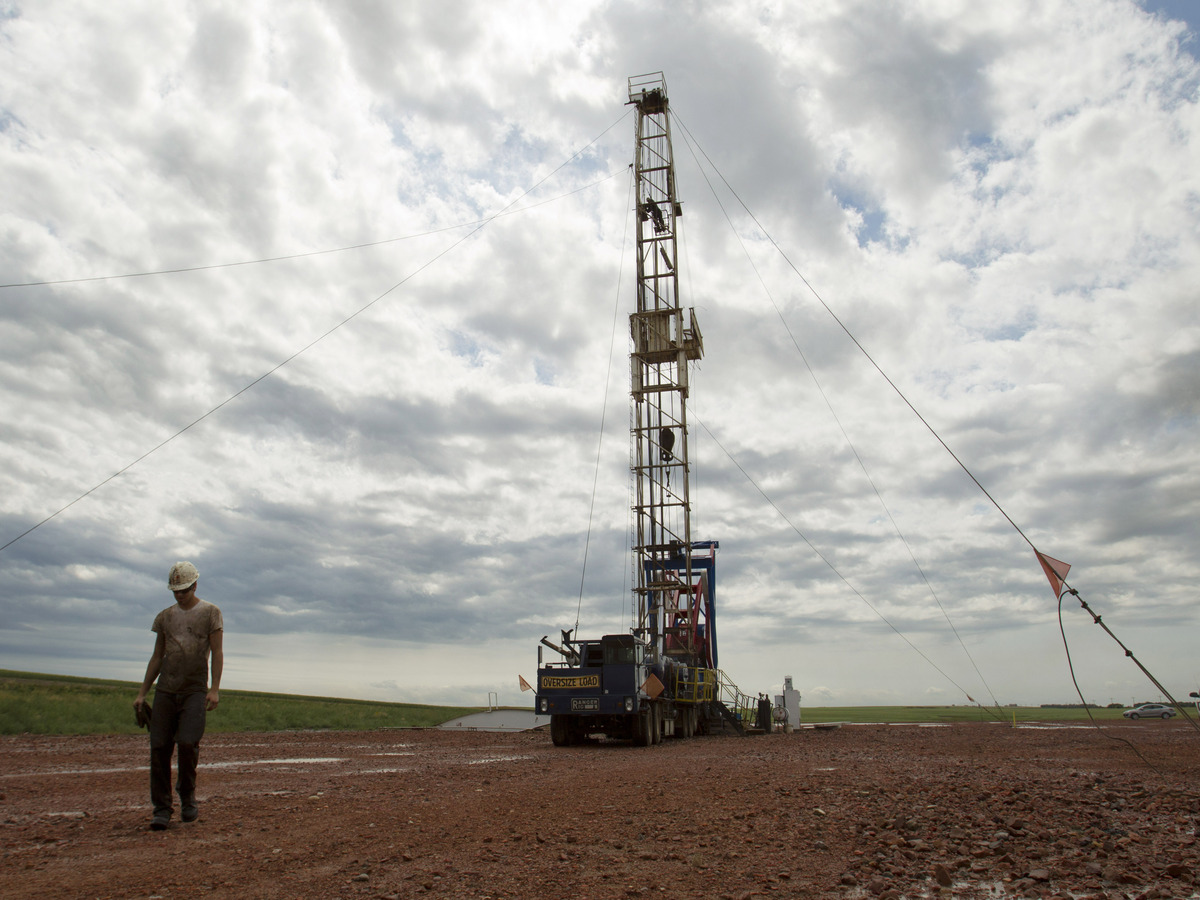 Austin Mitchell walks away from an oil derrick outside Williston, N.D., in July 2011. North Dakota is now the No. 2 producer of oil in the U.S. behind Texas.

An oil boom is under way in the United States. Since 2008 domestic oil production has increased dramatically, reversing what was a nearly three-decade decline. That has some predicting the U.S. could overtake Saudi Arabia as the world's largest petroleum producer in coming years.

In 2011 the U.S. produced 5.66 million barrels of crude oil a day, according to the Department of Energy's Energy Information Administration. By next year the agency projects that will increase 21 percent to 6.85 million barrels a day. Add in things like natural gas liquids, biofuels and processing gains at refineries and that number increases.

To Figure Out The Price Of Oil, Follow The News

Saudi Arabia could increase production from its vast reserves. But just the prospect of approaching Saudi Arabia's production pleases those in the U.S. oil industry.

"It's very exciting," says Rayola Dougher, senior economic adviser for the American Petroleum Institute. "We spend a lot on importing crude from around the world that we may not have to in years ahead."

Much of the new oil produced in the U.S. is by unconventional means — such as hydraulic fracturing, or fracking. That involves pumping huge amounts of water underground along with sand and some chemicals. The pressure breaks up shale formations and releases oil.

The research company IHS released a report this week that shows unconventional oil and natural gas production supports 1.7 million jobs. The report projects that number will increase to 3 million jobs by 2020.

"It's about blue-collar jobs. These are good jobs. The average wage for these jobs is about $35 an hour," says John Larson, IHS vice president for public sector consulting.

The new positions are in places like North Dakota, which is now the No. 2 producer of oil in the U.S. behind Texas. And the industry anticipates big expansion.

"Ohio, for example, they have great potential to be a major oil producer in the United States," Dougher says. She also points to promising shale plays in Texas, Louisiana, Alabama and Tennessee.

But new technologies can carry new risks. Some worry hydraulic fracturing may pollute groundwater. Others warn there are potential problems in exploring for oil on new frontiers.

"Oil companies want to open up areas off the northern coast of Alaska in the Arctic Ocean, where they're not prepared to address a major oil blowout or spill like we had in the Gulf of Mexico," says Daniel Weiss, director of climate strategy at the Center for American Progress.

The industry disputes that. Regulators are allowing Shell to drill exploratory wells in the Arctic with plans in place to respond to a spill.

Still, Weiss says the overall goal should be reducing oil consumption, even as the industry touts its increasing production.

A previous caption incorrectly referred to Willisburg, N.D., instead of Williston.