Accessibility links
On Record, A Husband And Wife Are 'Familiar Strangers' Kasey Chambers and Shane Nicholson are married country stars who seem to live a charmed life. Their new album, however, focuses on the struggle to maintain autonomy in a creative partnership. 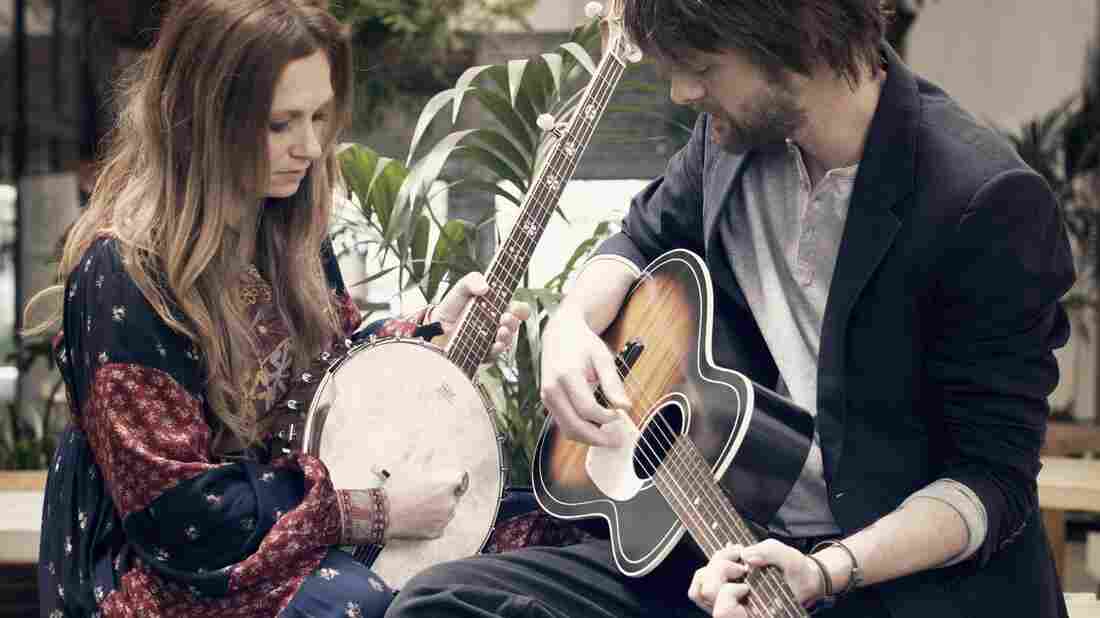 Kasey Chambers and Shane Nicholson, both country stars in their own right, recently released the collaborative album Wreck and Ruin. Helen Clemens/Courtesy of the artist hide caption

In their native Australia, Kasey Chambers and Shane Nicholson are chart-topping country stars. Young, beautiful, talented and married, they seem to live a charmed life. They travel with their baby daughter, Poet, and perform all over the world together. But their new album, Wreck & Ruin, gives fans a peek into some of their darker material.

Chambers and Nicholson write a lot about the ups and downs of intimate relationships. Both solo artists for years before they started making music together, it's as if their songs depicting romantic strife are really a reflection of their struggle to maintain autonomy within their creative partnership. They're clearly working at it in songs like "Familiar Strangers," and the extended building metaphor "Flat Nail Joe."

The simple arrangements and mostly stripped-down instrumentation of this new album by Chambers and Nicholson give it the feel of American mountain music, and form the perfect backdrop for the real magic between the two performers — the way their voices play off one another. Most couples have a way of creating their own language, their own narrative and their own unique road to travel. The rest of us can only observe from the outside, but the duo sounds glad to give us a glimpse into their private universe.