Accessibility links
Interview: Jon Lellenberg, Co-Editor Of 'Dangerous Work' In 1880, years before creating Sherlock Holmes, a young Arthur Conan Doyle went to the Arctic as the surgeon aboard a whaling ship. He recorded his adventures in journals full of notes and drawings, which have been published for the first time in a book called Dangerous Work.

On Thursday, July 29, 1880, Doyle wrote, "Came across a most extraordinary natural snow house, about 12 feet high, shaped like a beehive with a door and a fine room inside in which I sat. Traveled a considerable distance, and would have gone to the Pole, but my matches ran short and I couldn't get a smoke." Courtesy of University of Chicago Press hide caption

On June 15, 1880, Arthur Conan Doyle wrote a vivid sentence in his diary. It read, "The only difference in the weather is that the fog is thicker and the wind more utterly odious and depraved." 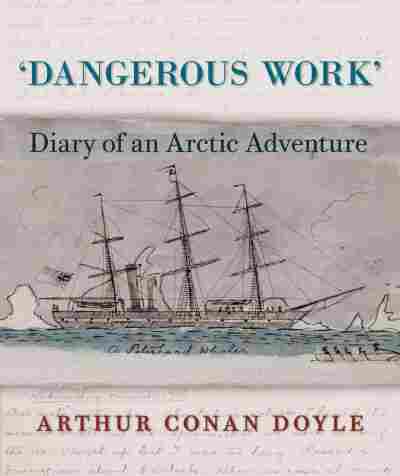 Diary of an Arctic Adventure

Knowing that he was the creator of Sherlock Holmes, you might think Doyle is referring to the thick London fog drifting outside the windows of 221B Baker Street. But this sentence was written years before the first Holmes novel and it describes a considerably harsher environment — the thick fog and depraved wind of the Arctic, where Doyle traveled when he was 20.

Doyle's journals from that voyage have now been published for the first time in a book called Dangerous Work: Diary of an Arctic Adventure. Jon Lellenberg, one of the editors of the book, joins NPR's Steve Inskeep to discuss Doyle's early influences and the story of how he ended up on an Arctic whaling ship.

On what got Doyle on the ship

"At the time, in 1880, he was a third-year medical student at Edinburgh University and one of his classmates came to him and said, 'I was supposed to go off for seven months as the ship's surgeon on an Arctic whaler, but I can't. Would you like to do it?' And being the kind of person he was, he did it."

"I think there's 70 drawings in all — black and white, pen and ink sketches. In some cases he went back later with watercolors and went over them again. ... He clearly saw that this experience was going to be a remarkable and important one for him. And he wanted to make the most of it, and to have a permanent record in both words and art."

On the dangers of the voyage

"He fell in [the Arctic water] a number of times in his inexperience, enough that the captain nicknamed him the Great Northern Diver, actually a species of seabird. But it was very dangerous to do it, and the waters were freezing cold. If you didn't get hauled out immediately, you lasted about three minutes before hypothermia set in and killed you. And, in some cases, the pieces of ice, if they came together, could basically cut a man in half." 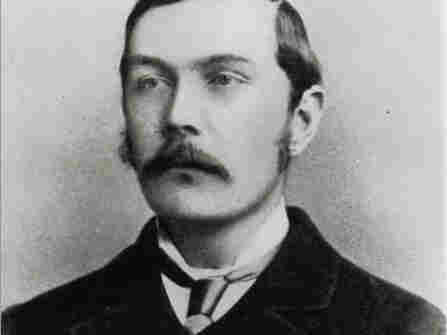 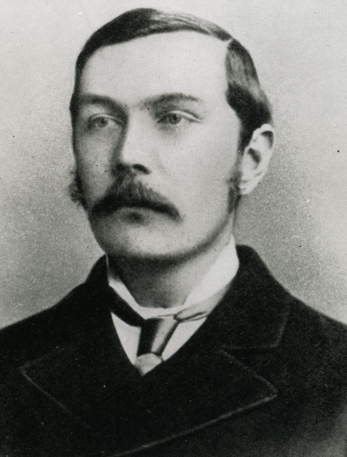 Sir Arthur Conan Doyle was a Scottish physician and writer best known for penning stories about the detective Sherlock Holmes.

Courtesy of University of Chicago Press

On how his Arctic experience influenced the concept of Sherlock Holmes

"I think one of the remarkable things about the diary is that, although he's only turning 21 in the course of this voyage, you can already see very powerful storytelling capabilities emerging in the way he describes things. One episode in particular that basically had me falling out of my chair — it's now August of 1880, they stop at Lerwick, the capital of the Shetland Islands, and he writes, 'Lighthouse keeper came off with last week's Weekly Scotsman,' which was the Edinburgh newspaper, 'by which we learned of the defeat, the almost catastrophic defeat, of a force of 3,000 British soldiers in Afghanistan at the battle of Maiwand.' And what struck me so hard about it is that, six years later, when Conan Doyle was writing the first Sherlock Holmes story — that opens with his narrator, Dr. John H. Watson, an army surgeon, being nearly killed at that battle of Maiwand. ... It's very much a physician who has had military experiences, and some very severe ones, as well." 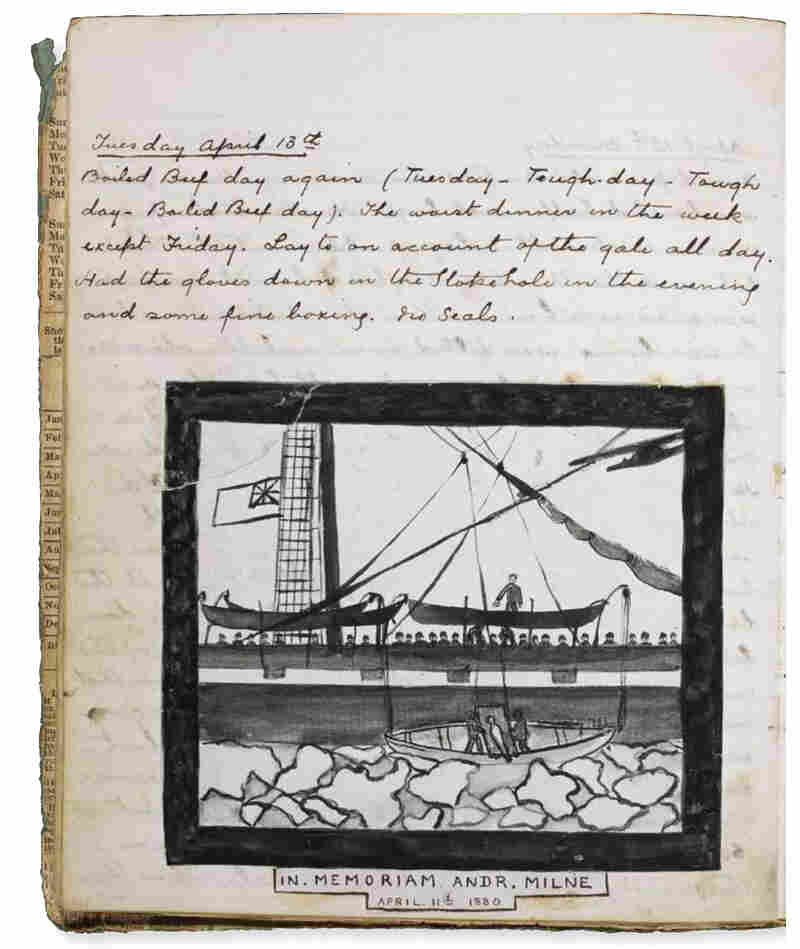 On the Sherlock Holmes story Doyle wrote about whaling

"It was 'The Adventure of Black Peter,' and it's — the murder that's being investigated is a old whaling captain from Scotland who is found in his little cabin onshore with a harpoon through his chest pinning him to the wall, 'like a butterfly to a card,' Dr. Watson says."

On the humor in Doyle's diary

"I remember there's one entry where he says, 'We had nothing to do, and we did it.' And another entry, he talks about spending the night with the crew, which is basically an evening of music, song, drinking — he says, 'gin and tobacco in the crew's berths.' And the next entry starts, 'Suffered for the gin and tobacco.' ... He's a young man reporting what he's seeing and hearing and experiencing in quite a remarkable way."

Read an excerpt of Dangerous Work