Accessibility links
Energy Independence For U.S.? Try Energy Security It would be virtually impossible for any country to be energy independent. Energy security is a more realistic goal, however. U.S. oil production is on track to surpass Saudi Arabia's, and imports are falling. Also, increased regional production could mean the U.S. buys more oil from places like Brazil and Canada and less from producers in the Middle East. 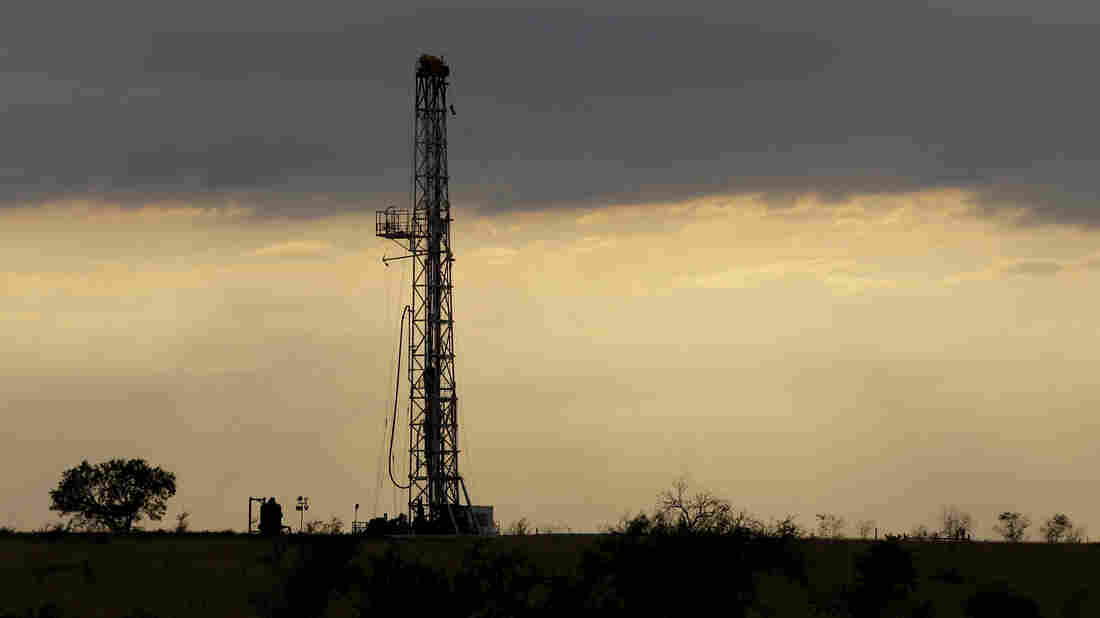 A drilling rig near Kennedy, Texas, on May 9. U.S. oil output is surging so fast that the United States could soon overtake Saudi Arabia as the world's biggest producer. Eric Gay/AP hide caption 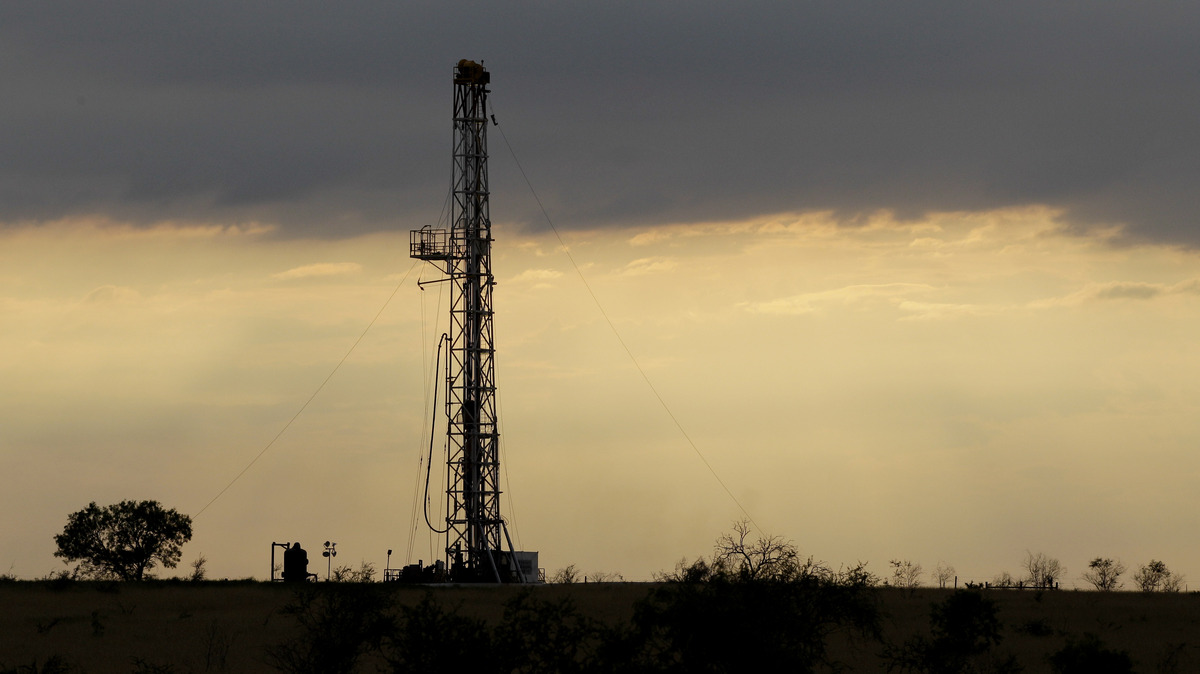 A drilling rig near Kennedy, Texas, on May 9. U.S. oil output is surging so fast that the United States could soon overtake Saudi Arabia as the world's biggest producer.

Gone from this year's presidential campaign are most mentions of climate change, environmental pollution, or green jobs. Former Gov. Mitt Romney, the GOP presidential nominee, prefers to call attention instead to the country's continuing dependence on foreign energy sources.

"I will set a national goal of North American energy independence by the year 2020," Romney declared in August.

The line is now a standard part of Romney's stump speech, and he repeated it in his first two debates with President Obama.

With that promise, Romney joins a long line of U.S. leaders who have preached the virtues of energy independence. Few, however, have explained precisely what this goal means.

In truth, it would be virtually impossible for any country to be totally independent where energy is concerned. Not only would it have to produce all its own oil; it would also have to be independent of the global economy.

Like sugar, wheat, gold and other commodities, oil is also bought and sold on a global market. All the oil produced in the world becomes part of the global oil supply; all the oil used comes out of that supply. The global oil price depends on the supply/demand relation, and the price is essentially the same for all countries.

With oil, all countries are affected when the total supply is down relative to demand; the price goes up. When the supply is boosted and there is plenty of oil for everyone, the global price goes down.

With respect to price, therefore, there is no such thing as energy independence. Even if the U.S. were producing as much oil as it was consuming, a halt in production by Iran or Saudi Arabia would still drive up the oil price in the U.S.

But there is another way to think about energy independence. If a country produces as much oil as it uses, it is less vulnerable to some foreign country shutting the tap. Jaffe, executive director of energy and sustainability at the University of California, Davis, says this is the big reason governments want to reduce their dependence on foreign oil producers.

"If someone is going to cut off your supply, because they don't like your foreign policy or they want to keep you from attacking a country, this is a dangerous thing," Jaffe says.

But is "energy independence" the proper term to describe the national goal?

"What that means," Altman says, "is, 'Let's get to the point where the amount we import from rogue or potentially rogue nations who might be hostile to us is down to a point where, if suddenly that supply was interrupted or shut off, we go right on.' "

The U.S. learned the importance of "energy security" in 1973, when Arab countries imposed an oil boycott on the United States to protest its military support for Israel in its war against Egypt and Syria. Americans were soon waiting in long lines at gas stations.

In response to the Arab oil boycott, President Nixon set a new national goal in his 1974 State of the Union speech.

"At the end of this decade, in the year 1980," Nixon proposed, "the United States will not be dependent on any other country for the energy we need to provide our jobs, to heat our homes and to keep our transportation moving."

A Glimmer Of Hope

The fact that we are still talking about this goal nearly 40 years later shows how hard it is to achieve. But there is reason now to believe that energy security may finally be within reach. Energy production in the U.S. is booming, thanks in large part to new techniques for extracting oil and gas from hard-to-reach deposits.

According to the latest estimates from the U.S. government's Energy Information Administration, U.S. production of oil and other liquid petroleum products could soon overtake production from Saudi Arabia, the world's No. 1 oil producer. Oil imports, meanwhile, are declining.

U.S. energy demand remains high, however, and it is likely to be years before the United States has an energy supply entirely its own.

Even in that case, however, the U.S. could significantly boost its energy security, because new production throughout the Western Hemisphere would leave the country less vulnerable to a shutoff from the Middle East or elsewhere.

"It doesn't mean we would never import another barrel of oil outside the Western Hemisphere," says Altman, who is now the chairman of Evercore Partners, an investment banking firm. "What it means is that most of our oil imports would come from Canada, Mexico, Brazil and so forth, and whatever happened in the Middle East would have no severe downside for our economic stability."

This is progress. It's hard to imagine how a conflict with Brazil or Mexico, much less with Canada, could jeopardize the U.S. energy supply.

Increased energy security on the supply side, however, does not mean energy independence on the economic side. A smaller share of the oil we use in the U.S. comes from foreign sources today than was the case a decade ago. But an increase in the world oil price has left U.S. consumers paying more at the gas pump and reminded them of their continued dependence on market events beyond White House control.