Accessibility links
While Spain Struggles, The Basque Region Shines The Basque region has long been infamous as home to the ETA separatist group, fighting for independence from Madrid. But with a cease-fire in place, the Basque country is now becoming known for its strong economy. 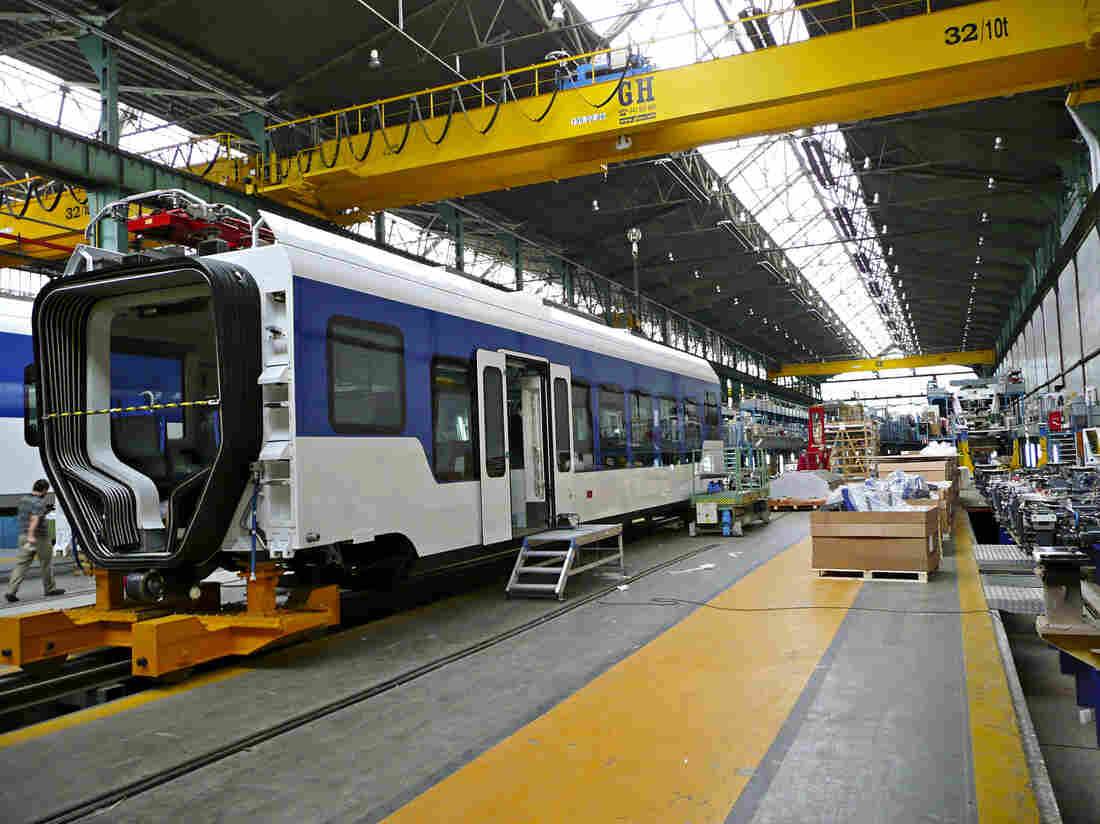 Train cars are built at the CAF factory in Beasain, Spain. One of the Basque region's most successful companies, CAF, makes trains for Amtrak, the Washington, D.C., metro system and light rails in Sacramento, Pittsburgh and Houston. Lauren Frayer for NPR hide caption 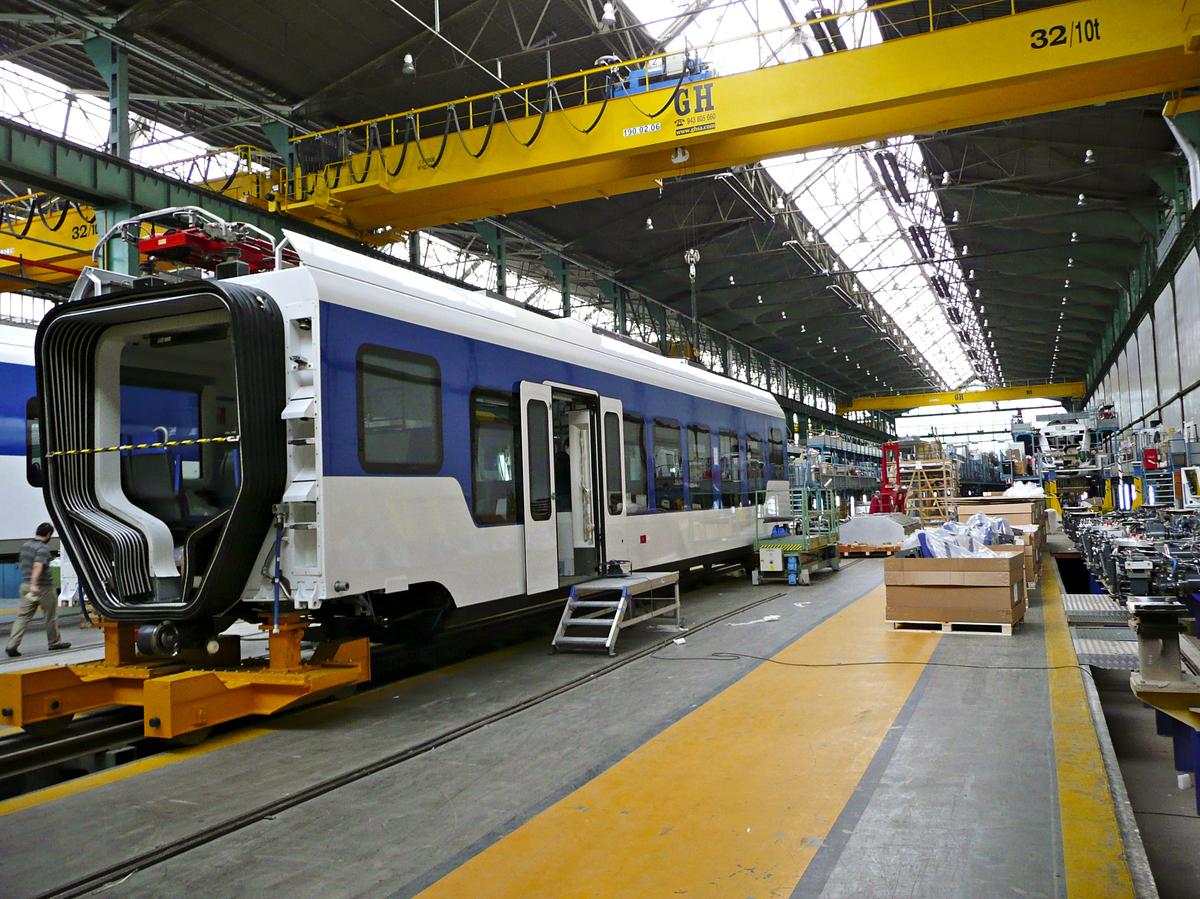 Train cars are built at the CAF factory in Beasain, Spain. One of the Basque region's most successful companies, CAF, makes trains for Amtrak, the Washington, D.C., metro system and light rails in Sacramento, Pittsburgh and Houston.

For decades, most of the news out of Basque country was horrible. Since the late 1960s, this region in northern Spain has been infamous as home to the ETA separatist group, which killed more than 800 people while fighting for Basque independence from Madrid.

But two years ago, the separatist group declared a final cease-fire and the attacks have stopped. Now the country is becoming known for something else: its booming economy. 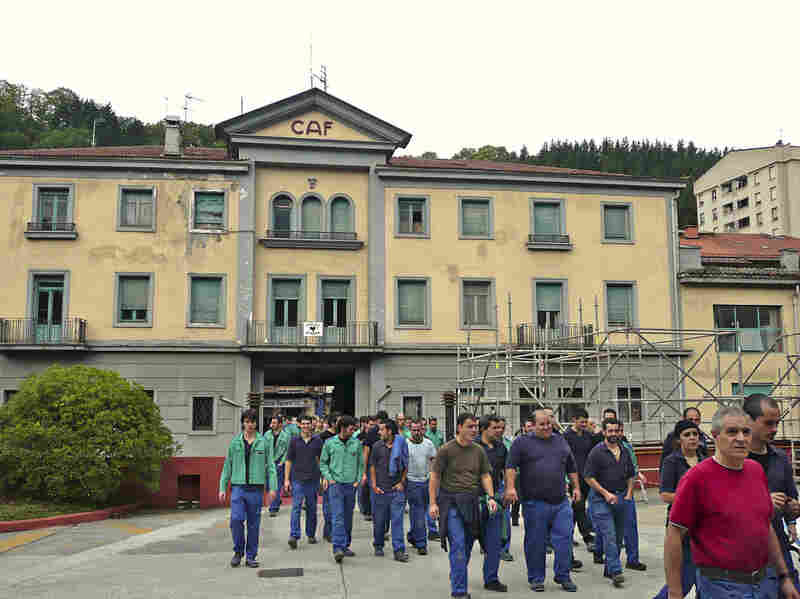 The Basque region has a long and rich industrial tradition. CAF is growing by 10 percent a year. Lauren Frayer for NPR hide caption 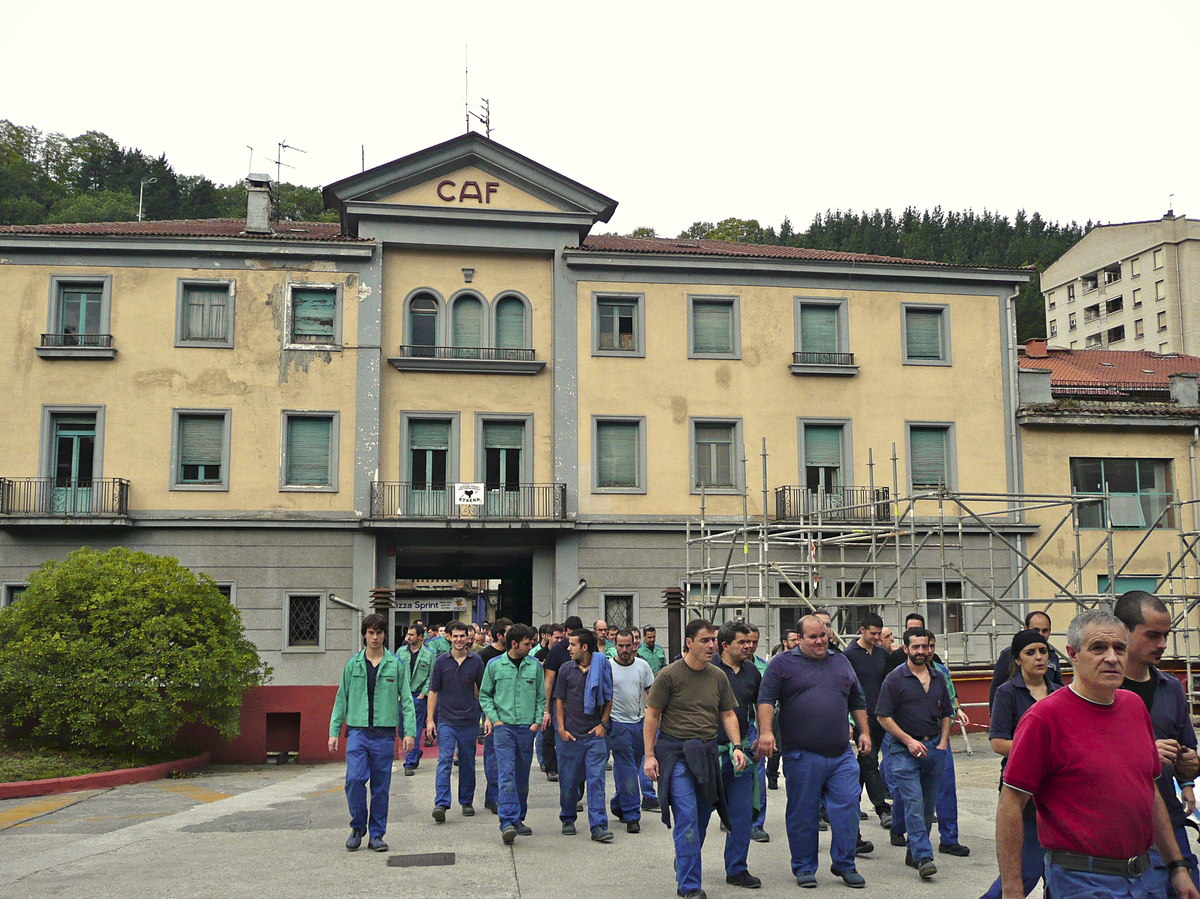 The Basque region has a long and rich industrial tradition. CAF is growing by 10 percent a year.

Machines meld molten steel into train cars at one of the region's most successful companies, CAF, which makes trains for Amtrak; the Washington D.C., metro system; and light rails in Sacramento, Pittsburgh and Houston.

While the rest of Spain's economy is forecast to shrink nearly 2 percent next year, CAF is growing by 10 percent a year. Companies like this keep the Basque unemployment rate down around 12 percent — less than half of what it is in the rest of Spain.

"We are disconnected from the Spanish economy, I would say, almost totally," says Aitor Galarza, an engineer and spokesman for CAF.

Basque country has a unique tax system with fiscal autonomy from Madrid. CAF exports 77 percent of the trains it makes. That's typical for Basque country. People here make up about 4.5 percent of Spain's population, but they contribute nearly 10 percent of Spanish exports.

Economist Fernando Fernandez at Madrid's IE Business School says the Basque region is rich in natural resources. For centuries, it was easier for Basque traders to sail north to England, rather than ride horses over the nearly 10,000-foot mountains that separate the Basque country from the Spanish capital.

"They had mines there. There was steel, and there was coal. And they were very close to England. So they were exposed to the industrial revolution much earlier than other regions of Spain — much earlier," Fernandez says.

On top of strong exports, the region also has a vocational education system more like Germany's than Spain's.

"You had a company, a factory, and nearby the factory was a school — a vocational school — to train workers. And that was from the 19th century on. And the companies had always relied on the workers they were training nearby," says Jose Luis Curbelo, who manages the Basque Institute for Competitiveness.

So in Basque country, training to become a mechanic, for example, is just as prestigious as going to university. It pays well, too. For companies like CAF, that means there's a large pool of qualified workers, says Galarza.

"All the time, you can find somebody to come into the company and to start working the next day. It doesn't happen that easily with our factories in the south of Spain," he says.

In southern Spain, vocational training was phased out in part because it was associated with the dictatorship of Francisco Franco, which ended in the 1970s. Spaniards started going to university instead. But unemployment among young grads is around 50 percent now.

The rest of Spain is also littered with empty buildings left over from the housing crash. But Basque country doesn't have any. The violence meant no one wanted to build here, Curbelo says.

"Housing was an activity to house people, rather than to speculate. So the real estate sector here was a normal activity. It was not totally overgrown like in the rest of the country," he says.

Back at the CAF railway factory, Galarza has another theory about Basque productivity: The region gets more than 200 days of rain a year.

"So when you're working at your factory, you never think of going to the beach in the afternoon or just having fun. That also moves your mind to the work you are doing," he says.

Leaving Basque country, the train home to Madrid winds through soggy valleys dotted with smokestacks and factories before emerging onto Spain's central plateau, where empty houses start appearing once again.