Accessibility links
Israel Operates Inside Sudan, Israeli Official Says For the first time, an intelligence official, who spoke on condition of anonymity, confirmed that the Israeli military operates in Sudan. The comments came just days after the government in Khartoum accused Israel of bombing an arms factory. The Israeli government has refused to comment officially. 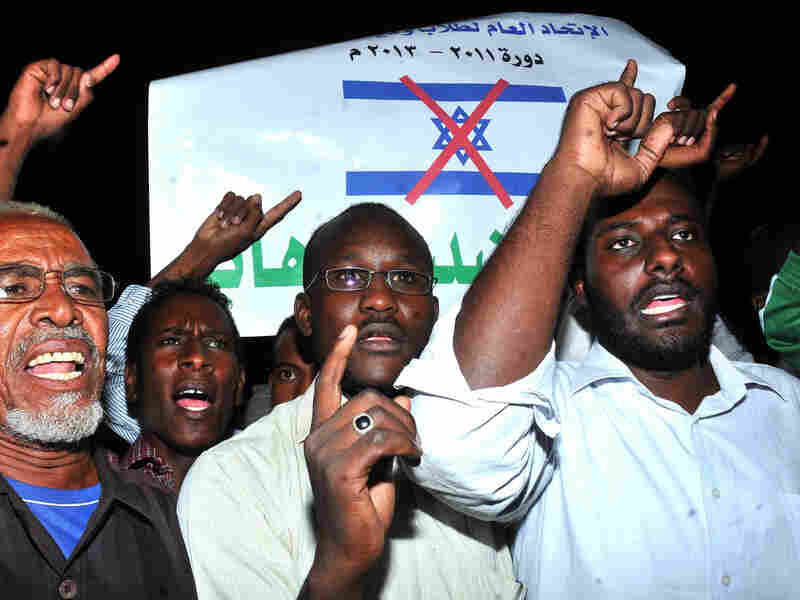 Sudanese demonstrators hold banners and chant anti-Israeli slogans during a protest in Khartoum on Wednesday, following a missile strike that hit a factory. Sudan blames Israel for the attack. Israel has not commented on the charge. AFP/Getty Images hide caption 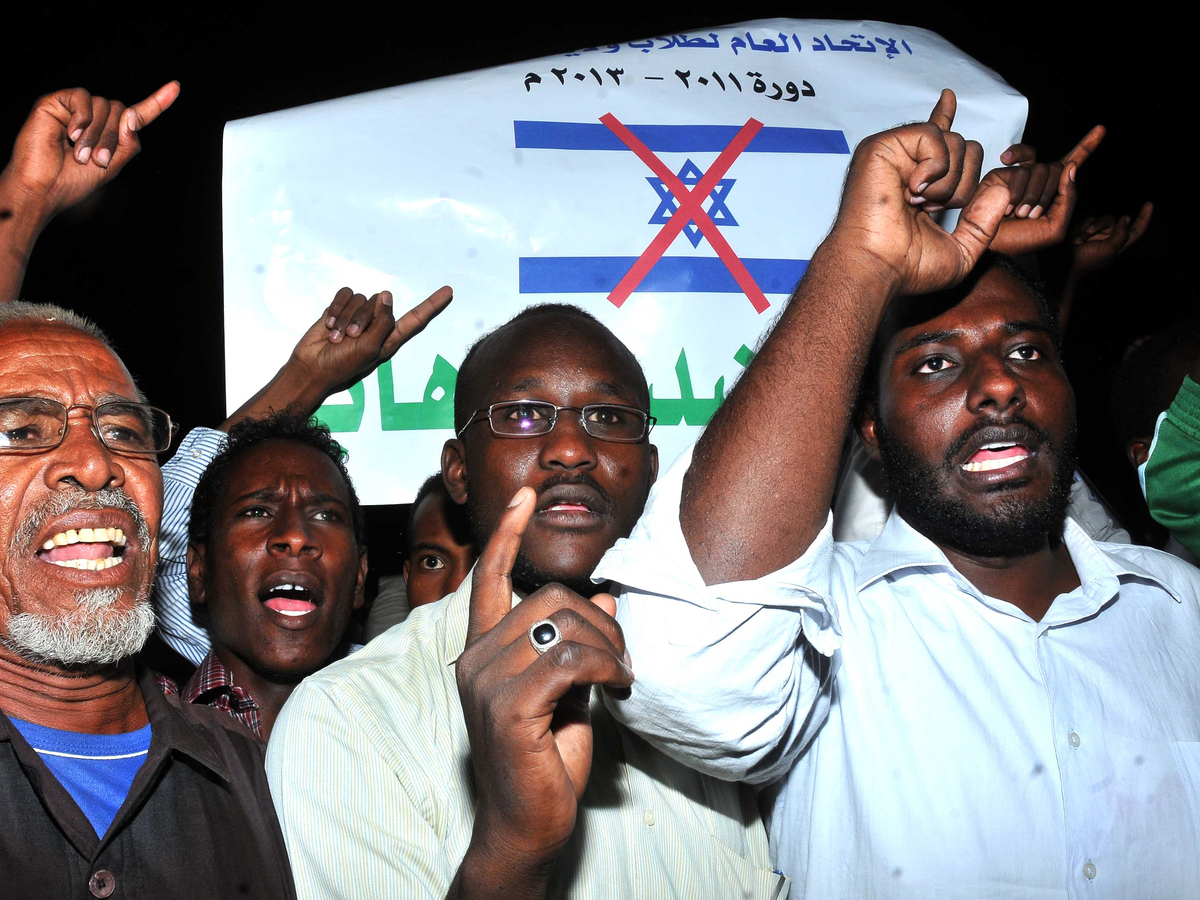 Sudanese demonstrators hold banners and chant anti-Israeli slogans during a protest in Khartoum on Wednesday, following a missile strike that hit a factory. Sudan blames Israel for the attack. Israel has not commented on the charge.

An Israeli intelligence official for the first time confirmed that the Israeli military operates in Sudan, just days after the government in Khartoum accused Israel of bombing an arms factory outside the capital.

Officially, Israel has refused to comment on the accusations leveled by the Sudanese government. Sudanese Information Minister Ahmed Belal Osman, showcasing video and eyewitness reports, said Israel sent four warplanes to strike an arms factory on the outskirts of Khartoum before dawn Wednesday, killing two people and wounding several others.

Osman said it wasn't the first Israeli attack on Sudanese territory: In 2009, an arms convoy traveling through eastern Sudan was hit in an airstrike; in 2011, a missile struck a car near the city of Port Sudan, killing two men. One of those men was a senior official and chief arms procurer for Hamas, the militant Palestinian group that controls the Gaza Strip.

Israel officials never publicly confirm nor deny their country's involvement in overseas operations. But speaking anonymously to NPR, an Israeli intelligence officer says that Israel does -– most definitely –- operate in Sudan.

He said Sudan has long been a playground for militants, adding it would be important for Israel to send the message that militants can't use Sudan as a way station for their arms and training camps.

The intelligence officer wouldn't allow NPR to quote him by name, as he was breaking military protocol by speaking about the attacks.

"It is very possible that Israel has taken defensive measures against sending weapons to terrorists," he said.

Hamas, Inbar says, has long had a base of operations in Sudan.

"Hamas is not new to Sudan," he said. "The Sudan regime has close links to radical Islamist groups."

To explain how weapons make their way from Africa to the Middle East, the intelligence officer took out a map of the region and drew a route for NPR with his finger.

The route starts on Sudan's east coast, traveling north by boat on the Red Sea to the Sinai peninsula, a notoriously lawless region where weapons smugglers operate freely outside the control of the Egyptian government. The northwesternmost tip of Sinai is where the peninsula meets the Gaza Strip. Officially, Egypt controls the border crossing with Gaza, but underneath the border, hundreds of of tunnels are used to smuggle goods -– and occasionally weapons -– to Gaza.

Like many Israeli officials, the intelligence officer refused to answer questions about international law and whether Israel routinely violates the sovereignty of a foreign state to carry out its military operations.

But he said whatever the Israeli military may or may not do is shared with Israel's friends in the West.