Accessibility links
After 30 Years Of Surgeries, Doctor And Patient Dance Marcela Gaviria has had countless surgeries for complications from a childhood cancer that nearly took her leg in 1982. Through it all, she's had one surgeon, Dr. Dempsey Springfield, and on her wedding day, they danced together. 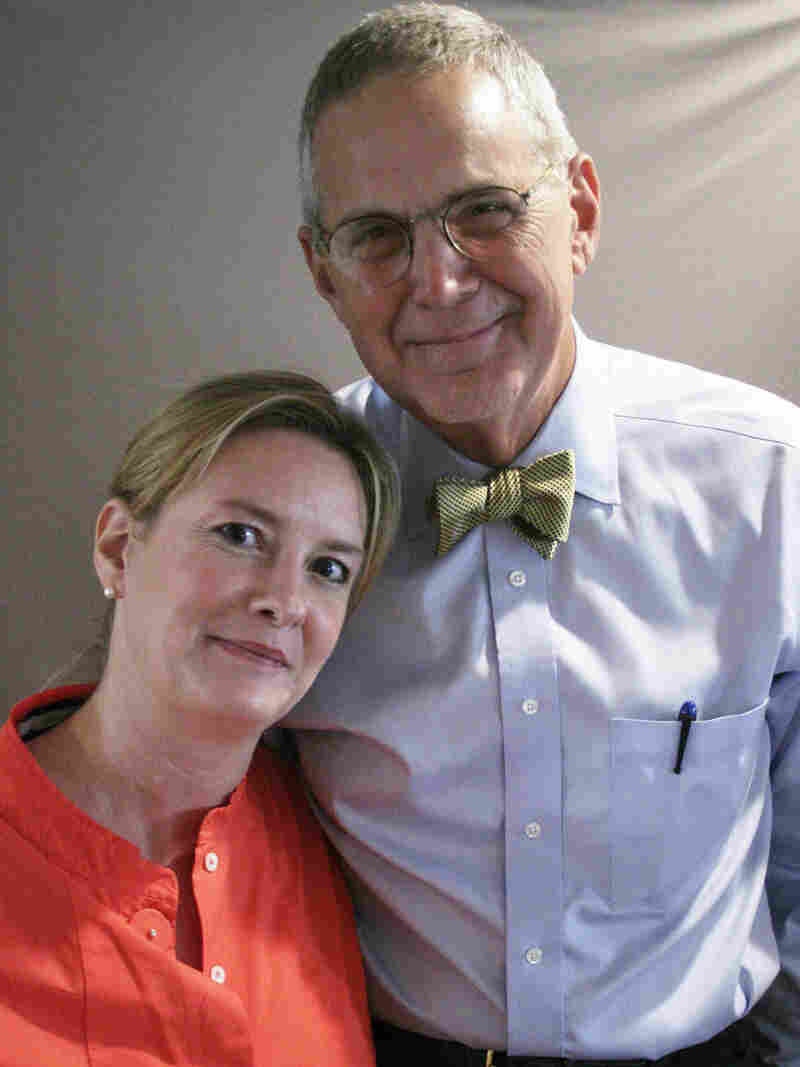 Marcela Gaviria met Dr. Dempsey Springfield when she was 12, and he performed an operation to save her leg from complications from cancer. Since then, he's performed countless operations on her. StoryCorps hide caption 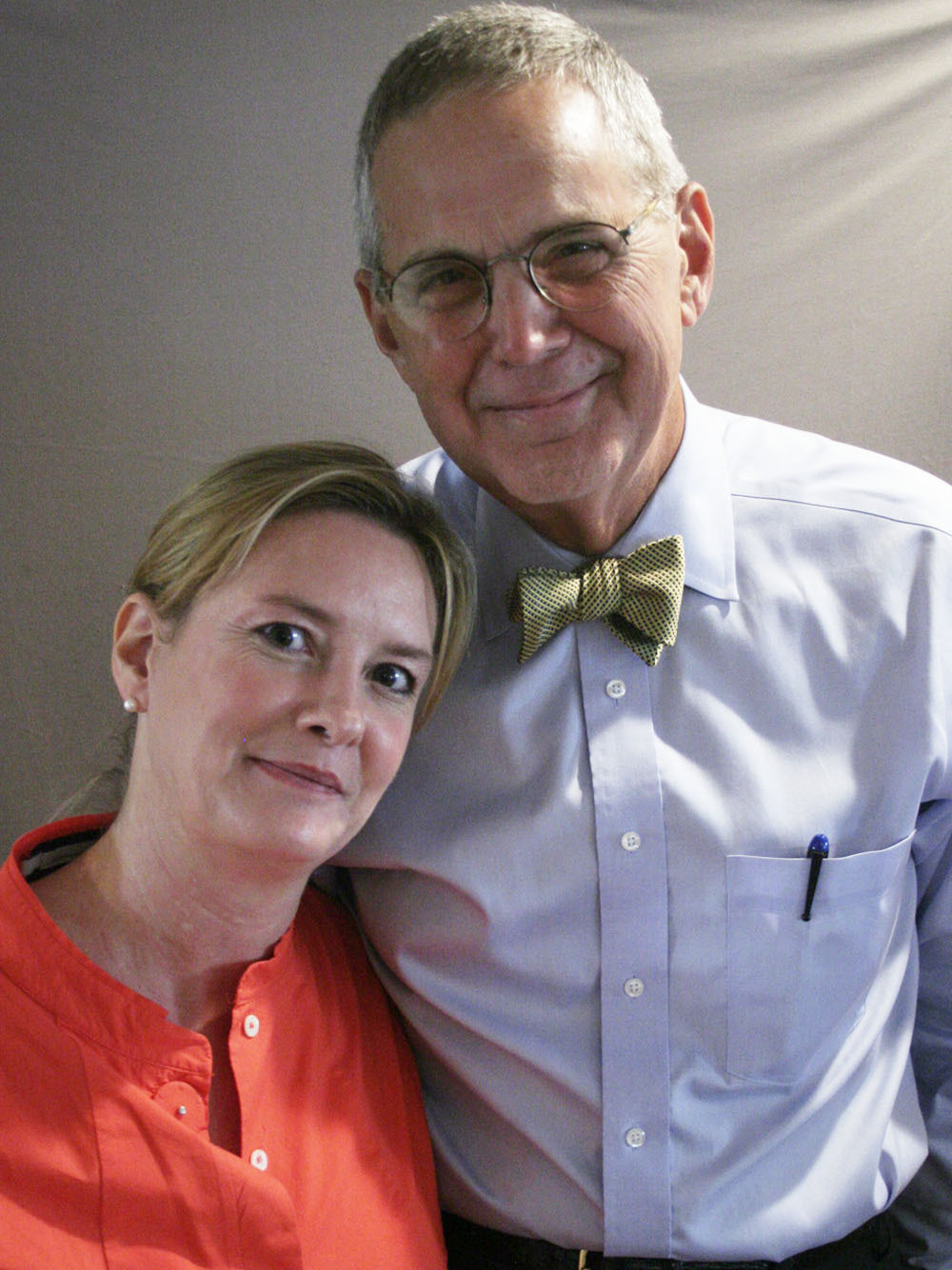 Marcela Gaviria met Dr. Dempsey Springfield when she was 12, and he performed an operation to save her leg from complications from cancer. Since then, he's performed countless operations on her.

When Marcela Gaviria was 7 years old, she was diagnosed with Ewing's sarcoma, a type of childhood bone cancer. She survived, and the cancer was cured — but it nearly took her leg.

When Gaviria was 12, she needed a bone transplant and met surgeon Dempsey Springfield, who performed the operation.

"I was pretty scared, I remember, and I think I survived a very sort of traumatic moment 'cause you were so kind," Gaviria, now 43, told Springfield at StoryCorps in Boston.

"What I remember about you were your bow ties. You just looked like such a Southern gentleman, and you'd show up every morning with such a big smile. And you were so warm and gentle, and I wanted to get better for you. I wanted your surgery to work on me."

Gaviria has spent the past 30 years dealing with damage that the cancer did to the bones in her leg and hip, and in all that time she's stuck with Springfield. Even when he has moved, she's traveled so he could keep treating her.

"I just don't trust other doctors as much," she tells him.

Neither Gaviria nor Springfield can remember how many surgeries they've been through together, but it's a lot. Gaviria says she has "shark-attack body" from all the scarring.

When she was a child, Gaviria complained to Springfield that she would never get married.

"I always wondered how difficult it would be for someone to sign up to my life," Gaviria says. 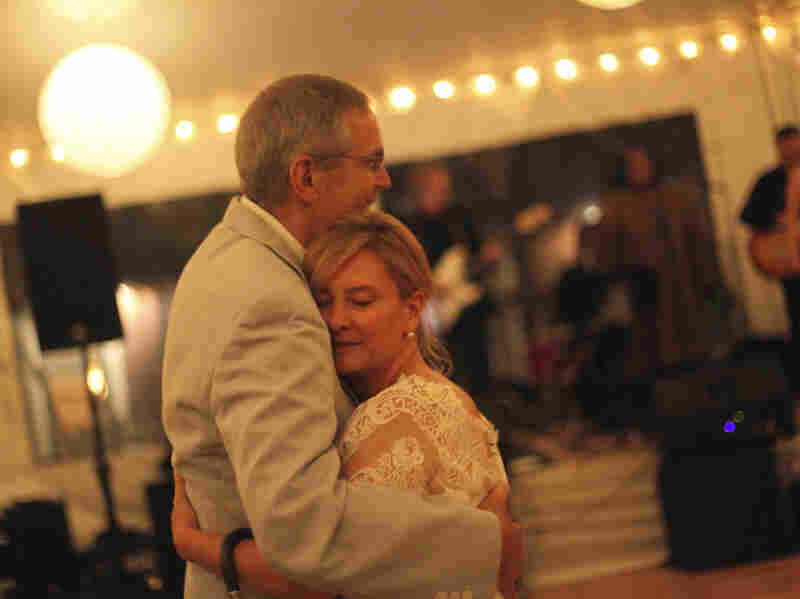 Marcela Gaviria dances with her orthopedic doctor, Dempsey Springfield, at her wedding in June 2012, some 30 years after he performed her first surgery. Courtesy of Lauren DeCicca hide caption 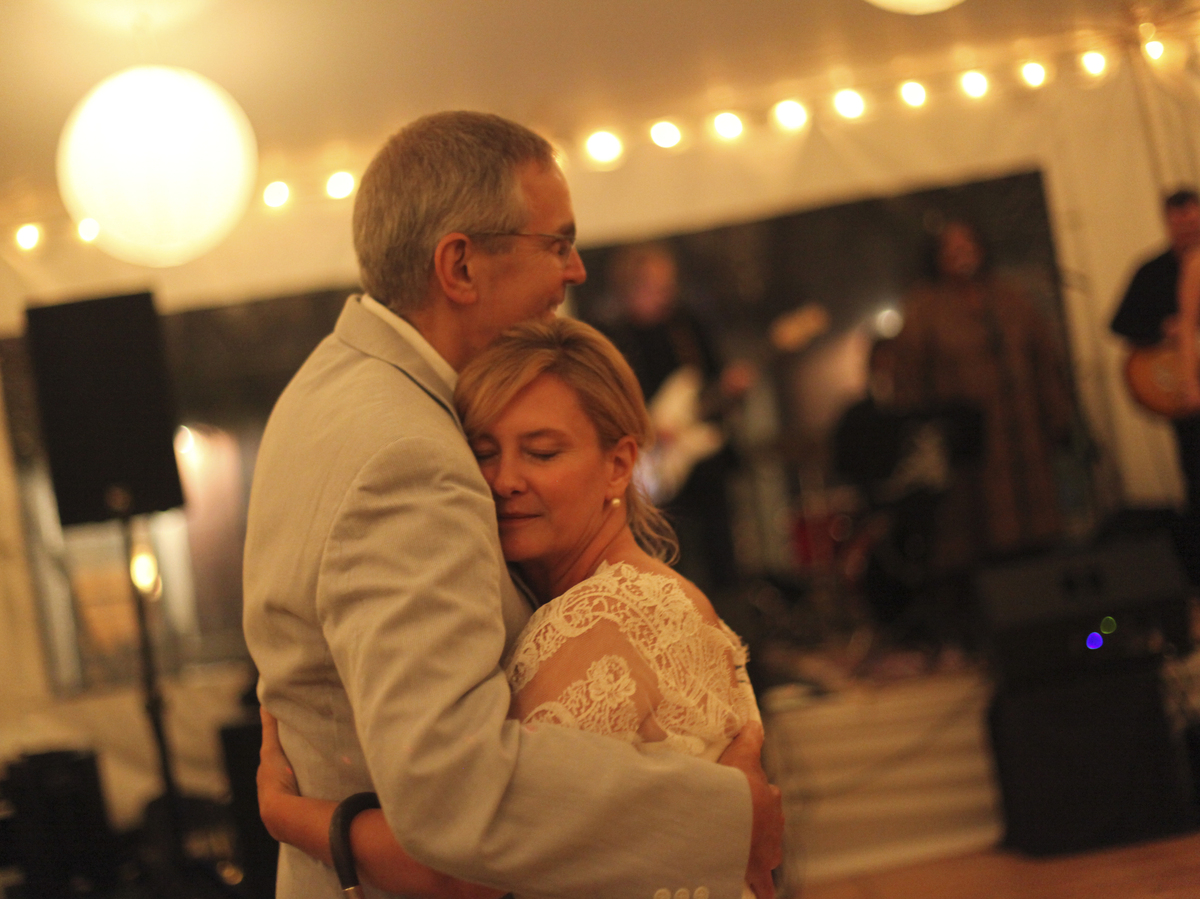 Marcela Gaviria dances with her orthopedic doctor, Dempsey Springfield, at her wedding in June 2012, some 30 years after he performed her first surgery.

But this year, she did get married. At her wedding, her first dance was with Springfield.

"I wanted you to have the first dance," she told him. "That was just a way of celebrating the fact that a lot of what I'm able to do nowadays is because of your care."

"Your wedding is the first wedding of a patient that I have ever gone to," Springfield said. "It's so rewarding to see that all of that, you know, getting up before the sun comes up to get to the hospital pays off. It wasn't squandered."

"Well, I have a great surgeon that really cared to get it right," Gaviria says. "It's a beautiful thing."

Today, Gaviria walks with a cane. Despite all of the surgeries, there is still a very real possibility that Gaviria will lose her leg, so there are more surgeries in her future. But at least she knows a good surgeon.