Mario Kreutzberger, aka Don Francisco, has served as host of Sábado Gigante since the show's debut in 1962. The variety show will mark its 50th anniversary on Saturday. Alan Diaz/AP hide caption 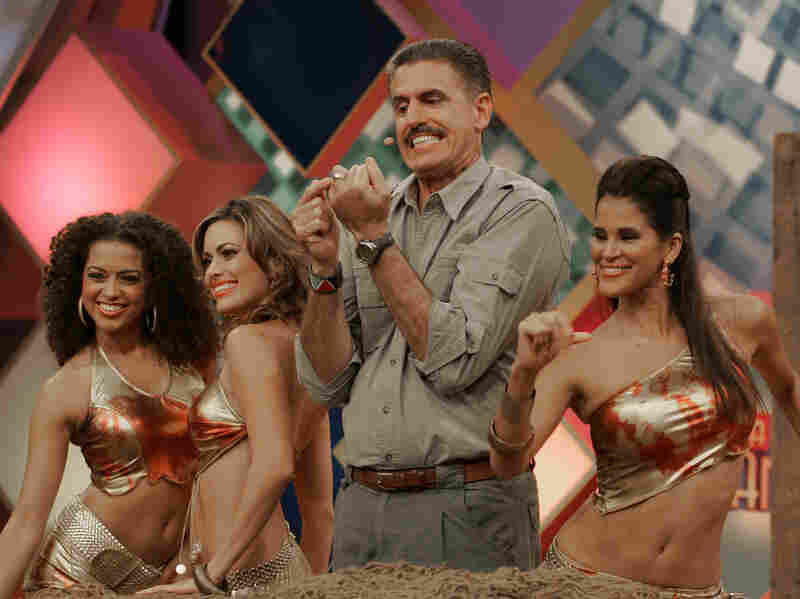 Zoologist Ron Magill points to his wedding ring as dancers surround him during a 2006 taping of Sábado Gigante. Lynne Sladky/AP hide caption 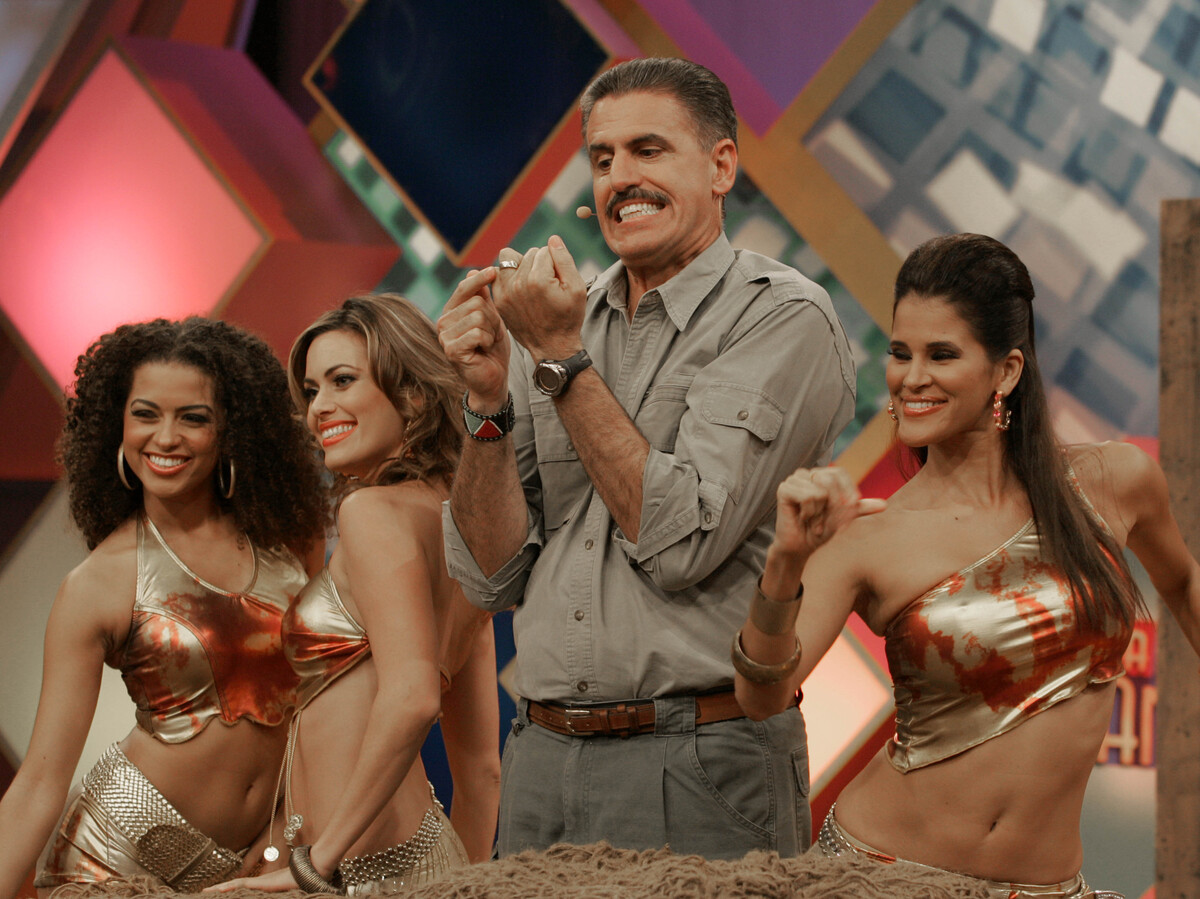 Zoologist Ron Magill points to his wedding ring as dancers surround him during a 2006 taping of Sábado Gigante.

Ivalisse Pina has been watching Sábado Gigante for 25 years. The 61-year-old retiree from the Dominican Republic is a die-hard fan. It's a fun show, she says from her home in Orlando, where she watches every week with her grandchildren. They share popcorn, she drinks her Coors Light and they laugh along with Francisco.

"Don Francisco is a strong character," she says. He's funny, he's happy, and mostly, he reminds her of her late husband. Pina says she likes the weekly car raffle and a recurring skit about a goofy hospital.

For half a century, Sábado Gigante has been a raucous romp, with hours and hours of musical guests and dancers. It's a variety show; it's a talk show; it's a game show. Think Price Is Right meets American Idol meets The Gong Show. Francisco has his regular sidekicks, like "La Cuatro," who gets slapped for being naughty and sings very badly, and a masked character known as "El Chacal," the jackal. Whenever there's a really awful singer, he blows his trumpet and gets the audience to boo.

The show includes cheesy skits and corny audience sing-alongs, and the risque "Miss Colita" contest, with close-up shots of women dancing around in string bikinis.

A younger generation of Sábado Gigante fans say they grew up watching the show with their families. At a street festival in Whittier, east of Los Angeles, Ray Marquez, 33, says he still tries to sneak a peek when his wife isn't looking.

But Daniel Rojas, who's 29, finds it all tacky and offensive. "I wouldn't let my kids watch it," he says. "There's too many half-naked women on it. And there's like a double meaning to their jokes so the show's not on there for kids — even though they do have that kids section where they ask kids questions. But I think that's for the amusement of grown-ups. Kinda like 'kids say the darndest things' kind of thing."

New York blogger Laura Martinez says the long-running show has launched many a career for Latino singers and dancers. And she says Francisco hawks cars and sodas and beer for his sponsors. "Sábado Gigante is an advertiser's dream come true," she says. "You have the entire live audience singing and dancing to the tune of your ad."

Martinez, who's 43, has also watched the show in Mexico, Chile and Argentina. She says for many Latinos and Latin Americans, Sábado Gigante has been a staple.

"It's old-fashioned, and I think that's part of its success," she says. "It's remained the same. ... There is La Chacal, there is El Chacal with the trompeta, there is Don Francisco. You can find Latin Americans who say they hate him, love them, they don't care. But it's hard to find someone who says 'who?' Everyone knows who this guy is."