Accessibility links
As Jihadists Spread, Connecting The Dots Proves Hard Over the past decades, officials have been quick to look for an al-Qaida link in terror attacks. But as Islamist groups spread throughout the Middle East and North Africa, their relationships with — and differences from — al-Qaida are growing increasingly complex. 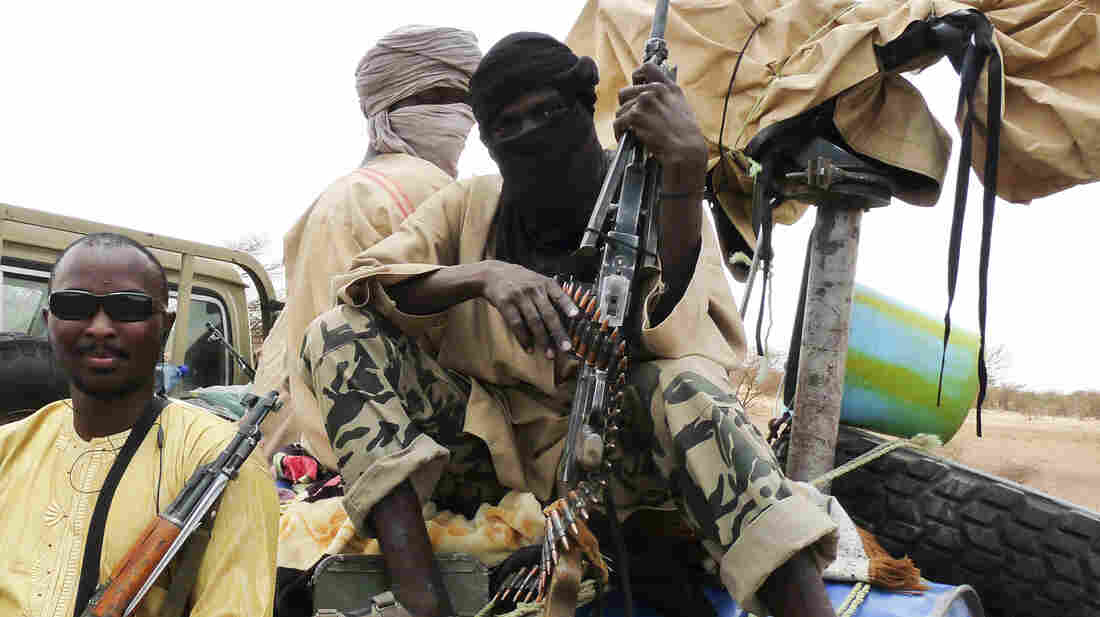 The Ansar Dine group in northeastern Mali is among the Islamist factions proliferating in North Africa and the Middle East. Officials have focused on possible links between these groups and al-Qaida, but counterterrorism experts say understanding the differences is just as important. Adama Diarra/Reuters /Landov hide caption 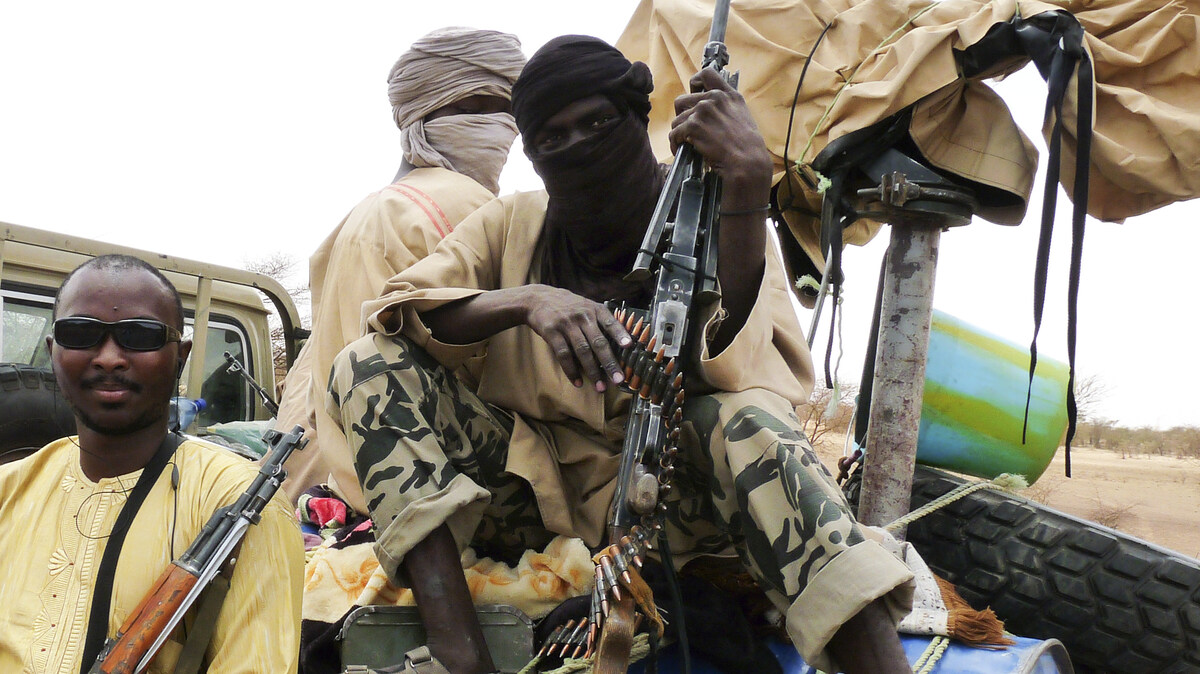 The Ansar Dine group in northeastern Mali is among the Islamist factions proliferating in North Africa and the Middle East. Officials have focused on possible links between these groups and al-Qaida, but counterterrorism experts say understanding the differences is just as important.

More than a year after popular protests rocked the Arab world, U.S. intelligence officials are struggling to understand the myriad of Islamist groups that have filled the vacuum.

Those groups run the gamut from moderate believers who are willing to give the political process a try to violent extremists. The difficulty is figuring out which is which.

The day after the attack on the U.S. consulate in Benghazi, Rep. Mike Rogers (R-Mich.), chairman of the House intelligence committee, told CNN, "There are still some fuzzy details that I think we'll have resolved in the next few days to have a for sure and for certain. But clearly it has all the hallmarks of an al-Qaida-style event."

In the weeks since, it has become clear that multiple groups were involved — and that highlights a significant challenge for counterterrorism officials: Not all Islamist groups are al-Qaida.

Al-Qaida Links: Only Part Of The Equation

Over the past decade, policymakers focused on what jihadists had in common with Osama bin Laden's terrorist organization. And that approach seemed to bear fruit, says Christopher Swift, a professor of law at the University of Virginia. "In the process ... we've discovered a lot of linkages and relationships," he says.

But while the relationships between groups are important, he says, their differences are, too.

"Those distinctions can be very important in helping us understand who's operating where, what their objectives are, whether they buy into the al-Qaida ideology and whether they have any kind of meaningful operational relationship with al-Qaida," Swift says.

That last notion, of meaningful operational relationships, is what really concerns U.S. officials. In Mali, local groups have ties to al-Qaida, and the group's North African affiliate is now helping run two-thirds of the country.

But J. Peter Pham, director of the Africa Center at the Atlantic Council, warns that Mali is a place where the U.S. should avoid assuming that all Islamists are in step with al-Qaida.

"Because the key to solving the crisis in Mali is nuance," Pham says. "Dividing ... the various groups and distinguishing those you can work with, those that have to be opposed and those in-between."

There are important distinctions to be made among Islamists elsewhere as well. In Syria, for example, a number of Islamist groups are fighting the Assad regime. Because they have a common enemy, the patchwork of rebels and Islamists that make up the Free Syrian Army are willing to accommodate al-Qaida. But ideologically and politically, the groups have huge differences.

The University of Virginia's Christopher Swift says those tensions "are important because they provide an opportunity for engagement — to understand what these groups want, and which ... can be broken off from these temporary coalitions with al-Qaida."

In other words, the counterterrorism version of "divide and conquer."

As for the Benghazi attack, the group thought to be largely responsible is Ansar al-Sharia, a local Islamist militia that is not an arm of al-Qaida, though some of its members share the group's ideology.

This week, Tunisia announced that it had made the first arrest in connection with the attack: a 28-year-old Tunisian man — who's not a member of al-Qaida, either.

This all underscores how important, and how complex, it has become for counterterrorism officials grappling with the changing nature of extremism in North Africa and the Middle East to understand the differences among Islamist groups.

The lesson that's emerging: If there's a terrorist attack, you can't just assume it's al-Qaida.