Accessibility links
Bust To Boom: Why Housing Matters, Economically The presidential candidates won't let up on their economic talk, but job creation has stolen housing's thunder. Energizing the housing market could drive economic recovery, but a number of economic and political potholes lie ahead. 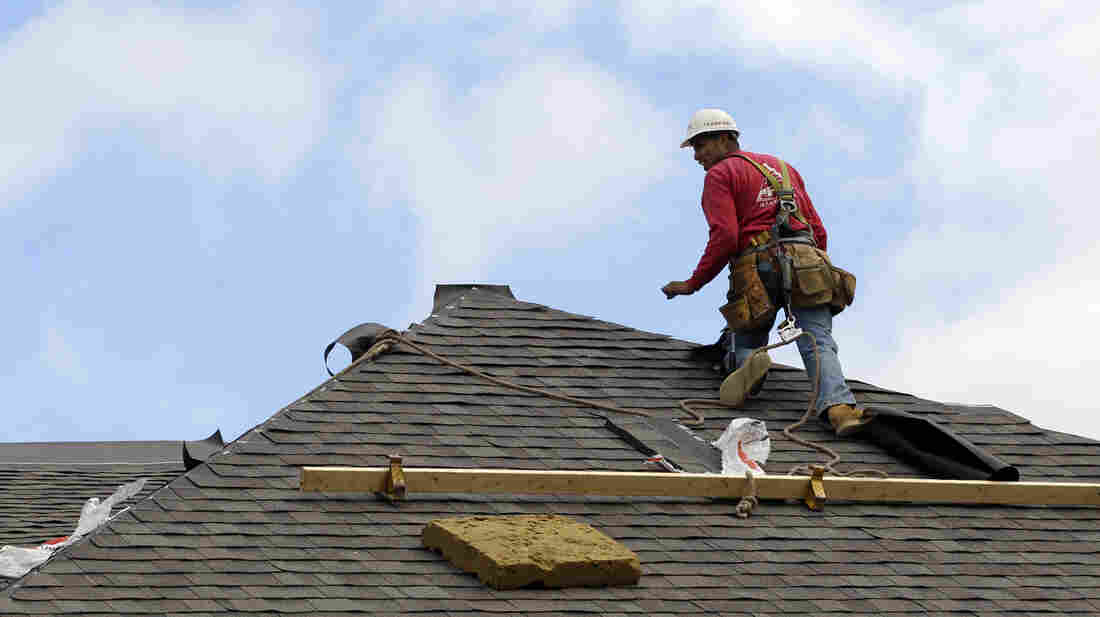 A construction worker finishes a roof in Chicago on Oct. 12. Signs of recovery in the housing market are springing up nationwide, but there's still a ways to go. Nam Y. Huh/AP hide caption 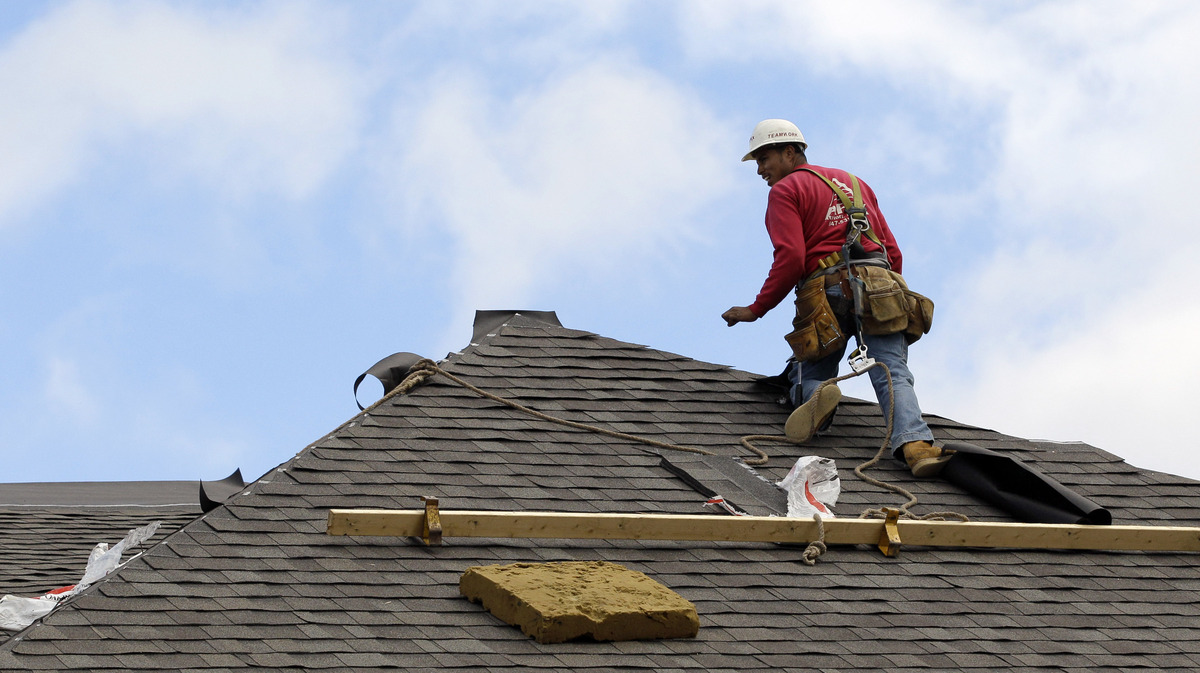 A construction worker finishes a roof in Chicago on Oct. 12. Signs of recovery in the housing market are springing up nationwide, but there's still a ways to go.

The economy has peppered political speeches for much of the presidential campaign. But talk of creating jobs has stolen thunder from the housing market.

The epic housing collapse four years ago was a key ingredient in creating the Great Recession in the first place. Plus, boosting the housing market can be a boon for overall economic recovery.

Derek Thompson, senior editor at The Atlantic, follows the housing market. He says housing is a major driver of the overall economy because it impacts multiple sectors. When you buy a home, for example, you also buy things to put in it. When companies notice that kind of activity, they respond, he says.

That knock-on effect is boosting stocks at Home Depot and Lowe's; they're trading at their highest prices in a decade. That, in turn, lures investors.

"I think we're actually just beginning a long-term cycle here," he says. "I think if you look at the home builders and the construction companies themselves, they're not quite optimistic yet, but they've certainly become less pessimistic."

"What we're seeing now is low inventory ... lots of buyers in the marketplace, rents are up" she says, "and we're seeing a situation where it's almost difficult to find a home as a buyer. It's a multiple-bid situation in a lot of instances."

Still, a number of false starts in the economy over the past few years have fallen flat. This time, according to Thompson, the growth is real — if halting.

You Ask, We Answer: Candidates On Housing, Taxes

Mortgage Interest Deduction Could Be In Play

The Recovery We've Been Waiting For

"And today, they're accounting for only about 10 percent of the recovery," Thompson says. "So we're missing this huge, important engine of economic growth."

He says there are a couple indicators to look for when assessing the housing market: Is housing being built and what kind?

"One of the reasons why this recovery has been so disappointing is because we overbuilt in what's called single-family houses," Thompson says.

But we've been lacking apartment complexes. He says that's starting to change. One of the driving forces in apartment construction is a nascent trend of young people moving out of their parents' homes. Rather than jumping into home buying, they're looking for apartments.

"Hopefully, once we see enough of these apartment buildings being built, we'll sort of hit a ceiling in the apartment sector, and then you'll see people starting to move out of apartments and into houses," Thompson says. "And then you'll really have the housing recovery that we're all waiting for."

Recovery is uneven, but in states that have been hit the hardest — Michigan, California, Florida, Arizona and Nevada — there are hopeful signs.

"As you look across the country, not everything is improving or declining at the same rate," he says. "But you know what? That looks less like a recession and more just like a regular economy."

Still, many homeowners are struggling with foreclosure and renegotiating their mortgages. With the presidential candidates relatively silent on the issue, Thompson says, voters are left wishing.

"Right now I think there [are] a lot of people who are sort of waiting and hoping that if Romney is elected, if Obama is elected, that they'll have a kind of secret plan to replace the current strategy with proactive policies that say ... 'We understand how important housing is to a recovering economy, and we're going to make sure that 2013 doesn't look like 2009 through 2012,' " he says.

As Americans await the election, there are still things holding buyers and investors back — whether the mortgage deduction will still remain, for example, or the impact of problems abroad. Thompson says Congress could be another tripwire.

"Right now, the U.S. economy is recovering — the private sector, at least — at a decent pace. What would really hold us back is that this do-nothing Congress does nothing again and lets the fiscal cliff happen," he says.

Thompson points to a Congressional Budget Office report that says the fiscal cliff would cut the average family's disposable income by about $2,000.

"So housing is a risk. You're always taking a risk when you make an investment," he says. "And the question is: Are you more likely to take that risk when you know you're going to have a $2,000 hit the next year? I would say no. So the economy is doing OK, but Congress could still really screw it up."