Accessibility links
Impersonating The President: From Will Rogers To Obama's 'Anger Translator' Elizabeth Blair finds that presidential impersonations came and went and then came back again, but it's not always easy to find just the right angle on a sitting president — or a challenger. 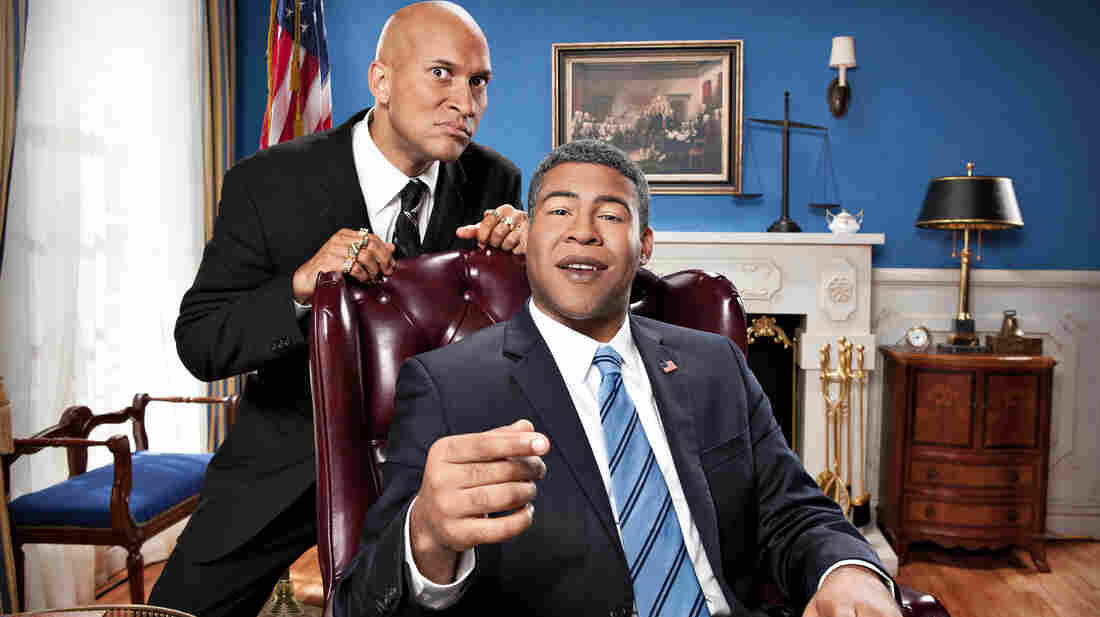 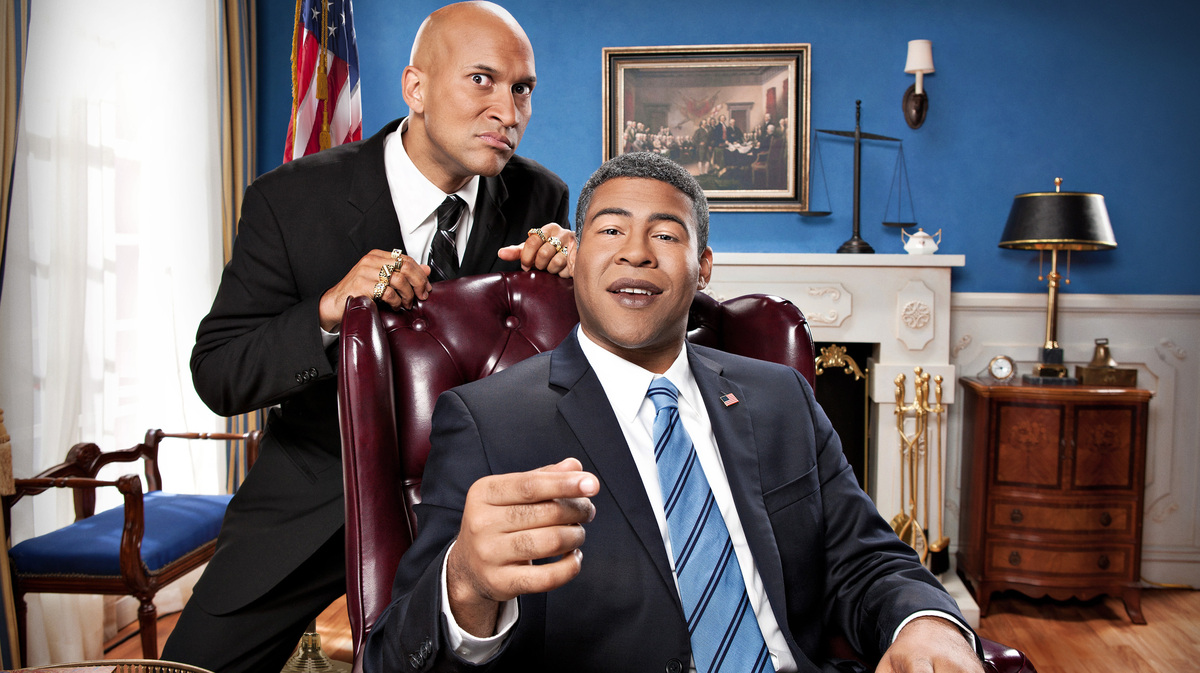 Political commentators will be working overtime in the countdown to the presidential election. So will political comedians, including the candidates' impersonators.

Impersonators have been part of the political landscape for so long, it's hard to imagine a time without them: Rich Little, Dana Carvey, Will Ferrell, Dan Aykroyd, Darrell Hammond, Tina Fey and other comedians have all famously done their turns as candidates. Remember "I can see Russia from my house"?

But if you go back further in history, you won't find much. At one time, impersonating the president was a no-no. Take the time, in 1928, when Will Rogers announced on his radio show that President Calvin Coolidge was about to make some remarks. "Everybody believed that the next voice they heard was Calvin Coolidge," says Peter Robinson, author of the political comedy book The Dance of the Comedians. "And he had to go on the air within days and completely clear the air, as it were," says Robinson. Will Rogers also apologized to President Coolidge. In the 1930s, the White House officially came out against mimicking the president on the air.

A few decades later, the climate changed completely. It began in 1962 with the comedy album The First Family, starring Vaughn Meader's dead-on impression of President John F. Kennedy. This take on the Kennedy White House was like nothing people had heard before. Radio stations started playing excerpts. People started quoting their favorite lines, including, "The rubber swan is mine." Or "schwahn," in Meader's thick Boston accent.

Some people — including White House officials — were not amused by the parody. But pretty quickly, The First Family became a huge hit, selling some 6 million copies in the first six weeks of its release. Then a year later, Kennedy was assassinated, and the recordings all but disappeared. "It did evaporate very quickly," says Robinson. "Americans just had no stomach for the imitation of a dead president."

But Robinson — who teaches history at the College of Mount St. Joseph — says Vaughn Meader and his writers threw open the door. "The tremendous success proved that the American public was willing to entertain the thought of presidential impersonation," he says. That was a very good thing for people like Rich Little and Dana Carvey. Presidents have given them some of their biggest hits.

When Barack Obama ran for president the first time, he posed a bit of a challenge for some comedians, says Bill Carter of The New York Times.

"I went around to a lot of the comedy writers for late night shows, and I said, 'What is the comedy take on this guy?' And ... it was driving them crazy, because they didn't have one. It's obvious what the take is on Clinton, you know, he's a sexual hound, right? Or Bush was sort of a bumbling idiot. You find this theme about a guy," says Carter.

Even Saturday Night Live struggled to find the right Barack Obama. The first comedian to try him was Fred Armisen, who isn't black. Bill Carter didn't think it worked. "Fred was doing the character and doing the cadence right, but he wasn't making much fun of him, and you have to make fun of him to work," says Carter. Part of the problem, thinks Carter, was that Armisen played it too safe. This season, Saturday Night Live introduced a new president, played by black comedian Jay Pharoah. Carter is a fan. "I think it's kind of interesting that they've shifted at Saturday Night Live to a black performer. I think it frees them up more."

Former Gov. Mitt Romney is also a tough one to impersonate, says Robinson. For starters, physically, he doesn't lend himself to caricature. Robinson says SNL's Jason Sudeikis wisely relies a lot on a beady-eyed stare. "His ability to look like Romney as the man who projects — or tries to project anyway — a sense of averageness," says Robinson.

During the last campaign, two comedians figured out a way to do a completely different kind of impersonation — and it takes both of them. On Comedy Central, Jordan Peele and Keegan-Michael Key came up with a comedy hook that operates on a whole other level. Peele, as President Obama, sits in his chair looking calm and unflappable. Key, as his anger translator, Luther, flails his arms and paces back and forth, unleashing Obama's inner thoughts.

Key and Peele came up with this presidential-alter-ego-subconscious spectacle because they never saw Obama get angry, says Jordan Peele. "Luther is the id," says Peele. "The thing that all of Obama's supporters are thinking and a lot of other people as well, but just goes unsaid."

Key and Peele's impersonation has gotten a lot of attention. Even the president has commented, and Key and Peele got to meet him. "First of all he said, 'I need Luther. I need Luther.' It was bananas," says Peele.

As thrilling as it was to meet the president, Peele admits this hasn't been the best year for impersonations. "Last time we had Sarah Palin, who came in and who, as far as comedy is concerned, she's the grand slam," he says.

Without Tina Fey's Sarah Palin, there is, says Peele, a campaign comedy "vacuum."